As we kickoff the trading week, the short squeeze in gold appears to have legs, plus silver bulls close to regaining the upper hand.

Silver
August 3 (King World News) – James Turk:  Bulls in silver have held their ground in the $26.275-$22.46 battlefield (July 28th hi/low). $23 has been tested and held. That was a good show of strength. So let’s see if bulls can now build on that strength and gain the upper hand by probing resistance above $25+. 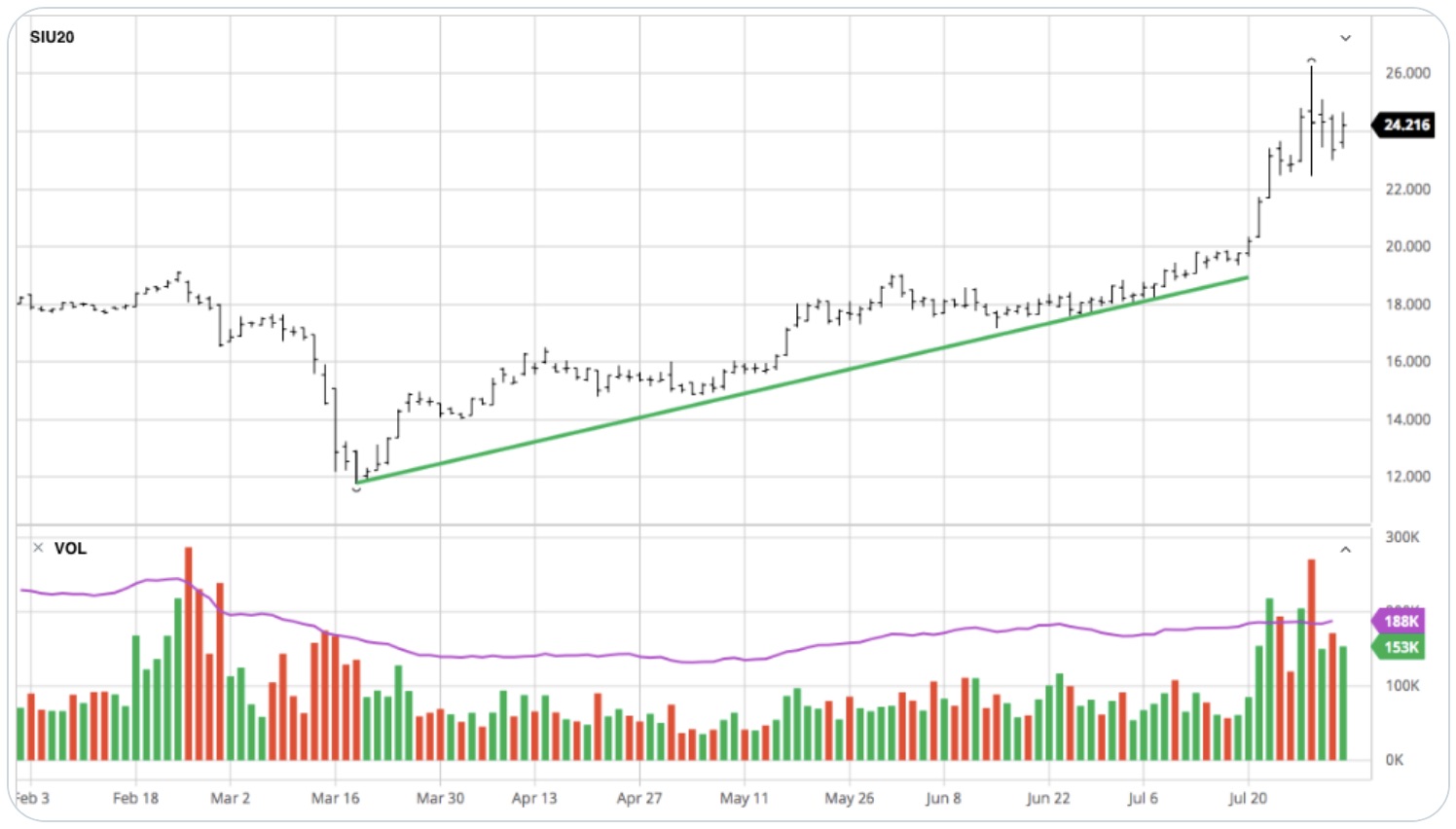 Short Squeeze In Gold Appears To Have Legs
Alasdair Macleod:  COT analysis: the box below shows the changes in non-spec and spec categories. Note how non-spec shorts reduced 50/50 between categories. Also note how managed money cut longs and added a few shorts. Clearly, they read the charts. (See below).

Managed Money are now 42% of the specs so not the main influence and effectively neutral. The swaps are still massively short – $52 billion gross, or $37 billion net of longs. In money terms they have made no progress despite the fall in open interest of 4,509 contracts…

Conclusion:
Charts say gold overbought and due a correction. COT figures reveal otherwise with swaps being squeezed on bear positions and the real speculators, hedge funds, only neutral on OB/OS measure. This squeeze appears to have legs for a further move up in the coming days.

***To hear one of the most important interviews of 2020 with Michael Oliver discussing skyrocketing gold and collapsing stock markets click here or on the image below.

Gold Market Setting The Stage For A Massive Shorts Squeeze