As we come to the end of 2021, today Michael Oliver, the man who is well known for his deadly accurate forecasts on stocks, bonds, and major markets, communicated to King World News that investors should expect “shock and awe” from the silver market in 2022.

December 23 (King World News) – Michael Oliver, Founder of MSA Research:  In this brief report we focus on silver and the S&P 500 (full report available to subscribers). These two (and other key markets) have amply defined their pending trend-change structures via long-term momentum. Opposites they are. 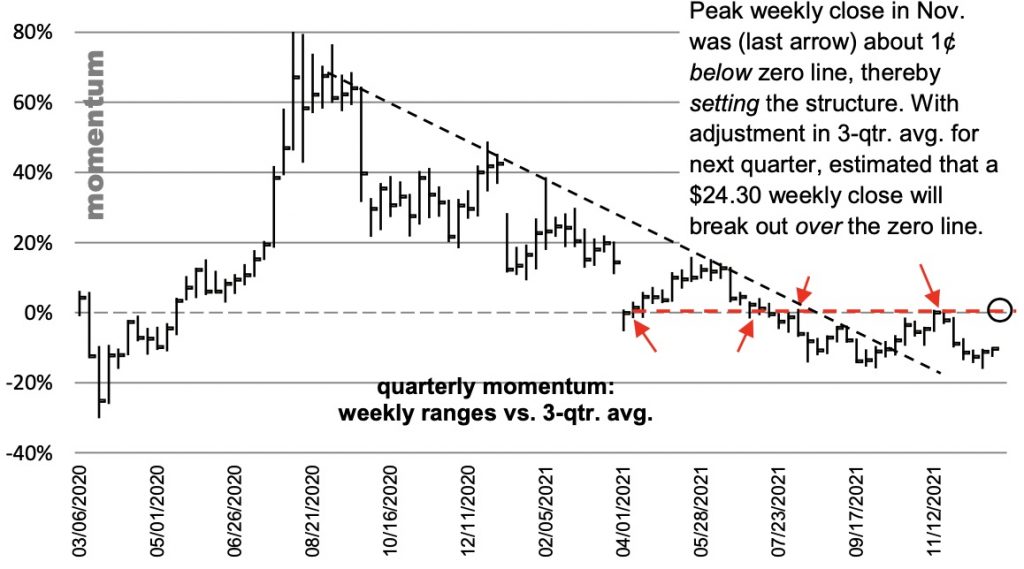 While silver “set” its key upturn structure to the decimal in that “failed” November rally (such failures are part of the process of defining pivotal structures), the S&P 500 has been doing precisely the opposite—structure well-constructed just below—which when triggered will begin the process of unwinding, or rather destroying, the thirteen -year-old bubble it was gifted by the Fed and other developed-economy CBs…

Meanwhile, as the major money units have declined massively in their real value (i.e. buying power), such real assets as silver and gold are positioned as alternatives. Indeed, among an entire new wave of young investors the notion of a government monopoly over “money” has been intellectually flushed. An act of rebellion in effect. As those investors embrace Bitcoin and Ethereum et. al, they implicitly acknowledge that they don’t need or trust “government” money. And some of those same young investors have also embraced silver as an alternative (in that regard we reference the Wall St. Silver crowd on Reddit).

And so as the bubble assets begin to top, then pop and fail (see the S&P 500 on the next page), such charts as silver above will emerge robustly and likely with some shock and awe…to subscribe to Michael Oliver’s MSA Annual Research at a special KWN discounted rate CLICK HERE. Look at these testimonials: