With continued uncertainty in global markets, the Godfather of newsletter writers, 91-year-old Richard Russell, covered the big picture and the monster that's scaring all investors.  The legend also discussed the chaos in China.

Richard Russell:  "In the big picture, the monster that’s scaring all investors is deflation. The central banks are now all fighting deflation, and the Fed has still not put in its first rate increase. The media treats it as an accomplished fact, but I am not convinced that the Fed will really pull the trigger.

What do you do when the market is crashing? If you’re the People’s Bank of China, you don’t fool around; you devalue your currency. This is exactly what China has done.

The Chinese devaluation has so muddied the waters that even the Fed backs off in a state of confusion. The devaluation makes China’s exports more competitive, and I wonder, is this the beginning of currency wars? Merchandise that’s sold to China is not as profitable, and China’s exports are cheaper in terms of other currencies. Since China is the world’s second largest economy, all other nations must become more competitive if they are to survive.

I suspect the world is on the edge of a currency war. While the world is dealing with the early stages of currency wars, my own reaction is to be in assets outside the clutches of the central banks, which is another way of saying I feel safest in physical silver and gold.

***KWN has now released the incredible audio interview with 50-year veteran Art Cashin, where he discusses why the worldwide liquidation scramble could morph into a full-blown 2008-style collapse, the chaos in China, global stock markets, commodity markets, whether the U.S. stock market has finally put in a major top and much more, and you can listen to it by CLICKING HERE OR ON THE IMAGE BELOW. 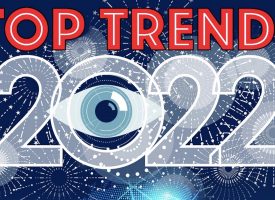