The Reddit WallStreetBets group is unleashing the silver price, but this will trigger real panic into gold and silver.

Panic Into Gold & Silver
February 1 (King World News) – Lawrence Lepard:  When Silver takes out ~ $35 and gold ~ $2,100 you are going to see the world’s largest examples of Gresham’s Law and FOMO. Terrified investors who hold dollar wealth are going to run for the exits and the exits are small. The largest transfer of wealth in world will start…

An All-Out Mania
Jason Goepfert at SentimenTrader:  This is beyond optimism, euphoria, or even bubble. It is an all-out mania. Despite the largest losses in months, small options traders nearly DOUBLED the amount of money they spent on buying calls to open last week. That’s more than $44 billion this month alone. (See chart below). 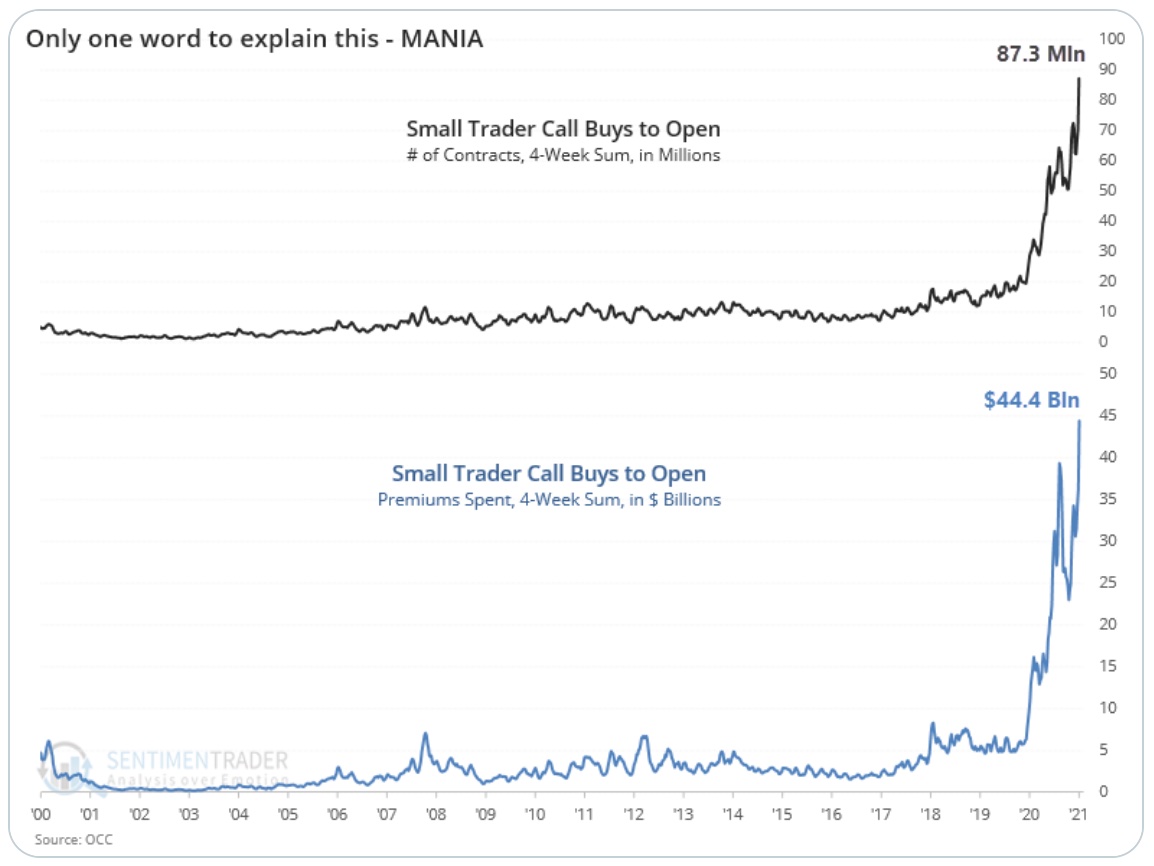 Reddit WallStreetBets Group Will Help Set Silver Free
Egon von Greyerz out of Switzerland:  Although the Reddit WallStreetBets group is unlikely to beat the big guns – BIS, Fed & bullion banks, etc – they will act as a catalyst to set Silver free from chronic manipulation (see chart below). 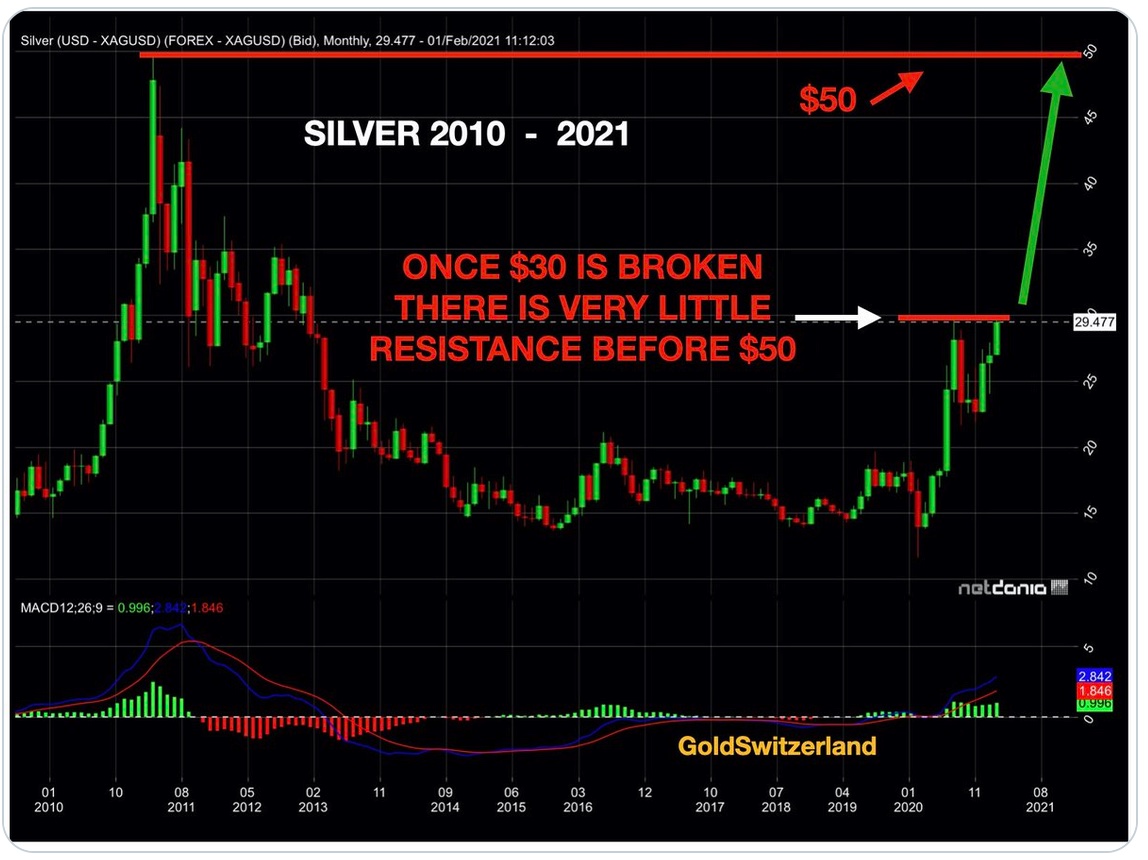