On the heels of continued weakness in gold, Raymond James says gold stocks may finally be a buy here.

Stock Market, Crude Oil And Gold
May 1 (King World News) – Here is a portion of what Andrew Adams at Raymond James wrote today:  First the somewhat bad news about the bigger picture. The S&P 500 is nearing a former trendline that has done a decent job acting as support and resistance over the last three years (red line).

The Big Picture – S&P 500:
Stocks May Be Running Into Trouble 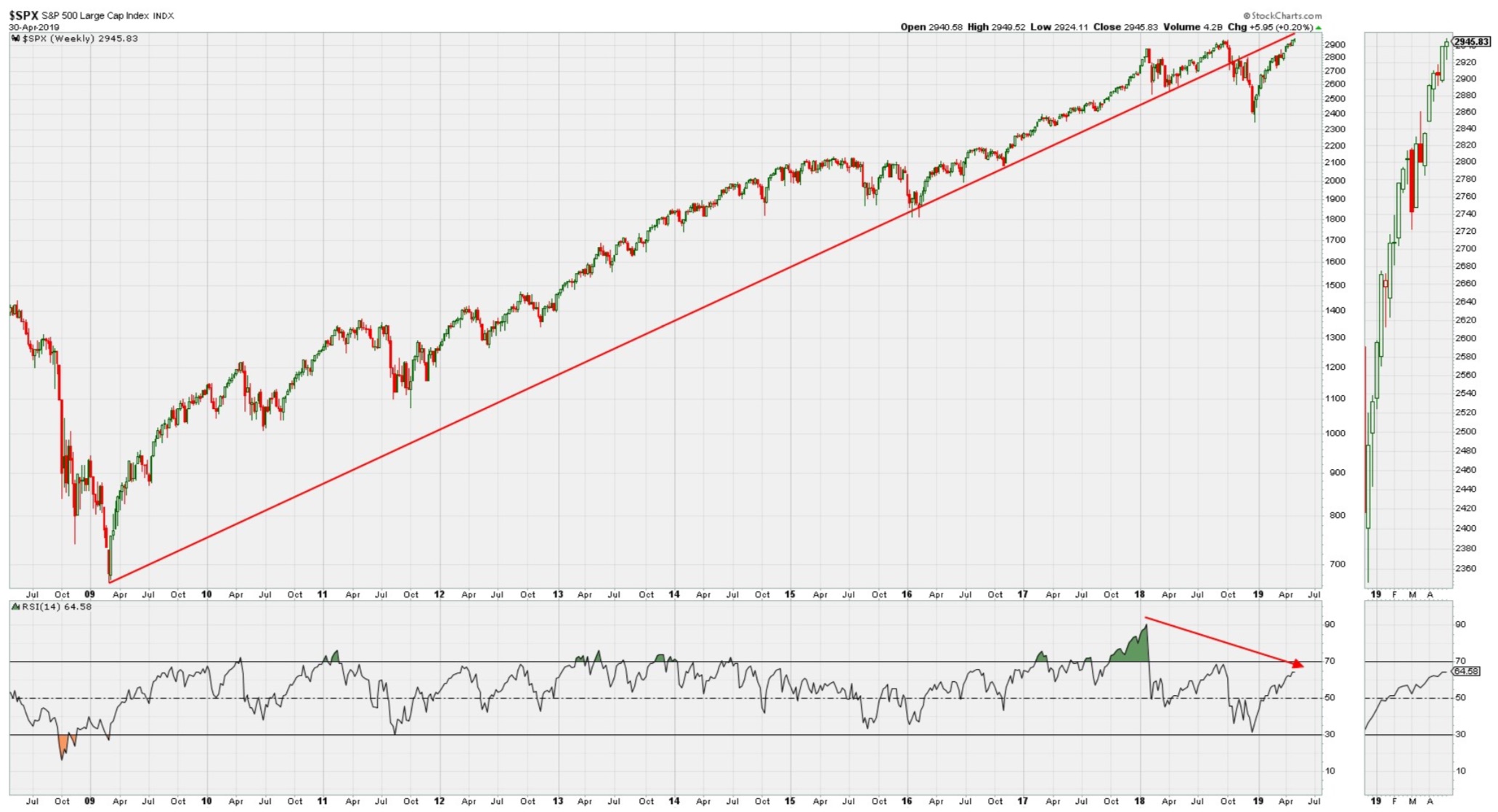 This line could cause the index some problems but doesn’t look like it will come into play until somewhere above 3000. Just something to watch in the weeks/months to come. Also a bit concerning is that while the S&P 500 itself has now made two “higher highs” since early 2018, its RSI indicator has made two “lower highs” (lower panel). This is not necessarily a sell signal by itself, but does mean that the last two breakouts to new all-time highs have occurred with less momentum than the previous breakout…

Keep an Eye on Oil
There has largely been a positive correlation between crude oil and the S&P 500 over the last several months (meaning they typically move together), so I am keeping an eye on oil, which has gone from making new reaction highs to putting in a lower reaction low in a hurry over the last couple of weeks. 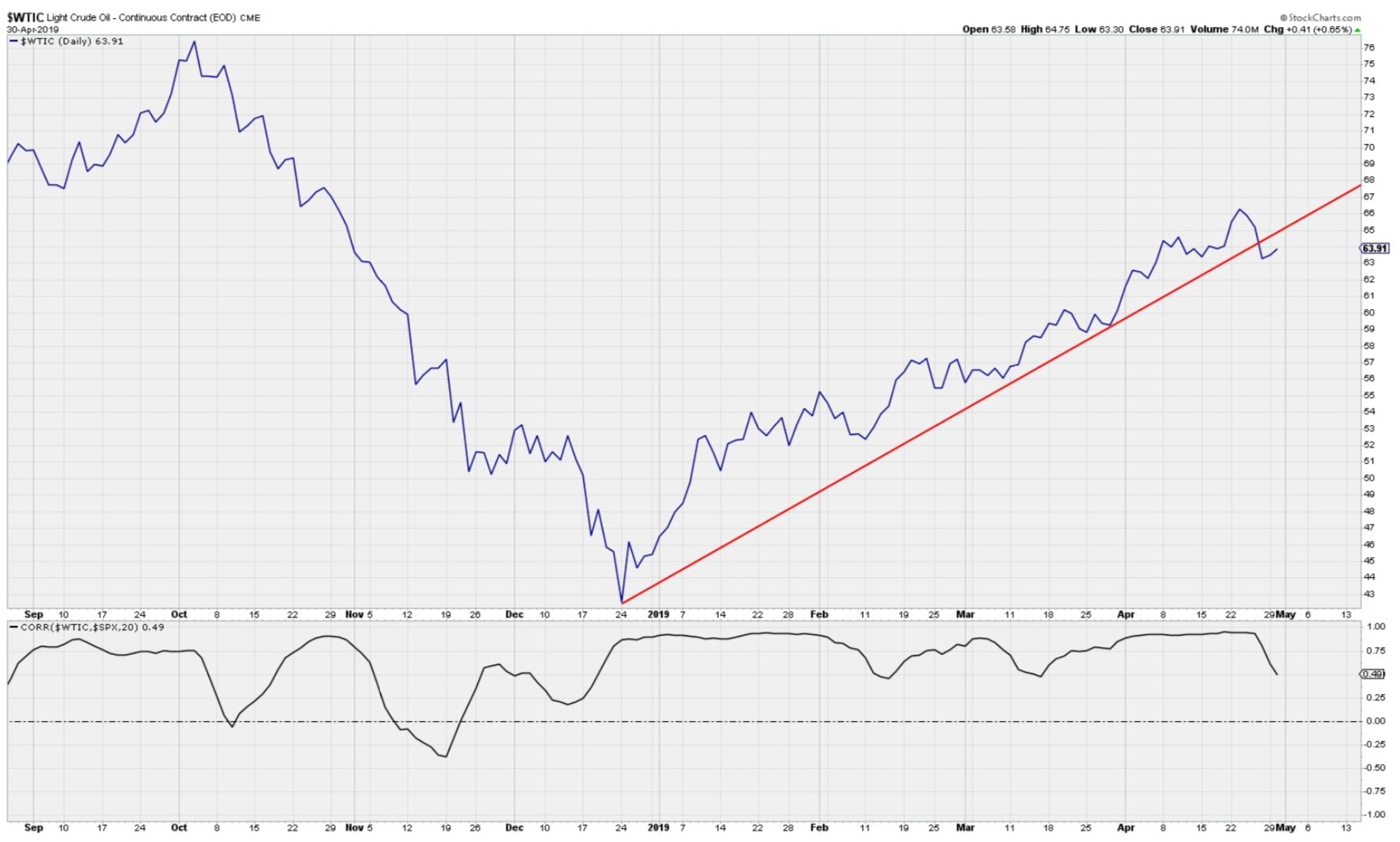 In the process, it has broken its uptrend from the late December low. This doesn’t mean oil has to fall or that stocks have to fall with it, but it is worth monitoring. The fall in oil hasn’t exactly helped the beleaguered energy sector, which still needs all the help it can get.

Gold Miners Look Interesting Here
It’s hard to recommend anything tied to the precious metals after years of poor performance, but the gold miners (GDX) have pulled back to a confluence of support around $20.50-$21 where the risk-to-reward appears worth it for a trade (see chart below).

Gold Mining Stocks May Be A Buy Here

GDX had a nice uptrend from September to February and the hope is that it can make a similar move from here. It loses its appeal below $20.50, however.

King World News note:  Adams may prove to be correct about buying the mining stock here if the gold market reverses after today’s Fed decision.  Regardless, central planners are trapped and are getting closer to hitting the wall with regards to monetary policy.  This fact will ultimately be extremely bullish for gold and help to fuel the upside breakout that so many have been waiting for.

***Also just released: Multi-Billionaire Hugo Salinas Price – The Price Of Gold Is Going To Trade Multiples Higher Than What Is Being Quoted Today CLICK HERE TO READ.