With the price of gold repeatedly attacking a major breakout level, Jeff Saut’s partner at Raymond James just urged clients to keep a close eye on gold and the US dollar.

Gold So Close to Breaking Out
February 21 (King World News) – Here is a portion of what Jeff Saut’s partner Andrew Adams wrote:  Gold is having trouble breaking out above the $1,365 resistance level, but should it overcome that barrier, it could kick start another leg up for the metal. In the meantime, it remains fairly neutral on a short-term basis but it is worth monitoring in case the breakout does occur. 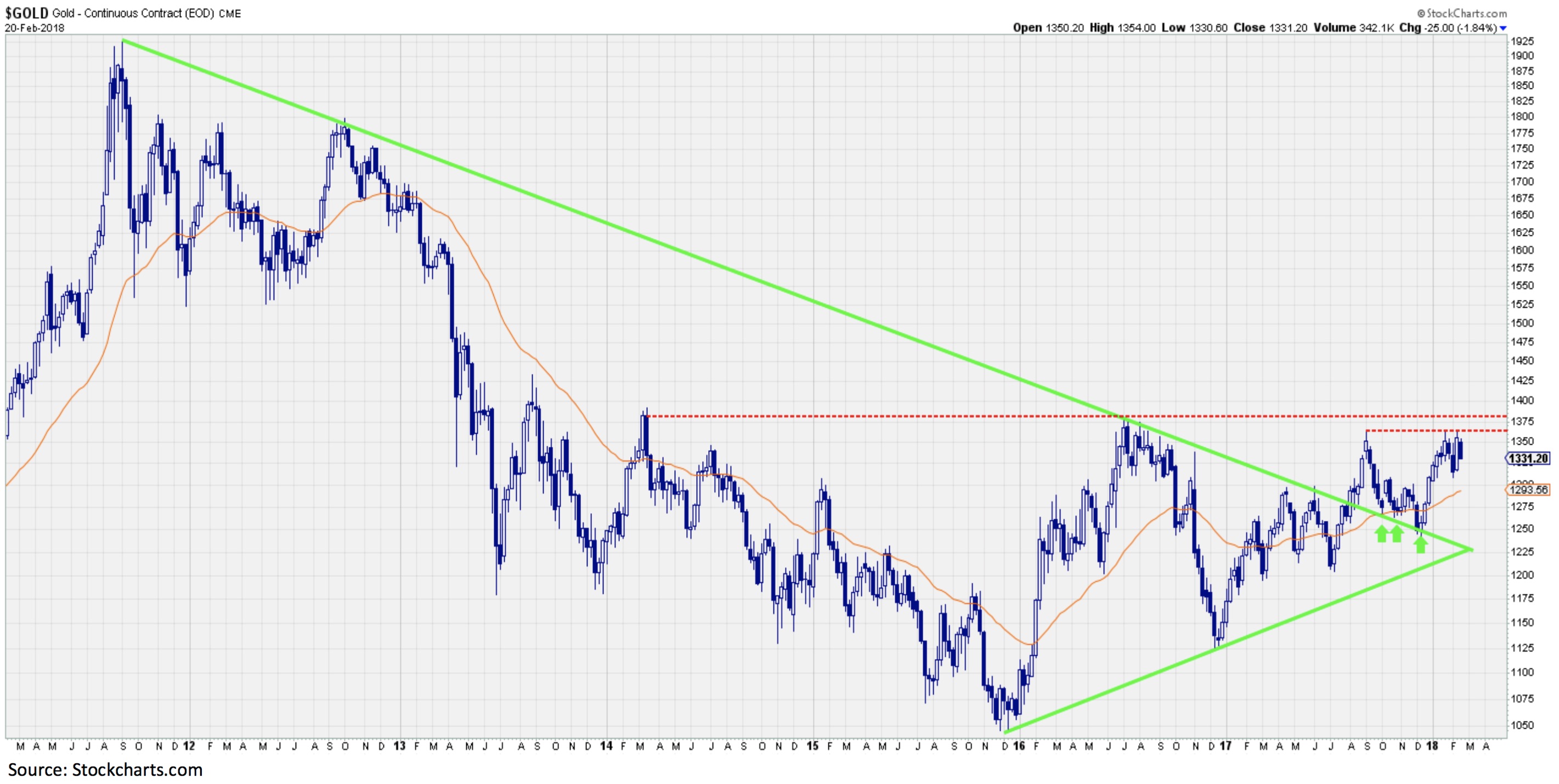 Should Gold Be Added to a Portfolio?
The smart folks over at Gavekal Research recently did some work regarding inflationary and disinflationary periods in market history. Their work showed that during “inflationary boom” periods, when both prices and economic activity are rising, gold can be expected to mostly outperform long-dated bonds. With many investors worried about an inflationary, rising interest rate environment and what it could do to long-term bonds held in a portfolio, perhaps gold could be considered an additional form of diversification…

What is clear, based on the ratio of gold to the 30-Year U.S. Treasury Bond price below, is that gold and bonds tend to go through long, multiyear stretches when one clearly outperforms the other. Bonds were the better performer for pretty much the entire 1982-2000 stock bull market, but from 2001 to 2011, gold was the better investment. That flipped again to bonds from 2011 to 2016, but since then, gold has outperformed and still looks to be the favored place at the moment.

U.S. Dollar Index Must Tread Carefully
We have noted the 88-89 support area in the U.S. Dollar Index since the start of this year, and the dollar remains very close to breaking down underneath it. A breakdown through 88 would also likely end the uptrend in the $USD that has been in place since early 2011, so suffice it to say that the dollar is worth watching closely here.

US Dollar In Danger Of Breaking 2011 Uptrend! 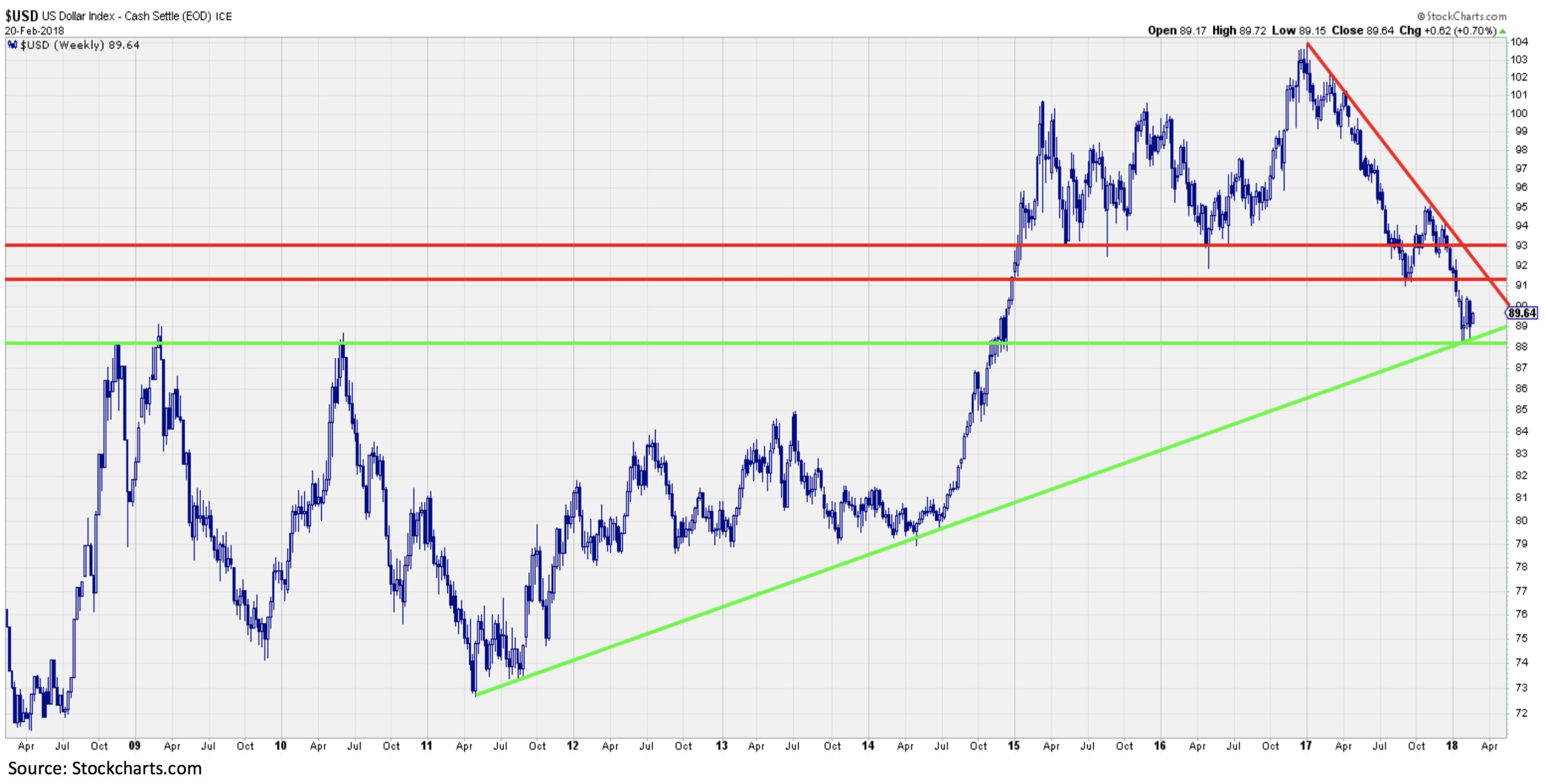 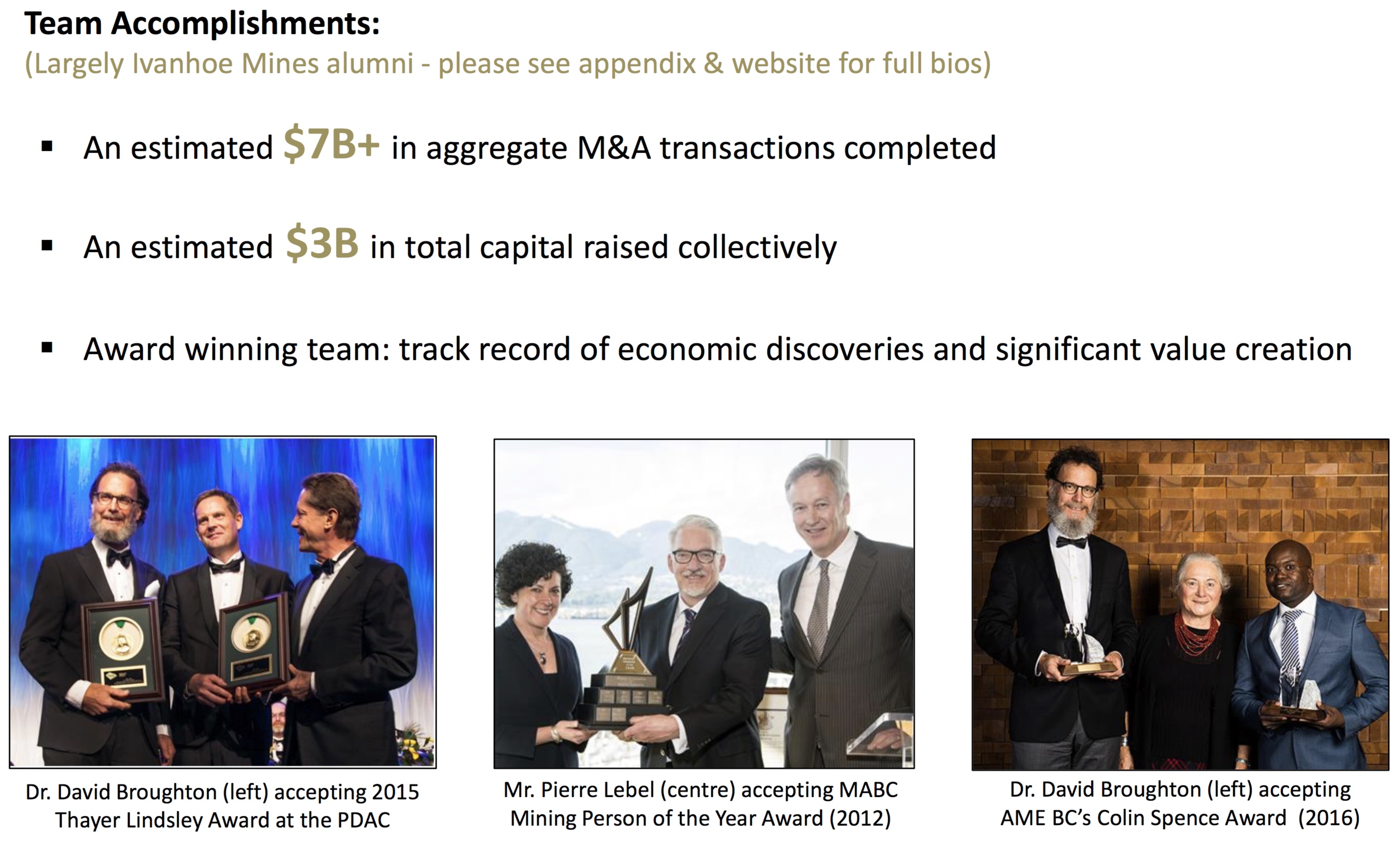 Matthew Hornor continues:  “On a daily basis I wake up trying to figure out how to drive shareholder value and so far our team has performed well beyond what was expected, but that is no surprise with David Broughton and Fred Speidel leading the charge on the technical side.

Staggering Upside Potential For Our Shareholders
We are also very excited to have started drilling once again.  We have been invited to attend the BMO Conference in Florida but we expect many other institutions to begin picking up coverage of Maple Gold, with GMP and Cannacord already picking up coverage.  The bottom line is 2018 should be a very strong year for Maple Gold, and if the price of gold experiences a major breakout to the upside, that will just turbocharge the upside potential for our share price.

It is also extremely important that KWN readers around the world know that in 2004 a company in our area, the Canadian Malartic project, had a $10 million market cap.  In 2014, that company was purchased for $3.9 billion.  This gives you an idea of the kind of staggering upside we believe is possible for Maple Gold shareholders.  Our stock symbol in Canada is MGM and in the US it is MGMLF.”

***KWN has just released the timely audio interview discussing the action in the gold, silver and mining share markets as well as the action in the stock markets and much more and you can listen to it by CLICKING HERE OR ON THE IMAGE BELOW.

ALSO RELEASED: Despite Pullback, Gold’s Mega-Breakout Is About To Unfold! CLICK HERE TO READ.