The Big Crapple: WTF is happening in New York City?

NYC MAYOR ADAMS: ATHLETES AND CELEBRITIES COUNT: COMMON MAN IS CRAP
March 30 (King World News) – Gerald Celente:  Another little nothing of a nobody with a bad attitude who bows down and sucks into the system, New York City Mayor Eric Adams, faced criticism last week after announcing that professional athletes in the city and celebrities will be granted special vaccine mandate exemption.

And, because they are lower life humans of his order, he will not let these workers go back to their jobs.

“The fired city workers voted for you,” one told Adams. The mayor stopped as though he was going to address the small group, but arrogant Adams brushed them off and continued walking with his security.

“I didn’t vote for you,” another worker said. “But I at least hoped that you would do better than [former Mayor Bill] de Blasio.”

The Trends Journal has reported extensively on New York City’s vaccine mandate and its impact on city workers.

Mayor Doesn’t Treat People Equally
Adams announced the exemption of high-paid athletes and other performers and said he expected backlash. Earlier last week, the mayor was asked if he was considering updating the mandate that impacts the private sector, and he said that is not something he is currently pursuing.

“I’m not making this decision loosely or haphazardly,” the mayor said. “The city has to function. Some will boo us, others will cheer us—that is not only a game of baseball but that’s the game of life and we have to be on the field in order to win.”

Adams said the city needs to “kickstart the city’s nightlife economy,” and pointed out that the industry employed about 300,000 New Yorkers before the COVID-19 outbreak.

FDNY Unions Call Bullshit
FDNY unions on Saturday called for a meeting with Adams to discuss his latest announcement, which they see as a contradiction in policy, according to NBC New York. The report said up to 500 firefighters are still unvaccinated and could stand to lose their jobs under the mandate.

The report, citing the unions, said about 15 firefighters have been fired due to the mandate, “while many more opted for retirement.”

The New York Post said Adams is not considering rehiring the terminated city workers. Adams has also said he was done talking about these mandates.

“When [Adams] was a candidate for mayor, or mayor-elect, he told de Blasio to sit down with the unions. Now it’s his turn to follow through on what Bill de Blasio did,” Andrew Ansbro, the Firefighters Association president said during a virtual press conference. “Mayor Adams, please sit down with us.”

Adams’ main argument in lifting the vaccine mandate for these players and performers is that having winning teams is important for the city’s rebound from the outbreak. Kyrie Irving, the Brooklyn Nets star, has been a vaccine holdout.

TRENDPOST:
As with the entire political system, money talks and bullshit walks. If you’re dependent on a city job, the mayor has signaled clearly what he, the overlord, thinks of your right to determine what gets injected into your body.

His decision to lift the mandate for professional athletes and performers came after a pressure campaign from owners and executives of “some of the wealthiest and most influential sports franchises in the country,” The New York Times reported.

The paper pointed out that the new Mets owner, Steven A. Cohen, donated $1.5 million to an Adams campaign super PAC, and has been paying a NYC lobbying firm $10,000 a month to influence City Hall on the matter.

Curtis Sliwa, the former Adams challenger for Gracie Mansion, took to Twitter to say the mayor should have rolled back the mandate for all workers, not just “millionaire sports players but the civil servants, especially who were the heroes at the time of the lockdown & pandemic and he made them zeroes.” 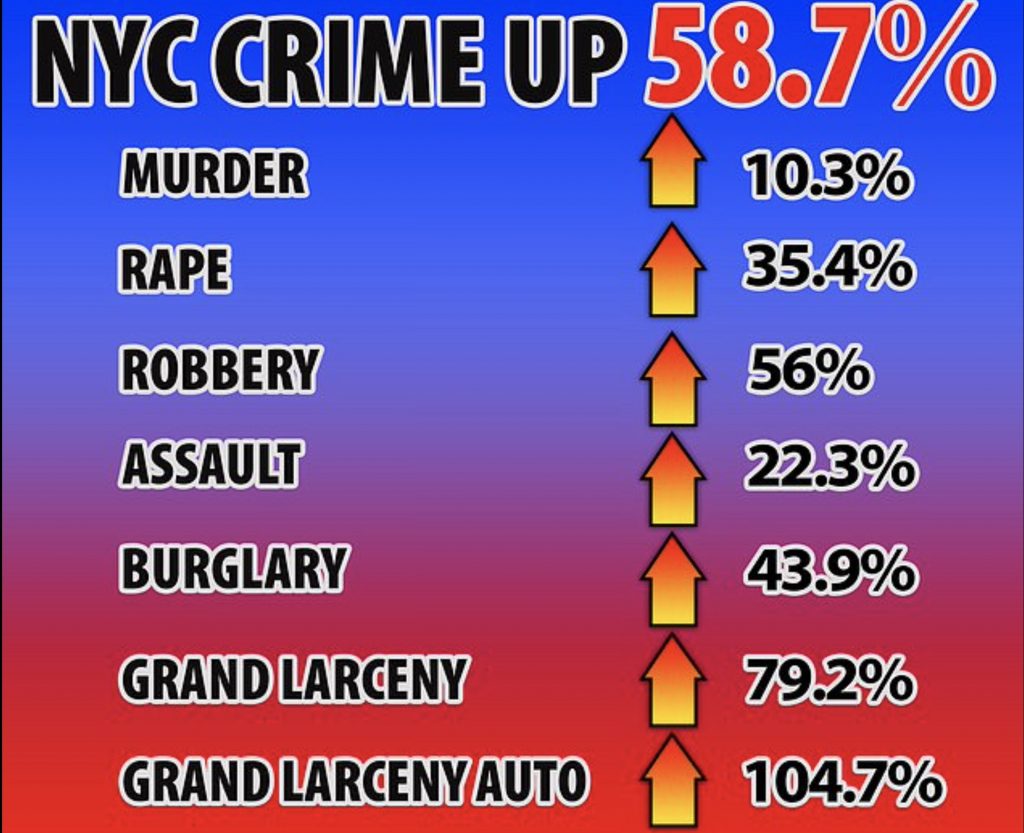