The perfect storm is pushing the price of silver toward a historic breakout.

Trifecta Of Drivers Supporting Silver
July 15 (King World News) – Ole Hansen, Head of Commodity Strategy at Saxo Bank:  Gold and silver trade a tad higher today after spending the past week consolidating around $1800 and $19. Its raising the question whether they are getting ready to continue their journey higher? Despite the potential headwind from optimism over a coronavirus vaccine, the foundation for a move higher is there. Not least due to a dollar punching at major support, U.S.-China tensions on the rise and real yields moving deeper into negative territory.

In our June 9 market update we highlighted the reasons why the potential introduction of yield-curve control by the U.S. Federal Reserve could end up being gold’s best friend. Yesterday Federal Reserve Governor Lael Brainard, an influential “dove” on the Fed’s board, warned that the U.S. economy appears to be slowing. While the Fed would need to carry out more analysis she gave a strong signal that yield-curve control was coming.

Monster Gold Catalyst
Some of the major moves in gold during the past decade often started with developments in the bond market. The real yield is the return an investor get on holding a bond position once the nominal yield has been reduced by the expected inflation during the life of the bond. Rising inflation expectations would normally increase the nominal yield as investors would want to be compensated for the lower real return. 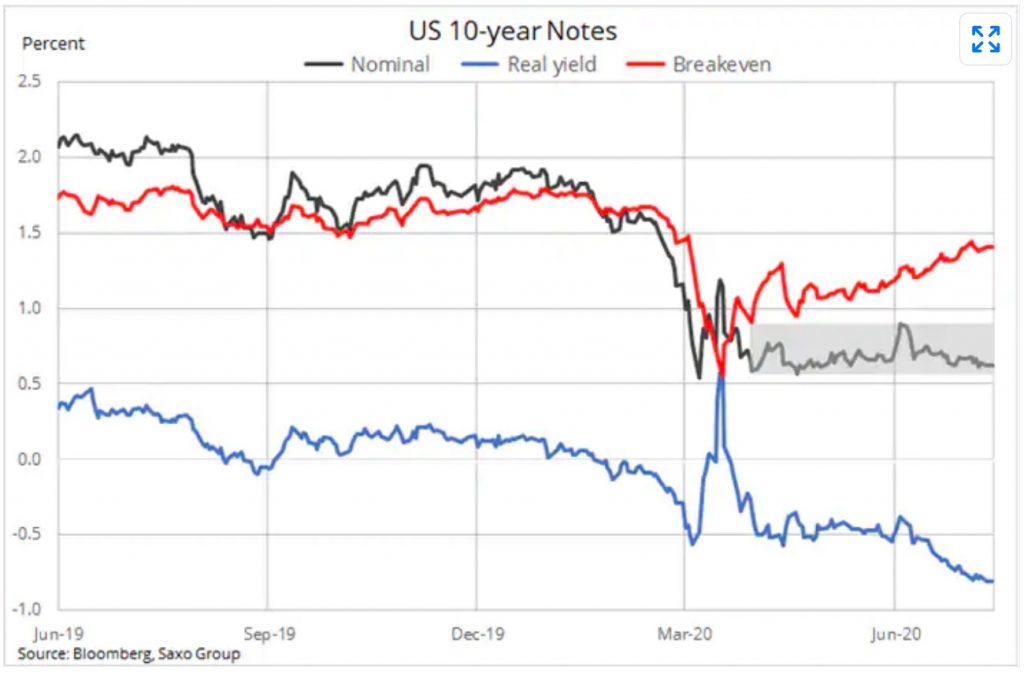 Yield-curve control locks the nominal yield at a certain maturity at a certain level above which the central bank steps in and buy whatever bonds are on offer in order to prevent yields from rising any further. Such a development would make fixed income investments utter useless as a safe haven asset, especially into a period where inflation is expected to make a comeback. Not only due to the massive amount of liquidity that central banks have provided but also due to unprecedented government stimulus creating the political need for higher inflation to support rising debt levels…

The U.S. bond market has since April behaved as if yield-curve control was already in operation. While the yield on U.S. ten-year Notes (above chart) have been anchored within a relatively tight range between 70 and 80 bp, the real yield and breakeven have moved in opposite directions. A development supporting the fundamental investment case for holding precious metals in a balanced portfolio.

Following another shallow correction gold is once again testing the upside. The chart highlights a market in need of a deeper correction and a longer period of consolidation. So far however, the underlying investment demand has been strong enough to prevent this from happening. Demand for bullion-backed ETF’s remain firm with total holdings continuing to reach fresh record highs. 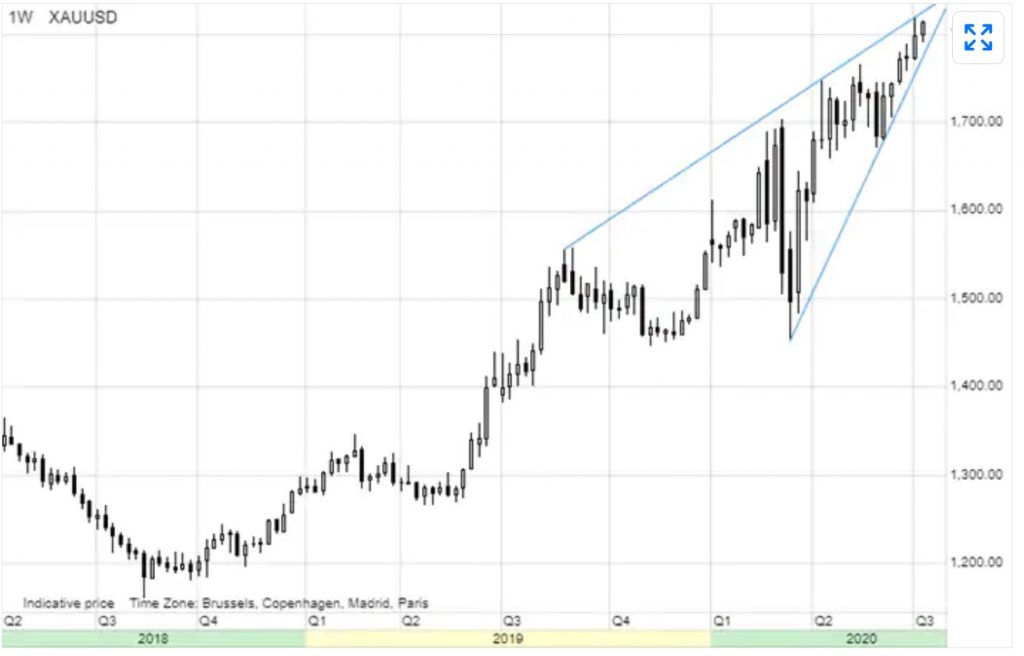 Perfect Storm For Silver
Following the March collapse, silver has now completed a dramatic V-shaped recovery to take aim at the next level of resistance at $19.65, the 2019 high. In the process the gold-silver ratio has dropped to 93.7 (ounces of silver to one ounce of gold), the lowest since February. The current triple support from rising gold, rising industrial metals and a weaker dollar could see silver attempt to further reduce its cheapness to gold, currently some 16% below the five-year average. 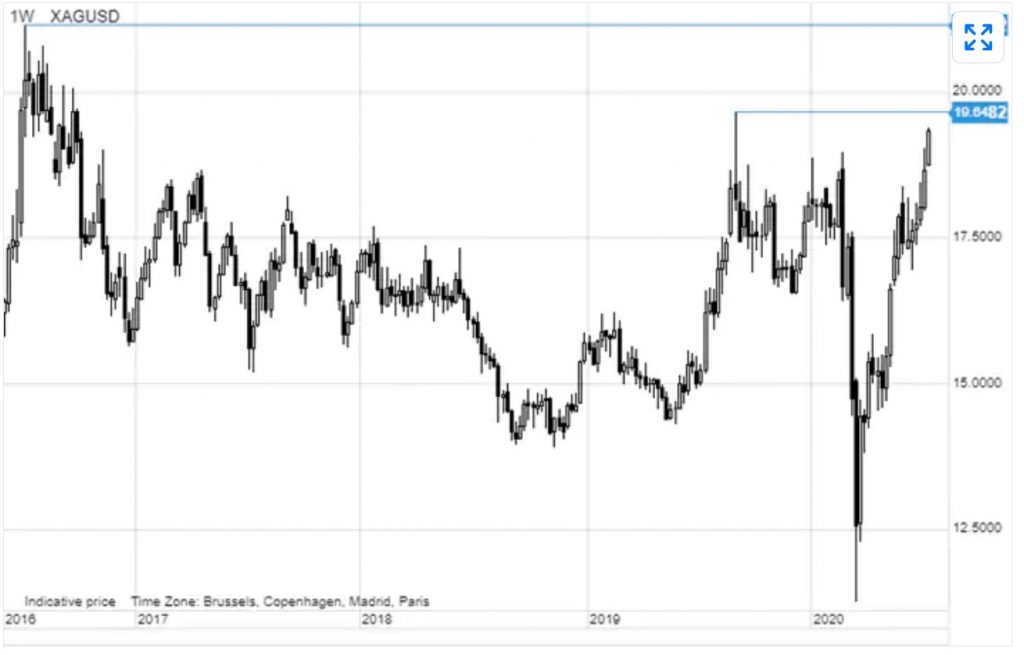 Summary:
Gold and silver trade a tad higher today after spending the past week consolidating around $1800 and $19. It’s raising the question whether they are getting ready to continue their journey higher? With the dollar punching at major support, U.S.-China tensions on the rise and real yields moving deeper into negative territory, the foundation for a move higher is there. 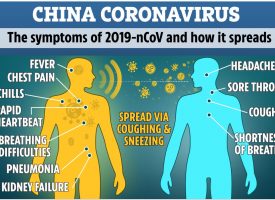