Paradise Lost
(King World News) Dr. Paul Craig Roberts:  Inlet Beach is an old Florida community in Walton County on the Gulf Coast of the panhandle of Florida. The community circa 1950 originated in federal land dispensed via a lottery to WW II veterans. Winners of the lottery received 1.25 acres in exchange for a $50 filing fee and agreement to construct an 800 square foot block house…

Inlet Beach got its name from adjoining Lake Powell, the largest of the rare dune lakes that empty into the Gulf. It is one of three old Florida communities along what once was, prior to overdevelopment, the scenic road designated 30-A, which runs along the coast for approximately 20 miles south of US 98. The other two communities are Seagrove and Grayton Beach. 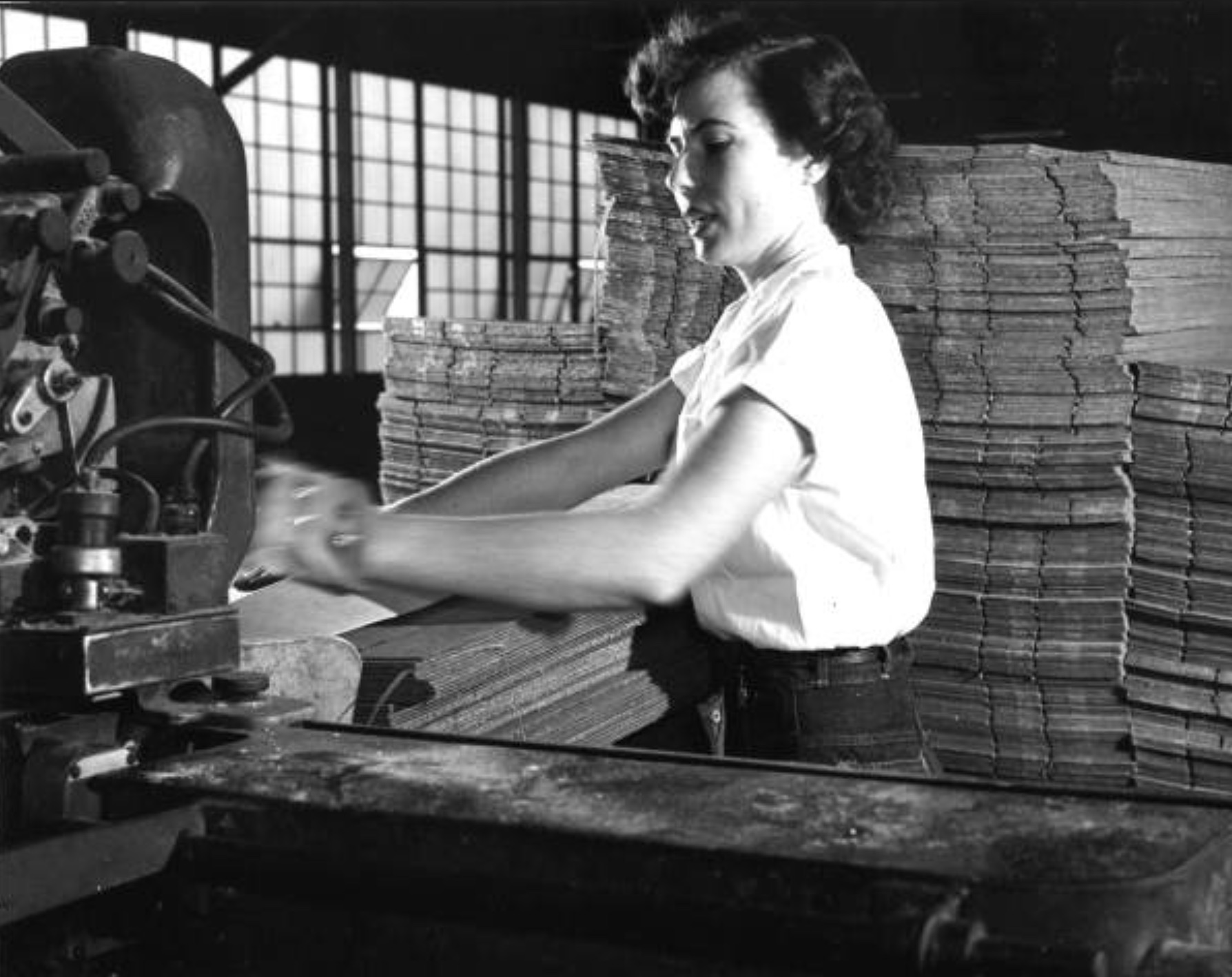 St Joe And A Secret Riviera
When I first visited the area, there was little else there. The paper company, St. Joe, owned most of the rest of the beach front through several counties, and would not sell an acre. It was an undeveloped paradise known among those who had the sense to keep the place a secret as “the Redneck Riviera.” You could catch three meals a day from the shore, crabs were plentiful, and sea turtles nested on the beach. 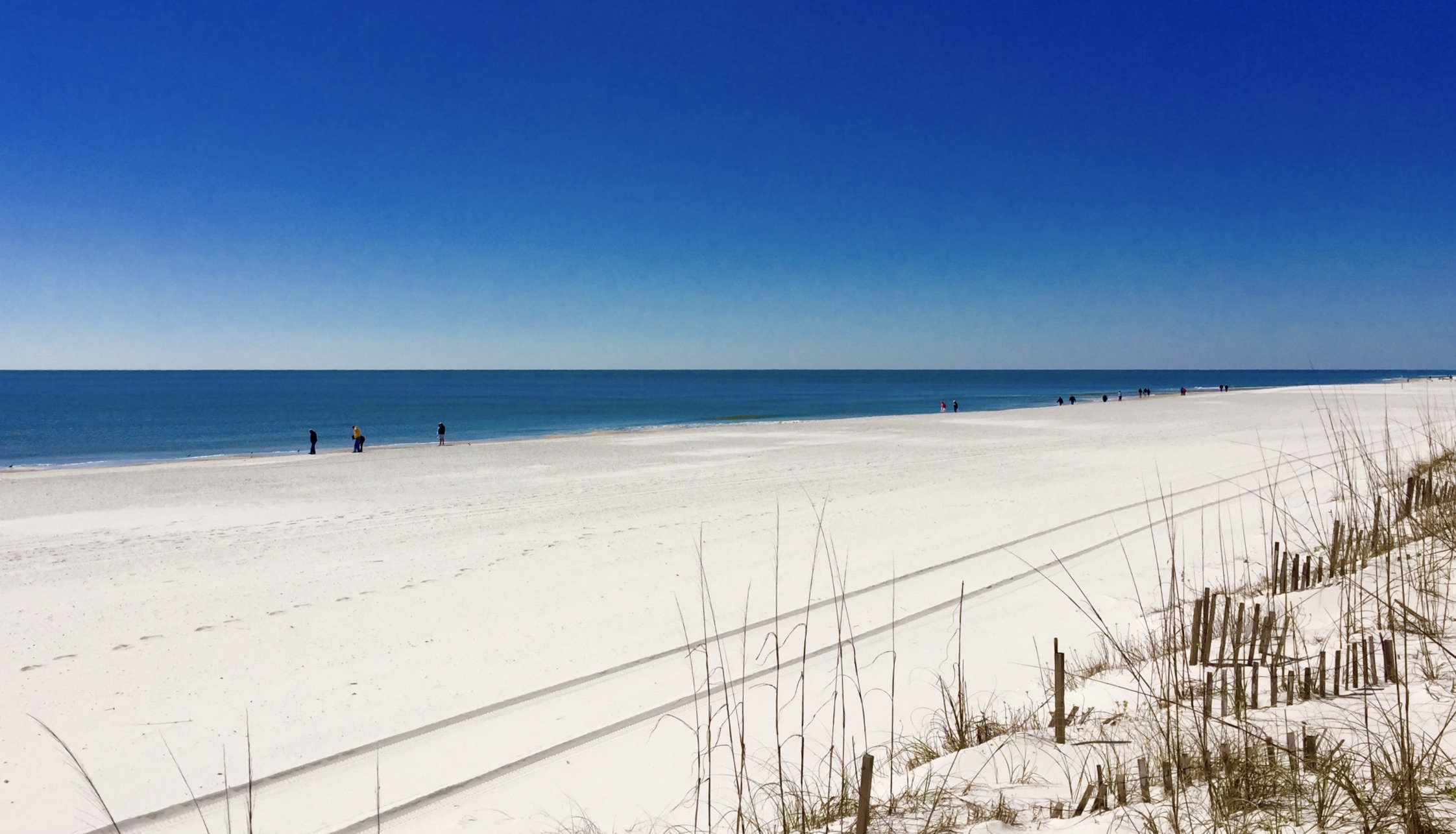 “The World’s Most Beautiful Beaches”
Today the real estate interests of Walton County advertise the area as “the world’s most beautiful beaches.” Once they were. Fine white sand that never burns the feet even in July and August and extends for miles east and west, crystal clear water, mint green up close, emerald blue in the distant.

It is still like that, except development has brought walkovers and trash bins on the beach side of the walkovers. The county employees who collect the trash left by beach goers are too lazy to use the walkovers. Instead they drive on the beach. 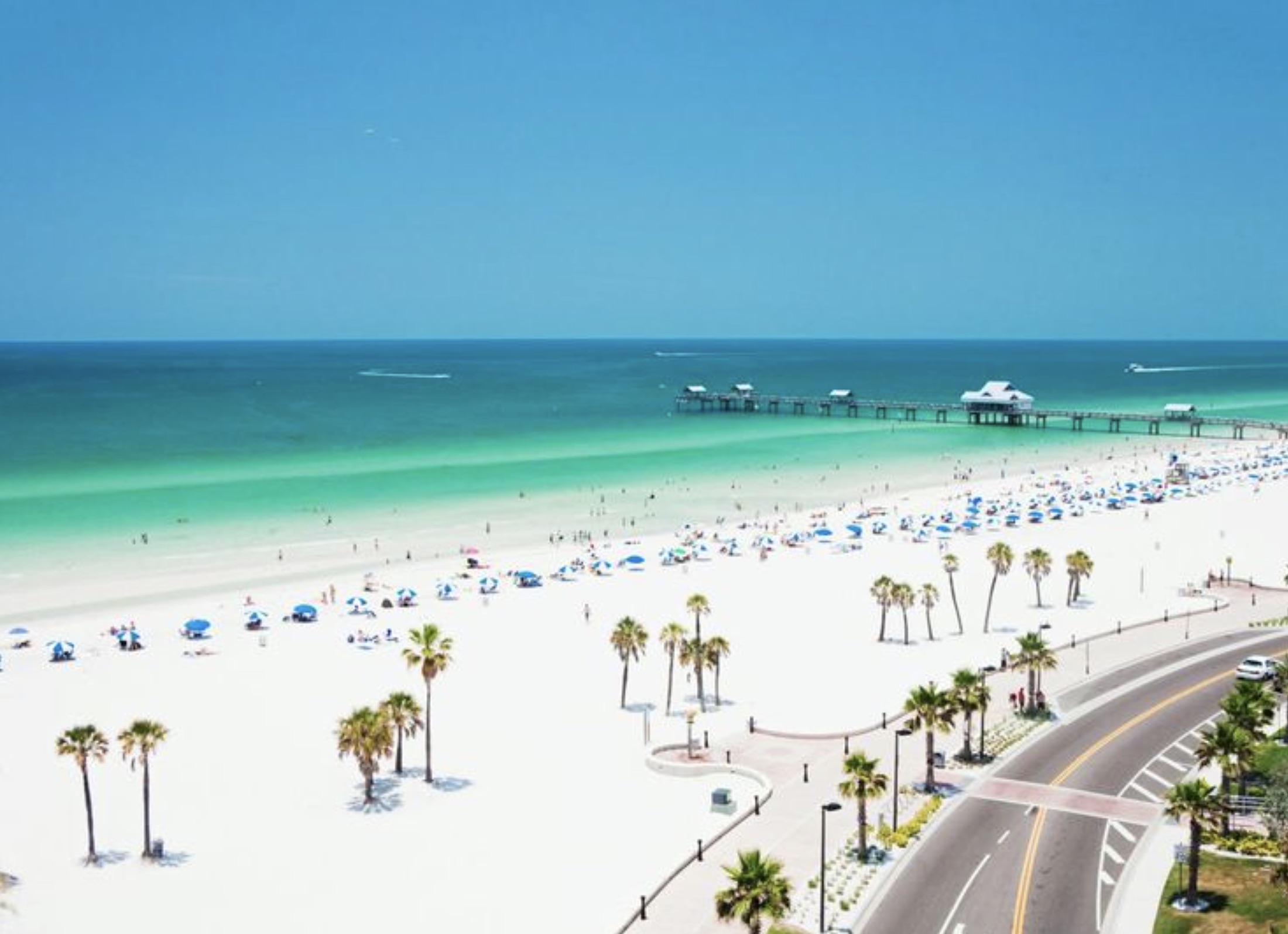 Endless Beach Chairs And Umbrellas May Look Like Paradise…
So do the private companies that have managed to privatize the beaches to their profits by setting up endless rows of beach chairs and umbrellas. This replaces the beach with endless ruts that resemble a dirt race track. There is no level ground on which to place a beach towel. Thus, the ruts create a clientele for the beach chair companies. Deputy sheriffs add to the ruts by driving up and down the beach to police it. The pleasure of walking on the beach has disappeared as the experience now is like traversing snow drifts. 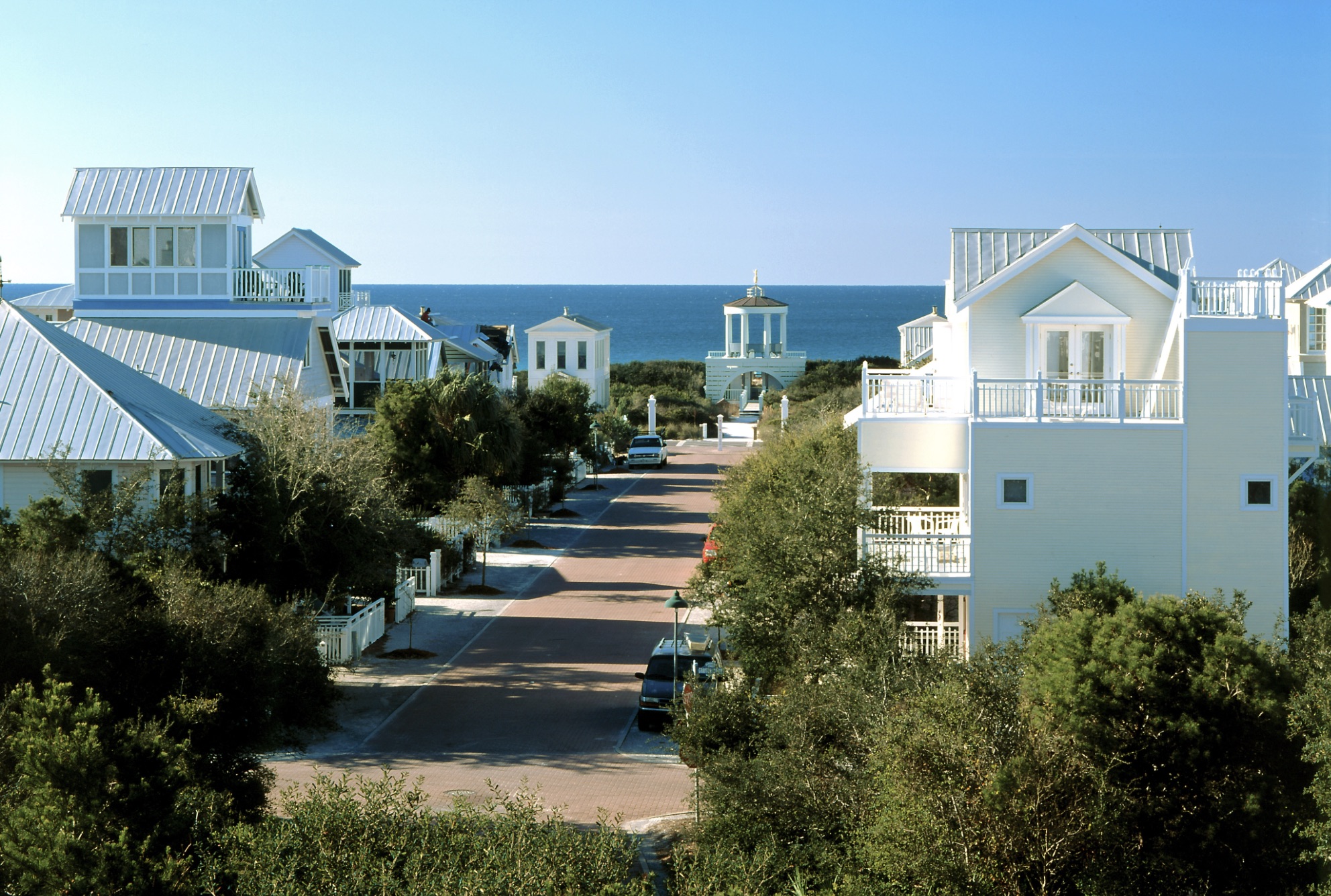 St Joe Paper Morphs Into St Joe Arvida
Development on a massive scale came suddenly to south Walton county, because St. Joe, excessively harassed by environmentalists because of the paper mill at Port St. Joe, closed the mill and went into the real estate business. One million acres that had been better protected by St. Joe Paper Company than US National Forests, were opened for real estate development. This coincided with Alan Greenspan’s Federal Reserve money printing activity that dropped interest rates and made real estate development especially attractive. 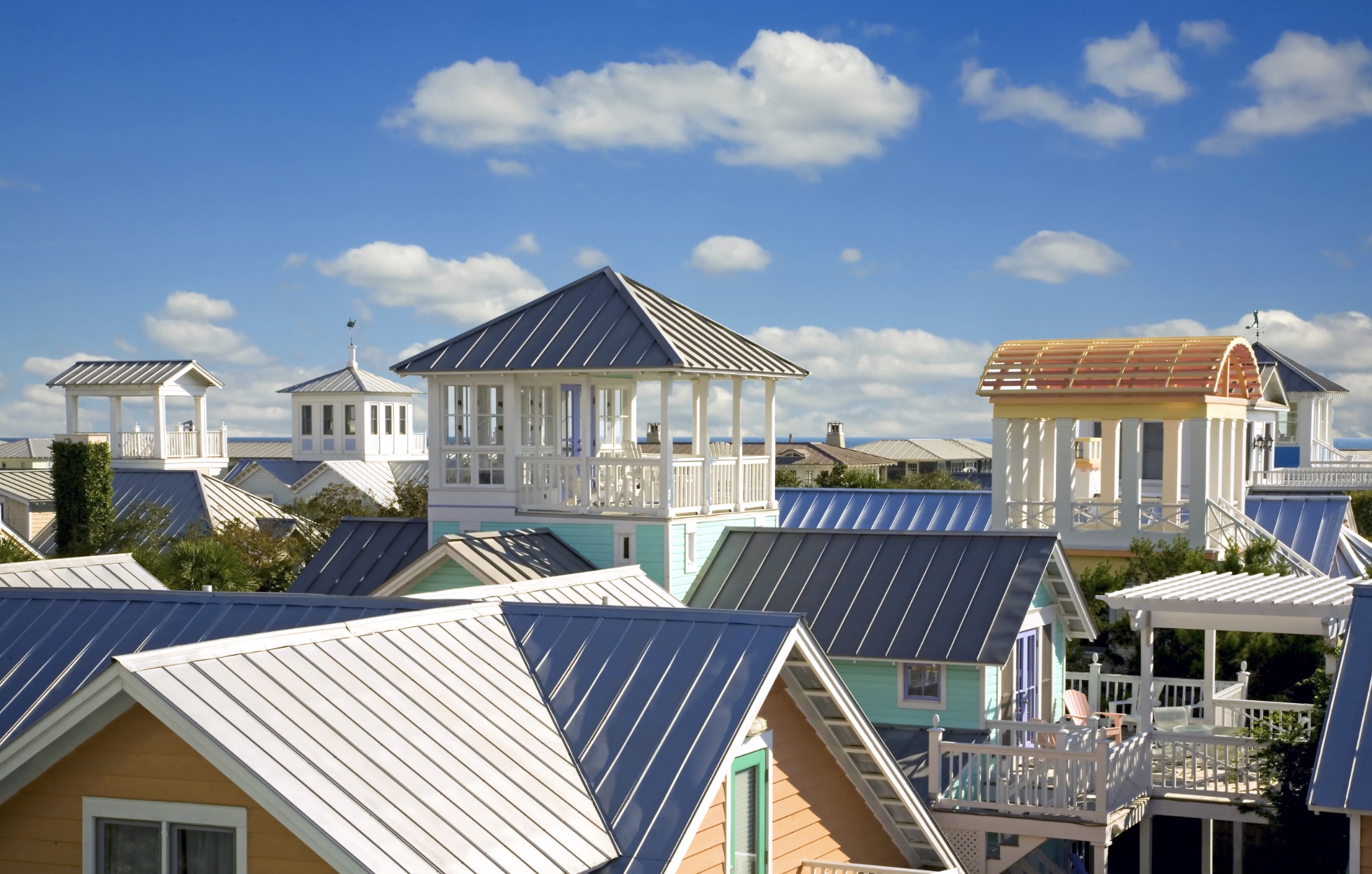 High Density Building Conquers Once Nice Beach Towns
Inlet Beach residents saw what was coming at them. The original families were mostly still in possession, and they wanted to preserve what was theirs. The part of the community south of US 98 organized and during 2000-2006 forced through the Walton County Commission a large scale amendment that limited density to one unit per quarter acre and designated all land not bordering US 98 residential.

Outside real estate speculators, some from abroad, who had assumed that it was their prerogative to destroy a community for their profits, used the county government to fight the amendment, but the community controlled the water supply and won the battle.

The 2006 real estate bust brought the issue to an end. For awhile.

But the county government struck back. A single family home is defined by the county as a structure with one oven. In the renewed real estate boom in south Walton county, currently ongoing to excess, hotels that can accommodate 20 or more guests are going up under the pretext of being single family homes. These structures, limited to four stories, are going up next door to family homes or family vacation second homes. Actually, as the hotel guests go out to eat, the kitchen is unnecessary and could be turned into another sleeping accommodation. 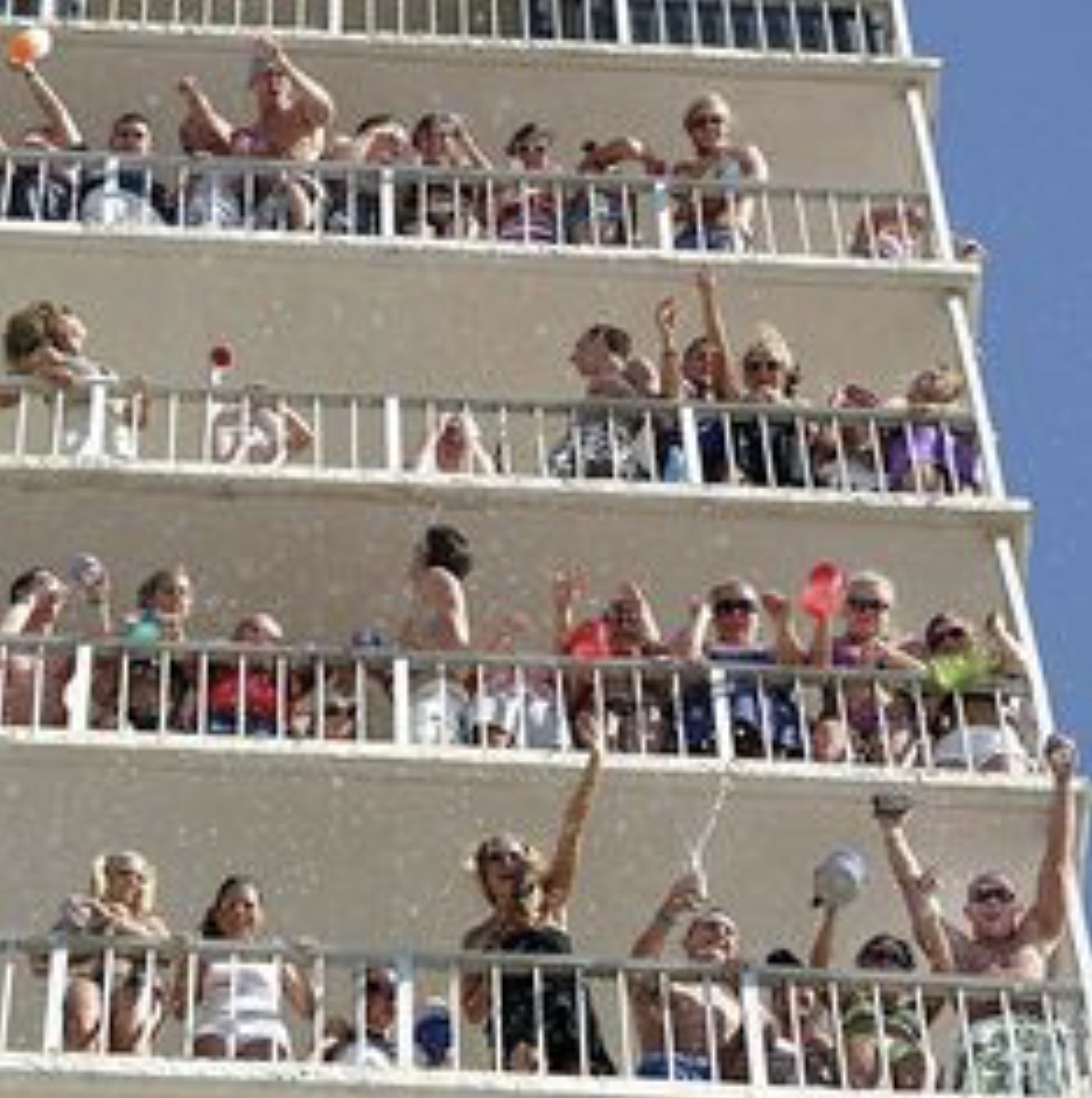 Noise & Congestion From Party Rentals
These structures are rentals, party houses, and the noise and congestion they bring drives out the original community that came for peace and solitude.

The corrupt county government could not care less. Indeed, the county government welcomes the destruction of the community. Outside real estate interests do not qualify for Florida’s Homestead Exemption. Thus, the country can capture a large portion of the rental value of the properties in property tax revenues and use the same to drive out the original residents. Rentals bring in the bed tax for the county’s Tourist Development Council, which makes life in south Walton more congested and more unlivable.

When communities are transformed into vacation rentals, there are no voters to constrain the corrupt county government. As is obvious, the alliance between the local county government and outside real estate developers is solid.

Now we come to the next part of the story. In south Walton construction can begin at 7AM and continue until 7PM for six days a week (Sunday excluded, so far). There are no limits on construction noise or dust, often a health hazard as cement dust is assumed to be. If an Inlet Beach home is in the vicinity of a masonry construction, the home, and if windows are opened, the interior, the garden, and the swimming pool, if one, will be covered in cement dust.

The Noise, My God The Noise
The noise and the stress from noise, long proven, continues year after year. The noise has increased with technology. Apparently, today no construction company is capable of building a house without having three machines on site that beep continuously throughout the day. So, a resident who is accustomed to enjoying breakfast on his deck, or lunch, or cocktail hour has this pleasure erased by the outside real estate developer who will never be a member of the community but can impose extraordinary external costs on residents, depriving them of the enjoyment of their own property.

Most residents are also experiencing the destruction of their Gulf views. The original homes were one story. Some partial subdivision under the old rules resulted in some two-story homes. In front of these homes go three and four story homes that wipe out the Gulf view of the original inhabitants and drop their property values by hundreds of thousands of dollars. In the barbaric real estate code of America only the latest developer has any rights. They can loot at will. 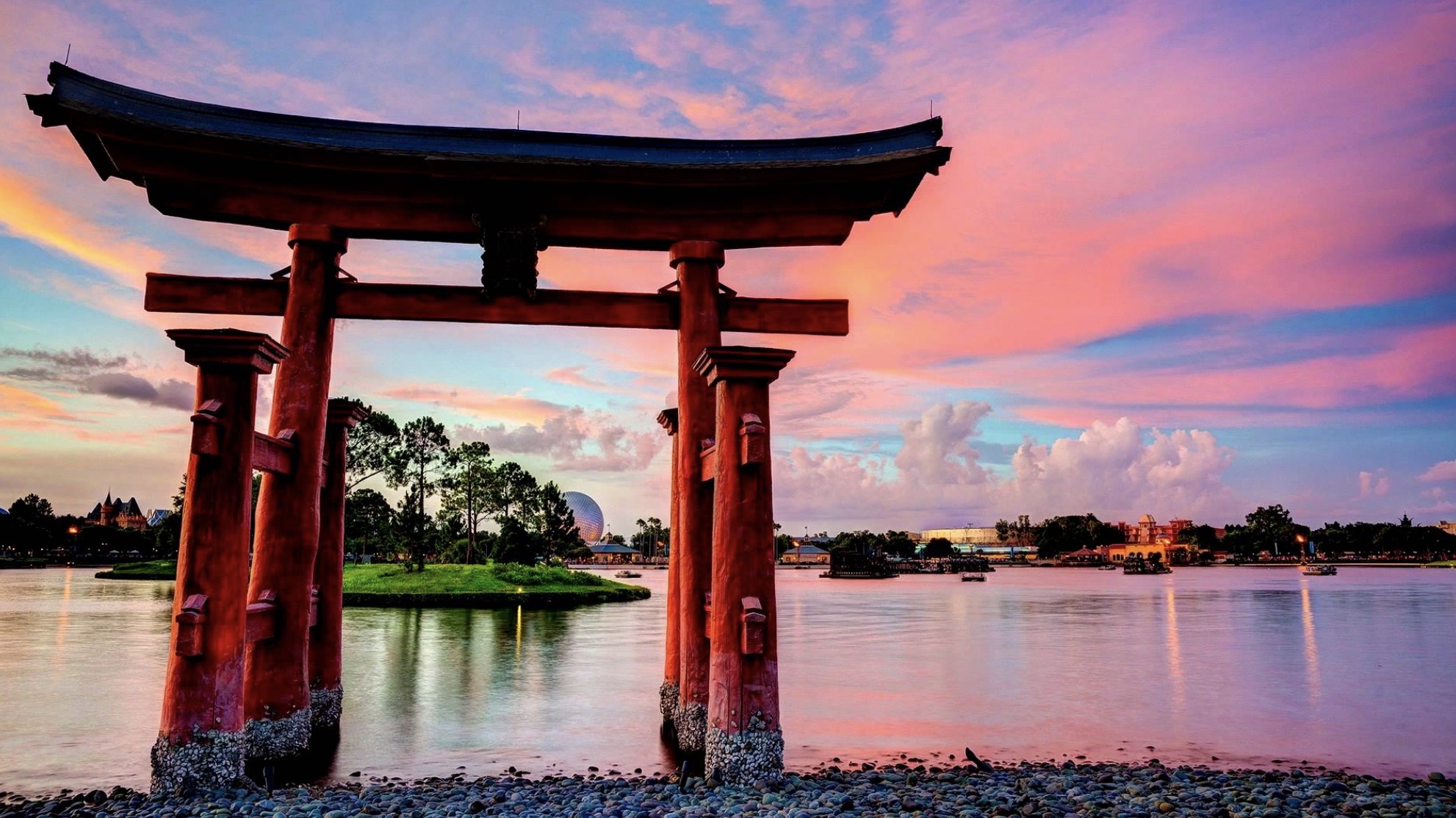 Contrast That Chaos To The Serenity Of Japan
Now contrast this primitivism, this American barbarism with Japan, for example.

Friends of mine who are architects who have operated all over the world tell me that in Japan, if you have a view and register it, that is your view. No one can build a structure that cancels your view.

Moreover, my friends inform me that no one is permitted to build a structure that casts a shadow over your property.

As for developers inflicting noise on established residents, it is not permitted. Noise regulations have resulted in largely pre-fabricated construction in Japan. Houses are assembled, not constructed.

Compare this civilized approach to the looting approach of US real estate development in which no established rights are respected, rights that under common law would be squatters’ rights to a long established view or beach access and rights to the solitude of a community. In the United States a total foreigner with no stake or interest in a community can legally destroy the value of the property in front of which he builds. He can impose unbearable noise on nearby properties for the period of construction, often making established property unusable for one year. He can impose cleaning costs on adjoining properties. He can prevent the rental of nearby properties as no one wants a vacation consisting of construction noise and dust.

In a way there is poetic justice. The previous builders of party houses can’t experience the expected revenues because new party houses are being constructed, and the noise and dust discourage rentals.

Regardless of the poetic justice, what is underway is the genocide of Inlet Beach. And under America’s utterly barbaric laws, it is all perfectly legal.

So much for American “freedom and democracy,” another great myth. In the Great Myth that is America, no one has any rights except the latest money on the scene.  King World News (Eric King) note:  I remember when I was interviewing hedge fund legend David Einhorn, who was short St. Joe’s real estate company at the time, which was largely owned by the du Pont Family Trust, and I asked David, ‘Do you know what St. Joe (the du Pont family) paid on average for an acre of land after the Florida real estate bust in the 1920s?’ Einhorn answered, ‘No.’ I then told him, ‘They paid between 75 cents to $1.25 per acre of land.’ At the time of the Einhorn interview they were selling that same land for millions of dollars an acre along the beaches in the Panhandle of Florida. It wasn’t enough for ‘old money’ (the du Pont family) to simply take that profit.  No. Instead they packaged it into a public company (JOE) and were selling blocks of hundreds of millions of dollars of stock at a time (totaling in the billions of dollars) at 60-times earnings right at the top of the real estate bubble to an unsuspecting public. There’s a reason they call it ‘old money.’ And yes, in the process they changed the beautiful Florida panhandle beaches forever.

For what it’s worth, I had a meeting with St. Joe’s Chairman, who was also the CEO, a few years before the Einhorn interview, and he said to me, ‘They (the state) have screwed up development in Florida, but we are determined to do it right in the Panhandle.’ Only time and history will decide if they did ‘it right.’