One pro just warned investors panic rate cuts are coming in the fall and investors should buy dips in gold.

That Didn’t Take Long…
July 31 (King World News) – Peter Schiff:  “That didn’t take long. Powell already walked back his comments as a form of stock market damage control. He admitted that more rate cuts are coming, just that the easing cycle will not be a long one. That maybe true, as it will not take long to get back to zero! Rather than scaring the markets by telling the truth about the domestic risks to the U.S. economy, Powell made up a comforting lie instead. By pretending its foreign economies that the Fed is worried about, it can cut rates without upsetting the narrative or inciting panic.” 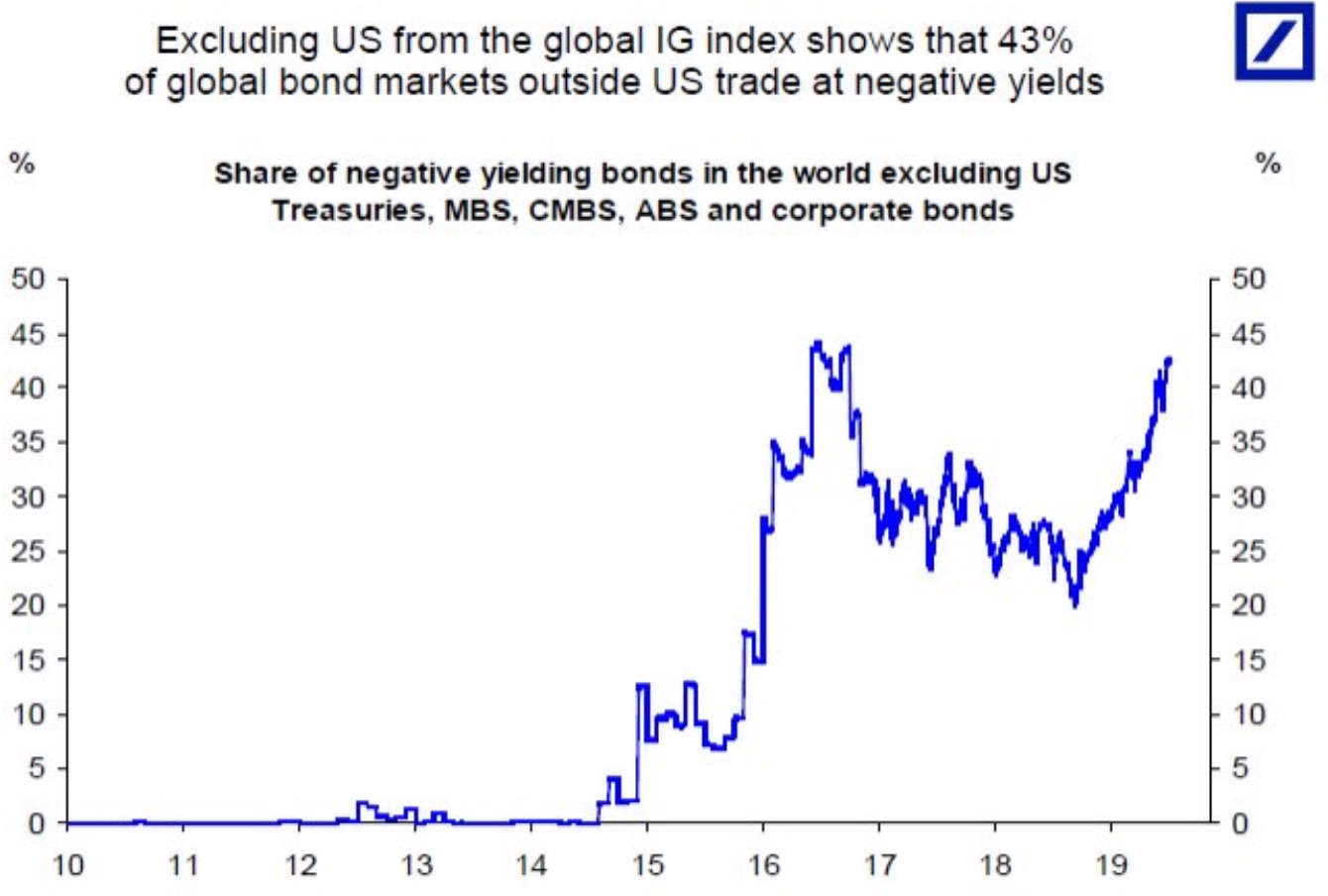 EUROPE REACTS TO FED: Euro Plunges To Lowest Level Since 2017 As US Dollar Strengthens! 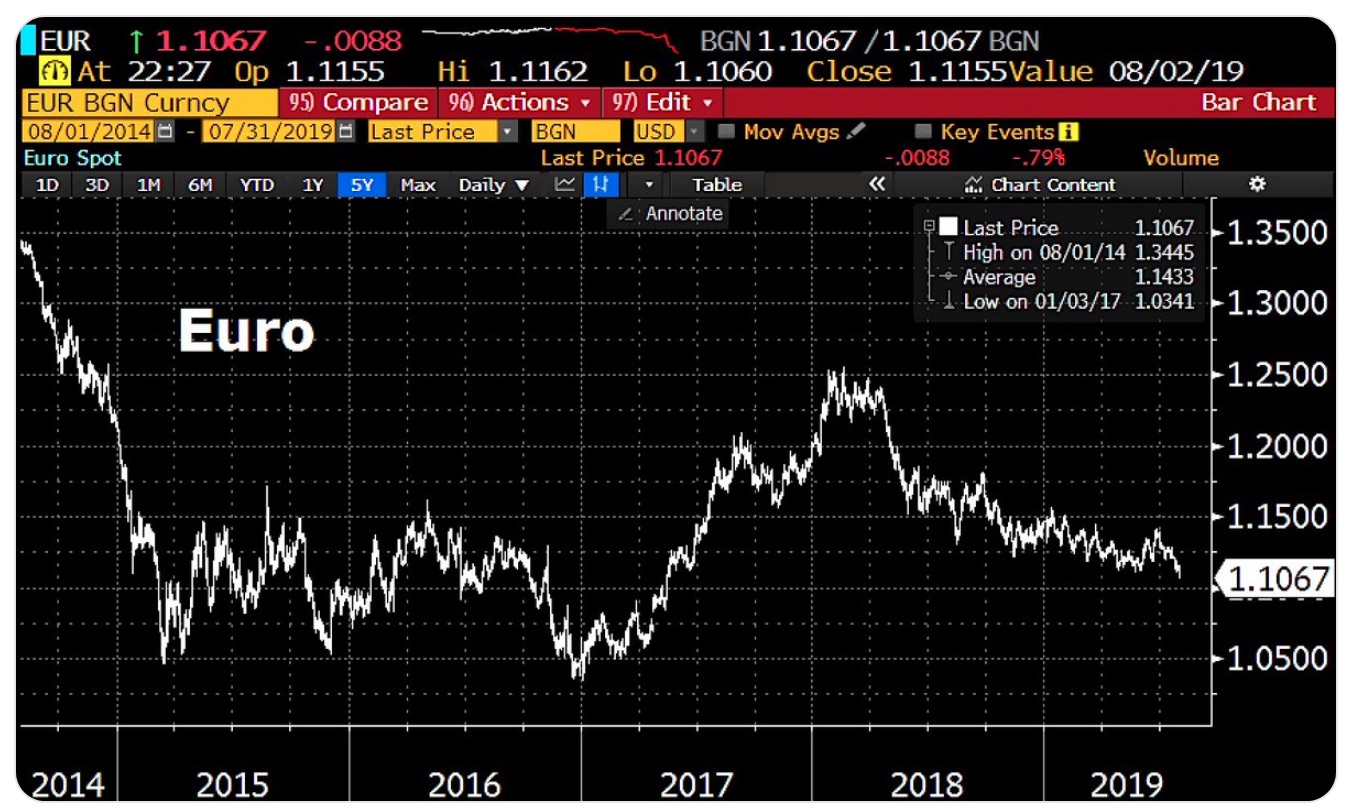 Chance Of Future Fed Cuts
Jeroen Blokland:  “The implied probability of a September Federal Reserve rate cut is dropping significantly. Now at 55%, down from 84% two weeks ago. (See chart below).

Expect Panic Cuts, Buy Dips In Gold
D. Schrottenbaum, Chief Investment Officer at Austrian private bank:  “The market will get its way. Panic cuts some time this fall…buy dips in treasuries and gold.”…

IMPORTANT:
One of the great gold opportunities in the U.S. and you can take a look at this remarkable company and listen to the fantastic interview with the man who runs it by CLICKING HERE OR BELOW

Jawboning Out Of Every Orifice
Sven Henrich:  “Central bank gibberish: Cut rates, can’t explain what it would accomplish, but tell everyone things are great as if the cut wasn’t really needed. It’s called jawboning out of every orifice.”

“Markets Need To Chill”
Robin Brooks, Chief Economist at Tressis:  “Markets need to chill a bit. Examples of “mid-cycle adjustment,” the phrase Chair Powell used in the press conference, include 1995 and 1998, when the target rate was cut 3 times for 75 bps in easing both times. That’s not all that different from market pricing going into today.
(See chart below). 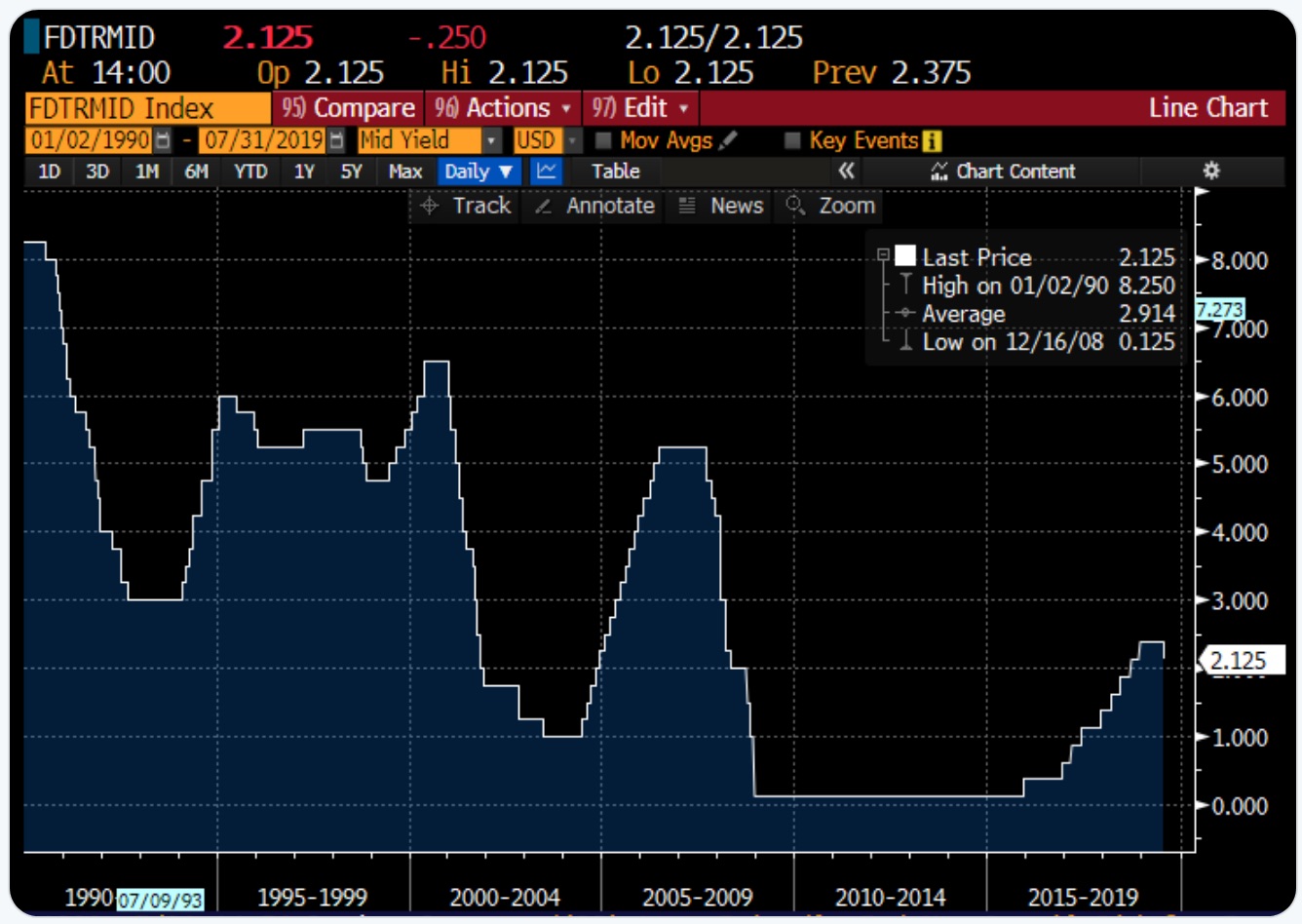 FED CUTS RATES: Denial Is Powerful And Ultimately Painful, About The Fed, Plus The Biggest Surprise Of The Day CLICK HERE TO READ

Rolex Indicator Just Flashed A Major Warning, And Is The Public Broke Or Scared? CLICK HERE TO READ

The Biggest Bubble Of All, Gold & Silver Ignore US Dollar, Market Panic Or Admit How Bad Things Really Are, Plus QE And Fiat Money Failing CLICK HERE TO READ

Gold Market May Be Coiling For Another Big Surge To $1,550-$1,580, Death Of The Bond Markets, Plus What’s Coming In The Next Few Months? CLICK HERE TO READ

The KWN audio interview with one of the true veterans of the gold world has been released and you can listen to it by CLICKING HERE OR ON THE IMAGE BELOW.