One of the biggest danger signals is still flashing RED!

Investors Intelligence:  "Despite the indexes still trading near record levels there was a further contraction in advisor optimism and even some new bear projections. While index highs could be retested medium term investors should be cautious after the recent lofty readings for the bulls.

The index selloff to lows on 6-May caused a new contraction for the bulls to 47.5%. It was 52.5% and 57.4% the prior two weeks. That latter reading almost hit historic danger levels suggesting many advisors were near fully invested. Bulls above 50% show elevated risk and that has persisted since Nov-14 with only a few weeks of exceptions. 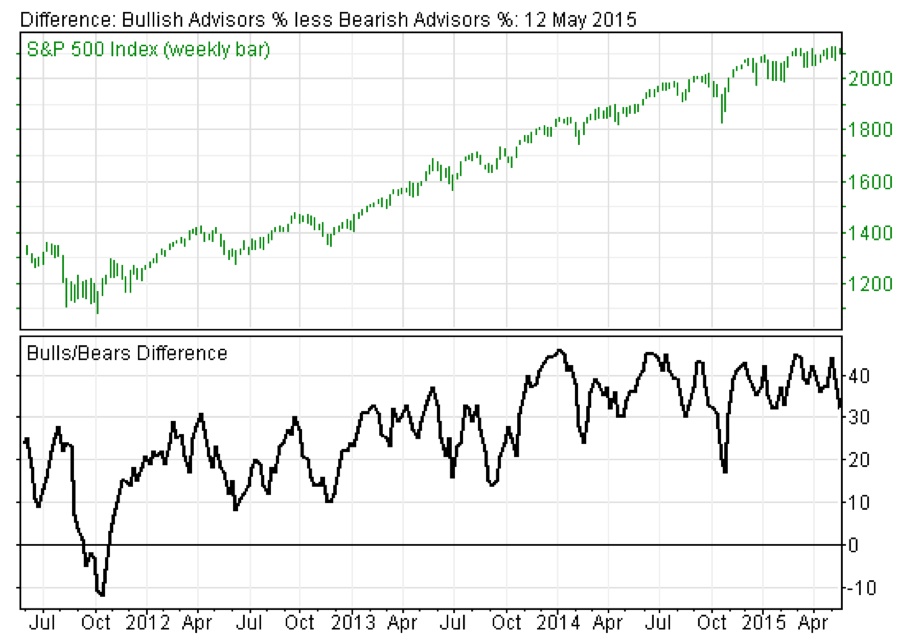 The spread between the bulls and bears further contracted to 31.7%, down from 38.6% a week ago. It is also down 11.8% from the 43.5% difference before that, a dangerously high reading last seen late Feb. Differences over 30% are a worry and above 40% signal major caution. Bears haven't outnumbered bulls (a negative spread) since Oct-2011. IMPORTANT – To subscribe to Investors Intelligence CLICK HERE.