As the price of gold surges over $30 and the price of silver soars 6.5%, it appears there is no liquidity in the silver market in London and that “could destabilize all PM (Gold & Silver) contracts” as the Reddit silver short squeeze continues.

This “Could Destabilize All (Gold & Silver) Contracts”
January 29 (King World News) – Alasdair Macleod out of London:  “The bullion bank silver short on Comex is about 100 million ounces and there is no liquidity in London. It won’t take much to put a rocket under the price, as we are now seeing. Could destabilise all PM contracts.”

Silver On The Way To $100
Lawrence Lepard:  “Not only that, but silver is also the cheapest financial asset on the planet. By far. Still 50% below its double top all time high at $50. It makes $100 easily.” 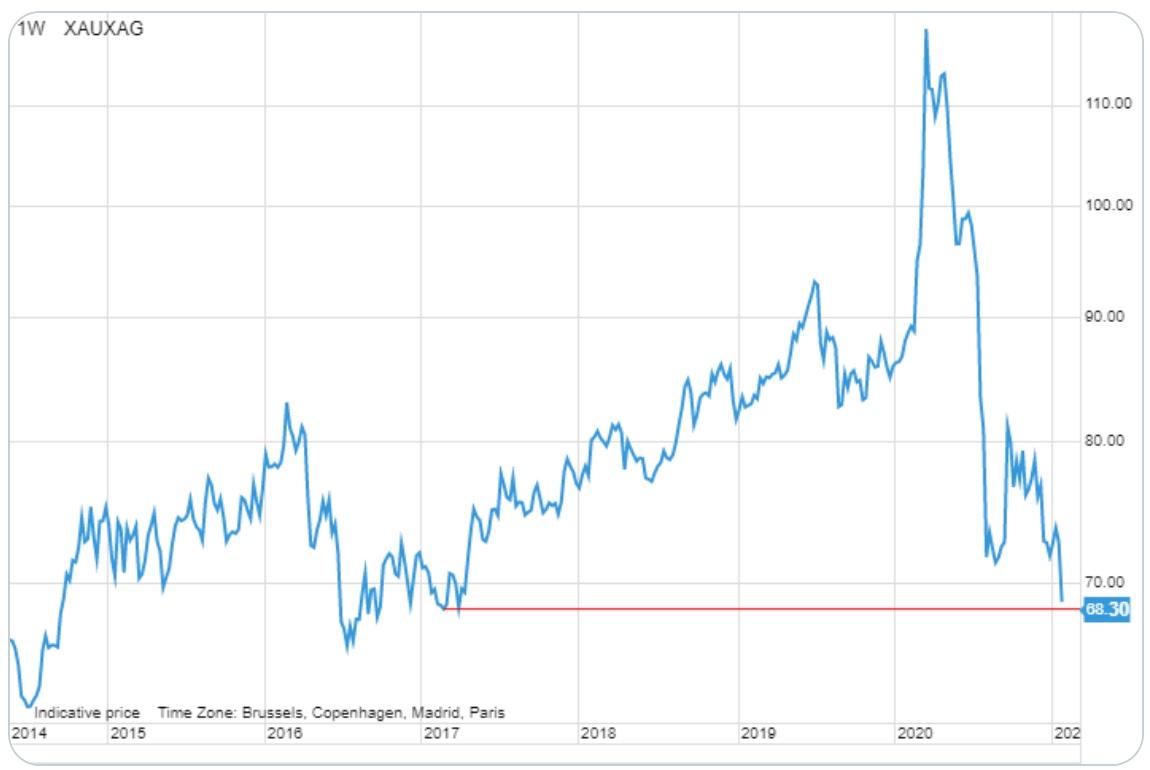 Reddit And The Silver Short Squeeze
Peter Boockvar:  For some reason the Reddit crowd is chattering about silver. There is this belief that for years the big banks, particularly JP Morgan, have been artificially suppressing its price when all I think their positioning reflected was the other side of their customers. There is not a large short position that I’m aware of but that said, it is my favorite asset.

Silver’s “New Age”
It holds a unique position of having half its demand from investment and jewelry as a precious metal and money and the other half as an industrial metal. That industrial usage is becoming more ‘new age’ as silver is a raw material needed for solar panels, wind turbines and electric vehicles. Also, according to the Silver Institute, “Almost every computer, mobile phone, automobile and appliance contains silver.”…

From a price perspective, it still is almost 50% below its 2011 peak. I’m not aware of ANY asset that is that far from its high and consider what’s happened since 2011. Central banks discovered negative rates and a level of QE that our minds could never have imagined and the growth in renewables is only accelerating. To listen to Alasdair Macleod discuss the fact that there is virtually no liquidity in the London silver market which may lead to a massive short squeeze in silver as well as the Reddit and Robinhood army of traders entering the silver market CLICK HERE OR ON THE IMAGE BELOW.

Also released! GameStop, Reddit, And A Wild Day Of Trading In The Silver Market CLICK HERE TO READ.