Total assets in gold are now worth just 1.8 percent less than the record total struck in October 2020, the Financial Times reported.

In contrast, outflows from European stocks set a record of $5.5 billion in March, subtracting almost the entire $6 billion invested in January, which was the strongest wave of buying in the market since 2015…

“We have now had eight consecutive weeks of European equity selling, the longest period since October 2020,” Karim Chedid, chief strategist for Blackrock’s iShares operations in Africa, Europe, and the Middle East, told the FT.

As a result, “Europe is at a bigger risk of stagflation than other developed market regions,” he said. “It’s more vulnerable to the energy shock” created by the Ukraine war.

Inflation and slowing growth are appearing in the price of European stocks, he noted.

“We need to see a peak in inflation so investors can know what they’re dealing with,” he said. “Before we reach that peak, it’s hard to see sentiment significantly turning around in Europe.”

In contrast, U.K. stocks took in a net $607 million in March, the most since last April.

“The FTSE 100 [Britain’s key stock index] is the only developed market country index that is up on the year,” Chedid said. The FTSE had gained 2.5 percent as of 8 April.

“This is driven by its tilt toward cyclicals, especially energy stocks,” he said, adding that valuations are “looking even more attractive than at the beginning of the year.” 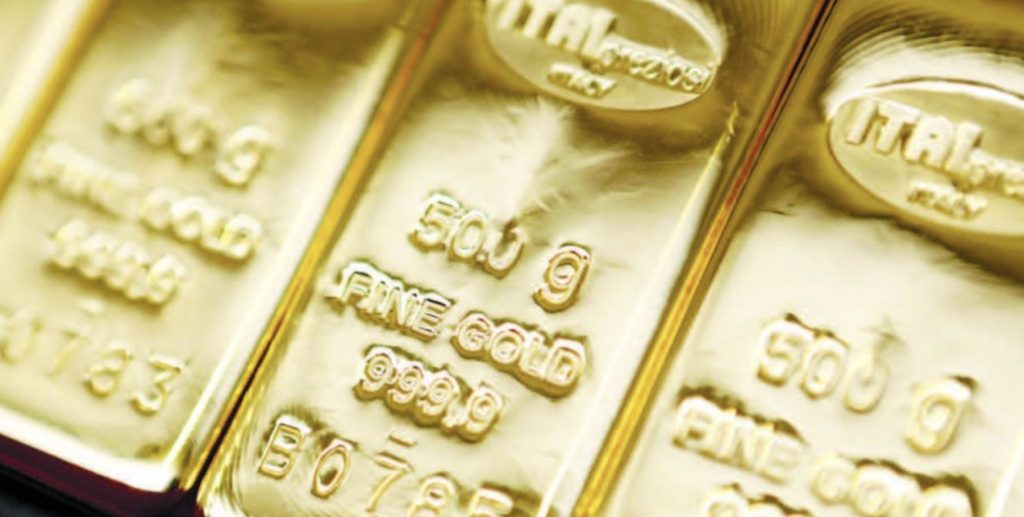 “We see a structural upturn in the intake of gold ETPs,” Chedid said.

When inflation rises to or beyond 7 percent, there is a close correlation between equities’ outflows and increased investment in gold, he noted.

More “Transitory” Inflation
Peter Boockvar:  The March PPI rose 1.4% m/o/m, 3 tenths more than expected and the core rate was up 1%, double the estimate and that is even after a 2 tenths upward revision to February. Versus last year, the headline print was up 11.2% and the core rate by 9.2%. 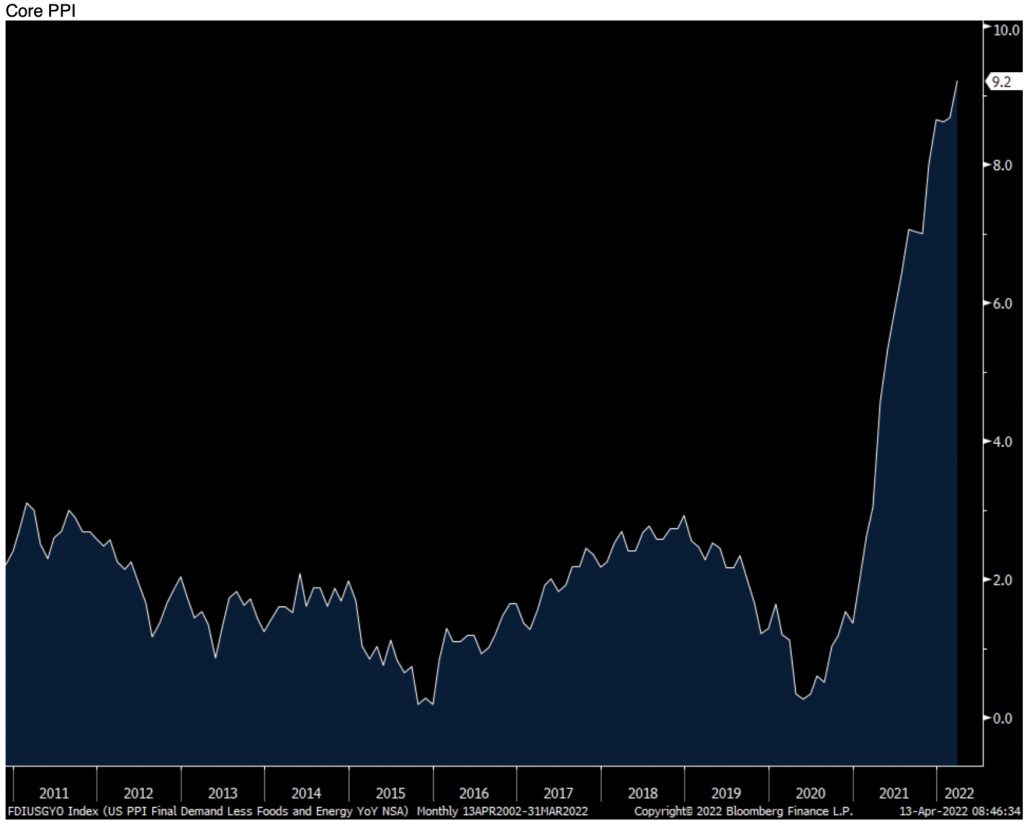 Energy certainly drove a lot of the headline increase but food and other commodities did as well. Goods prices headline rose 2.3% in the month alone and ex this, up by 1.1%. On a y/o/y basis, goods prices are up 15.7% and by 10% ex food and energy.

Service prices rose .9% m/o/m and 8.7% y/o/y. Higher transportation and warehousing prices drove the service side, along with airline and ‘traveler accommodation services.’ The price of ‘truck transportation of freight’ jumped 6.6% m/o/m in March and by 24% y/o/y. Now there are signs that these rate of increases are peaking but this is a major cost pressure point for many manufacturers as we know.

There is really little respite with respect to inflation in the pipeline. At the ‘processed’ stage, prices fell 1.4% from February but only after spiking by 13% in February. They are up 22% y/o/y. For unprocessed goods, prices jumped 9.5% m/o/m and 41% y/o/y. These are astonishing prints.

Bottom line, yea, the rate of change in consumer prices might top out because of the tough comps and growing signs of demand destruction but today’s PPI is a reminder that it will be a drawn out process because wholesale prices keep spiking. The end result is likely a big oncoming squeeze in profit margins. It’s a good thing earnings season is upon us so we can measure to what extent.