With gold pulling back from the $1,300 level, Michael Oliver, who is well known for his deadly accurate forecasts on stocks, bonds, and major markets, just issued this update on gold and the S&P 500.

Michael Oliver continues:  However, since 2011 as gold peaked in its net trend, the S&P500 has gained back about a third of what it lost in the prior decade in relative performance. But that spread action (favoring S&P500) is now gaining some age.

There are arguably three upward waves on the momentum chart. The third wave peaked in September 2018 just short of the peak oscillator readings of 2014—meaning a non-confirmation of the spread chart highs. Since then the spread has dropped like dead weight. It erased nearly three years of relative outperformance in three months (see chart below). 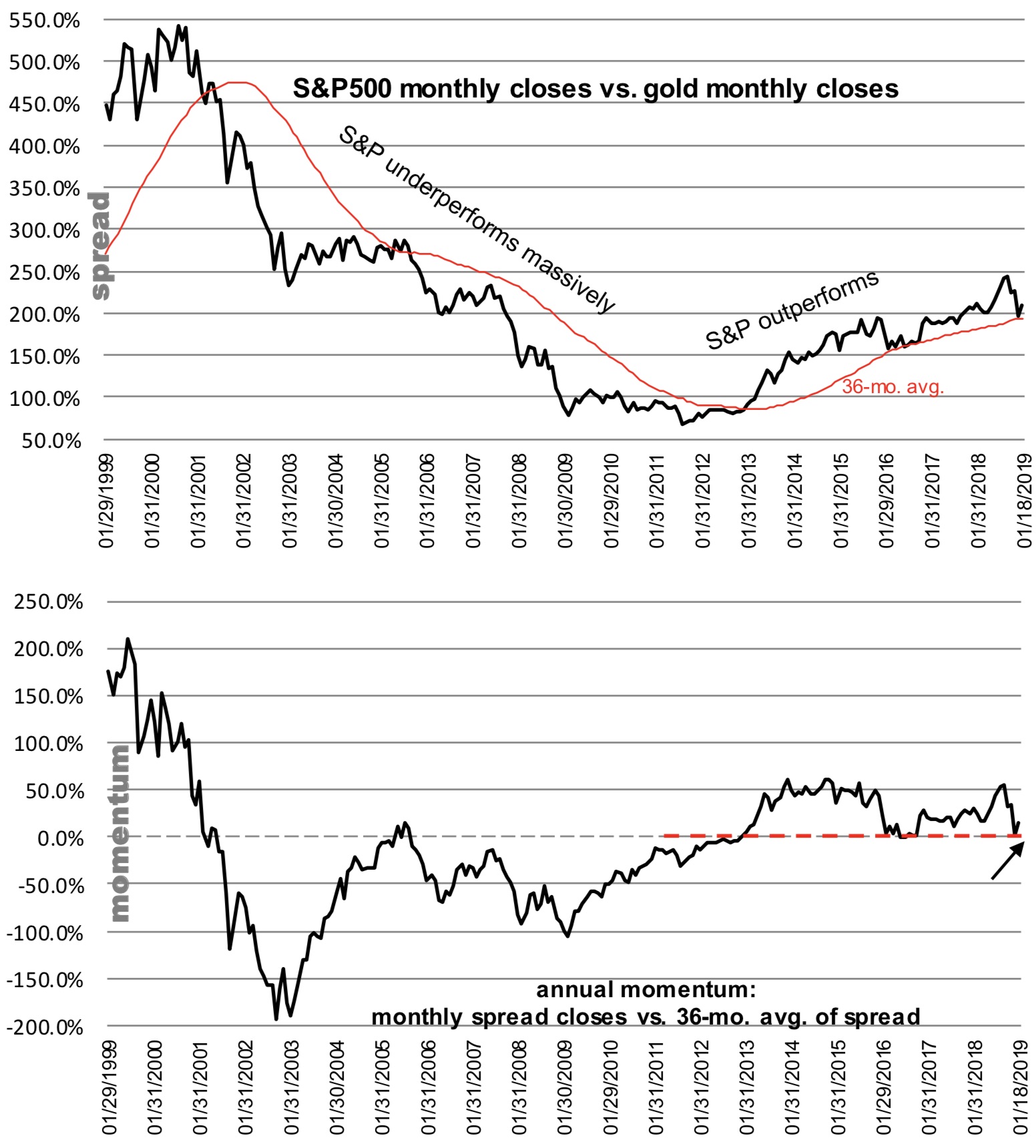 ***KWN has released the remarkable audio interview with Egon von Greyerz and you can listen to it by CLICKING HERE OR ON THE IMAGE BELOW.

ALSO RELEASED: MAJOR WARNING: “The Seeds Of The Next Financial Crisis” Have Already Been Sown CLICK HERE TO READ.

STUNNING CHARTS: Stock Market Rally Over And Gold Will Benefit As Inflation Continues To Rampage