As we move through the final two weeks of trading in May, Michael Oliver, who is well known for his deadly accurate forecasts on stocks, bonds, and major markets, just predicted silver’s massive weekly momentum structure targets big upturn.

Silver’s Massive Weekly Momentum Structure
May 22 (King World News) – Michael Oliver:  “Silver continues to command our attention due to its ripe and massive weekly momentum structure not far overhead (and it’s getting closer with each week).

This action also tells us that what’s next for these markets is upturn, not sustained downside…

Silver’s weekly momentum is not confirming the recent new pullback lows, and instead has carefully constructed an upside starting gate at the zero line/3-wk. avg. Next week that average is projected to adjust down to $14.54 (the 3-wk. avg. is $14.69 this week). That’s a breakout structure defined two ways—a downtrend and a flat line. Trading above that level should unleash a strong upturn. We say that because this structure is clear and massive. 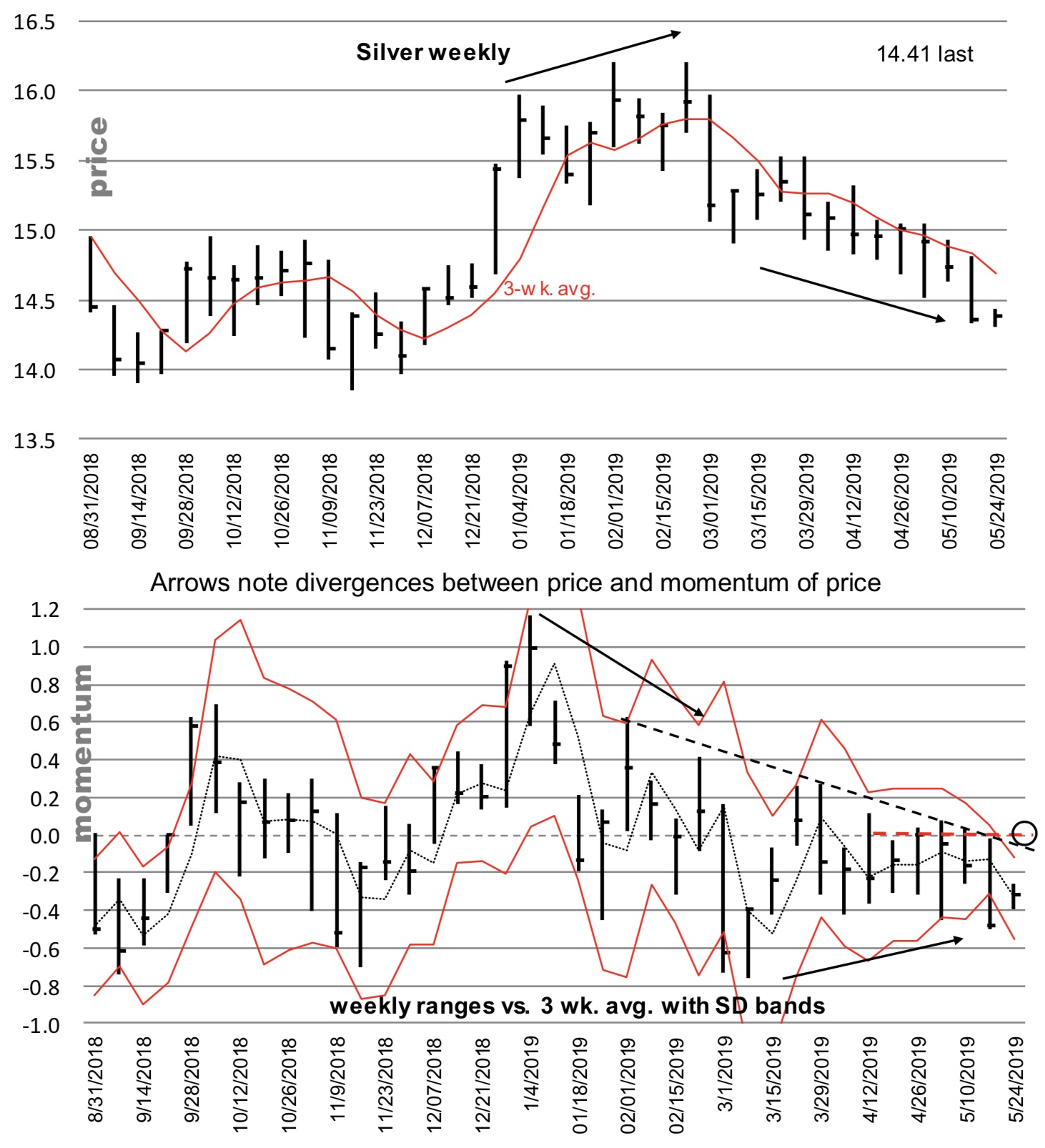 Aside from its clarity and the non- confirmation, the market is oversold as of last week’s action (the upper SD band dropped below the zero line).

Gold Miners Acting Better
And also as noted in the weekend report, the tonal behavior of the gold miners is unusually firm and continues so into this week. That tells us that money flows are beginning into this small stock sector, and we’d bet those aren’t from traditional gold-buying funds.

The charts shown in this report are only a few of the studies we’re monitoring. As a turn begins we will update with other charts that make the same point as stated above. To subscribe to Michael Oliver’s Gold, Silver & Mining Stock Report at the special KWN discounted rate of only $269 CLICK HERE.

***KWN has now released the powerful audio interview with Andrew Maguire discussing the gold and silver takedown and what to expect next and you can listen to it by CLICKING HERE OR ON THE IMAGE BELOW.

Today vs The Great Depression: Gold, Silver, And The Journey To Currency Collapse