MAJOR WARNING: We haven’t seen this since the 2002 and 2008 bear market bottoms.

Careful Bears
November 27 (King World News) – Here is a portion of an extremely important note from Jason Goepfert at SentimenTrader:  Over the past 8 weeks, the smallest of options traders have focused so much on buying puts as a percentage of their total option volume that the only times that can match it were near the ends of the bear markets in 2002 and 2008 (see chart below). 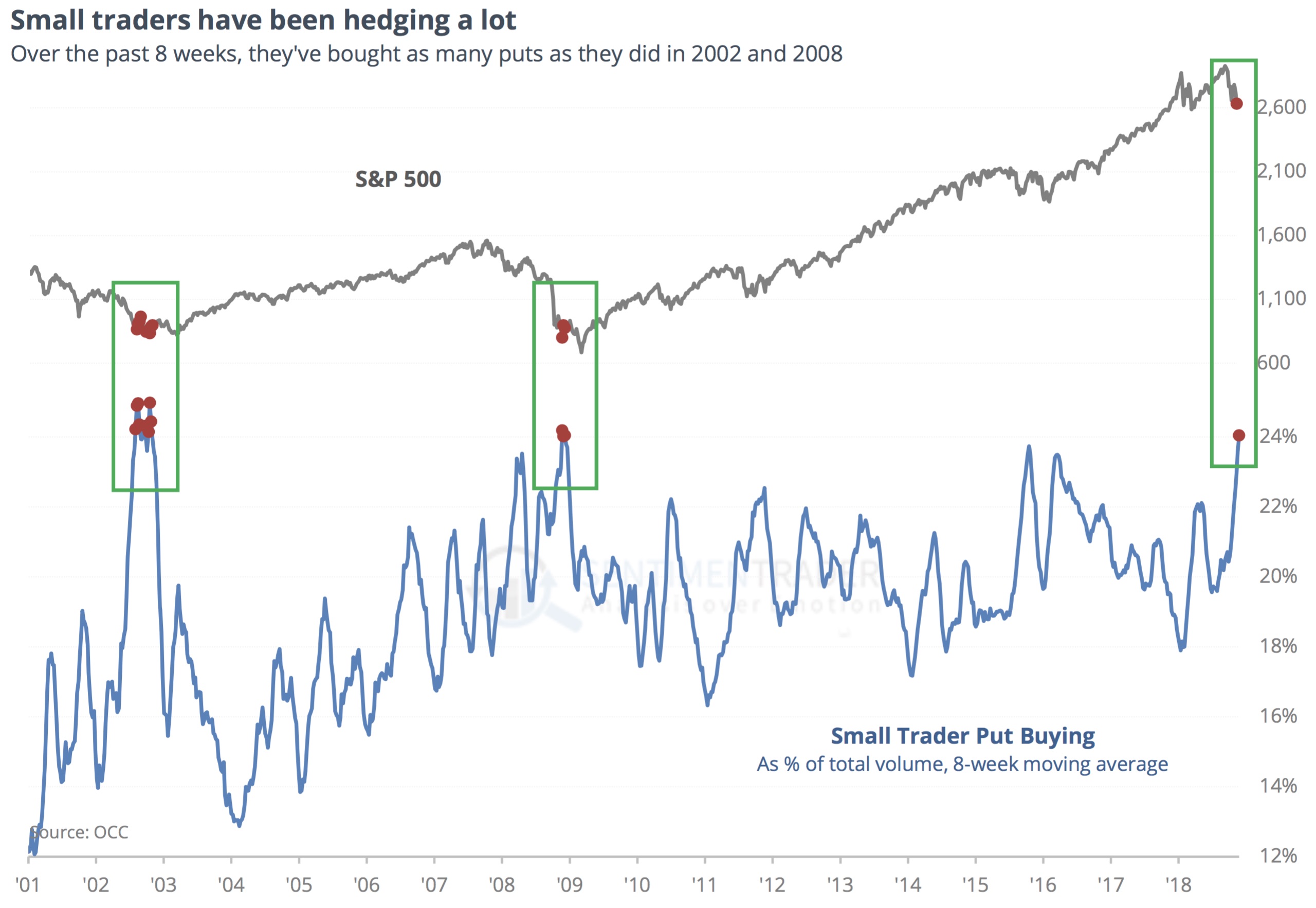 This comes even as other traders let their put contracts expire, pushing open interest below what was seen near the low in October 2008…

Lowest On Record
SentimenTrader continues:  … open interest in put options has dropped precipitously on the most liquid ETF in the world, the SPDR S&P 500 (SPY). Its Put/Call Open Interest Ratio just dropped to the lowest on record. It’s also low for QQQ, DIA, and especially IWM. 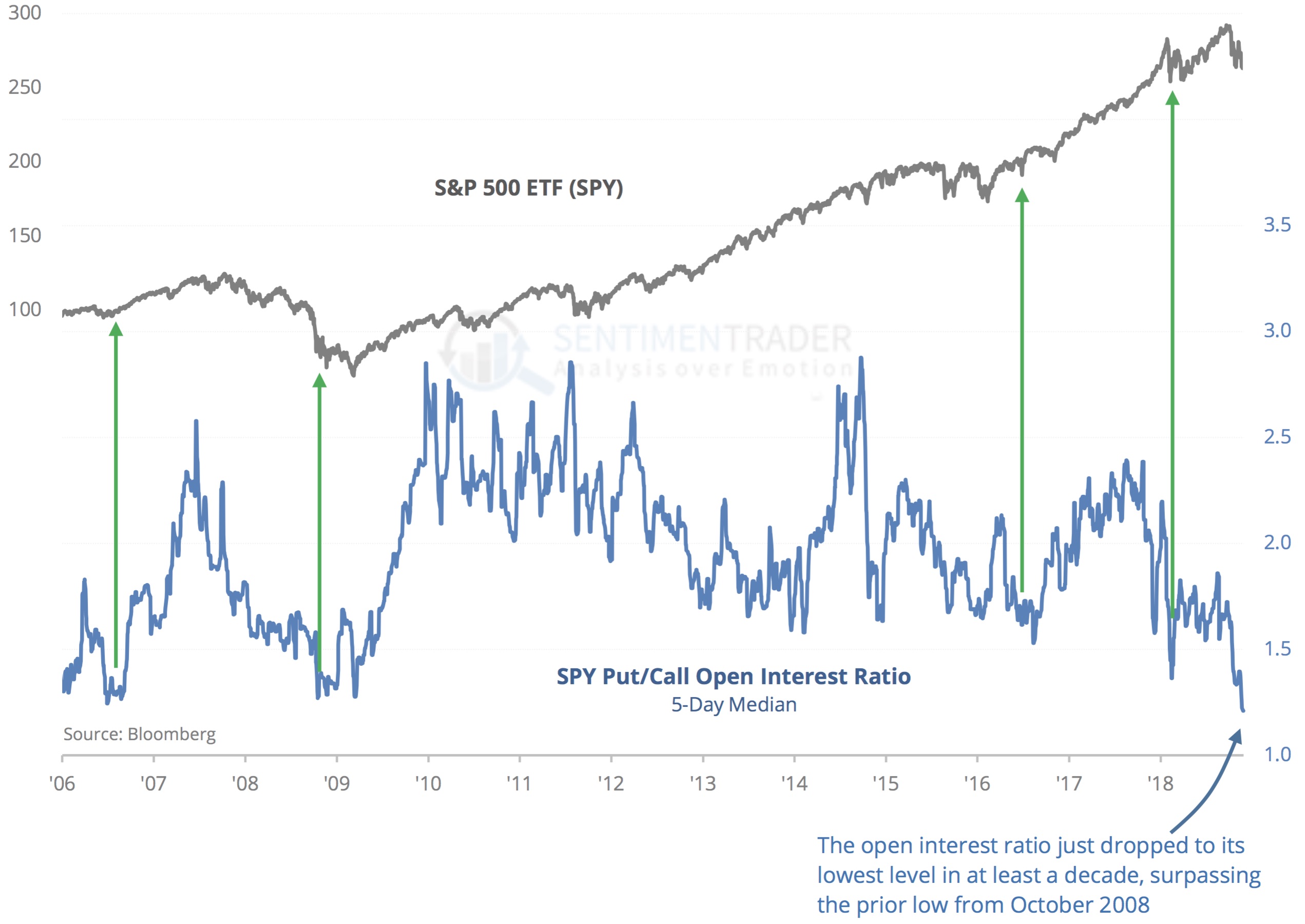 During the October sell-off, traders let a significant amount of put options expire, and didn’t open new contracts. The ratio of open put options to open call options on SPY has now dropped below its prior low from October 2008, the depths of the last bear market.

While many like to assume that this is a contrary indicator, it is not. A high level of put open interest tends to be a negative for stocks; a low level tends to be a positive.

We’d rate this options data as a positive for stocks over the medium- to long-term.

This is why Jason Goepfert is the best in the world at what he does — providing actionable market data.  To subscribe or try a free two week trial to the internationally acclaimed work that Jason Goepfert produces at SentimenTrader CLICK HERE.

***KWN has released the remarkable audio interview with Dr. Stephen Leeb and you can listen to it by CLICKING HERE OR ON THE IMAGE BELOW.

ALSO JUST RELEASED: “There Is A Lot Of Collateral Damage” CLICK HERE TO READ.