By Andrew Adams from Raymond James
April 6 (King World News) – Secular Bull Market – A Different Perspective
We have presented a few different charts in the past to support our view that we are still in the middle of a long-term, secular bull market. This one posted by Jill Mislinksi on behalf of Doug Short on Advisor Perspectives is yet another way to look at it, using the inflation-adjusted S&P Historical Composite. When viewed this way, the move from the 2009 bottom is only marginally above the inflation-adjusted high of 2000 and the 172% gain since 2009 seems rather small compared to what stocks have done in previous secular bull markets. To reiterate, we believe the current market shares more similarities to the 1949-1968 and 1982-2000 periods than the lost decade of the 2000s and still has years left to run. 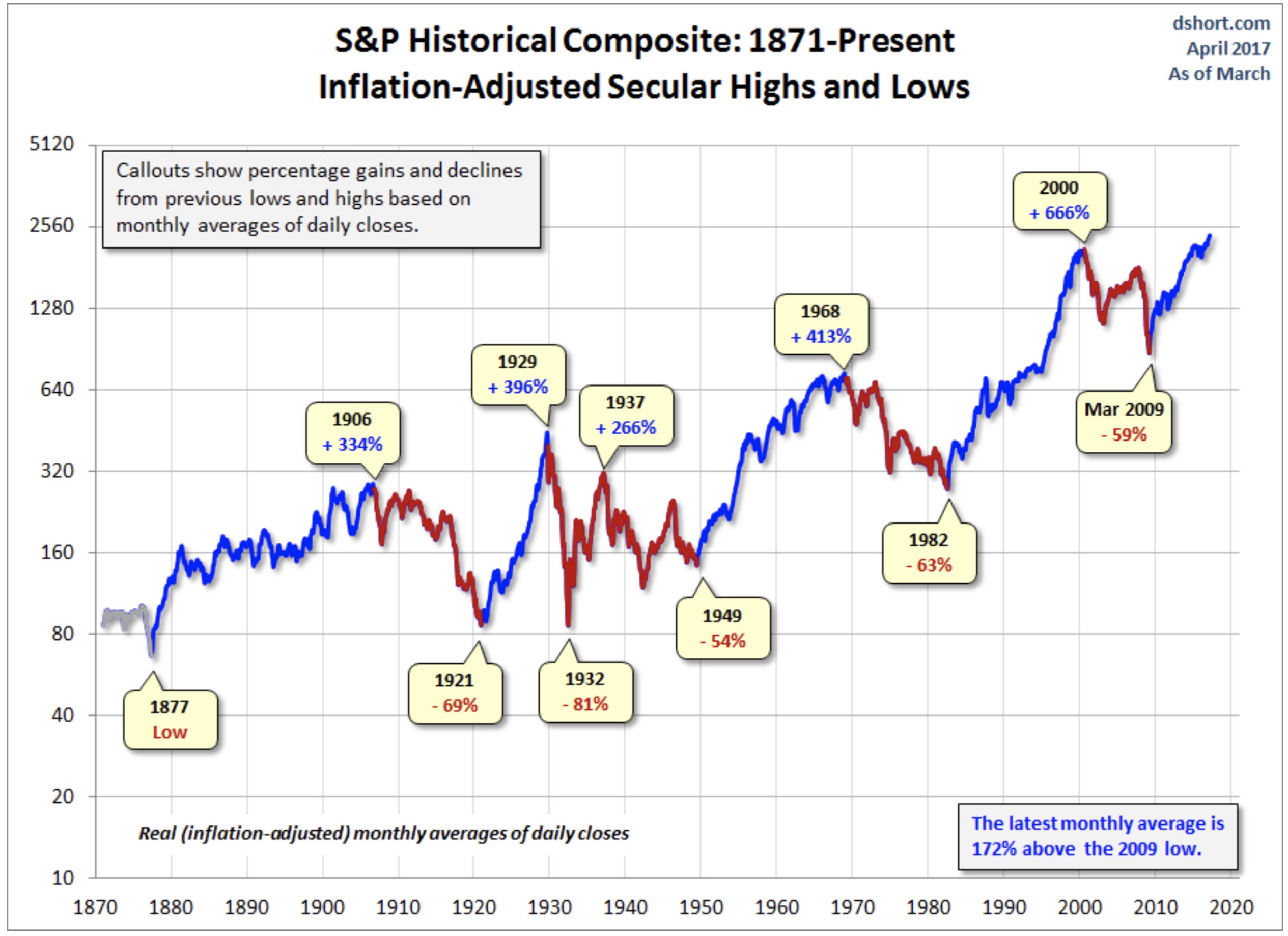 Short-Term Trend Remains Down
On a more near-term basis, however, the S&P 500 still has not done enough to repair the technical damage from March. After gapping up on March 1st in a possible climax to the post-election rally, the index has made lower highs and lows while also breaking down through a few important support lines. Now, those support lines become resistance (red lines) and the S&P 500 will need to climb back above them to demonstrate some more positive technical action.

Trend Is Still To The Downside For Stocks

Update on Transports
I have written in past reports about how the Dow Jones Transportation Average has looked a bit toppy after putting in four different highs around the 9500-9600 zone and breaking down through a trendline that had been in place since last June. Well, the Transports have bounced back up to kiss the underside of the trendline that now acts as resistance. The first step, therefore, to help alleviate the concern is to rise back above that line and then we’ll see if it can make another run at a new high. Until that happens, the path of least resistance appears to be down.

King World News note:  Again, with the public heavily margined on the long side of stock markets, a trend change could be brutal on the downside. 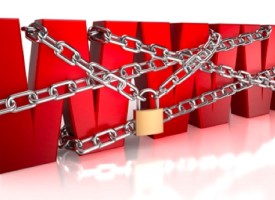