Bullion banks are now long the silver market for the first time in the past 24 years. They are also in one of the most bullish trading positions in the gold market in the past decade as they have already tightened the noose around hedge funds and speculators that are massively short the gold market. Now they are preparing to unleash a historic short squeeze.

Bullion Banks Bullish On Gold
August 31 (King World News) – Commercials remain on the cusp of being net-long the gold market for the first time in over a decade.  Below you can see the commercials near a net-long position, even without the data from this week’s action being reflected yet (see chart below). 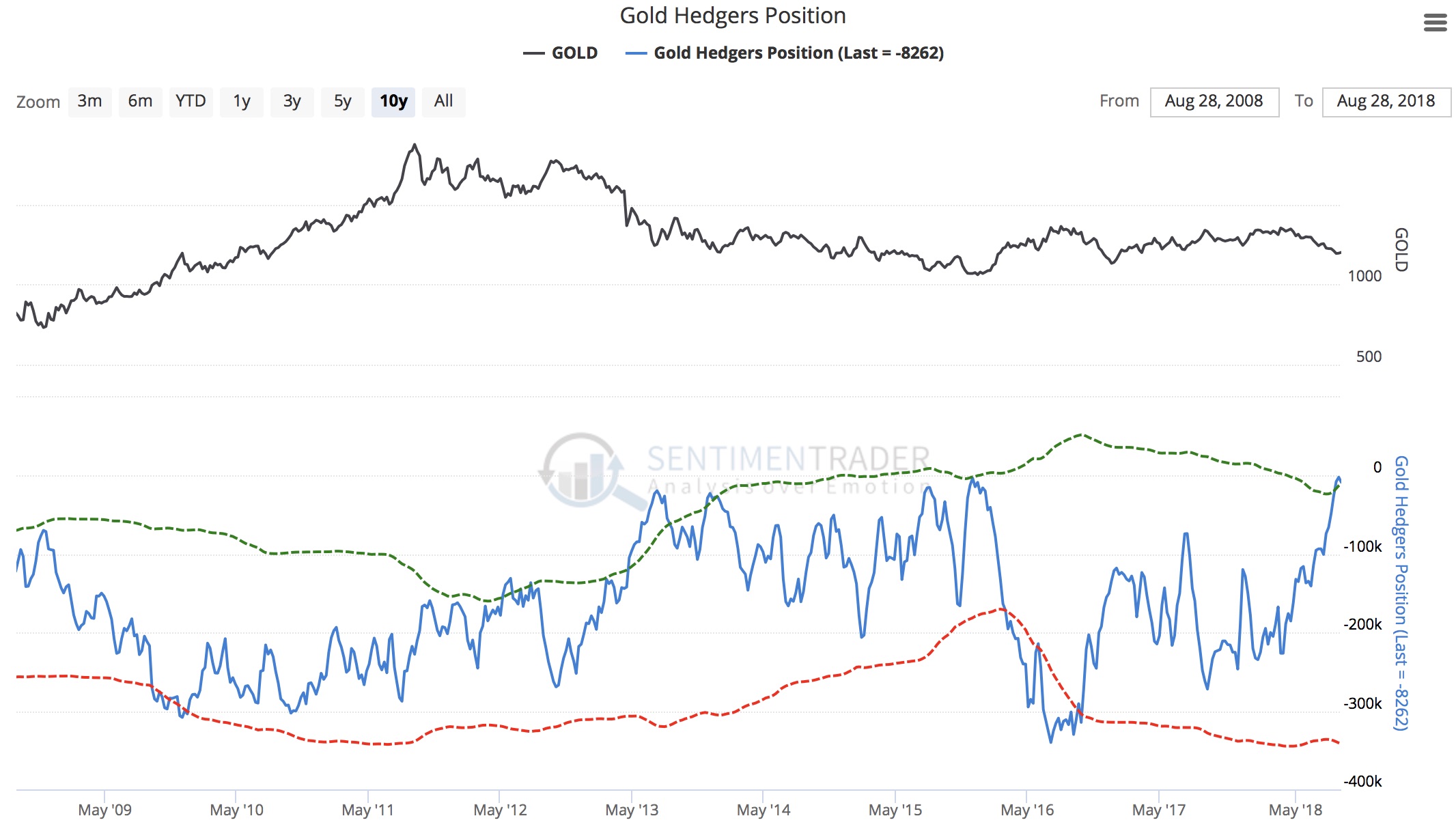 Long-Term Chart Shows Bullion Banks Turning Bullish Gold
Bullion banks and commercial hedgers have been taking the other side of the trade (from hedge funds and small speculators) as they approach being long the gold market for one of the few times in the past 24 years (see chart below). 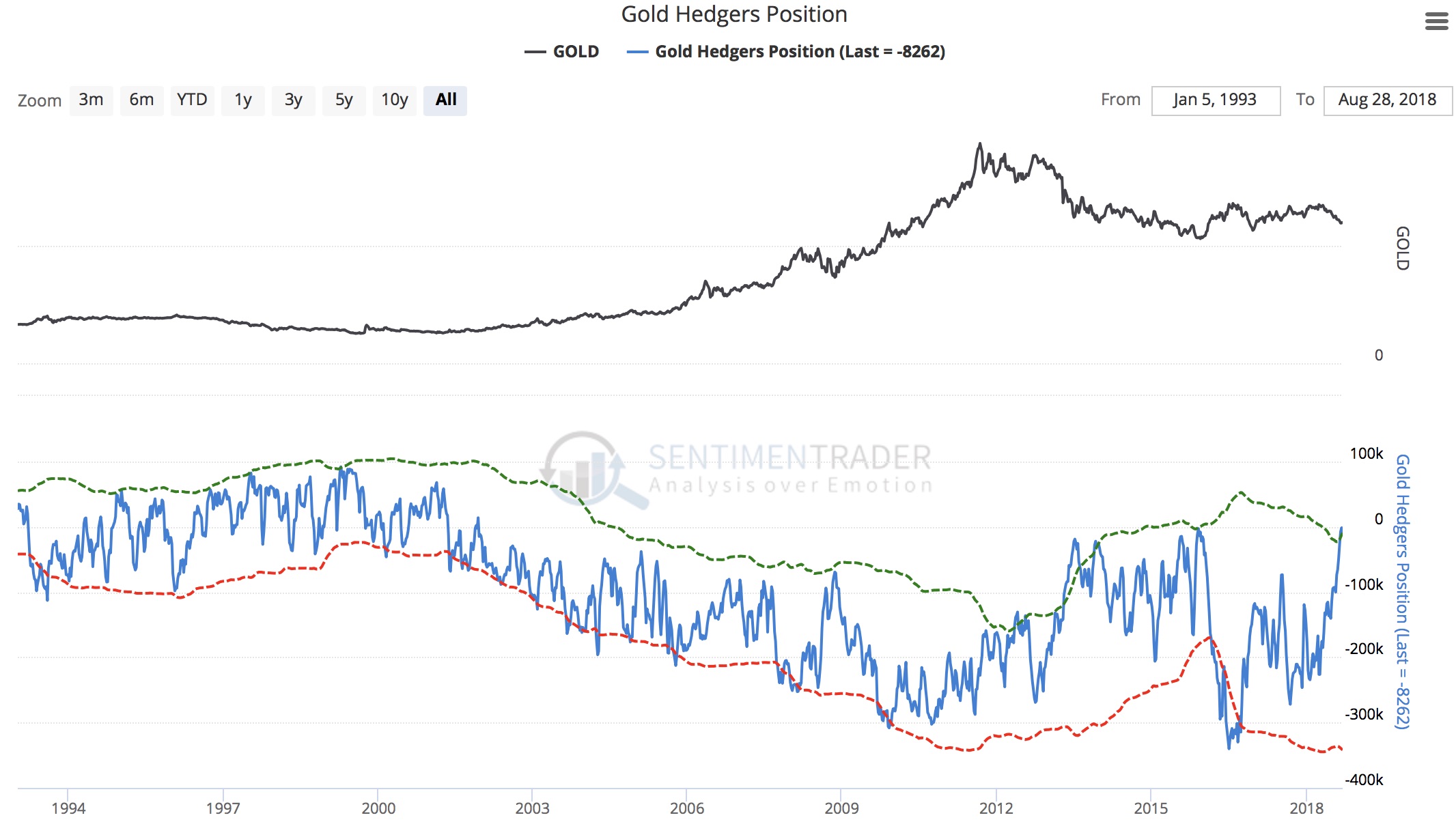 Bullion Banks/Commercials Long Silver For The First Time In History
Bullion banks and commercial hedgers are now long the silver market for the first time in history.  Here is a look at the past decade of commercial short positions in the silver market (see chart below). 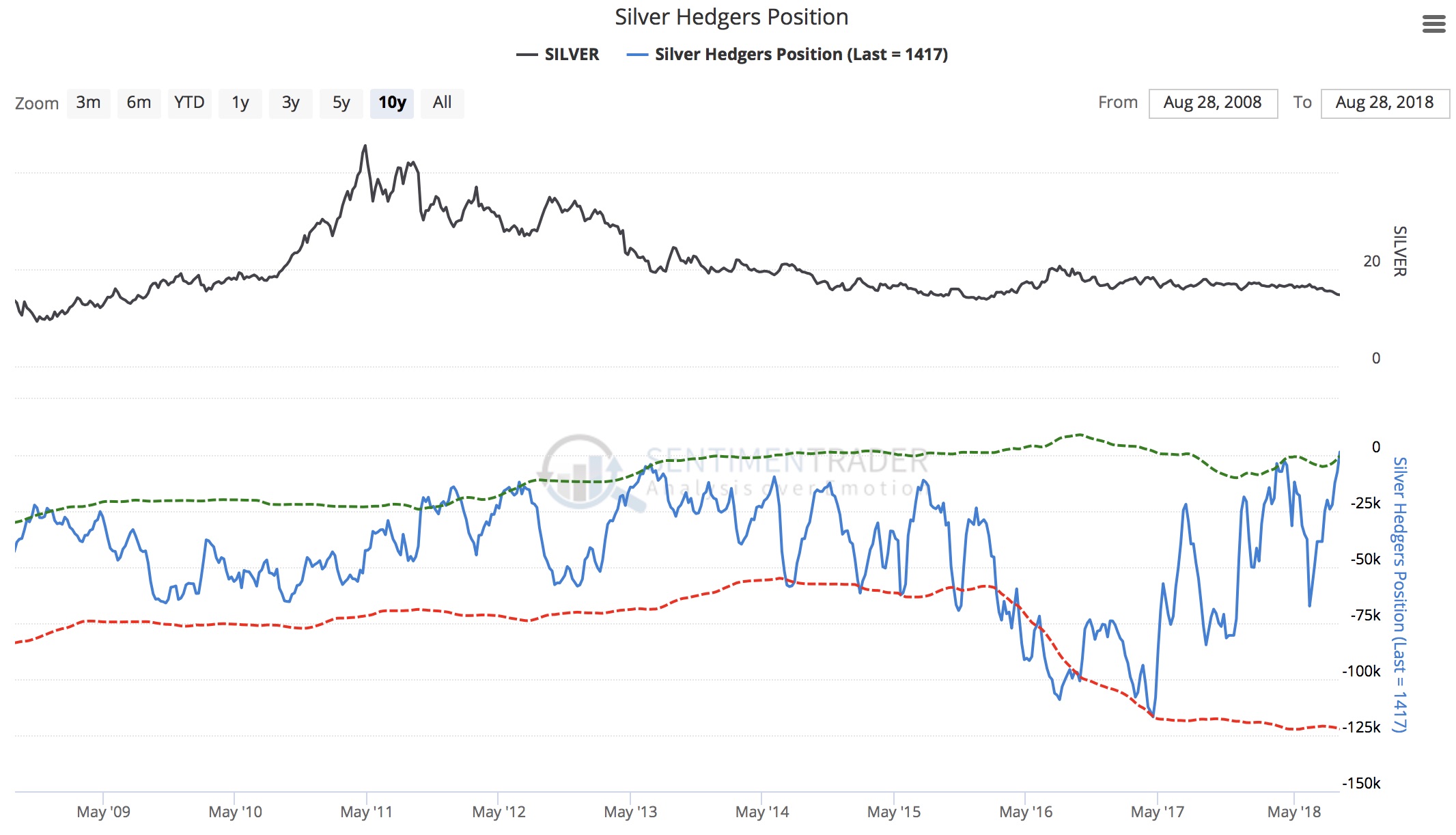 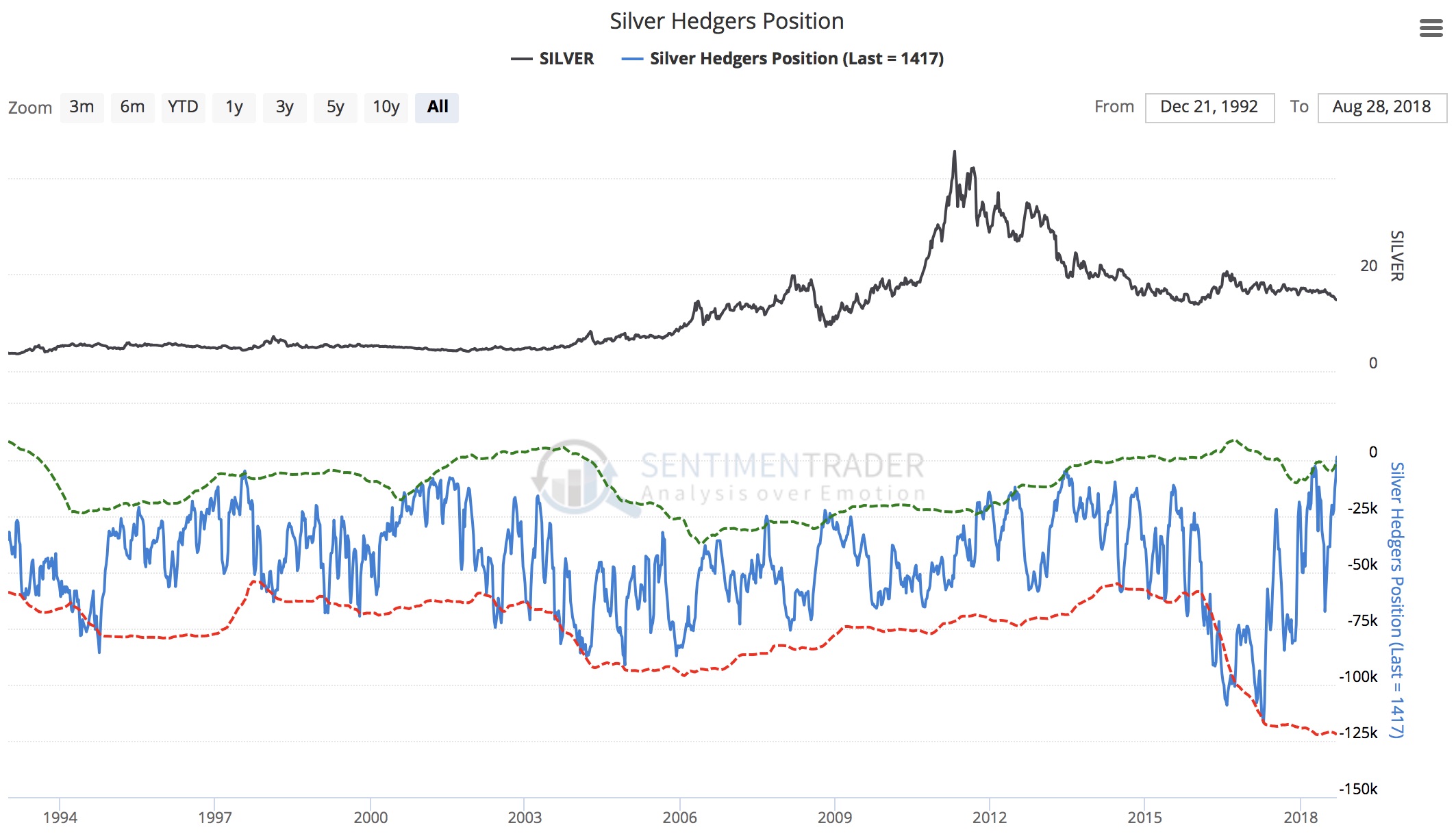 Stay Disciplined
We have already witnessed large scale capitulation in the gold and silver markets, both in the precious metals and the underlying shares of the high-quality companies that mine and explore for the metals.  We may have already seen the bottom of the gold market when it hit $1,160 in overnight trading in Japan during the final stages of last week’s brutal takedown.  So $1,160 will be the key number to watch in the short-term.  For those who are taking advantage of this historic capitulation, the odds greatly favor a major upside reversal, which we believe is already underway. ***KWN has now released the powerful audio interview with Egon von Greyerz and you can listen to it by CLICKING HERE OR ON THE IMAGE BELOW.

John Embry – The World Is Going To See $300 Silver