With the Dow and Nasdaq hitting new all-time highs again, look at this stunning chart of the manic behavior in stock markets.

From Jason Goepfert at SentimenTrader:  “One-year anniversary of a large, calm rally…

The just-passed one-year anniversary of rally shows that the S&P gained more than 25%, the Nasdaq more than 30%, with both enjoying an extremely small standard deviation of daily price changes (see stunning chart below). 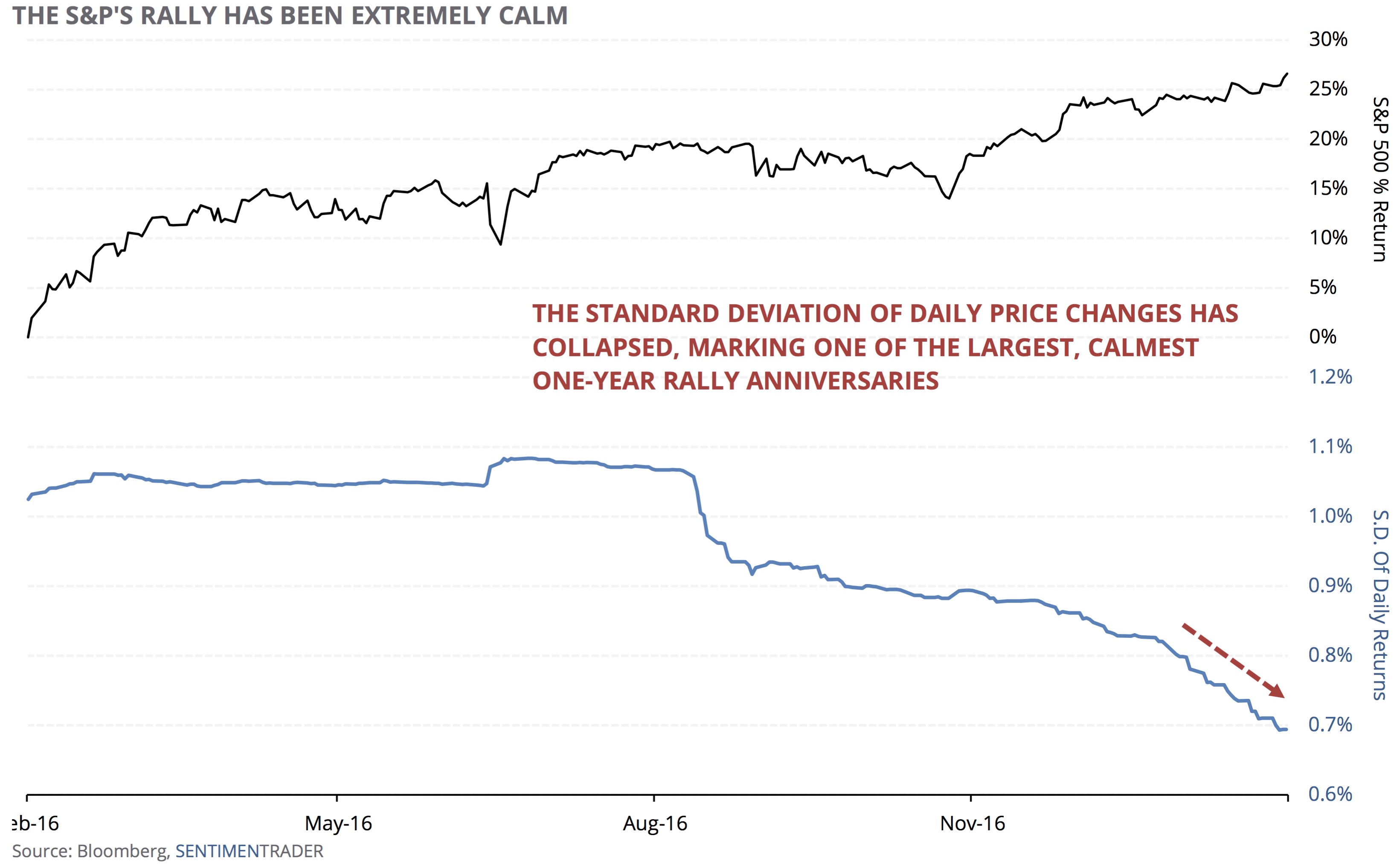 In the history of those indexes, other times they passed the one-year mark of large, calm rallies led to generally poor returns in the medium- term, but better long-term ones in the case of the S&P.”

***KWN has just released the remarkable audio interview with Michael Belkin, the man who counsels the biggest money on the planet, from the largest sovereign wealth funds in the world to top mutual funds, pension funds, hedge funds, and private wealth in North America, Europe, Latin America and Asia, and you can listen to it by CLICKING HERE OR ON THE IMAGE BELOW.

***ALSO JUST RELEASED: Is This The Surprise That Is About To Reverse All Major Markets? CLICK HERE.