On the heels of more massive money printing, look at who just said the price of silver is set to soar and may hit $50 again.

Silver Should Be Lining Your Playbook
May 8 (King World News) – Top Citi analyst Tom Fitzpatrick:  The technical picture on Silver is looking increasingly constructive. Daily chart: Silver now looks to be breaking out of a clear triangle/consolidation pattern suggesting that another leg higher has started. Yesterday it closed above the downward sloping line forming the top of the triangle as well as the 55 day moving average. In addition it posted a bullish outside day. We would expect this to be a catalyst for a move back towards the February high around $19.

Interim resistance ahead of there is met at: 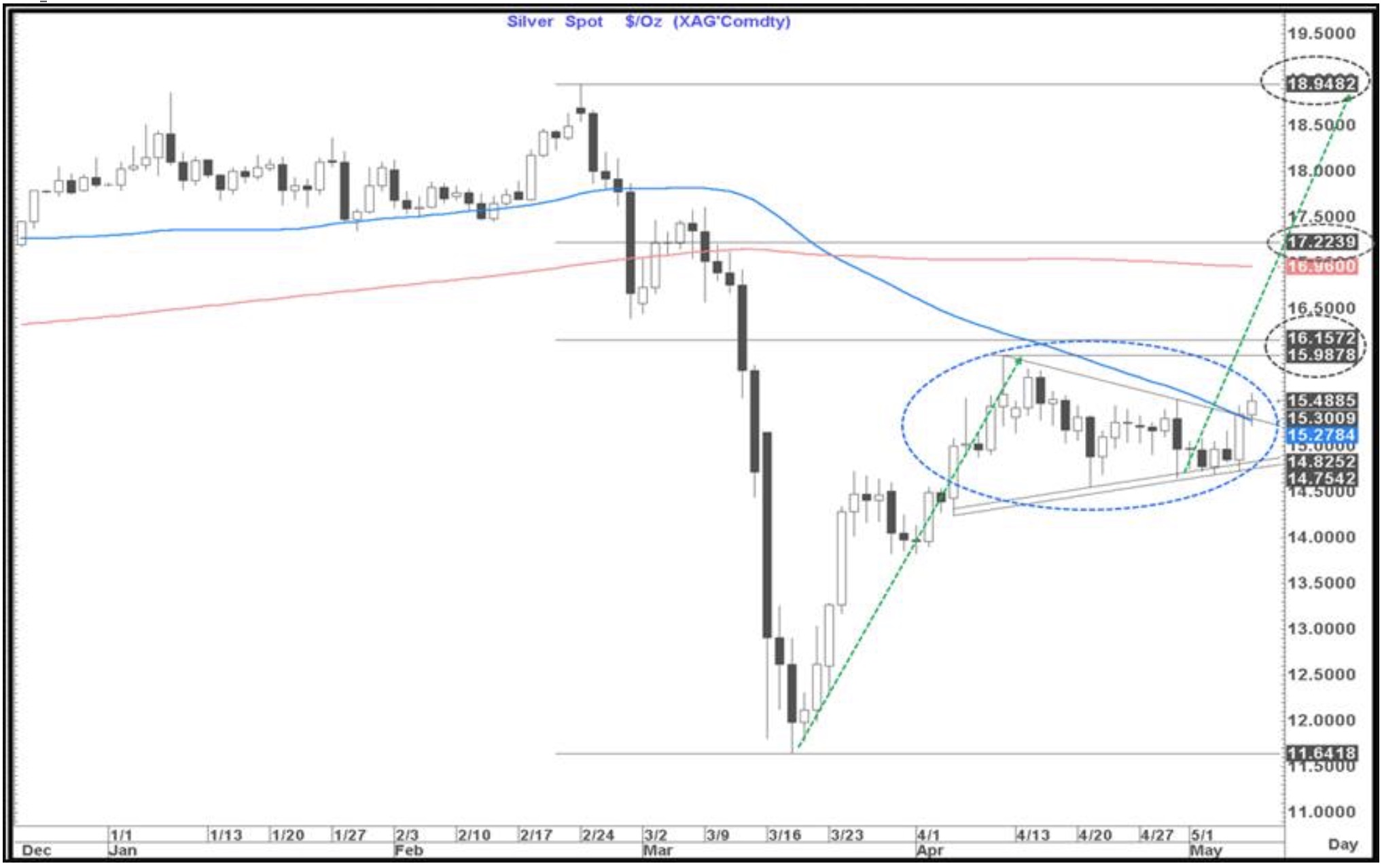 Weekly chart: On the weekly chart there is strong converged resistance in the $16.45-$16.56 area (55 week moving average, horizontal trend line and 200 week moving average. A break through here would further validate the $19 target and possibly an extension to the 2019 high at $19.65 (see below). 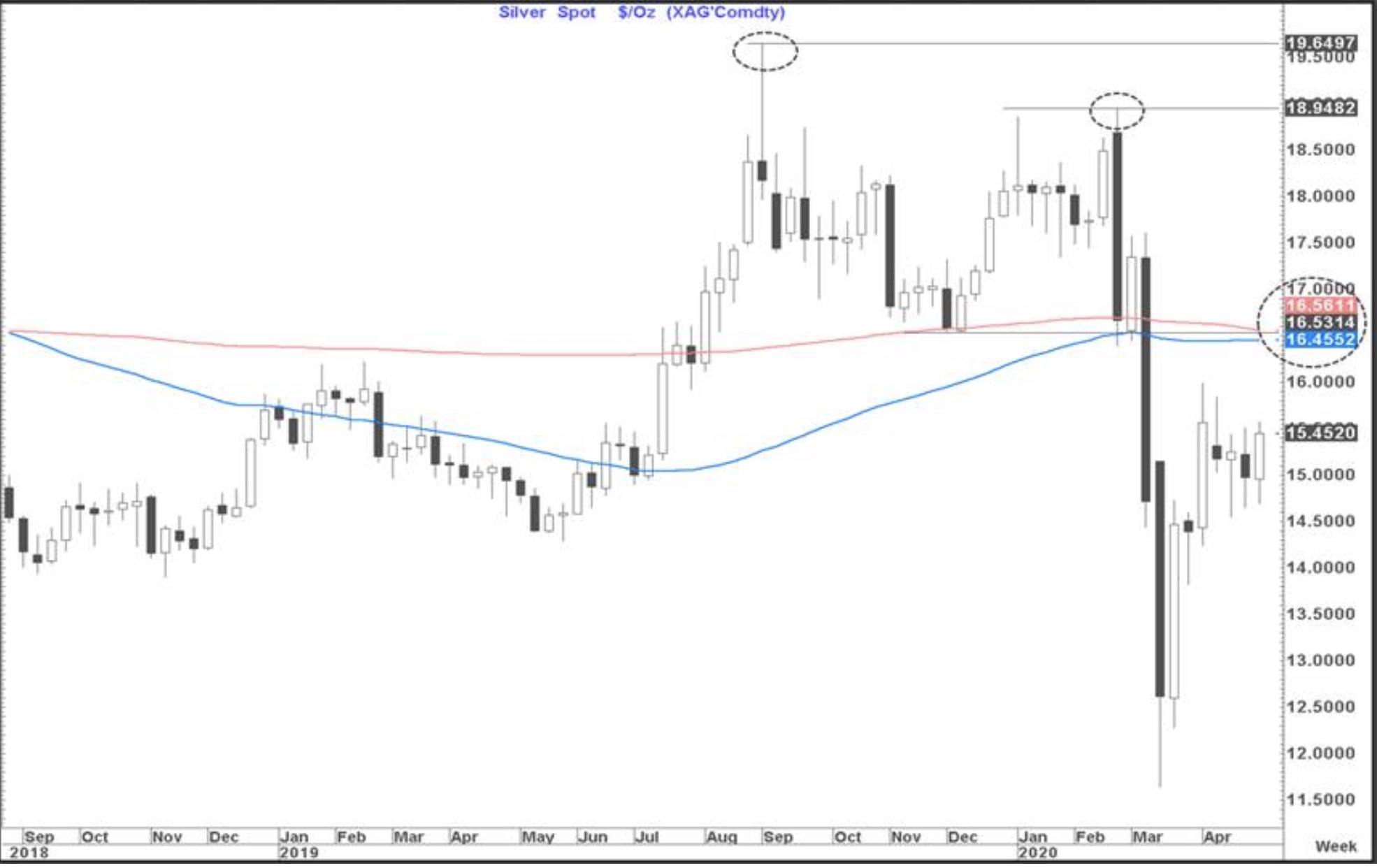 Monthly chart: Despite the sharp fall in March when markets “threw out the baby and the bathwater” and sold everything the underlying picture on Silver still looks essentially like a double bottom formation with a neckline at $21.14 and a strong level from 2010 at $21.34. The double bottom, if completed (At least weekly close) would suggest a minimum target close to $29 (87% from here), It is also worth noting that this resistance area just above $21 when broken in 2010 yielded the strong acceleration higher towards $50 in 2011 (the same peak as seen at the bull market high in 1980 when Gold peaked at $870.)…

$50 Silver Again?
$50 again on the cards in the next few years? Why not? Silver is now looking like it too could become a member of the “what is money club.” 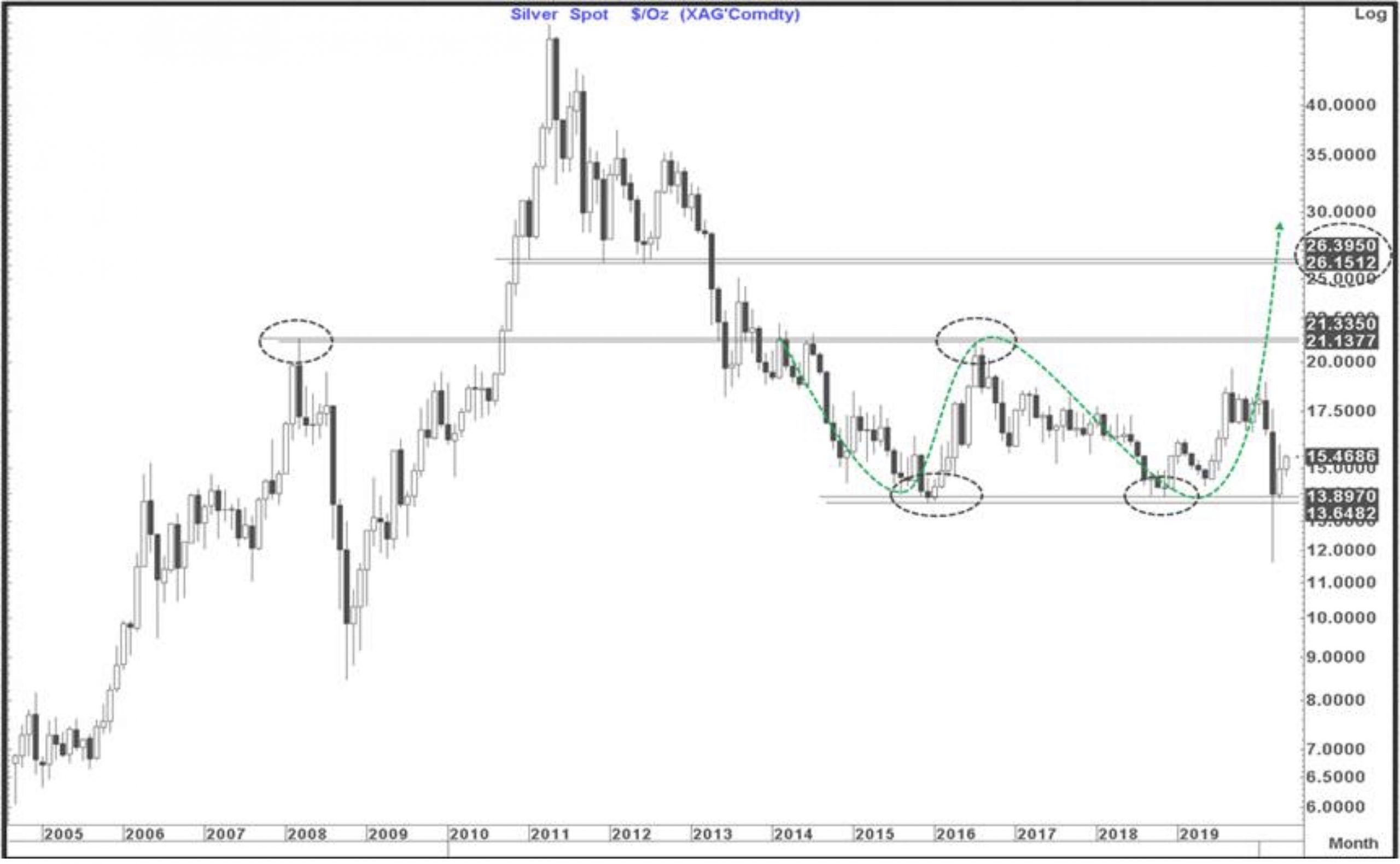