With the dollar decline taking center stage today as gold and silver rallied, it appears the buck is rapidly losing its appeal.

The Buck Is Losing Its Audience
From Jason Goepfert at SentimenTrader:  People are starting to give up on the idea of a strong dollar. Steady downtrends have a way of helping that along…

Jason Goepfert at SentimenTrader continues:  In the January 12 report, we took a look at the end of what had been strong momentum in the U.S. dollar. Currencies tend to be more “trendy” than other markets, and when previous bouts of momentum in the dollar ended, the weakness tended to continue in the weeks and months ahead.

That happened to occur again, and on Tuesday the buck slid to its lowest level since November, a six-month low. It wasn’t even six months ago that the dollar was sitting pretty at a multi-year high. Not coincidentally, that’s also about when web searches for a “strong dollar” were reaching a fever pitch. 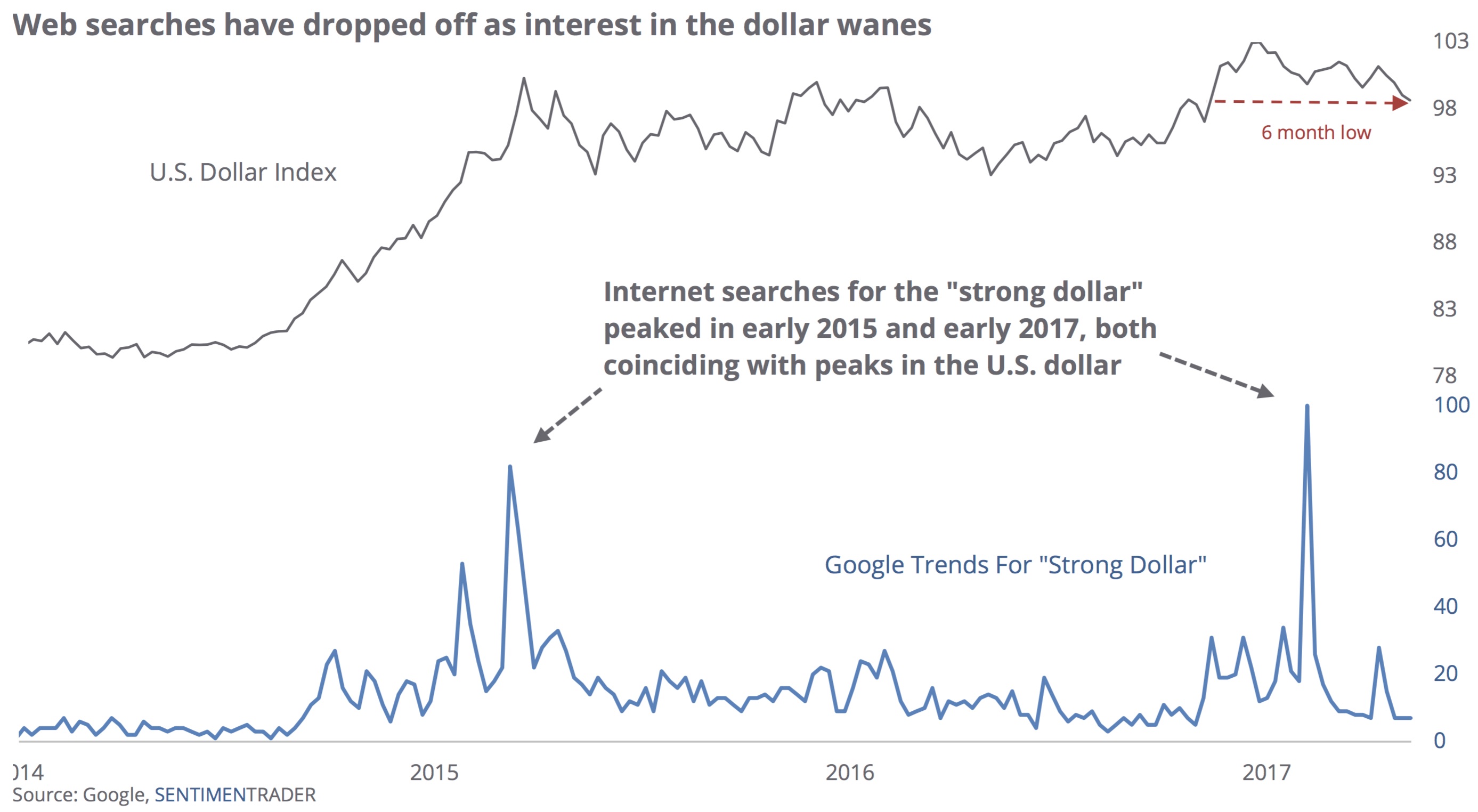 Let’s go back to 1975 and look at other times when the dollar had been at a 3-year high and then fell to a six-month low. Returns going forward are shown on the next page.

For the most part, the dollar did well over the medium-term. Out of the 8 occurrences, the dollar formed at least a 3-month low an average of 11 trading days later. There was a big exception in 1985 when it didn’t manage that for 300 days, but all of the others saw limited downside (less than -1.5%) before forming the low. In 2001, a medium-term rally failed and led to a massive decline, but not before a decent rally. A caveat is that the Optimism Index is still relatively high now compared to the other instances.

Metals didn’t take it well. When the dollar did rally from its six-month lows, gold and silver struggled, as did commodities in general. Stocks did well, especially within sectors like Consumer Discretionary and Technology

Below that, we can see forward returns for various markets and sectors. Because the dollar tended to do okay after falling to these six-month lows, gold and silver tended to suffer (they often move inversely to the dollar). Same with crude oil and, to a lesser extent, commodities in general. Emerging markets did surprisingly well. Among U.S. sectors, technology was a big winner. Two months later, the sector was higher all 8 times by an average of more than 10%. 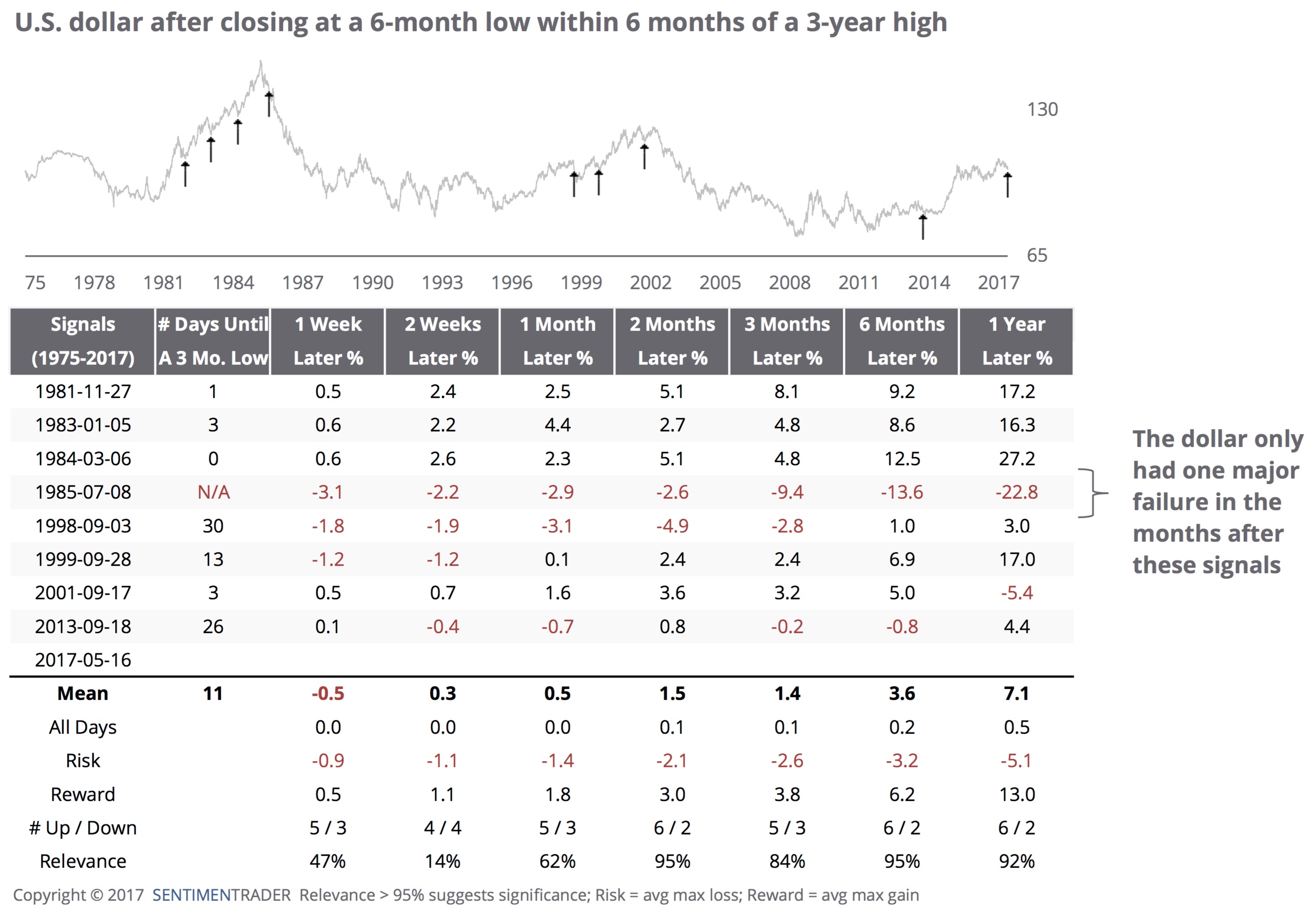 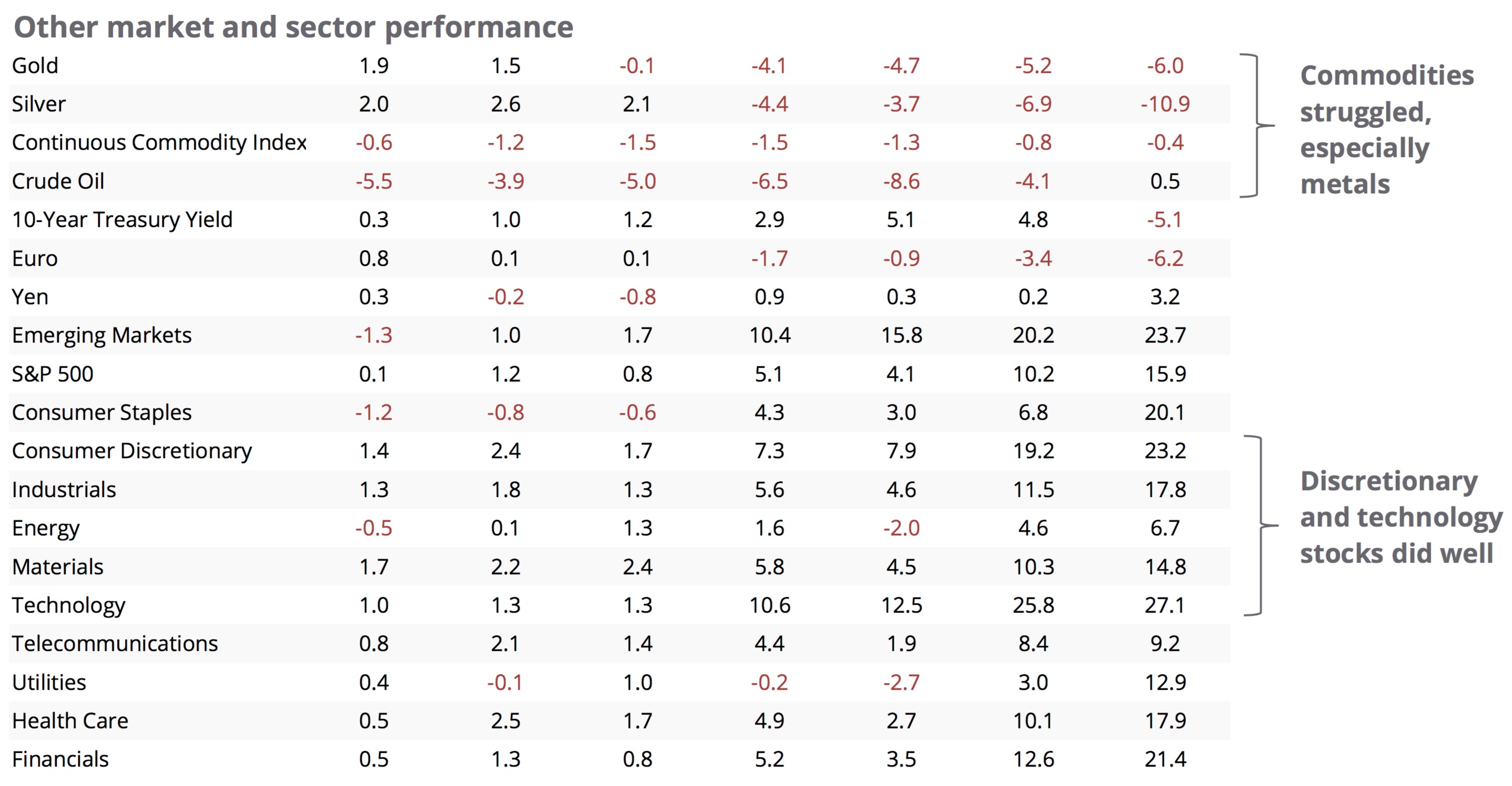