Gold’s Best Friend
November 28 (King World News) – Egon von Greyerz:  The central banks are unwittingly gold’s best friend. As the system gets more corrupt (as it always does when backed against a debt wall and a moral vacuum), Gold gets more loyal… 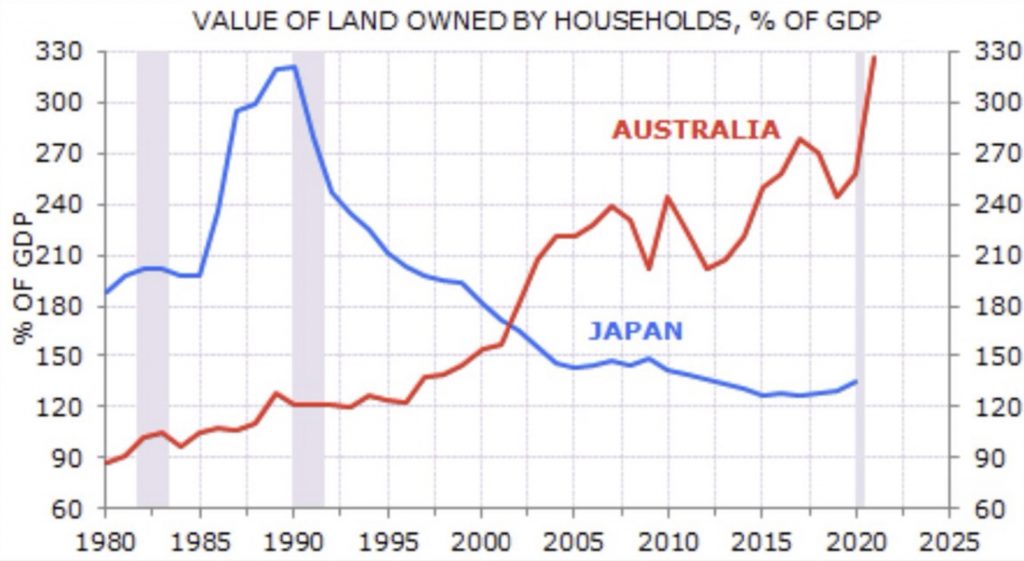 Incredible
Peter Boockvar:  From a humanitarian standpoint, the public dissent and disgust displayed by the Chinese people is incredible. I’ve only been there once and putting aside their authoritarian government, they are hard working, enterprising and family loving people who want to live the same freewill and prosperous life as the rest of us and they’ve been deprived of that now for almost 3 years. Politically, we can only guess how Xi is going to respond but also economically I think the window is still open for a full reopening once they get thru the flu season and greater adherence to the 20 things that was laid out a few weeks ago to reopen and soften the covid approach. Thus, I’d take the other side today of the selloff in commodities, particularly oil and Chinese/Hong Kong stocks. Now for Apple and other manufacturers that source there, production will certainly be delayed but hopefully will be quickly resolved. As for the Vegas of Asia, Macau, over the weekend the Macau government announced the winners of the 6 casino licenses and it was all the incumbents and those stocks are up sharply today. All they need now is more people to show up.

Moving to holiday spending, Adobe Analytics said online spending on Black Friday rose 2.3% y/o/y in nominal dollars, thus declined in real dollars but comparisons were also tough and many more people wanted to shop in store this year relative to last. For spending in November and December, the National Retail Federation is estimating a rise of 6-8% y/o/y, only just keeping pace with inflation…

I also read over the weekend that according to Indeed, the jobs search website, “Employers posted 8.2% fewer holiday openings this year than last year” said the FT and citing data from Indeed. The article went on to say that because of better staffing preparations, Walmart is hiring 40,000 new people this holiday season vs 150,000 last year. Overall, the National Retail Federation is estimating retailers will hire between 450,000-600,000 seasonal workers vs about 670,000 last year. An economist at Indeed was quoted as saying “The labor market is starting to cool down a little bit from last year.”

The inflation stressed consumer in the UK was reflected in the CBI retail index which was -24 vs zero in October and -26 in September. 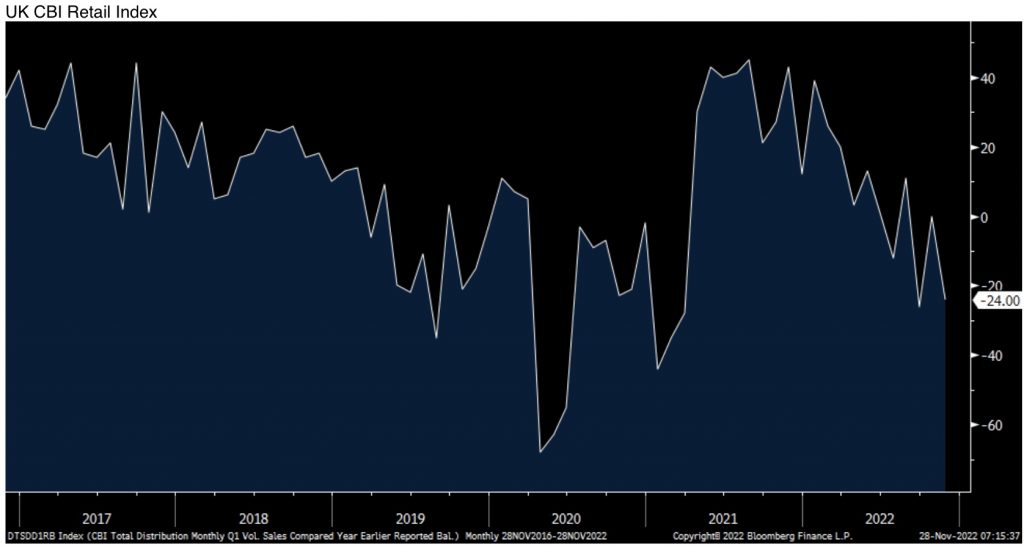 CBI said “It’s not surprising that retailers are feeling the chill as the UK continues to be buffeted by economic headwinds. Sales volumes fell at a firm pace in the year to November, and retailers remain notably downbeat about their future business prospects. This pessimism is reflected in investment intentions worsening to the greatest extent since May 2020.” This number is not market moving and not much is doing in UK markets with the pound little changed as are gilt yields while the FTSE 100 is lower by about 1/3 of a percent.

Speaking of the US dollar, the euro and yen heavy DXY is quietly at the lowest level since mid August as it seems that just maybe the big dollar rally this year was strictly an interest rate differential thing, as I’ve believed it to be, with the very aggressive Fed and nothing more. 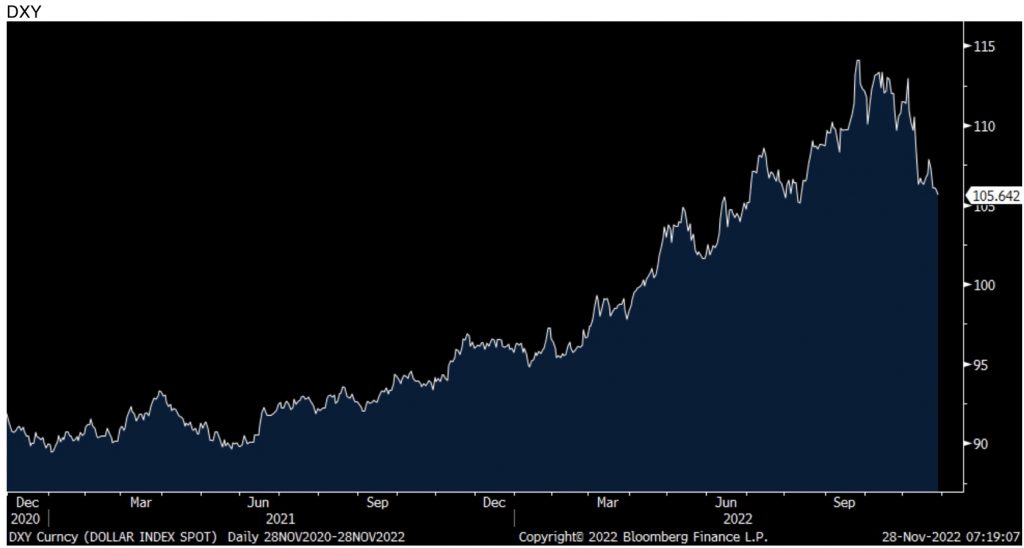 And if the Fed is now coming to the tail end of its hikes, the dollar should naturally fall and maybe the big picture headwinds like ever rising debts and deficits reassert themselves as I believe they will. Gold in turn is just under its highest level since mid August. I remain bullish.

To listen to Nomi Prins discuss her surprising predictions for 2023 as well as why 2023 will be a huge year for the gold, silver and mining share markets CLICK HERE OR ON THE IMAGE BELOW.

More Inflation & QE To Be Launched By Bankrupt West