On the heels of a wild week of trading in Bitcoin, what is happening in gold and the mining shares is going largely unnoticed but it is an all-time record and truly stunning.

From Jason Goepfert at SentimenTrader:  Money keeps leaving the gold miners. Structural trouble in gold mining ETFs got a lot of media attention a couple of weeks ago, and investors have taken notice. The main gold mining ETFs have lost $5 billion in assets in less than 30 days, averaging a loss of nearing 1% of their assets every day. That’s the worst outflow in their history, but it has been an inconsistent suggestion that there is excessive pessimism…

Gold Funds Keep Bleeding Assets
A little over a month ago, the largest ETFs that focus on gold mining companies had over $21 billion in assets under management.

It has been trickling steadily lower and recently turned into a flood. The largest fund, GDX, alone lost over $660 million in assets on Wednesday. Altogether, the six largest funds are now worth less than $16 billion, a stunning loss even as the price of the funds mainly tread water.

This leak in assets is most likely due to reasons other than pure pessimism. Some of the funds have pressed up against their practical maximum and have ended up investing in other gold funds instead of gold mining stocks, a ridiculous situation that was bound to burst.

The chart below shows the average inflow/outflow among the funds over the past month, expressed as a percentage of assets. 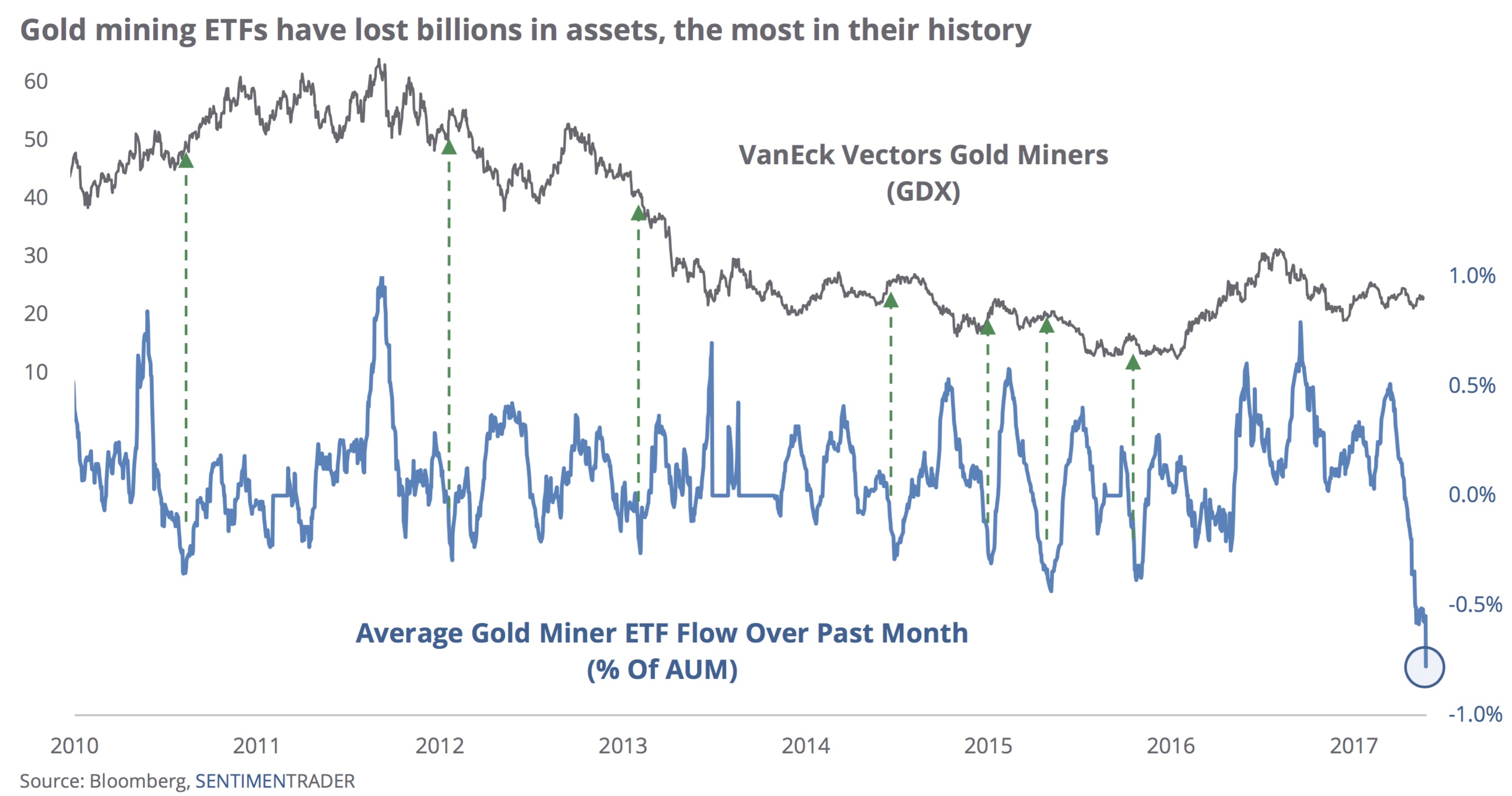 An All-Time Record
We can see that the funds have lost nearly 1% of their assets on average every day for the past month, far beyond anything they’ve suffered in recent (or all-time) history.

ETF fund flows aren’t necessarily an accurate reflection of sentiment, since some of the flow is due to shorting activity, etc. And we can see that other bouts of large, persistent outflows were an inconsistent indicator for funds like GDX.

It’s tempting to think that the huge outflows have to be a sign of pessimism and thus a bullish indicator for funds like GDX. But there are likely reasons other than sentiment behind the moves, and even if not, the flow’s use as an indicator, contrary or otherwise, was too inconsistent. We’re not reading much into it.