As the global financial system continues to break down, here is a shocking look at where things stand.

When All Else Fails
December 14 (King World News) – Egon von Greyerz:  When systems break down, the powers-that-be have always preserved their comical reputations by employing two simple policies:

1) Inflate away their debt and…
2) control their angry masses with fear and the threat of foreign or internal “enemies” rather than their criminal leaders.

Whether it be a Commodus, Romanov, Batista, Biden, Franco or Bourbon at the helm of a sinking ship, the end game for bloated leaders reigning over bloated debt always ends the same: More lies, more controls, less liberty, less truth and less free markets. 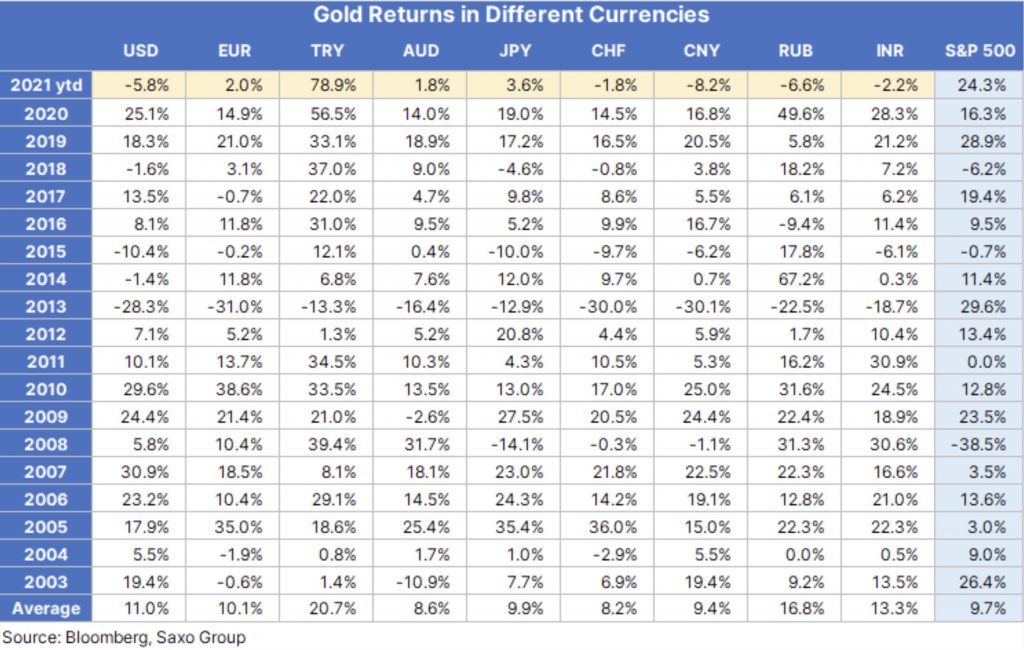 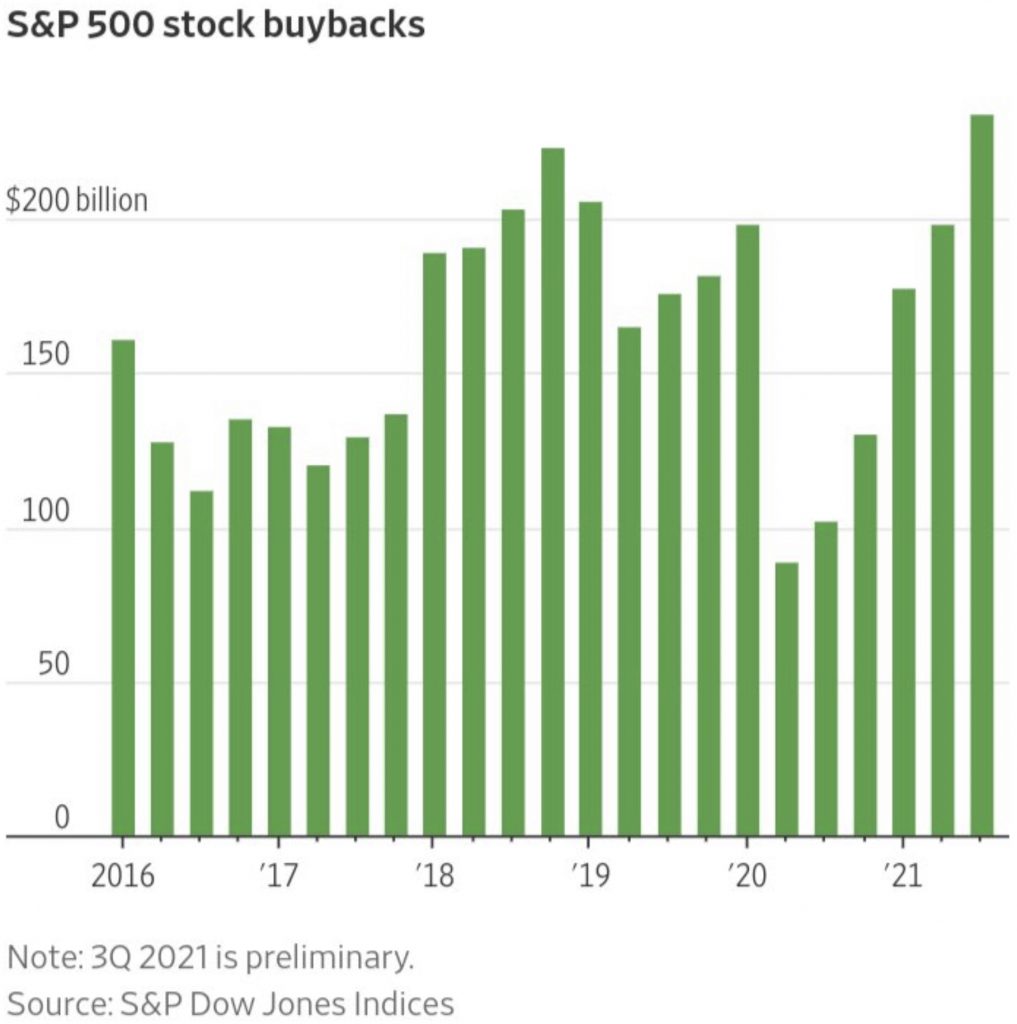 As inflation began to run, the Fed dilly-dallied, concocted their “transitory” canard and now inflation’s fully out of control. Yet here we are on the eve of a big FOMC meeting and they’ll continue with their 0% rates (deeply real negative rates) and money printing (at a lesser level)…

Silver Daily
Graddhy out of Sweden:  Still very much backtesting blue line, which now has 13 contact points. And we now have red positive divergence on indicator. A clear pattern that fails often gives a strong move in the opposite direction; the failed purple inverse head & shoulders gave us that. 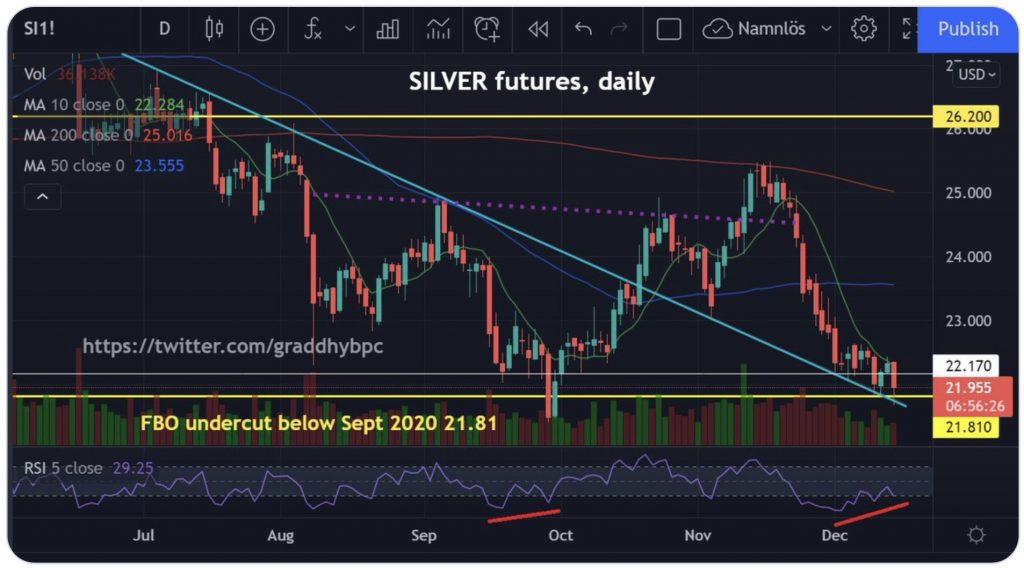 This Is Priceless
Sven Henrich:  Remember when after the financial crisis Ben Bernanke told Congress he’d bring the Fed’s balance sheet back down to $1 trillion or less?

“I think we would like to bring the balance sheet back to something consistent with where
it was before the crisis…under one trillion dollars.” — Fed Chairman, Ben Bernanke

After that he launched QE2, Operation Twist and QE3 and ballooned it up to $4.5 trillion instead. Powell has now bloated it up to the current $8.7 trillion.

This Is Also Priceless
Albert Edwards, Former Global Strategist at Société Générale:  This quote (above from former Fed Chairman Ben Bernanke) sums up the bullsh*t that forever spills from the mouths of Central Bankers. Their stated intentions are just ‘pie in the sky’. Any attempt to ‘normalise’ rates due to inflation concerns will fail because they will blow up the monster bubbles they created and back off. 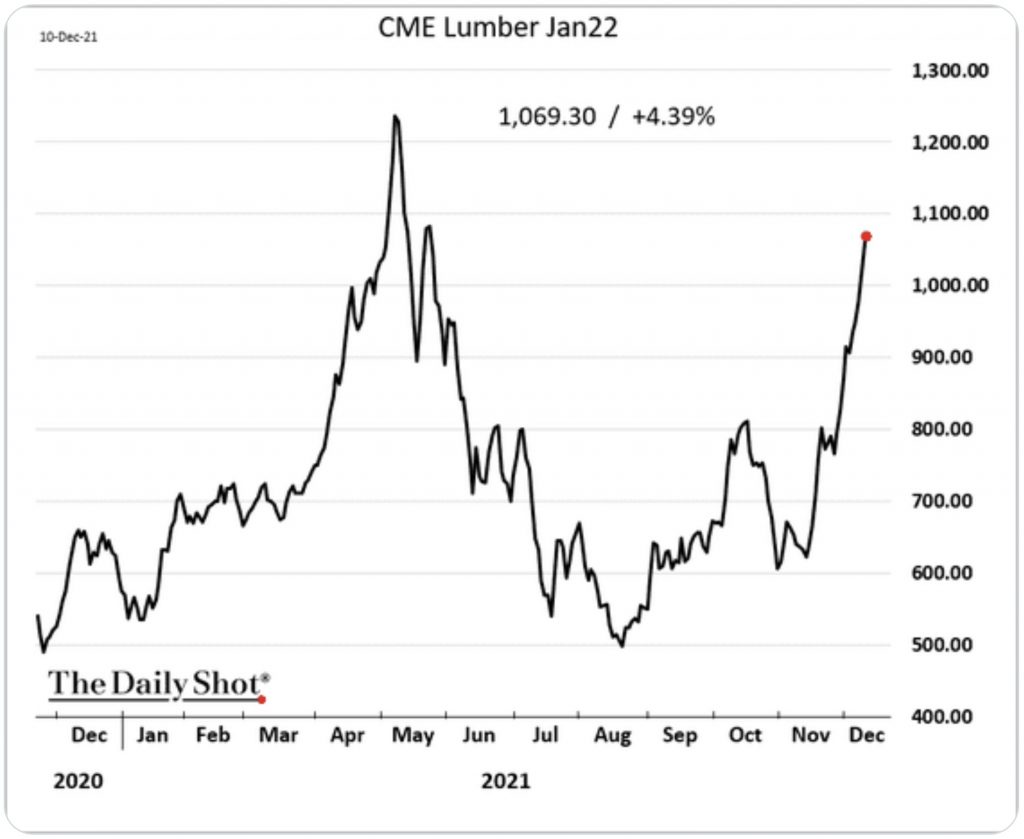 Zacatecas Silver Initial Silver Resource At Panuco Deposit
Zacatecas Silver, the well funded silver exploration company with a commanding land package in one of the world’s most important regions for silver has just published an initial inferred mineral resource estimate on their Panuco Deposit. The estimate of 16.4 Million silver equivalent ounces at 187 g/t AgEq includes a zone of 5.1 Million silver equivalent ounces at 235.25 AgEq (see company news release on December 14, 2021 for a breakdown of metal components). Interesting to note that while this is an impressive start for the company, which attracted early attention out of the gate for garnering backing from some world class silver investors such as Eric Sprott, the recent high grade drill results produced by the company (including an intercept of 2.17m at 823 g/t AgEq described by the company on November 23, 2021) are outside of this resource zone and therefore are not included in the resource estimate.

Panuco- A Pure Play on Silver
One thing important to note about the Mineral Resource described today is that a very substantial component is comprised of silver, with a small gold component. There are no base metals used within the equivalency calculations and this speaks to the fact that Panuco represents a very pure play on silver as it develops.

Mineral Resource Estimate a Great Foundation
Dr. Chris Wilson, Chief Operating Officer and a Director of Zacatecas comments, “This Mineral Resource Estimate of over 16 million silver equivalent ounces is a great foundation for Zacatecas Silver. Our experienced field team will continue to focus on Mineral Resource expansion drilling at Panuco, along strike and at depth, while also carrying out pure exploration drilling at newly identified regional targets within the large land package. Drilling is currently focused on the Tres Cruces vein to the north of Panuco where where the results from the first four diamond drill holes returned results of up to 2.17m at 823 g/t AgEq (as outlined in a 23 November 2021 News Release).”

Small Share Structure, Big Upside
Well financed, excellent early exploration results and now an initial resource estimate is a great combination but adding to the upside is the share structure. A lot has been accomplished already and has been done while the share structure has stayed small. Less than 53 million shares are outstanding and no warrants have been issued. This can provide real potential torque for shareholders as results continue to get generated via the active program on the ground targeting expansion of the Panuco resource and pure exploration on previously undrilled targets. Zacatecas Silver, symbol ZAC in Canada.