Look At The Havoc That Has Been Unleashed Across The Globe

As the Dow hits an all-time high, look at the havoc that has been unleashed across the globe.

Where Does An Investor Go for Returns?
September 20 (King World News) – The following is from Andrew Adams at Raymond James:  While the U.S. stock market hasn’t exactly been on fire this year, its performance has been very impressive compared to the rest of the world. The S&P 500 is up 8.63%, while the Russell 2000 is up 11.43%, but outside of U.S. stocks, not much has worked in 2018. The trade war is not solely responsible for this difficult trading environment, but it certainly hasn’t helped. All of the assets in the table below have remained under pressure within the last month, as well.

Where Does An Investor Go for Returns? 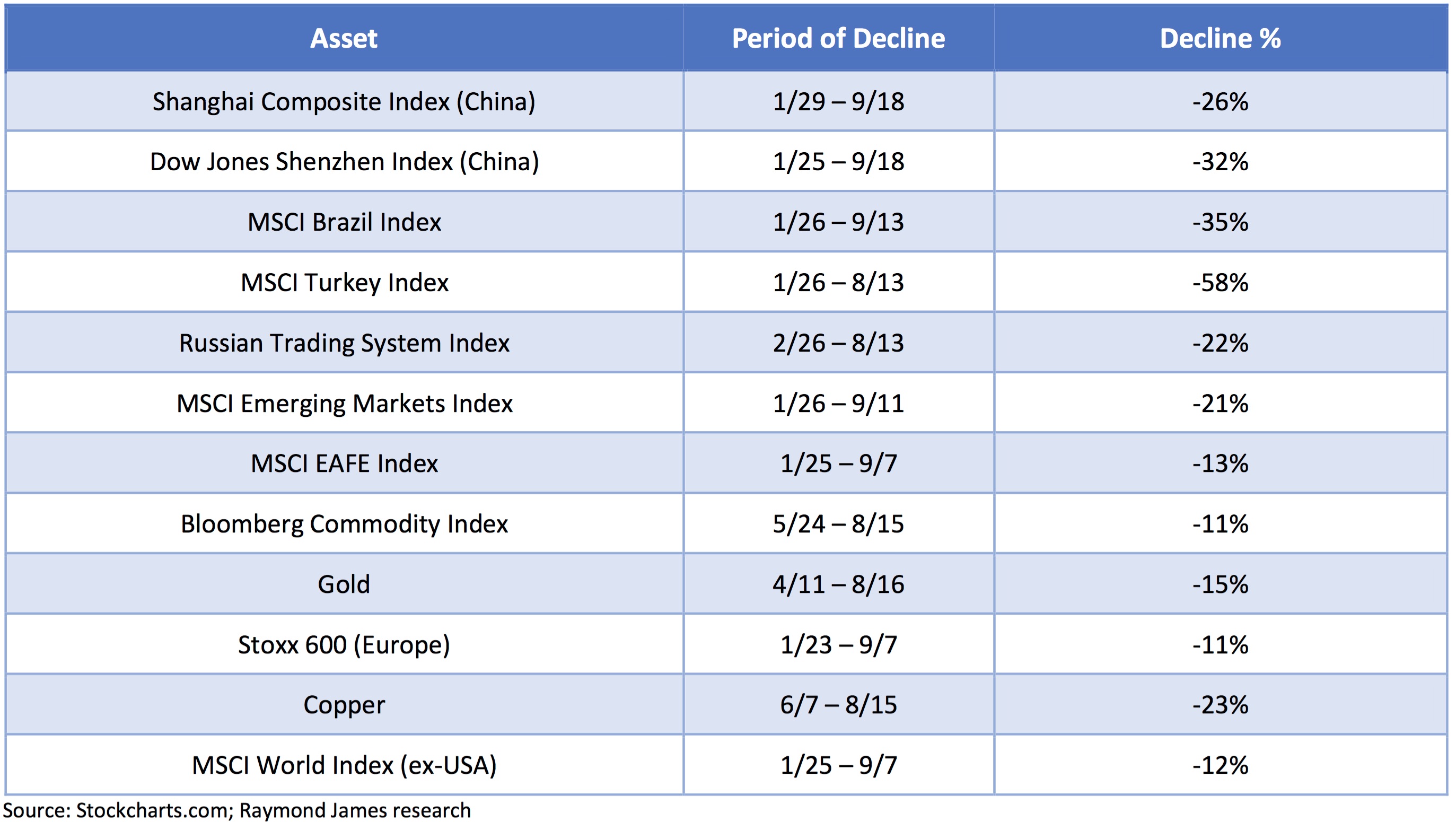 Here is a portion of what Peter Boockvar wrote today as the world awaits the next round of monetary madness:  US yields are taking a breather being little changed after a pretty persistent rise with 4 weeks of gains. A close in the 10 yr yield above 3.11% would put it at the highest since 2011. The rise in rates I guess wouldn’t matter that much if it wasn’t for all the debt out there (global debt is $247 Trillion, 318% of GDP), particularly on the corporate side.

Total US business debt as a percent of GDP is at a record high in an expansion. The peak was in the economic trough in Q1 2009. There is a lot of cash on corporate balance sheets but most of that is at a select few technology companies. I read a stat on cnbc.com yesterday that of high yield companies, the cash to debt ratio closed 2017 at 12%, below the 14% level seen in 2008.

King World News – Between the chaos in emerging markets and the staggering corporate and government debt, when the next round of terror is unleashed in financial markets it promises to be nothing short of breathtaking.  Make sure you are prepared.

***KWN has released the powerful and timely KWN audio interview with Andrew Maguire and you can listen to it by CLICKING HERE OR ON THE IMAGE BELOW.