Today one of the legends in the busines, Felix Zulauf, spoke with King World News about the massive upcoming second leg of the gold rally and disaster for global stock markets.  The 20-year Barron's Roundtable panelist also described the stunning move in the price of gold in one major currency.

The great exception is precious metals and gold in particular….

“Gold is not a commodity.  Gold is money.  Gold actually performed extremely well last year because it was the second strongest currency after the U.S. dollar.

And everybody who lives in a country where the central bank, with dumb policies, weakens and devalues the paper currency values by printing money like mad, is extremely well-protected by owning gold.  Gold is fulfilling its historic function.

Gold Soaring in Euros And Rally Will Continue

It (gold) is already up 15 percent in euro terms this year alone — in this first month.  So it is fulfilling it’s function to protect its owners against risky and dumb policies by the authorities.

I think in U.S. dollar terms we are in a medium-term rally (in the gold market).  I think that rally has more to go. My original expectation was for the mid-$1,300s but it could easily go to the mid-$1,400s in the first half of this year. 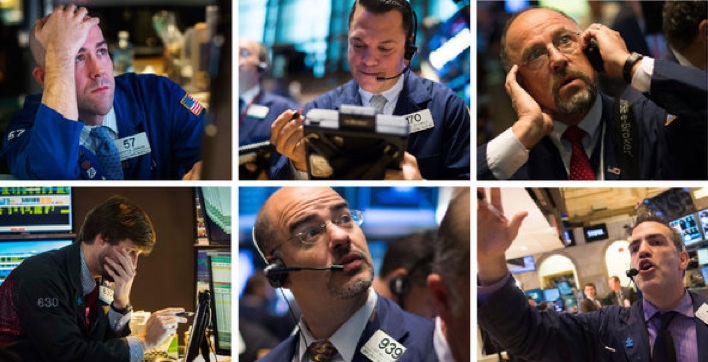 The second part of the rally will begin once the U.S. dollar begins to correct.  That will give it (gold) another kick. … When (global) stock markets are in for disasters, then gold will take off.  It (gold) is juxtaposed and it will trade juxtaposed to the stock markets in the world.” Felix Zulauf's remarkable audio interview has now been released! To listen CLICK HERE OR ON THE IMAGE BELOW. The written interviews only contain 5 percent of what is in his outstanding audio interview. Zulauf reveals where the best jurisdictions are to live, where you should have your assets, what sort of assets to own and what surprises to expect in the gold, bond and stock markets in 2015 and beyond.

***ALSO JUST RELEASED: The Death Of The Middle Class And The Hard Truth CLICK HERE.

Bill Fleckenstein On The Catalyst That Will Send Gold Surging Above $1,400