On the heels of another weak economic data release from the United States, a legendary chairman & CEO overseeing more than $165 billion, who is one of the most respected men in the financial world, revealed why the actions of central planners scares him.

Eric King: “Rob, we had a stock market crash in China and not too long ago the U.S. stock market gapped down 10 percent one morning. What are your thoughts as we go through this trouble that you said was coming?”

Rob Arnott continues:  “Well, are you ever going to buy again knowing that you can’t sell? So it will be interesting to see how they work themselves out of this corner they’ve painted themselves into. 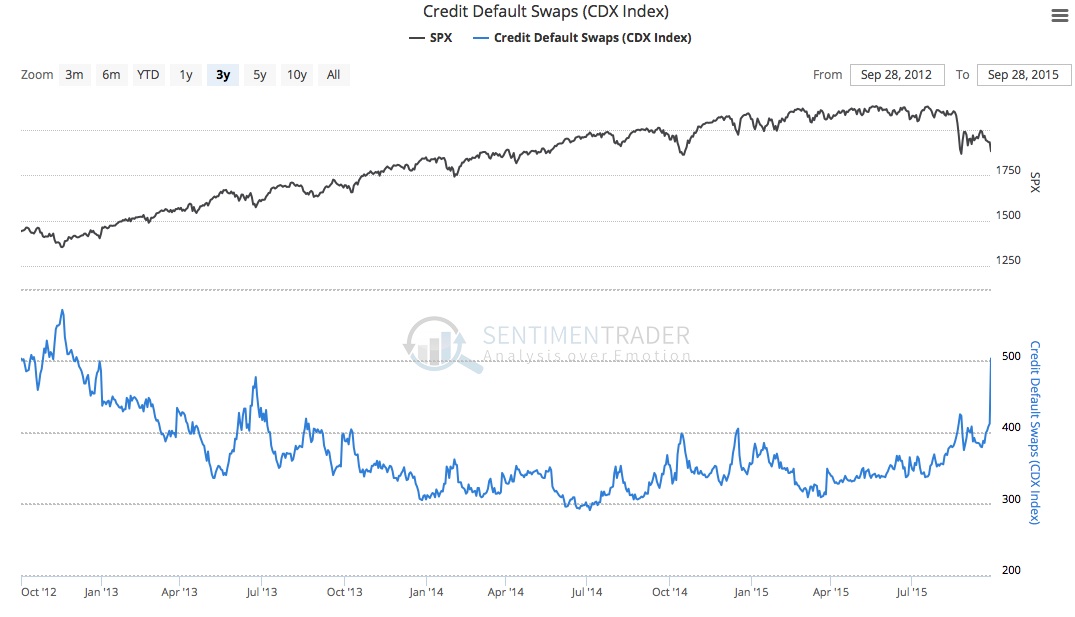 More broadly, high-yield spreads have blown out tremendously. One could even call the behavior a few days ago a mini-crash in high-yield.”

Eric King: “Rob, you were a seller of U.S. stocks as they surged to new all-time highs and people were euphoric. You were cutting positions there and you’ve been adding more aggressively into the carnage in these emerging markets, which is why you massively outperform over the long term. But you also know what’s in front of us. You’ve hinted a couple of times to King World News that QE4 is coming. You know the playbook, which is that Western governments have to inflate their way out of their massive debts. How do you position your clients when the Fed initiates QE4? Is there a change you will make when you see them actually start to run the printing presses again?”

Rob Arnott: “Not so much. You want to be well-positioned ahead of when that happens. And what generally happens is that when quantitative easing begins, you get rewarded for a ‘risk-on’ portfolio. ‘Risk on’ doesn’t have to mean U.S. stocks. It can mean emerging market stocks and bonds. It can mean commodities.

In QE1 and QE2 these diversifying markets performed beautifully. In QE3 they didn’t, and that was because of the flight to safety in the United States. But right now the break-even inflation, which is the rate of inflation that 10-year TIPS and 10-year Treasuries will have, the same 10-year return, the break-even inflation rate is 1.5 percent. That means that the market is telling us that they expect 1.5-percent inflation.

Here Is What Scares Me

Are we going to see QE4 when Yellen and the rest are saying, ‘No, we are actually going to raise rates’? I would love for them to raise rates, I think it’s the best thing they could do. But I think they are likely to chicken out and I think that the markets are likely at some stage to roll over into a bear market — it may already have happened.  And the response to a bear market and a recession is highly likely to be, ‘Gosh, we need to stimulate our way out of this, so let’s do another round of quantitative easing and let’s do it even bigger than last time.’

And that’s what scares me. As an American it scares me. As an investor it creates opportunity. People aren’t worried about inflation. What a great time to put your inflation hedges in place. Inflation hedges are cheap. When people aren’t afraid of inflation, what a marvelous time to buy your inflation hedges.” ***KWN has now released the extraordinary audio interview with legendary Robert Arnott, where the he discusses the unprecedented chaos, turmoil and instability in the global financial system, what investors should be doing with their money to protect themselves from the turmoil in Western stock markets and much more, and you can listen to it by CLICKING HERE OR ON THE IMAGE BELOW.

***ALSO JUST RELEASED:  The Global Economy Is In Serious Trouble But There Will Be A Short Squeeze In Gold CLICK HERE.