Despite today’s 400+ rally in the Dow, major warning signs are clustering.

Warning Cluster
February 4 (King World News) – Jason Goepfert at SentimenTrader:  At the risk of tilting at more windmills, we look at the current batch of warning signals. They triggered for 3 consecutive sessions on the NYSE, which didn’t even happen during the cluster last November (which failed)…

I don’t want to spend too much time on this because we’ve already touched on it, and the last cluster was a really bad guide. Based on today’s rally, it once again looks silly to focus on anything that shows risk.

Still, it’s worth noting that due to the indexes holding up relatively well, while individual stocks are going every which way, there have been 3 consecutive sessions that triggered a Hindenburg Omen on the NYSE. Even during the cluster last November, that didn’t happen. In the past couple of years, only September 2018 had three straight sessions with the warning signal. 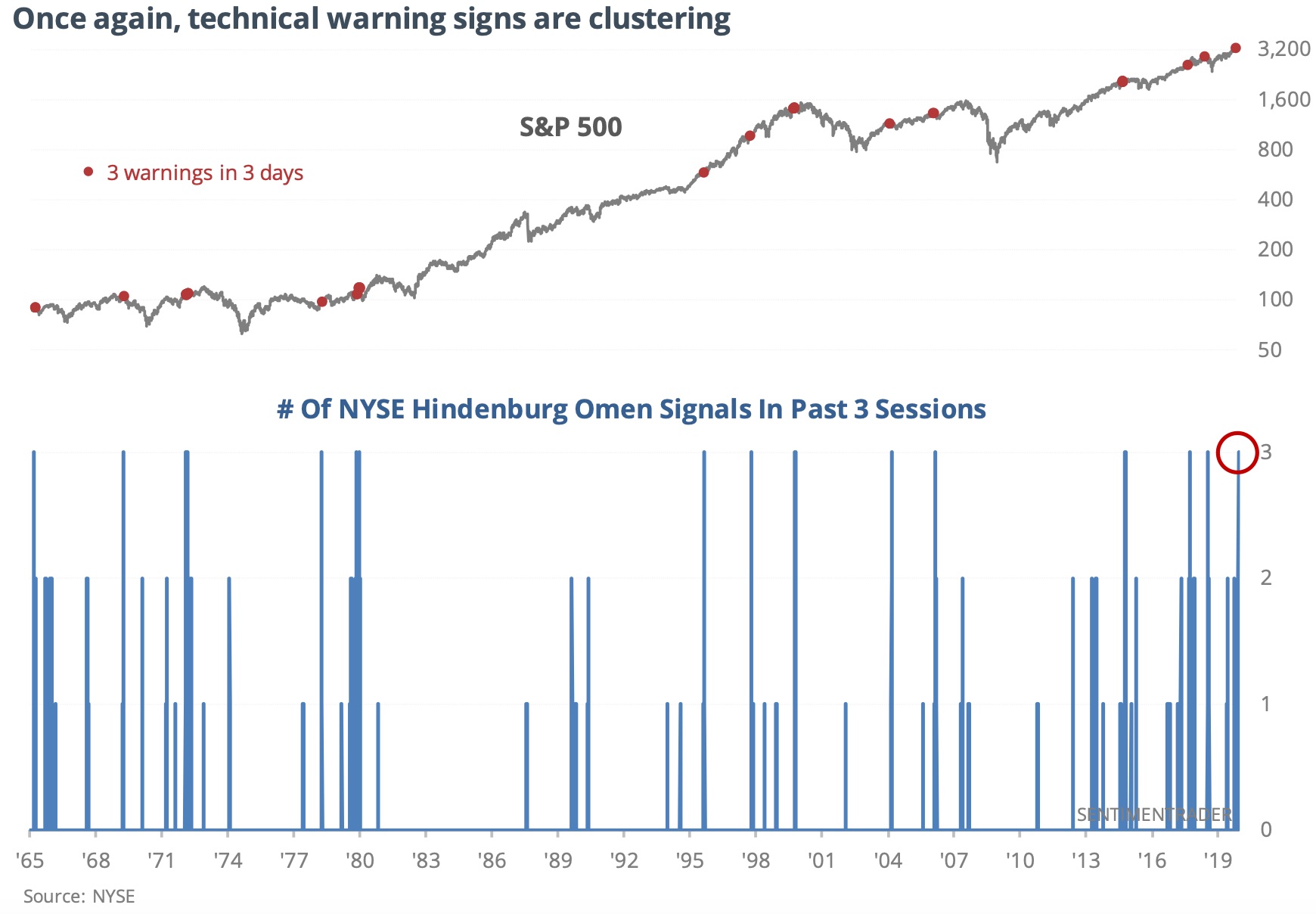 Energy stocks have crapped out, which is one reason why some of these signals have been triggering. But they’re not the only reason, and it’s very rarely to our benefit to make excuses for why indicators are doing what they’re doing. 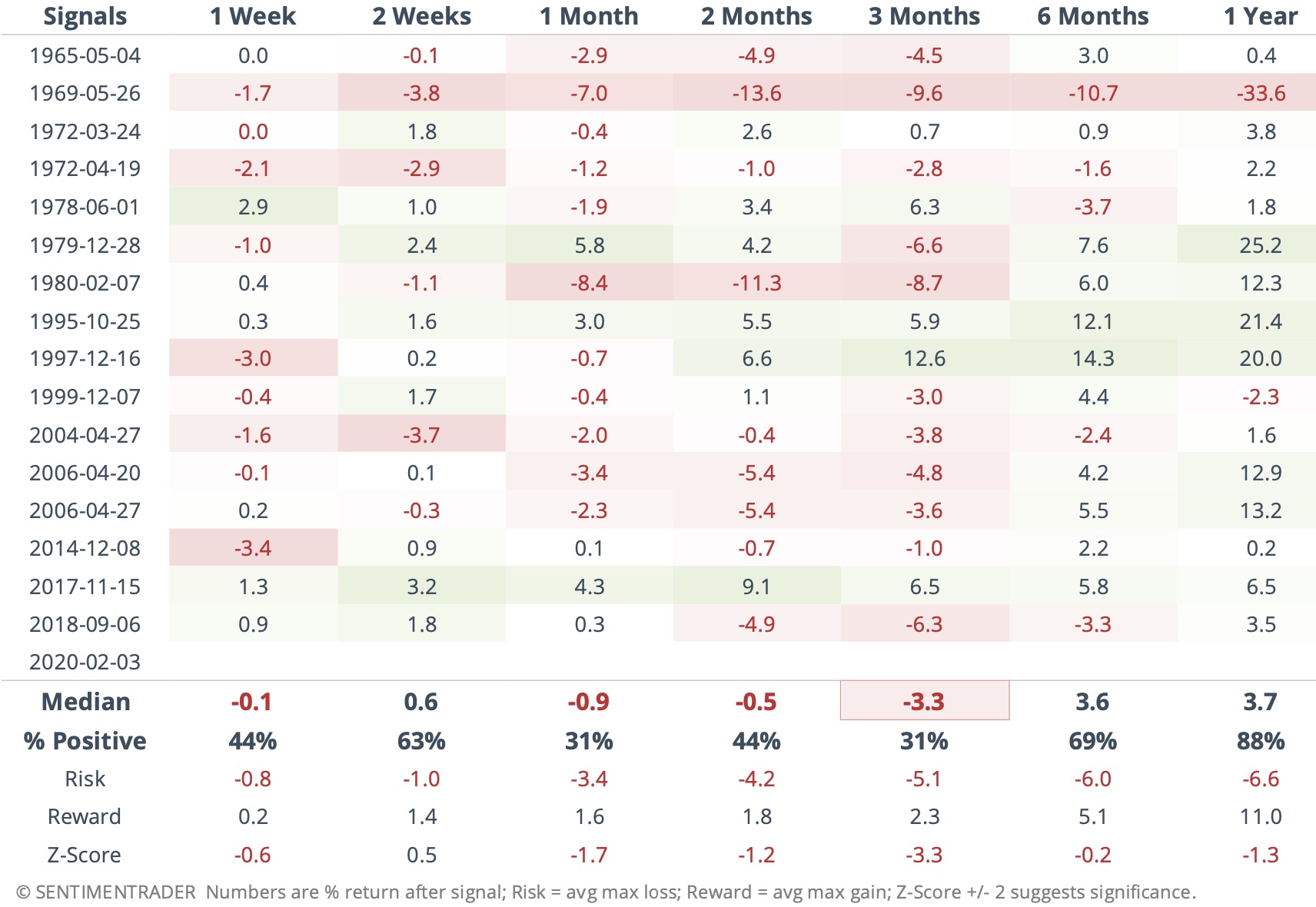 There were a couple of failures in there, in 1995 and 2017. Last November didn’t qualify, but would have been a failure, too. That’s about it, though – virtually all the other signals preceded a decline over the medium-term, with very little reward compared to relatively high risk.

This led us astray last November, but one difference now is that momentum indicators are receding from high levels, as opposed to accelerating from low levels like they were last fall. That should make the current cluster of warnings less prone to failure. This is just one example of why Jason Goepfert is the best in the world at what he does — providing actionable market data. To subscribe to SentimenTrader CLICK HERE.

Silver And The US Dollar
ALSO RELEASED: Gold Plunges $28, Plus Look At These Shocking Charts CLICK HERE TO READ.