Today James Turk told King World News that the gold and silver bulls will crush the shorts in 2018.

(King World News) – James Turk:  “The last couple of weeks have made a pleasant ending to this year for gold and silver bulls, Eric. After what we have been through this year, we deserve it. For a change, the shorts have had the door to lower prices slammed in their face… 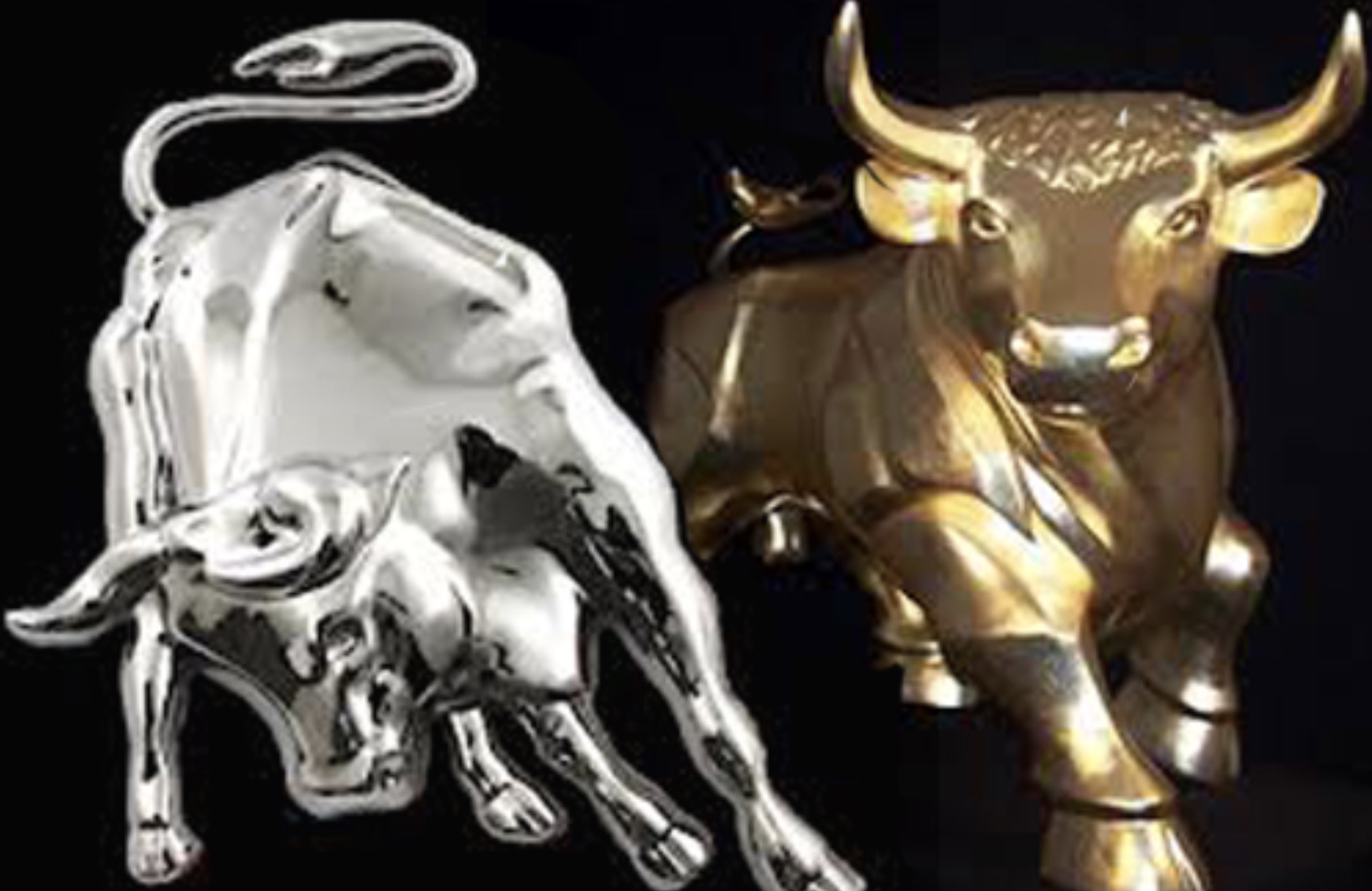 Shorts To Get Crushed In 2018
Nor are they (the shorts) going to have a happy new year based on what the markets are telling us. Meaning, the outlook for the precious metals in 2018 is extremely bullish and the shorts will get crushed in the new year.

Markets Are Bigger Than Central Banks
The shorts will no doubt be burning the candles this weekend to try figuring out what to do. They are scrambling into the dark corners in the back of central bank vaults to try finding more metal that they can dump in an attempt to get gold back under $1,300 and silver back below $17. It would be a stupid waste of taxpayer assets, but we’ve seen it happen before. To suppress the gold price in the 1960s, the US government dumped over 10,000 tonnes of gold at $35 per ounce. That market intervention was run by a central bank cartel called the London Gold Pool.

The central banks were at least open back then about what they were doing. These days they operate behind closed doors. But the cartel that has kept gold contained under $1,300 will eventually blow up for the same reason its predecessor blew up in March 1968. In the final analysis, markets are bigger than central banks. It’s a lesson that governments keep learning again and again. When it comes to gold, they are about to learn it yet again.

2018 Promises To Be A Good Year
So 2018 promises to be an even better year than this one for everyone who owns physical gold and physical silver. While 2017 has been a tough year, it has not been a bad year for gold. Given the trials and tribulations that we’ve been through this year, it seems somewhat surprising that gold rose in 2017 against every major fiat currency. What’s more, it scored a double-digit gain against a weakening US dollar, as shown in the following table.

Gold Traded Higher vs All Fiat Currencies In 2017! 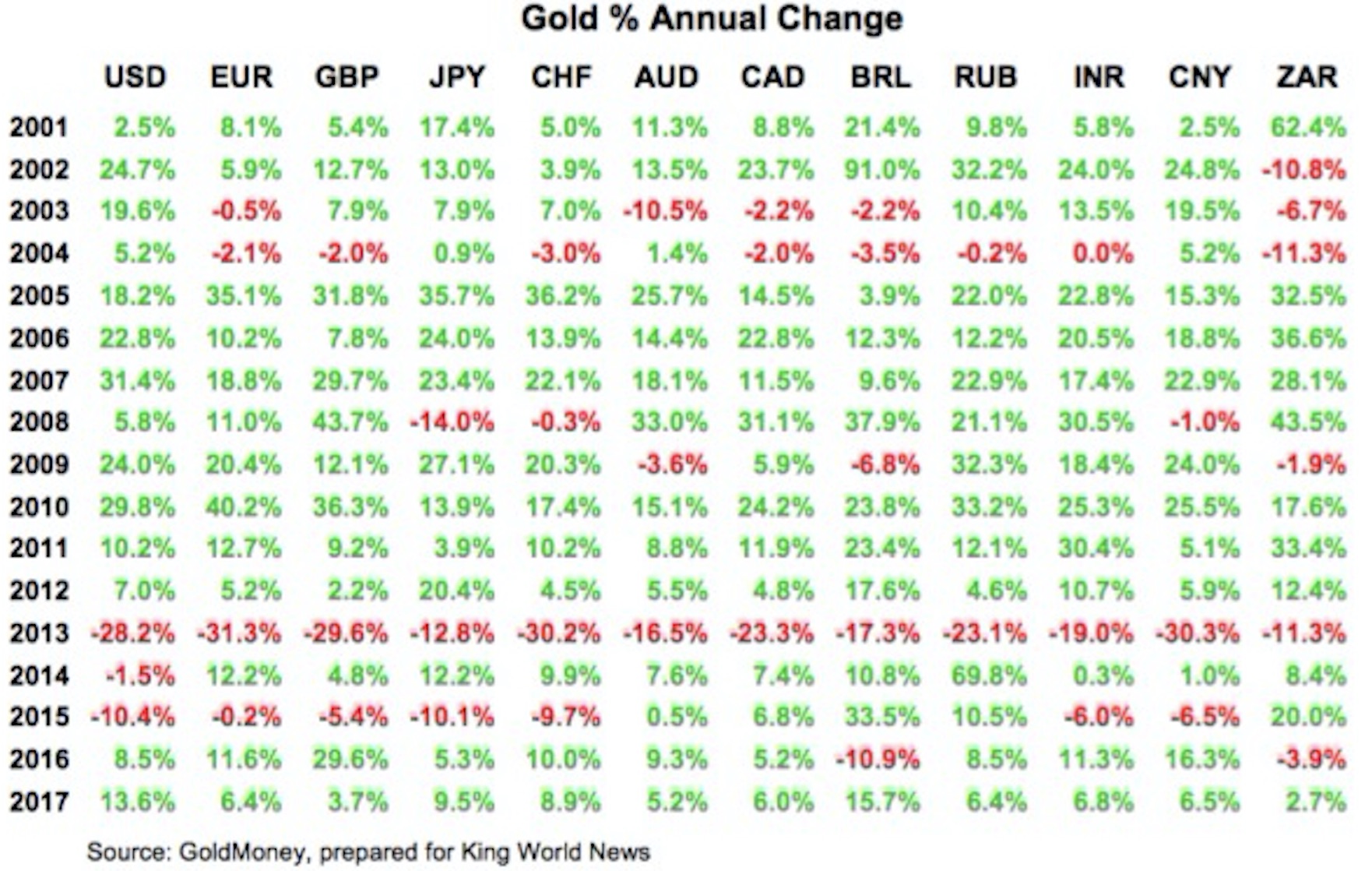 Silver Surge In 2018
Silver didn’t do as well as gold, but I think the prospects for silver are about to change in 2018 because it looks like the major theme for at least a year ahead will be inflation. Silver thrives in an inflationary environment as people buy coins to protect their purchasing power. 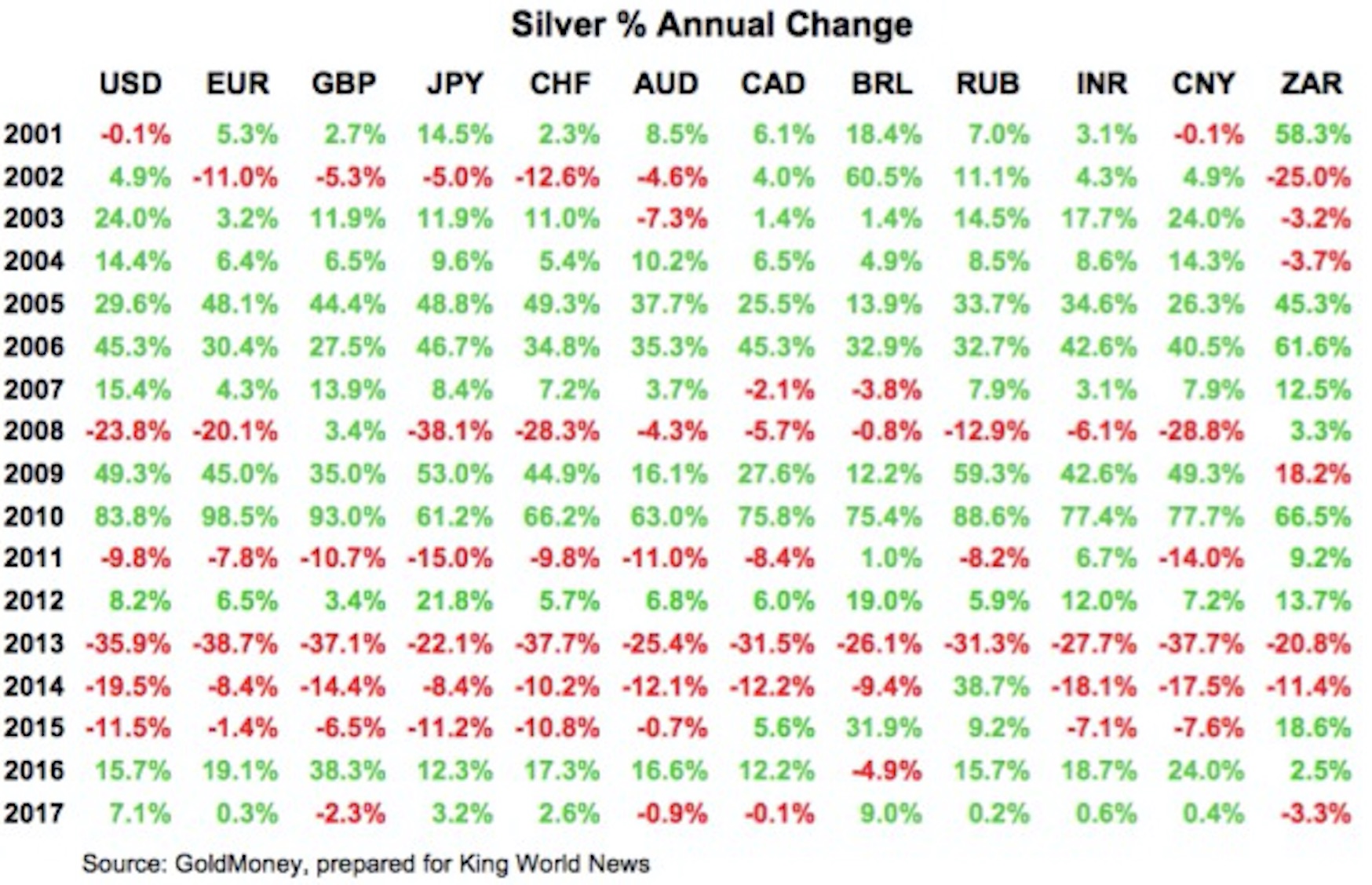 Copper is at a 4-year high, and crude oil is once again flirting with $60 per barrel. But there are other clues as well that inflation is worsening, like the soaring US stock market mirroring what is happening in inflation-prone Zimbabwe. More to the point, what is the dollar really worth if someone is willing to throw one-half billion dollars at a DaVinci painting with a checkered provenance? That is the key question everyone needs to be asking themselves, but not just regarding the dollar. What is any fiat currency really worth when they are all backed by nothing but capricious politicians and furtive central bankers who only tell you what they want you to hear?

I’ve been pondering this question in relation to cryptocurrencies. Conventional wisdom labels them as a bubble, but we know that conventional ‘wisdom’ is usually wrong. The history of fiat currency shows that given the rapid expansion of global central bank balance sheets measured in the aggregate, the world’s fiat currencies today are more bubble-like than cryptos. But here’s the really important question. Are cryptos igniting a revolution? There is no denying that cryptos are anti-State. So their enthusiastic embrace by people around the world could be an indication that there is a widespread waking up to the fact that people everywhere have been screwed by their government.

Cryptos might in time prove to be a stepping-stone out of fiat currency toward sound money. This awakening had to happen eventually because the present system upon which our society has been built over the last several decades (fiat money, government largesse, runaway growth of debt, erosion of the rule of law, chipping away of privacy and property rights, etc) is unsustainable. Cryptos will never replace gold because they do not and cannot replicate all the features of gold that are essential for money. Cryptocurrencies are just that – they are a currency like fiat is a currency, but neither one is money.

JP Morgan Exposed The Truth
This quote from JP Morgan’s testimony before Congress in 1912 states a reality that I expect many people who don’t own physical gold are about to learn the hard way in 2018:

“Money is gold and nothing else.”

Best wishes to you, Eric, and all KWN readers for a Happy, Healthy and Prosperous New Year!”

King World News note:  In a matter of hours KWN will be releasing one of the most important audio interviews as we head into 2018.

***In a matter of hours KWN will be releasing one of the most important audio interviews as we head into 2018.

***ALSO JUST RELEASED:  Rick Rule – What I’m Doing With My Own Money And My Clients Money CLICK HERE.

WARNING: “Buckle up, folks” – Only 3 Times In History Where Gold Surged While Oil Plunged!