With things beginning to come unglued in key global markets, is all hell about to break loose?

Things Are Coming Unglued
May 29 (King World News) – Here is what Peter Boockvar had to say as the world awaits the next round of monetary madness:  The unwind of everything the ECB tried to suppress in the Italian bond market is now truly extraordinary and scary in its rapidity. The 163 bps (as of this writing) spike (or crash in bond price) takes the yield to 2.53%, the highest level since September 2012, just a few months after Mario Draghi said “whatever it takes” in wanting to save the euro.

The yield was about .60% when negative interest rate policy took hold in June 2014. The 10 yr jump is more tame, only 43 bps to 3.10% and that is about where it was in June 2014. I’ve called for a while the European bond market as an epic bubble that at least in Italy so far is coming undone. It’s however intensifying again in the flight to safety countries such as Germany, France and the UK. I can’t even begin to know how Mario Draghi deals with the mess that he sowed the seeds for (see chart below).

Boockvar continues:  Lastly and of note, one year inflation expectations rose to 5% from 4.7% last month. That matches the highest print since October 2015 and most likely is in response to higher gasoline prices which is a price that most people see every day (see chart below).

Last Time We Saw This Was 18 Years Ago!
Boockvar continues:  Bottom line, as seen in the chart below, confidence remains near the high in this cycle but I want to emphasize again that this is just a current snapshot and not an indicator to use in trying to predicting future behavior. To this point, in the last growth cycle we peaked in July 2007 and May 2000 in the one before. We troughed in March 2003 and again in February 2009 (see chart below). 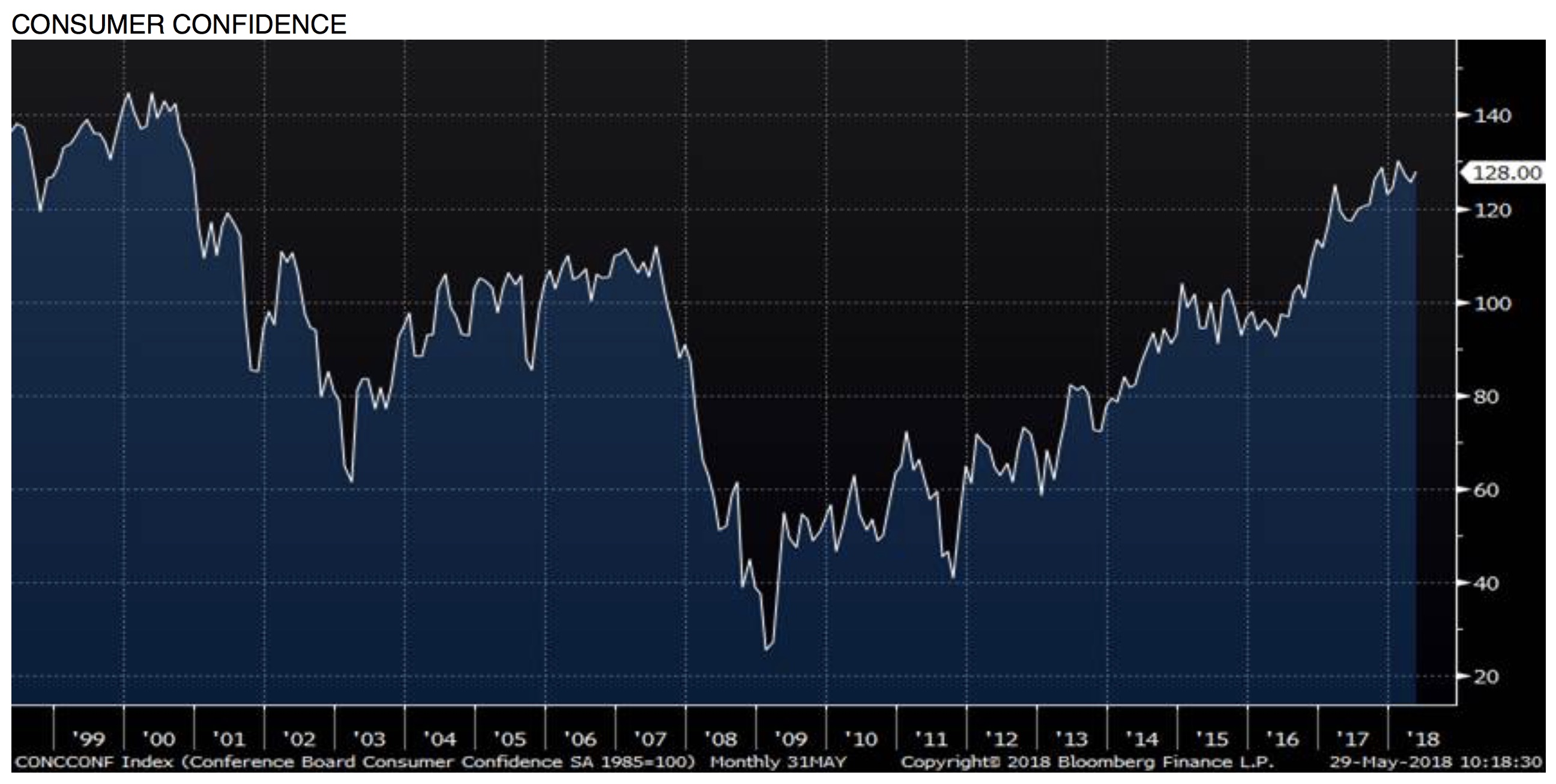