Gold Breakout
By Michael Oliver, MSA (Momentum Structural Analysis)
July 31 (King World News) – Gold overcame a quarterly momentum hurdle this past week. It was enough of a structural event that we label it a major secondary upside breakout (the first being the breakout in February 2016, when annual and quarterly momentum broke out between the $1140 to $1160 zone). 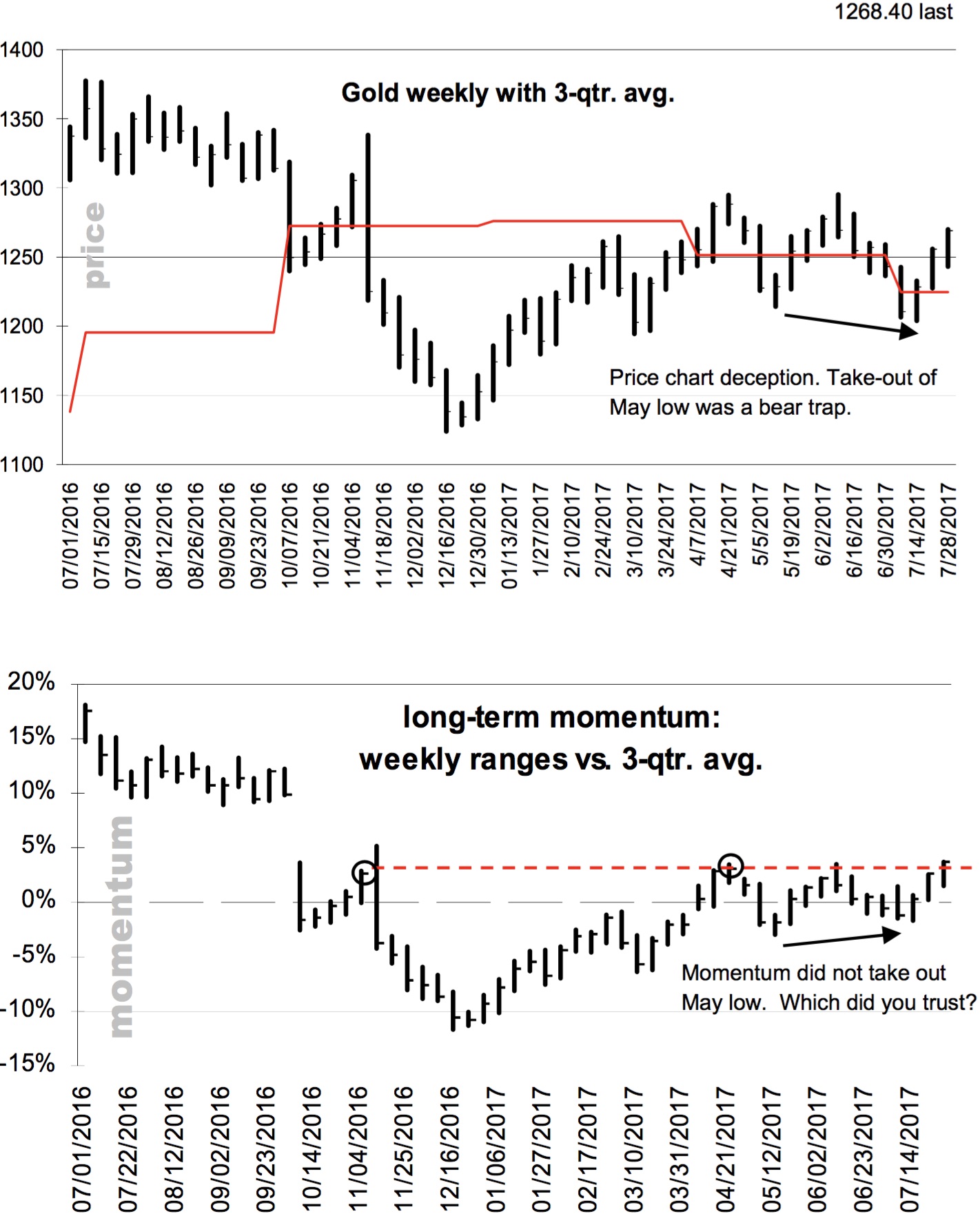 That initial breakout took gold to over $1377 by July 2016. It then underwent a deep correction and coiling process (not unusual in major trend changes). But all of that noise occurred without disturbing or negating the original annual momentum breakout signal of early 2016…

All during the emotional roller coaster ride since last summer’s peak, gold’s action constructed a new potential upside breakout structure on quarterly momentum, evident on the bottom chart. The red line runs through peak weekly closing readings. Attempts to reassert the upside were repeatedly capped by that line.

GDX Breaks Out Along With Gold
This past week overcame it, thereby rendering a second major long-term momentum buy signal. This same scale of secondary breakout also occurred with GDX (gold miner ETF).

There’s also another momentum trigger level overhead, based on the annual 3- yr. avg. 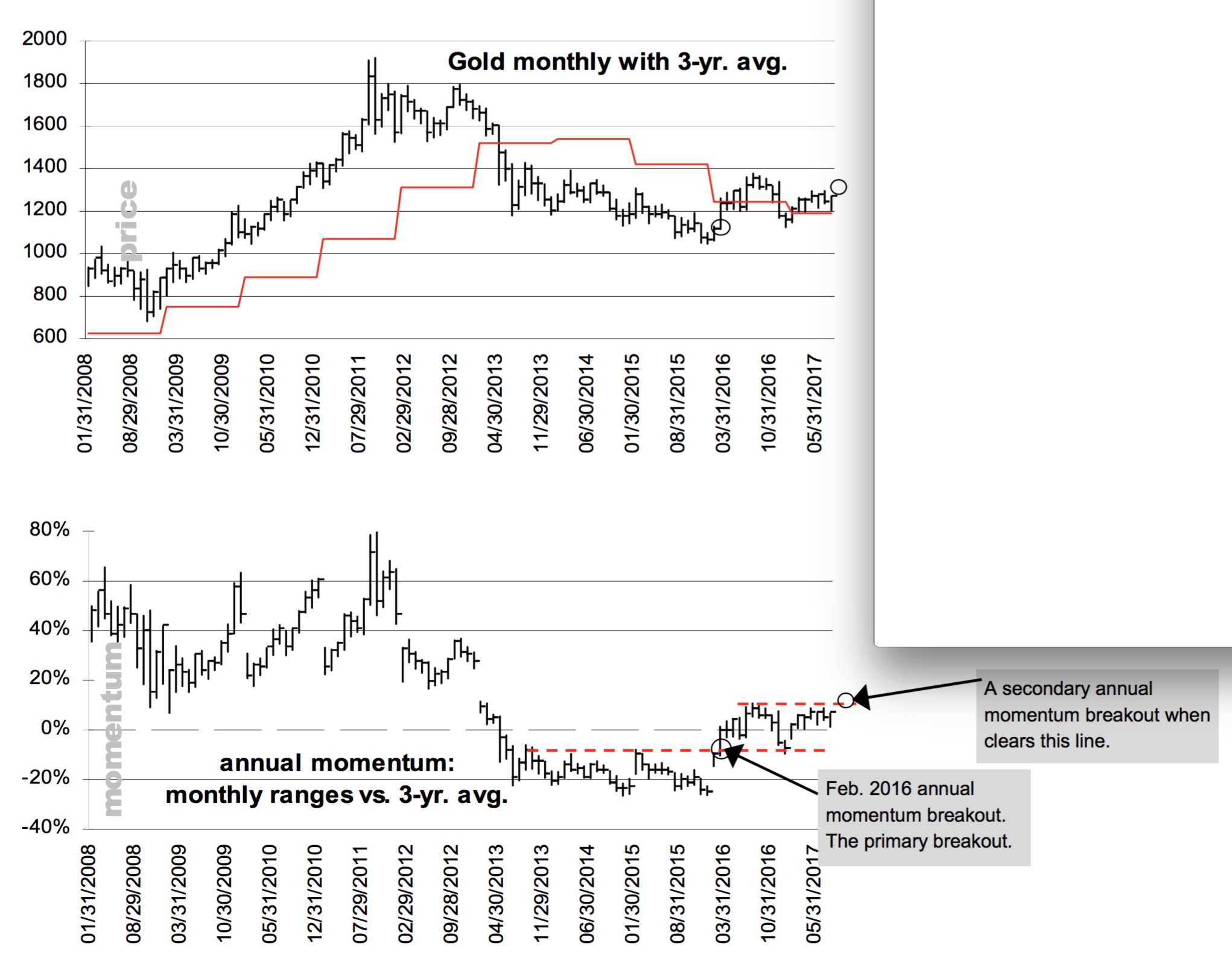 Last year’s peak reading was 10% over the 3-yr. avg./zero line (the upper red line on momentum). If the active front month contract (currently the August future) can trade to $1321, that puts annual momentum 11% over the mean and takes out last year’s oscillator high. That number applies anytime this year for the front month active future. If seen, it’s an indication of increasing power. We would treat it as another add-on level.

King World News note:  The bottom line is that the gold and gold mining share bull markets are nearing another launch point.  From a contrarian perspective, sentiment and the COT also strongly support this thesis.  It will be very interesting to see how gold, silver, and the mining shares trade in the coming week and in the month of August.

***ALSO JUST RELEASED: Greyerz – The Elites Are About To Make Their Final Move Against Humanity CLICK HERE.

With Action About To Heat Up Around The World, Here Is What You Need To Know…