Here is an important look at gold, silver and commodities.

IMPORTANT:
One of the great gold opportunities and you can take a look at this remarkable company and listen to the fantastic interview with the man who runs it by CLICKING HERE OR BELOW

The grain sector led by corn and soybeans continued to be sold while strong buying of soft commodities continued. Not least due to short-covering in sugar and a further rise in cocoa longs. 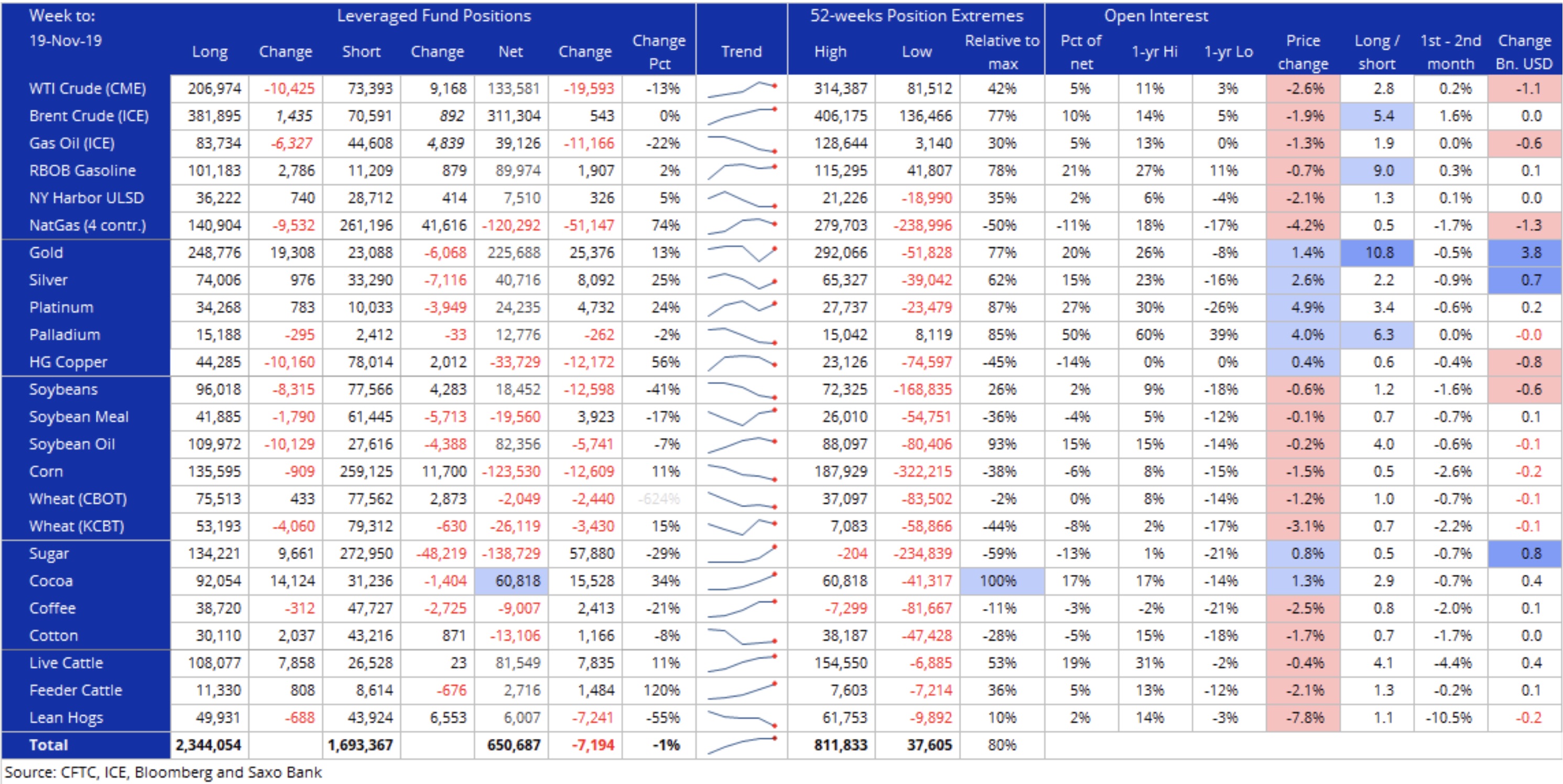 Hedge funds responded to the latest trade developments by cutting bullish oil bets for the first time in five weeks. This before an end of week rally took both WTI and Brent crude oil to nine-week highs. The reduction was almost completely driven by a 19,593 lots cut in WTI bets while Brent held steady. 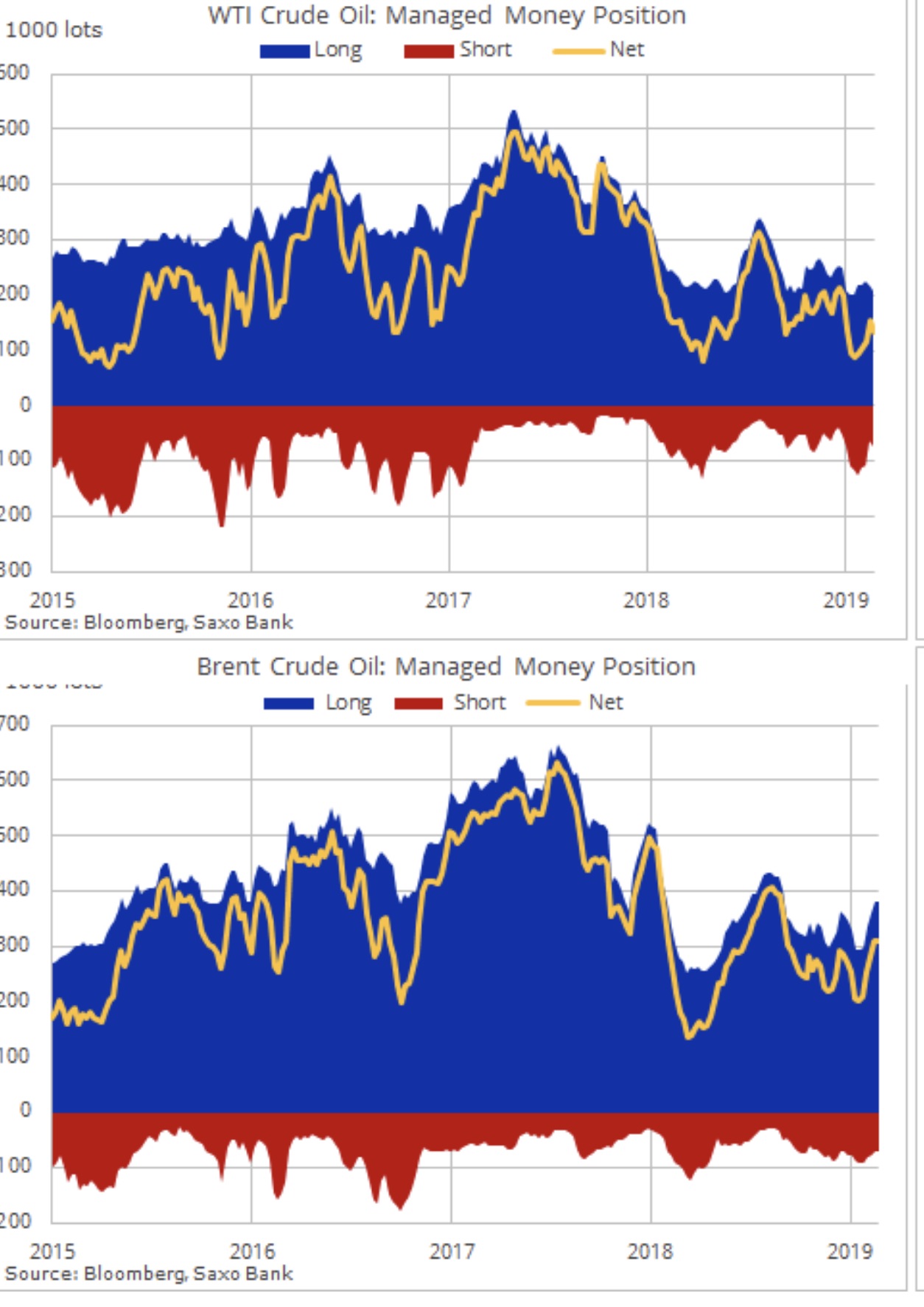 The Natural gas short jumped by 74% as the market continued to digest and respond to alternating short-term weather forecasts.

Gold (+25k) and silver (+8k) buying resumed as both metals traded higher in response to concerns that the U.S.-China trade deal would struggle to get past the finish line. 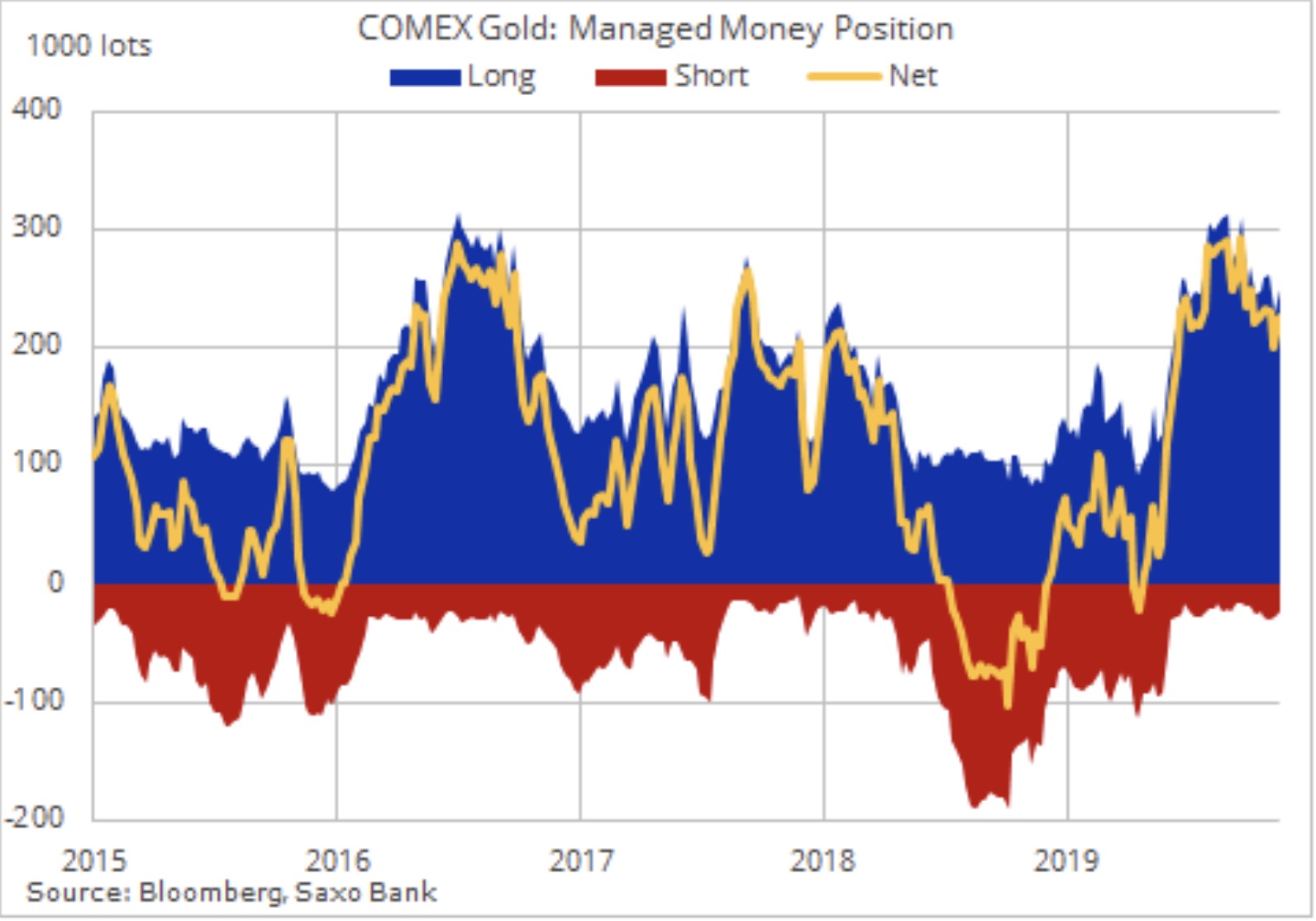 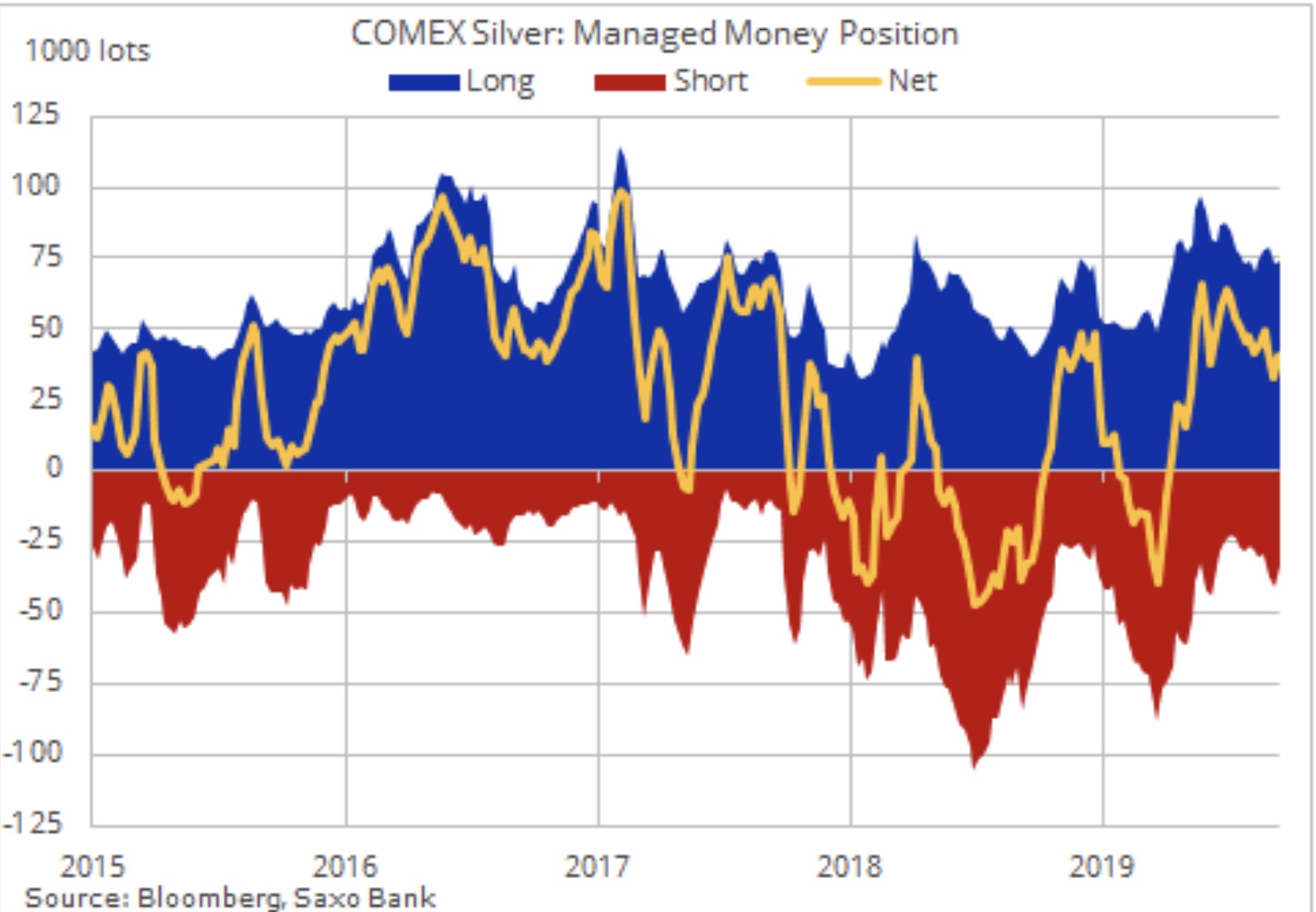 Gold, silver and platinum were all bought with the two semi industrial metals regaining some of the recently lost ground relative to gold. In gold the change was driven by a combination of fresh longs and short-covering after the yellow metal found support at $1448/oz, the 38.2% retracement of the June to September rally.

Bearish copper bets meanwhile jumped by 56% to a four-week high as the metal challenged support at $2.61/lb.

***KWN has now released the powerful KWN audio interview with Stephen Leeb CLICK HERE OR ON THE IMAGE BELOW.

“The World Faces The Prospect Of Momentous Monetary Disorder And Inflationary Mayhem”, Plus Some Remarkable Charts