On the heels of the recent turbulence in the global bond markets, here are the keys to the gold market.

Change in Gold Reserves Held by Emerging Countries
By Ronald-Peter Stoeferle, Incrementum AG Liechtenstein
October 9 (King World News) – In recent years the “axis of gold”* (countries such as China, Russia, Iran, Turkey) have frequently and more or less openly questioned the US-dominated global economic order. Their distrust is reflected in 1,600 the steady expansion of their gold reserves (see chart below).

“Axis Of Gold” Continues To Expand Their Massive Gold Holdings 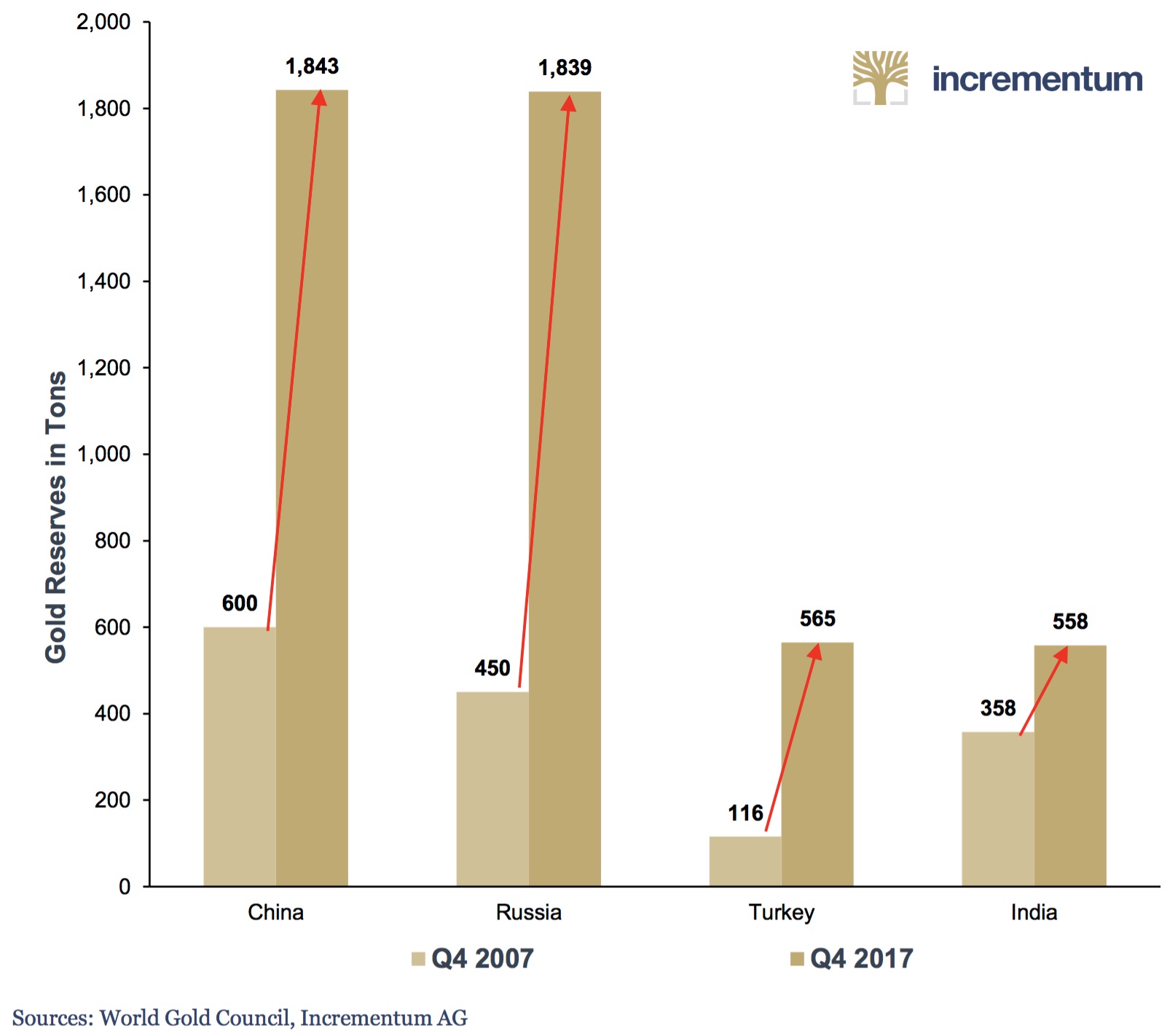 The increase in gold reserves should be seen as strong evidence of growing distrust in the dominance of the US dollar and the global monetary and credit system associated with it.

The Gold/Silver ratio recently traded at the highest level since 1991! 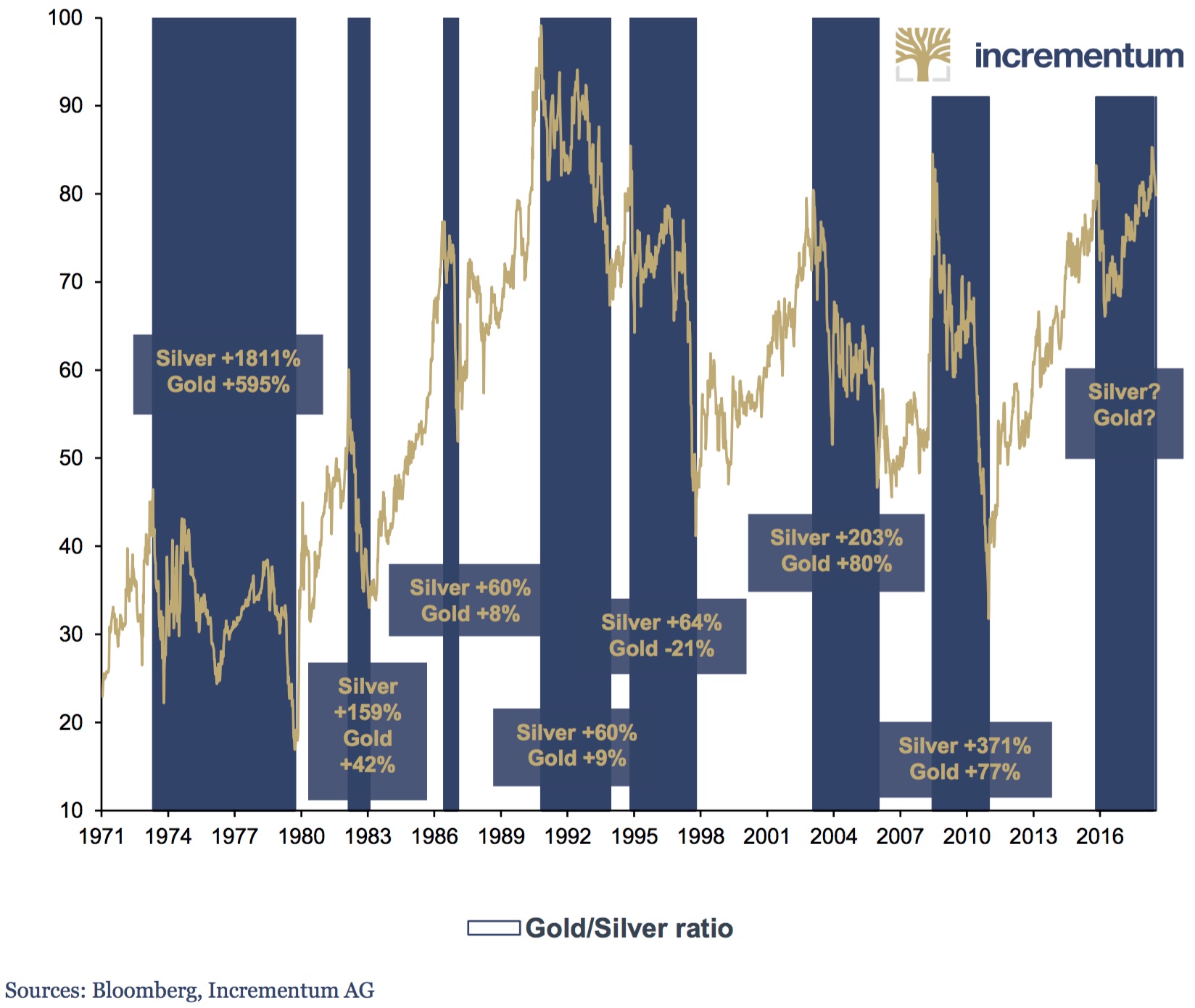 At the moment, it seems as if the ratio has hit a potential reversal point again after an upward trend of almost seven years. The ratio has knocked at the upper resistance level of 80x several times already.

ALSO JUST RELEASED: We Haven’t Seen This Since 1973, Plus China Comments On The Yuan CLICK HERE TO READ.