A big bet on gold, insane currency move, trouble in China, plus some Argentineans don’t have to worry.

Big Bet On Gold
August 12 (King World News) – Holger Zschaepitz:  “Hedge funds have ramped up their bullish Gold bets to highest level since July 2016. Speculators have piled into bullion as prices have rallied to 6 year highs on economic uncertainty & falling rates around world, which have made safe-haven metal more attractive to yield-seeking investors (see below). 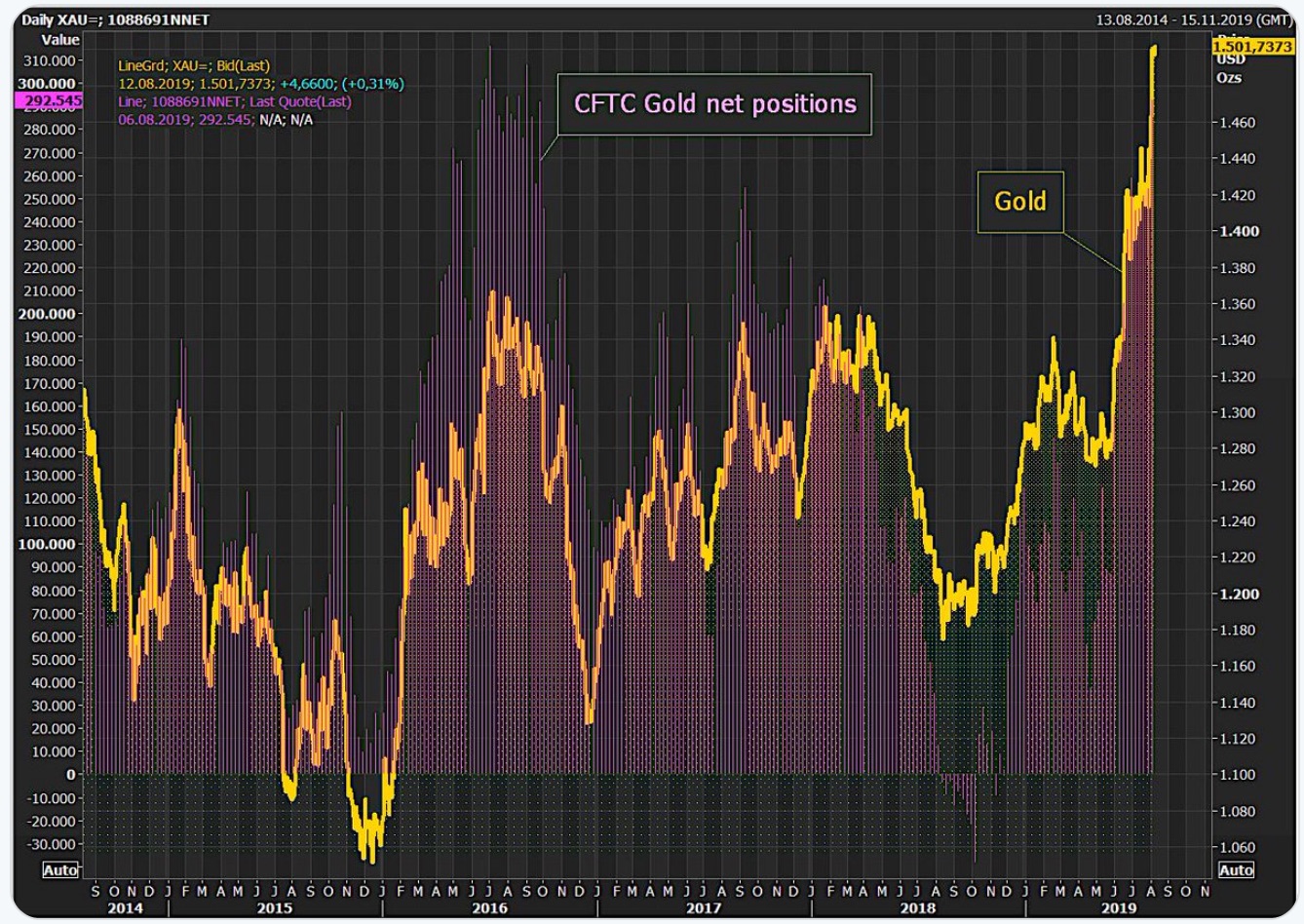 Yuan Revaluation To Pressure Other Asian Currencies
Jeroen Blokland:  “While an ‘orderly’ depreciation of the Chinese yuan may prevent risk markets from panicking, it will put pressure on other (Asian) emerging currencies to depreciate as well. (See below).

Gold On The Move
Keith McCullough, CEO at Hedgeye:  “GOLD: up another +0.4% this morning after an impressive +3.5% week, remains Bullish TREND.” 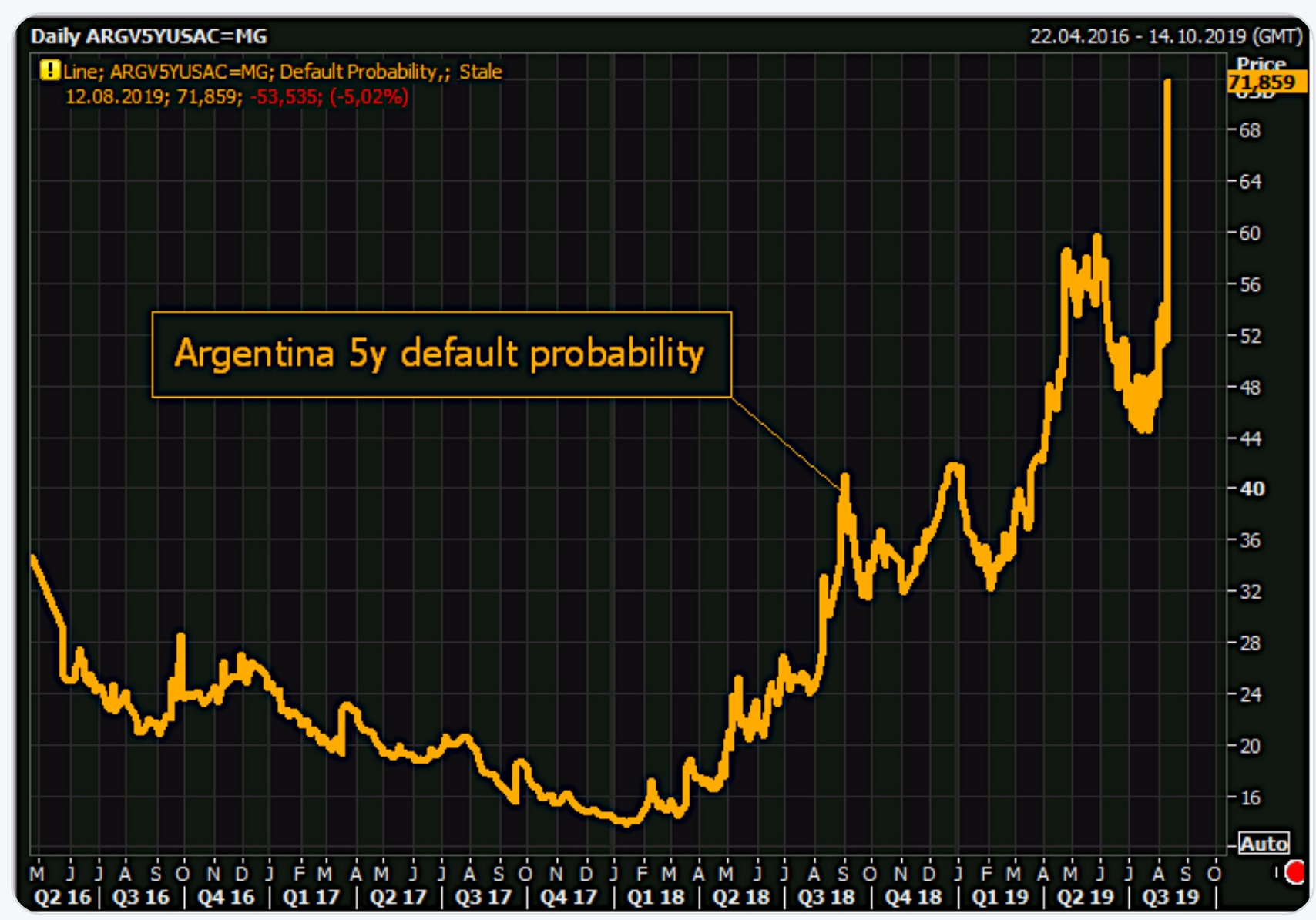 GOLD PRICE SOARS IN ARGENTINA’S PESO: No Worries For Those Argentineans Who Were Smart Enough To Buy Gold As Argentina’s Peso Crumbles 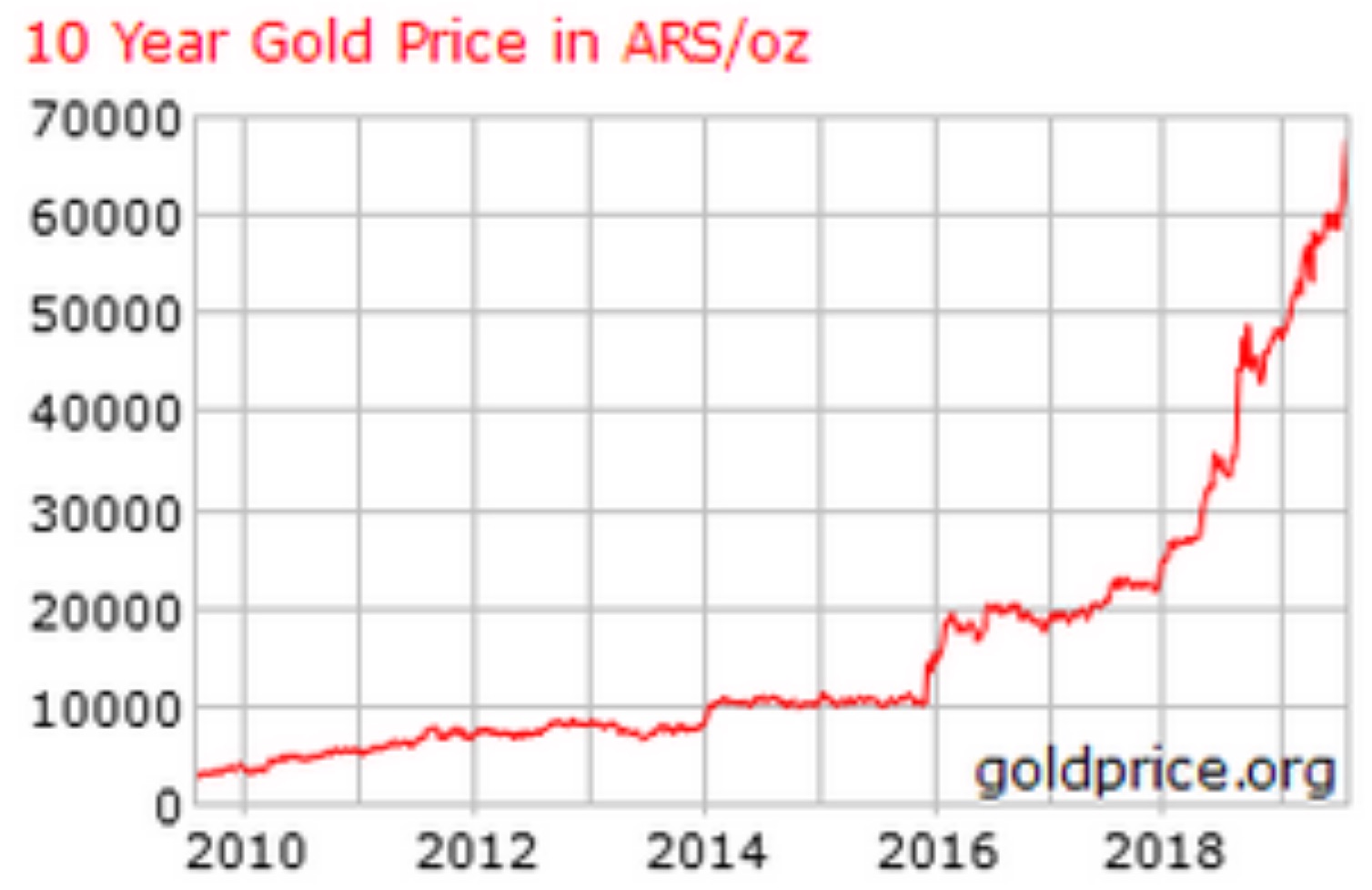 WOW: Another Record, Nothing To See Here, In Case You Missed It, Plus Expect More Waterfall Declines CLICK HERE TO READ

One Of Gerald Celente’s Best Interviews Of 2019 Has Now Been Released! CLICK HERE TO READ

Formerly Vocal Gold Bears Are In Hiding, A World Of Bubbles, Plus The Road To $1,800 Gold CLICK HERE TO READ