Gold surged more than $25 as the ECB cut deposit rates and launched QE, plus a look at today’s big surprise.

Audio interviews will resume this week on KWN! 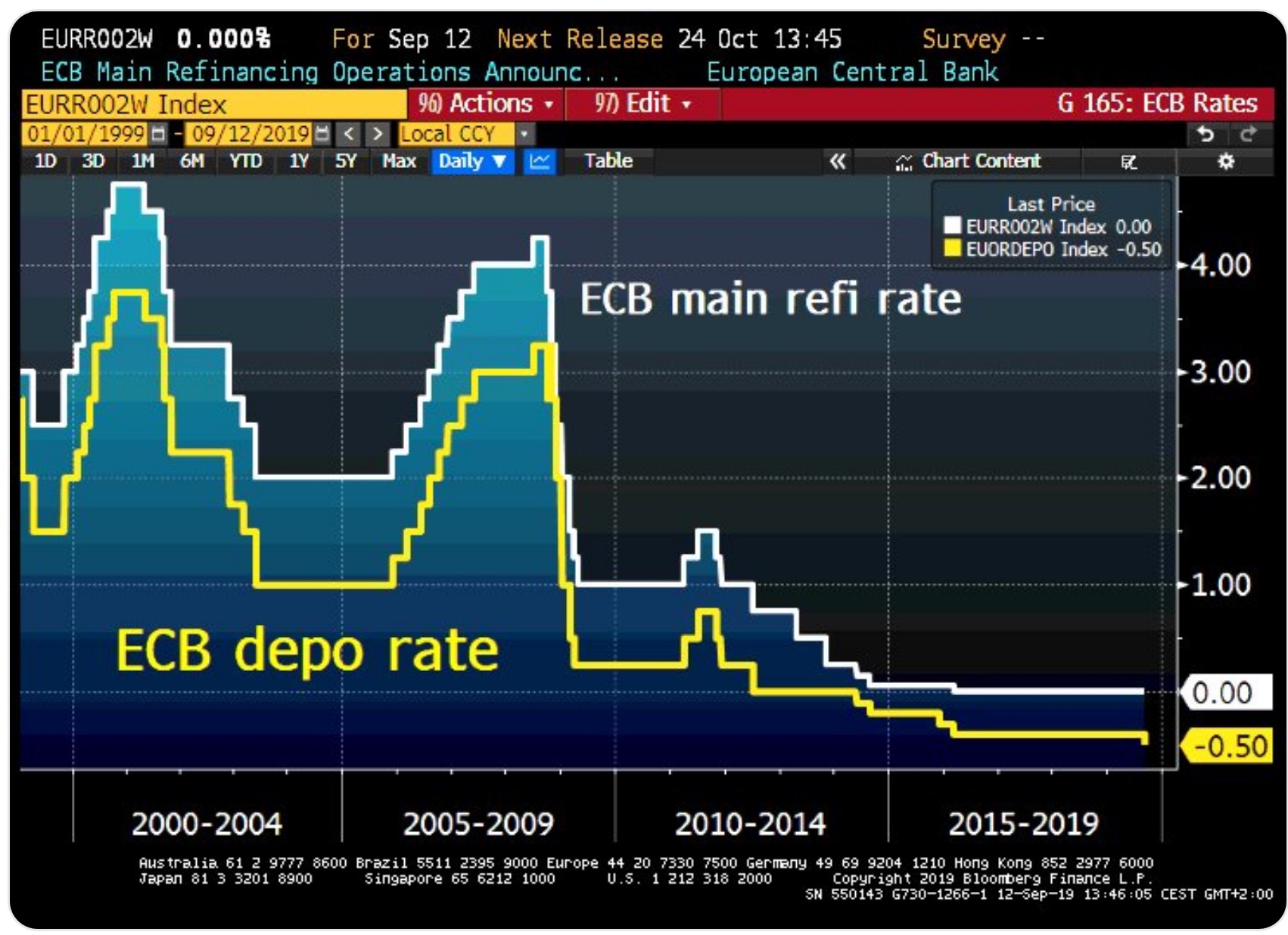 Dollar Intervention?
Jeroen Blokland:  “An interesting question is if Draghi’s and the ECB’s decision to restart QE increases the odds of a Trump US dollar intervention, which would be very, very bad for risky assets. (See below).

Will ECB Move To QE Prompt Trump To Intervene In The US Dollar? That Would Be Very Bad For Risk Assets 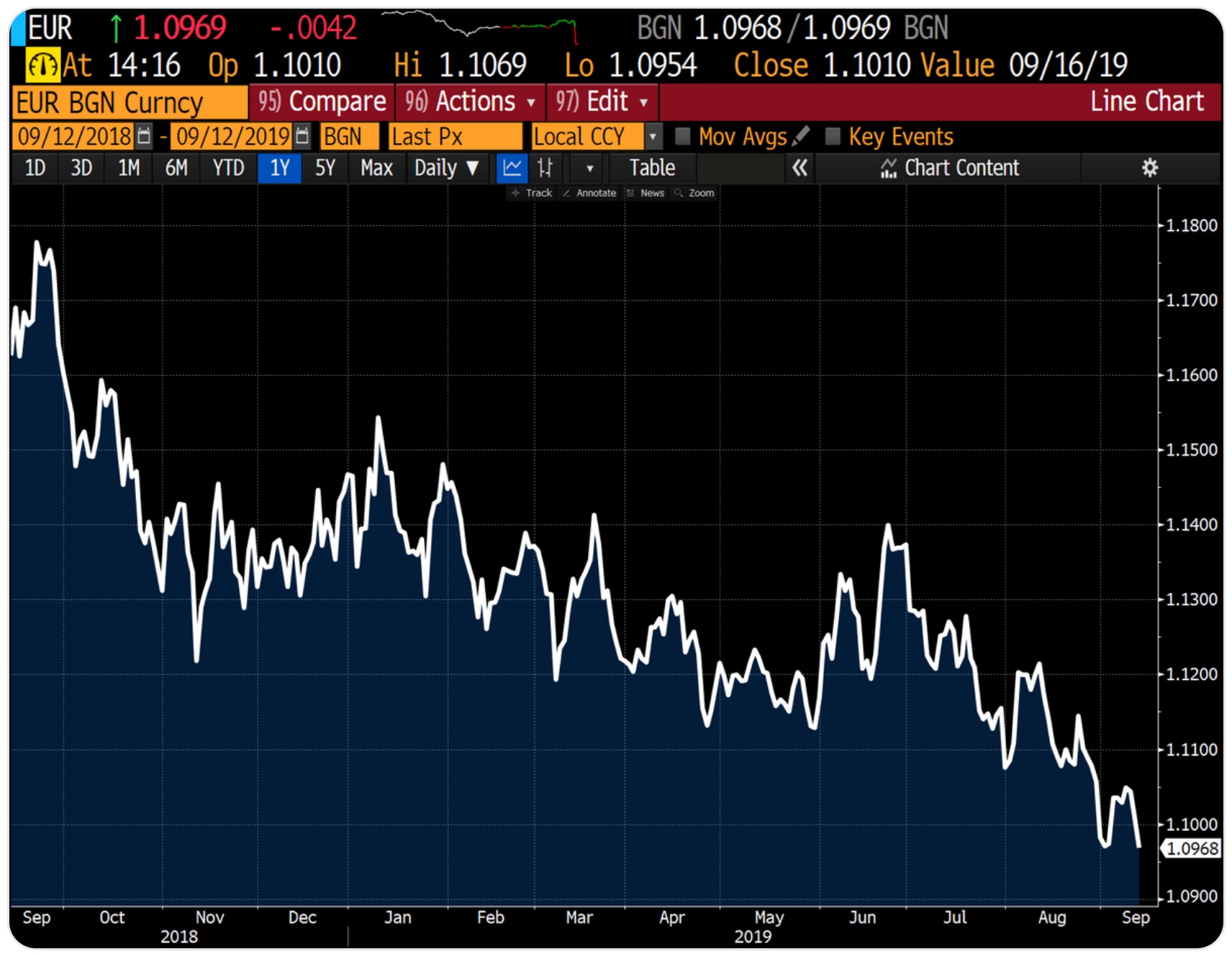 For Every Action, There Is A Reaction
Jeroen Blokland:  “German 10-year bond yield drops as ECB brings out bazooka, lowers deposit rate, restarts QE. (See below). 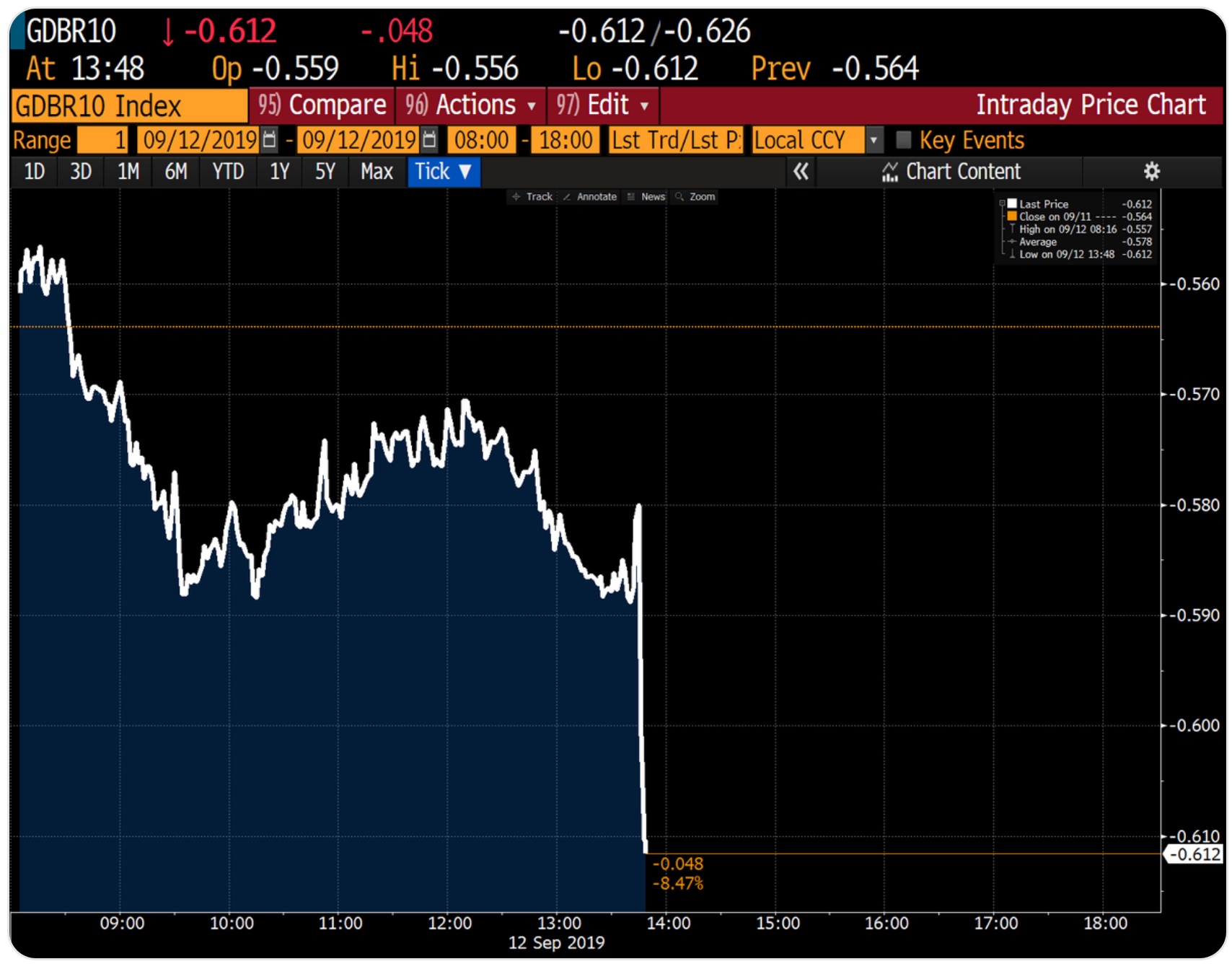 Sven Henrich:  “Since nobody will say it I will: Launching QE and cutting rates to further negative 10 years after the financial crisis ended is a giant policy failure. These measures never fulfilled the promises made. The construct is held up by crisis intervention measures. That’s it.”…

Gold Surges
Ole Hansen, Head of Commodity Strategy at SaxoBank:  “Gold is telling us not to get too excited about upcoming Trade Talks and today’s ECB meeting. Back above $1500/oz despite near new highs in US stocks, higher bond yields, lower FOMC rate cut expectations and light ETF selling (see below).

Gold Surges Back Above $1,500 Despite Stronger US Dollar & Stocks 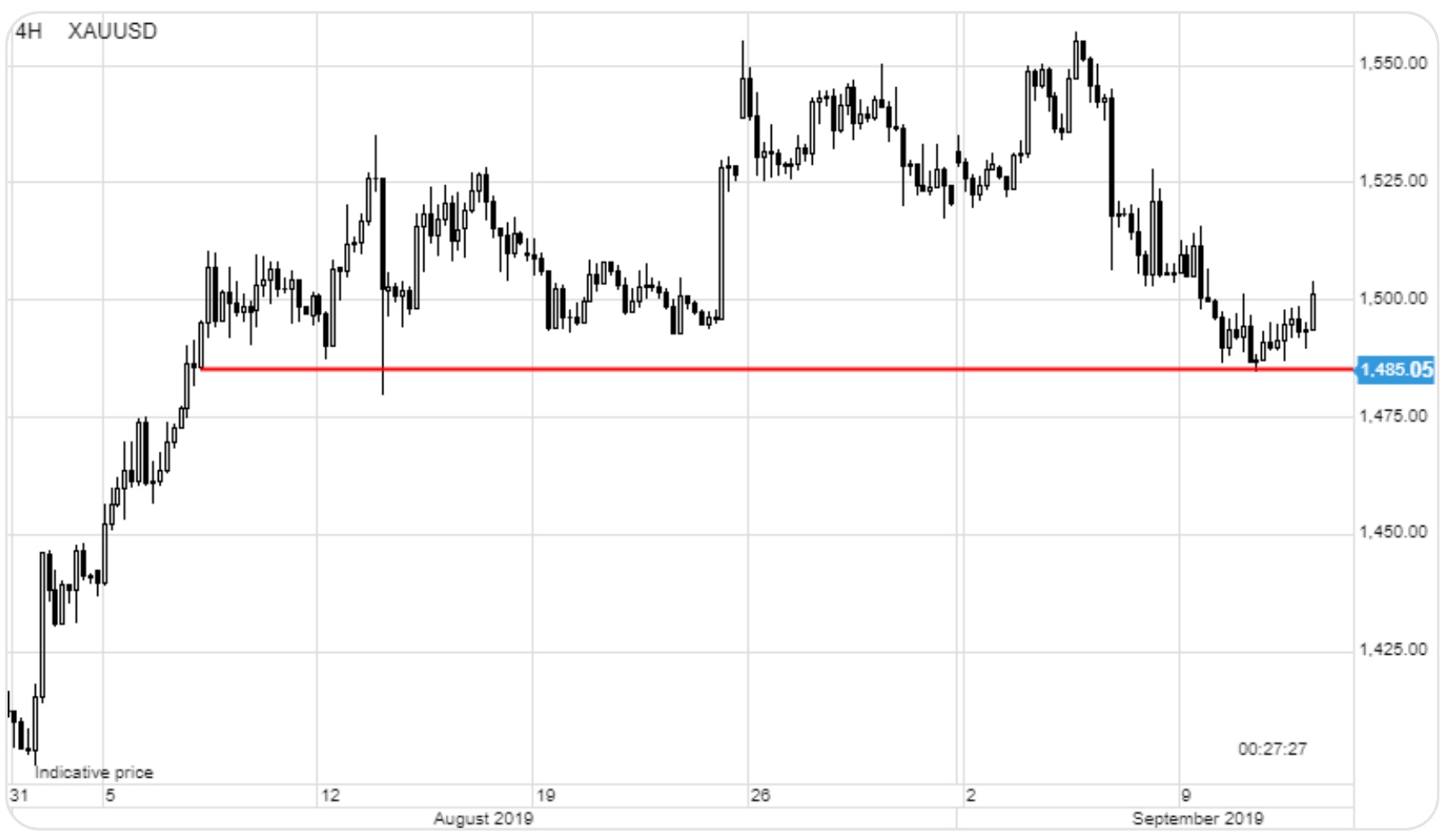 Gold Priced In Euros Is Leading The Charge Higher 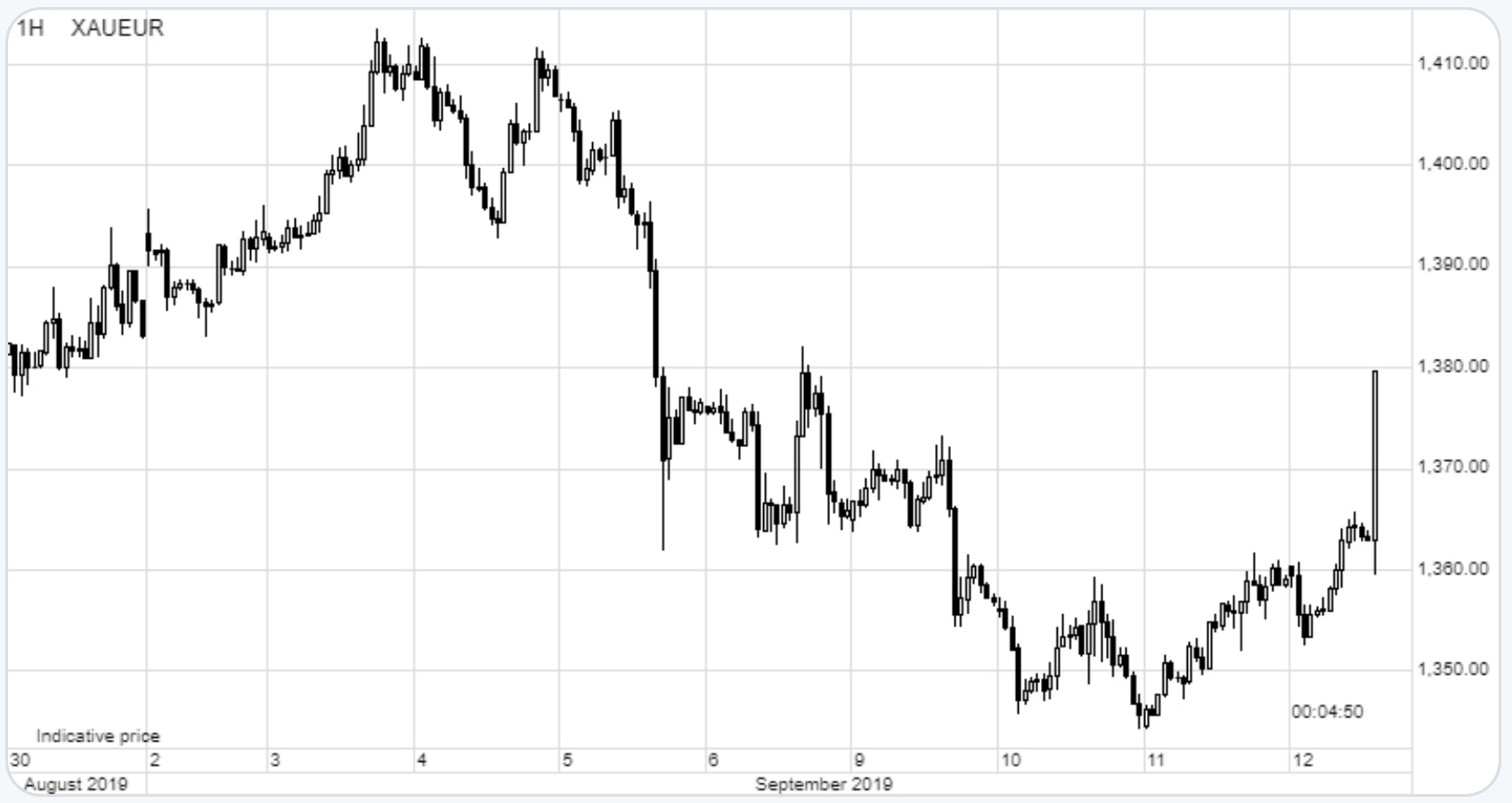 Today’s Big Surprise
King World News note: The spike in gold has caught many of the gold bears by surprise as they move to cover shorts. This is what happens in bull markets, most surprises are on the upside.

An Important Look At Gold And The US Dollar, Plus The Chart Of The Day CLICK HERE TO READ

Today’s Market Note From UBS Legend Art Cashin, Who Has Sent Out These Notes For Well Over 3 Decades CLICK HERE TO READ