With the price of gold and silver surging and stocks continuing to struggle, today a 50-year market veteran spoke with King World News about why gold and silver are beginning to soar as global stock markets plunge.  Also included is one of the most important illustrations for 2015.

Eric King:  “Below is a 70-year Gold/Oil Ratio chart showing that the ratio has moved solidy in favor of gold (see chart).” 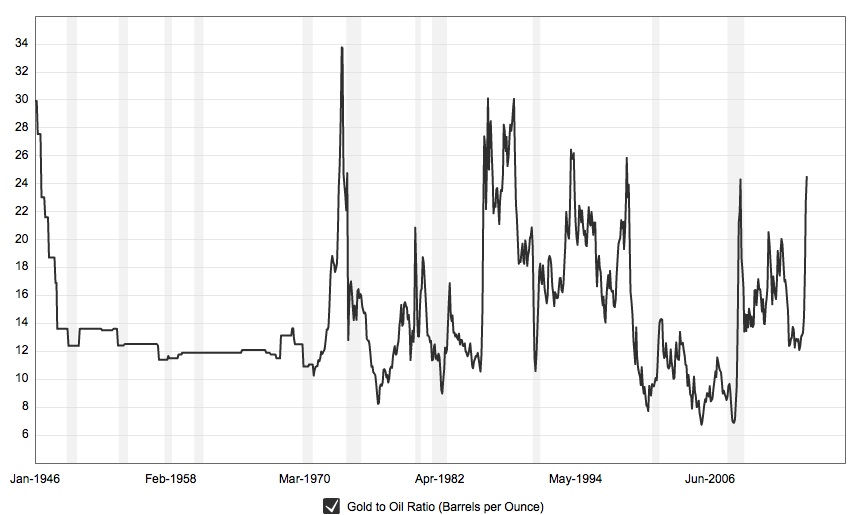 Eric King continues:  “This 70-year Gold/Oil Ratio chart is an incredibly important one because it explains why the mining sector has started to perform so well, even as the stock market has begun to decline.  1/3 of mining input costs are energy-related and the collapse in the price of oil is creating tremendous cash flows straight to the bottom line of the high quality producers in both gold and silver.  John Ing made the following observation about the plunging price of crude oil in mid-December of last year.”:

"Barrick Gold spent something like $1.5 billion for energy alone last year.  Well, in 2010 that number was around $1 billion.  So the lower energy costs will amount to a massive savings for the producers across the board.  This is something that the mining industry has not talked about but we will start seeing the positive impact of this in the first quarter.  This bodes extremely well for the mining sector, which has already been tightening their belts.  So this could not come at a better time for the producers." — John Ing, December 15, 2014 King World News interview

John Embry:  “I think you hit on a really important point.  As the Gold/Oil ratio moves sharply in favor of gold, it's particularly positive for the mining companies because it means the price of what they sell is going up relative to the costs of mining it, because energy is an enormous cost.  So I think your point is well taken….

“People do not understand how positive a fundamental this is going to be for these companies.  The major mining companies have been hurt by the high cost related to oil and production.  This is now heading in the other direction in big, big way.

I don't think people fully comprehend how positive this is for gold and silver producers and the underlying shares.  The high energy costs vs the gold price can clearly be seen on the chart above, particularly on both sides of the 2006 zone (see chart above).  Well, now that situation has reversed in a massive way in favor of gold.

Right now the ratio is blowing out in favor of gold.  The all-time high is 34/1.  We are currently at over 24/1 as you can see on the right hand side of the chart.  Well, I think the high of 34/1 will easily be taken out before this is over because gold as a monetary metal is coming into its own as these paper currencies are being systematically destroyed.

So the fact that the Gold/Oil ratio is blowing out in favor of gold is an enormous positive for the shares.  Nobody owns the shares and they remain historically underpriced and I can't encourage people enough to buy them at these prices, even though they have rallied a bit here.”

Gold Back Above $1,500 As Crude Oil Consolidates Gains, But Take A Look At This 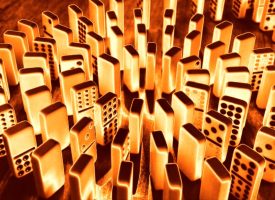 The Dominos Fall Towards Physical Gold