Gold and silver prices are now on the verge of being unleashed as the Fed and JP Morgan lose control.

A Big Problem
King World News note: What Lawrence is pointing out here is becoming a huge problem for the manipulators. Yes, the Fed has its own trading desk, and then there is JP Morgan which acts on behalf of the Federal Reserve to suppress the metals markets through seemingly endless paper selling. But I have never seen so many people around the world ridiculing JP Morgan and the Fed for their continued manipulation of the gold and silver markets. They are being laughed at and mocked and that is very, very dangerous in terms of their credibility as manipulators in those markets. It would have been much better for them to have unleashed the metals rather than continuing this ridiculous charade. In the meantime, Lawrence is right when he says:

“You know you are going to lose, right?”

The Star Performer
James Turk:  The star performer so far in the 21st century is gold not the stock market, even when including reinvested dividends. This base-100 chart from shadowstats compares gold to the S&P 500 Total Return Index. And gold is undervalued; can’t say the same for the S&P, DJIA or NASDAQ. 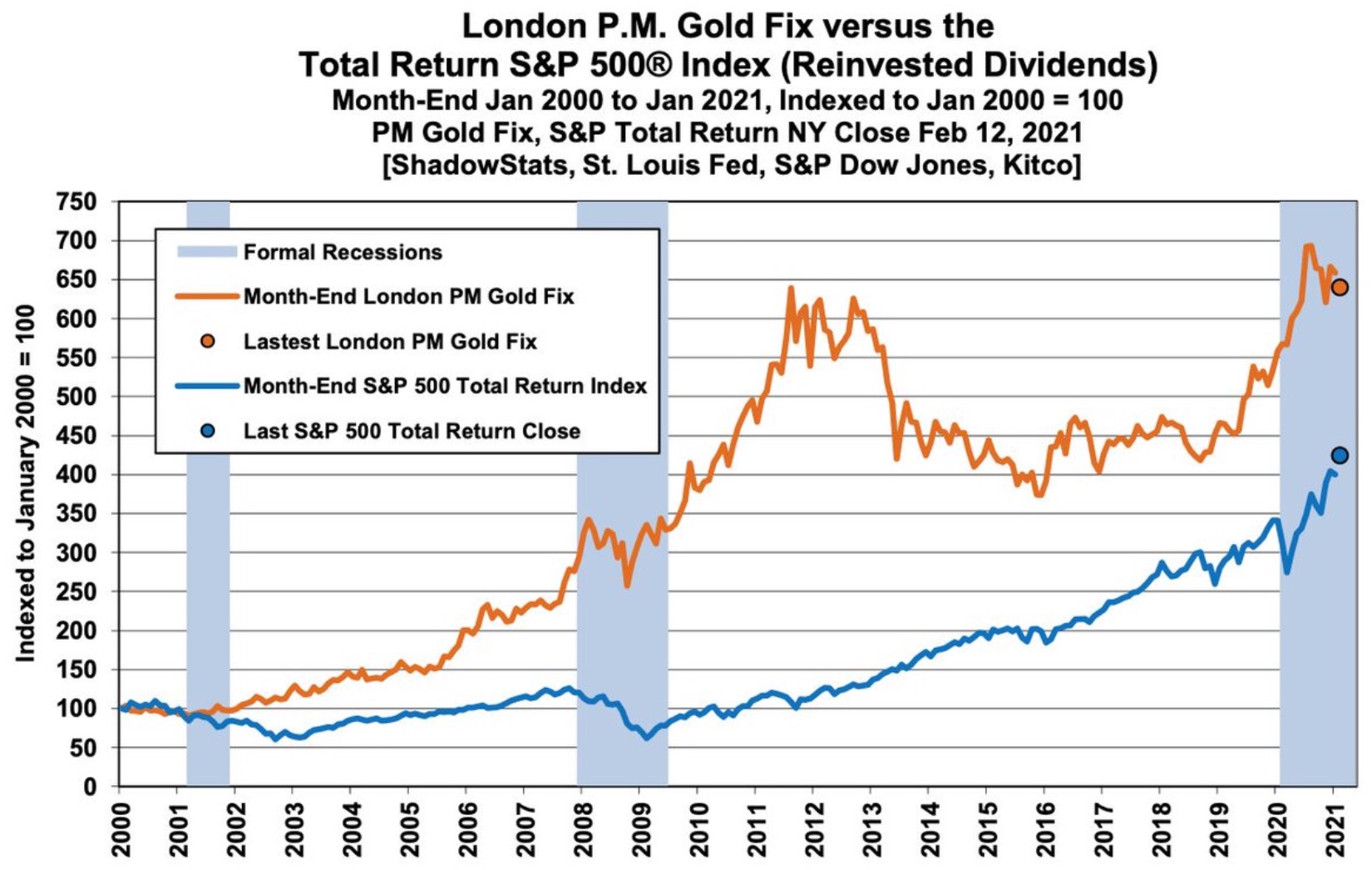 The Key Chart
Alasdair Macleod out of London:  This is the chart everyone should be watching: equity bubble will be popped, foreign portfolios at $8 trillion will be sold down, Fed desperate to stop yields rising because they are losing control (see chart below). 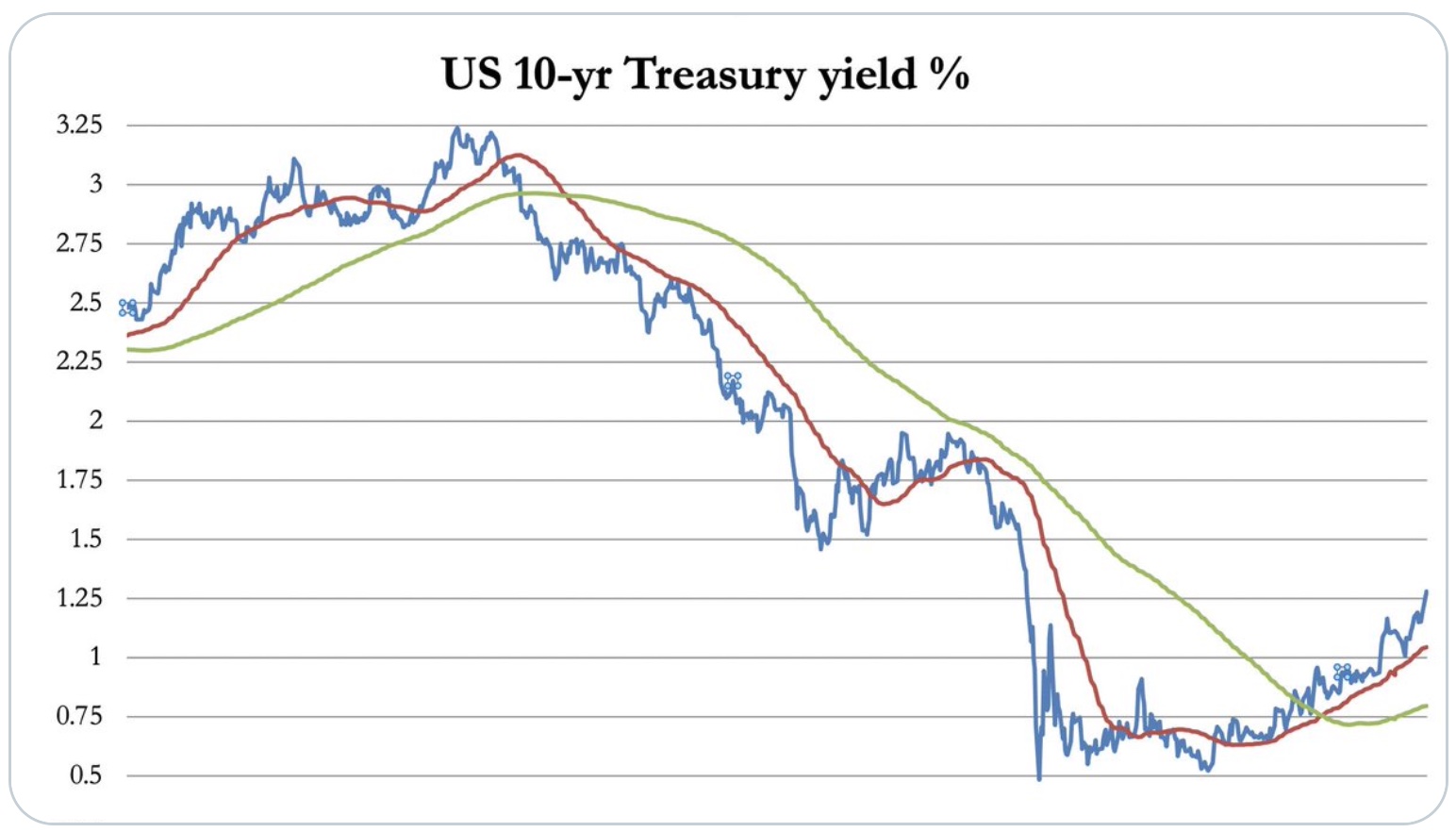