This week the price of gold roared through the $1,600 level, but here is the really big surprise.

Gold Roars Through $1,600
February 22 (King World News) – Alasdair Macleod:  Gold and silver performed strongly this week as it became clear to a wider investment audience that a new bout of coordinated global money-printing is ahead. Gold rose $50 from last Friday’s close to trade at $1633 in European trade this morning, while silver rose 75 cents to $18.50 over the same timescale.

On Comex, open interest in the gold contract has soared 75,000 contracts since 12 February, as shown in our next chart. 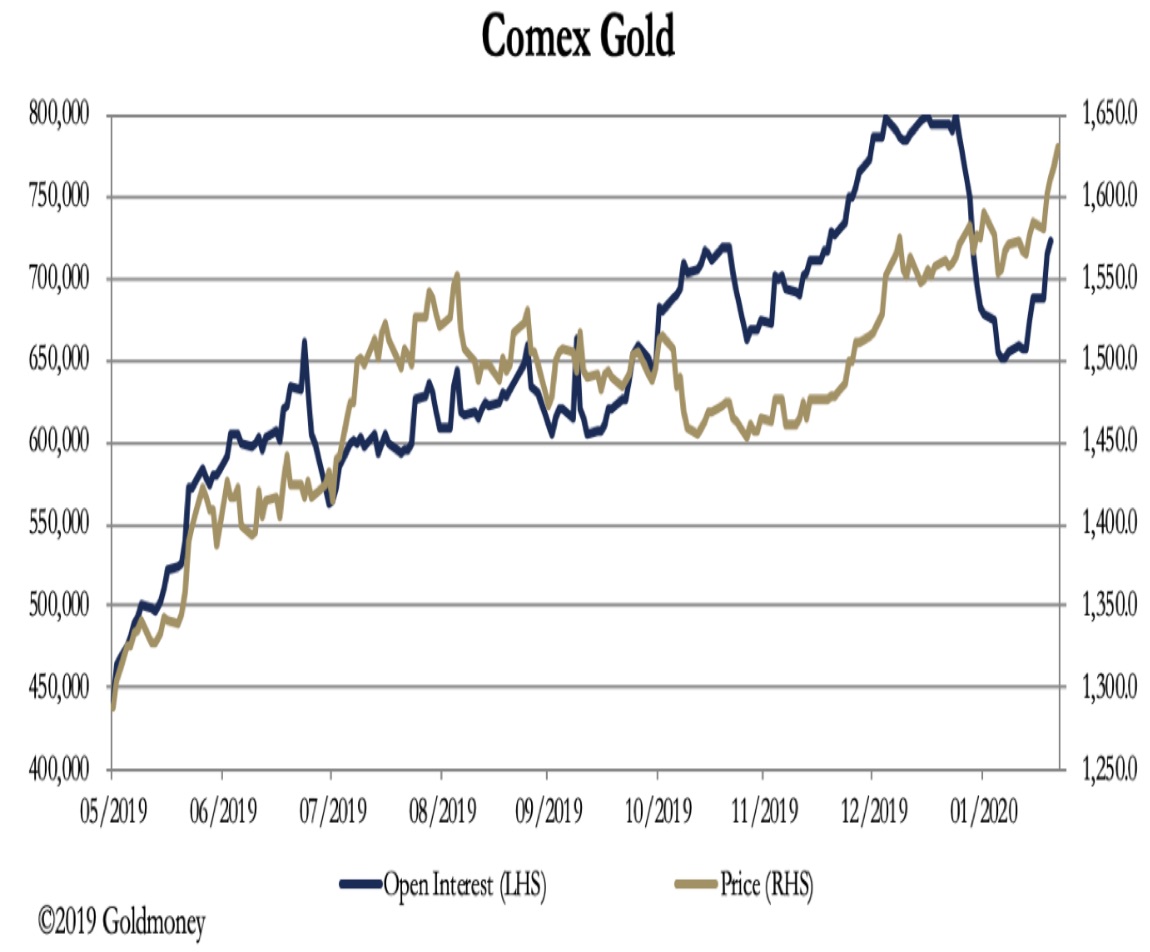 With open interest at over 700,000 contracts again, this move threatens the bullion banks, who appear to have lost their normal control over the bullion market. Interestingly, it occurs at the same time as renewed strength in the dollar’s trade-weighted index, which has risen on the back of a weak euro and yuan. This is our next chart. 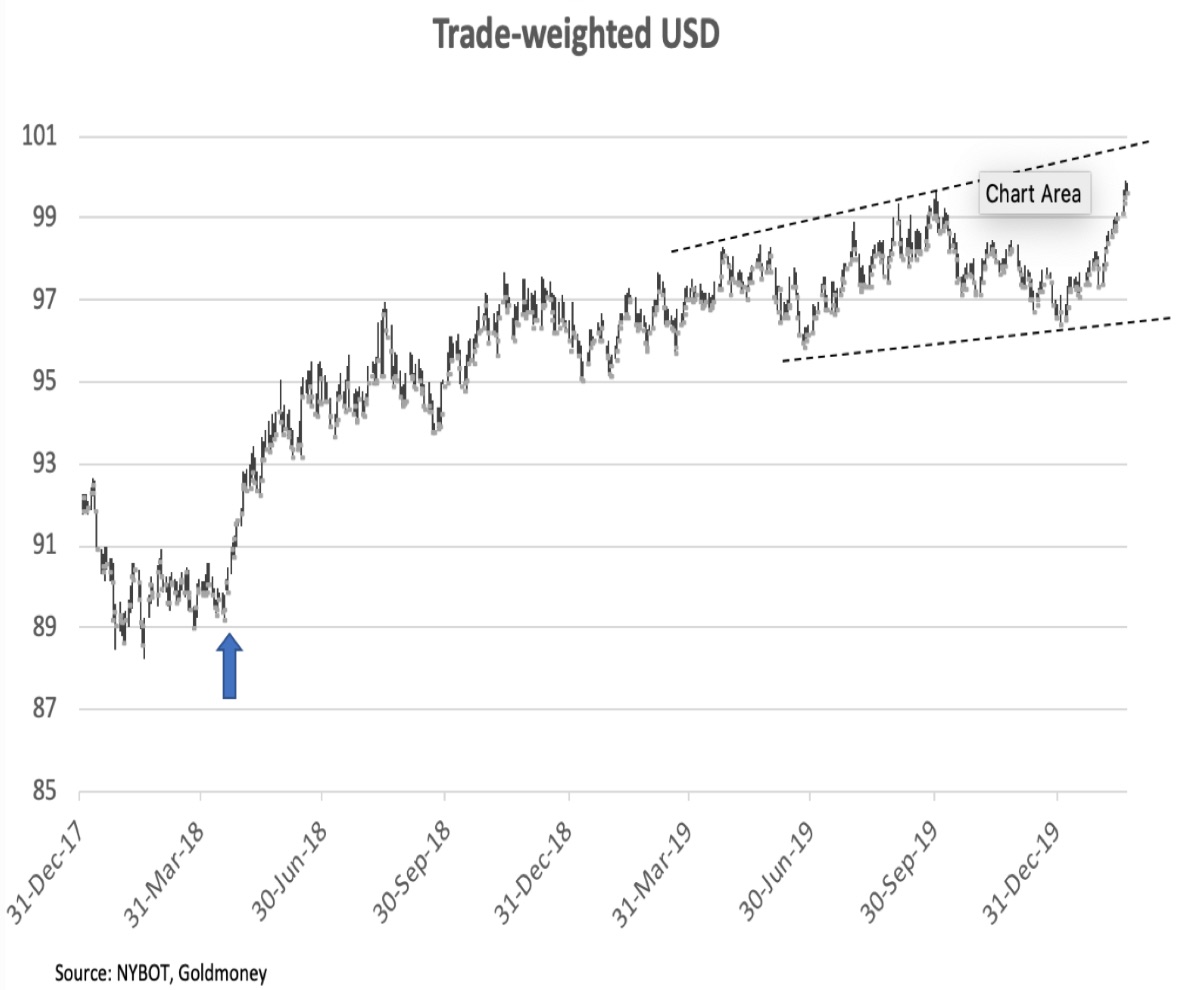 Having rallied strongly since April 2018 (arrowed), the dollar’s TWI appears to be completing a broadening top formation. Even though this is a weak sign for the dollar and theoretically good for gold, the TWI has rallied to challenge new highs since President Trump assumed office.

Gold’s technical chart, up next, is certainly impressive. 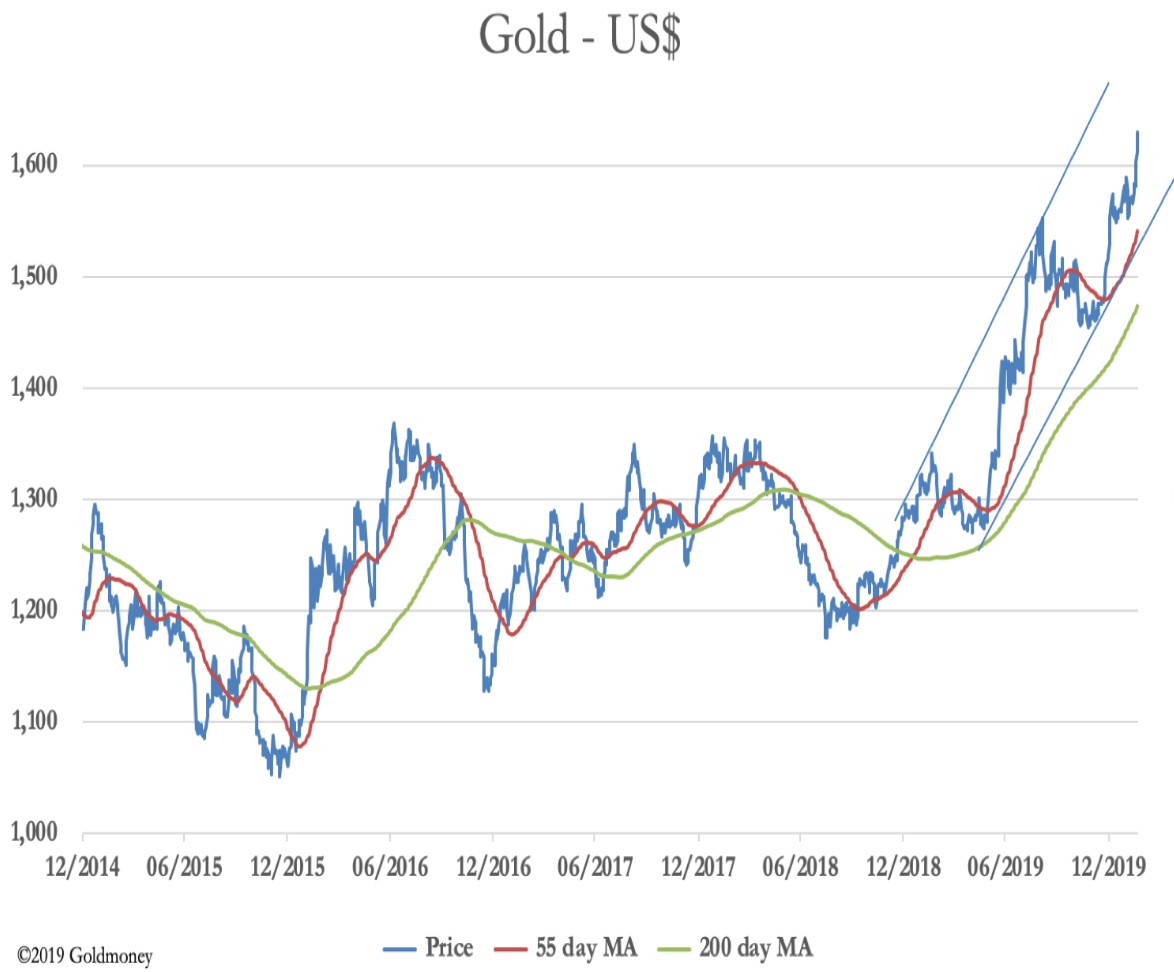 There appears to be excellent bullish momentum, likely to drive the price to test the $1700 level. 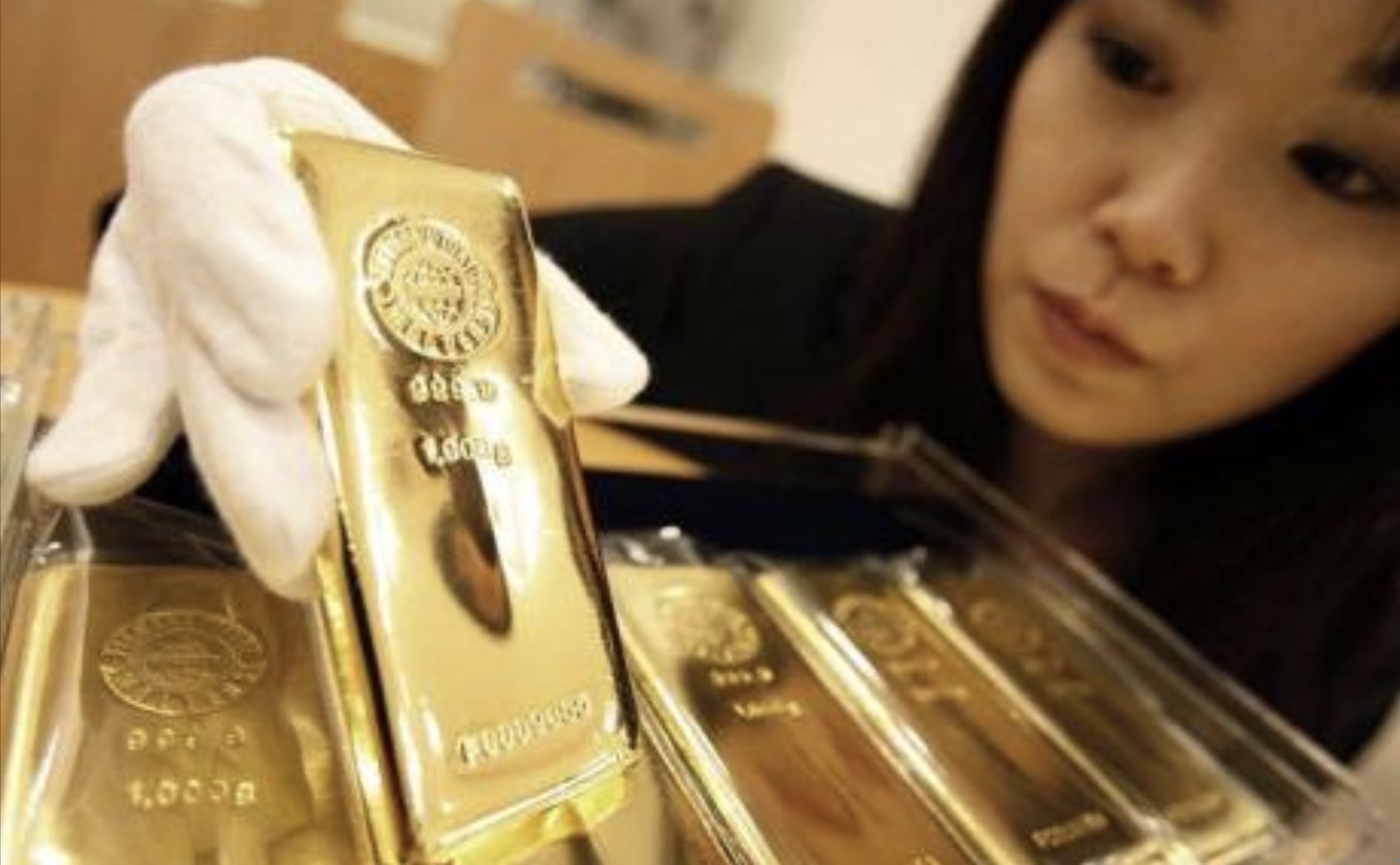 BIG SURPRISE: Gold’s Roars Even As China’s Buying Plunges
Despite gold having risen nearly $80 since the beginning of the month, it has gone unnoticed by the mainstream media. This lack of attention usually signals the early stages of a bullish move. The truth of the matter is no one knows what to make of it, with Chinese jewellery demand collapsing due to the coronavirus. Withdrawals from the Shanghai Gold Exchange halved to 111.9 tonnes in January compared with a year earlier. February will be even worse.

Those who understand that it is less gold rising and more fiat currencies falling are likely to have a better grasp of the situation. The global economy was already heading into recession, with central banks imploring their governments to increase deficit spending to allow them to step up quantitative easing. Without accelerating amounts of government stock to buy, central banks are running out of policy options. The result will be a flood of new government bonds financed by inflationary means.

Then came the coronavirus. The Chinese economy has effectively shut down, adversely affecting manufactures of goods worldwide by disrupting their supply chains. Coming on top of an economic downturn, the consequence will be to add to yet more monetary inflation.

Silver has underperformed, taking the gold silver ratio to 88 times. This is our next chart. 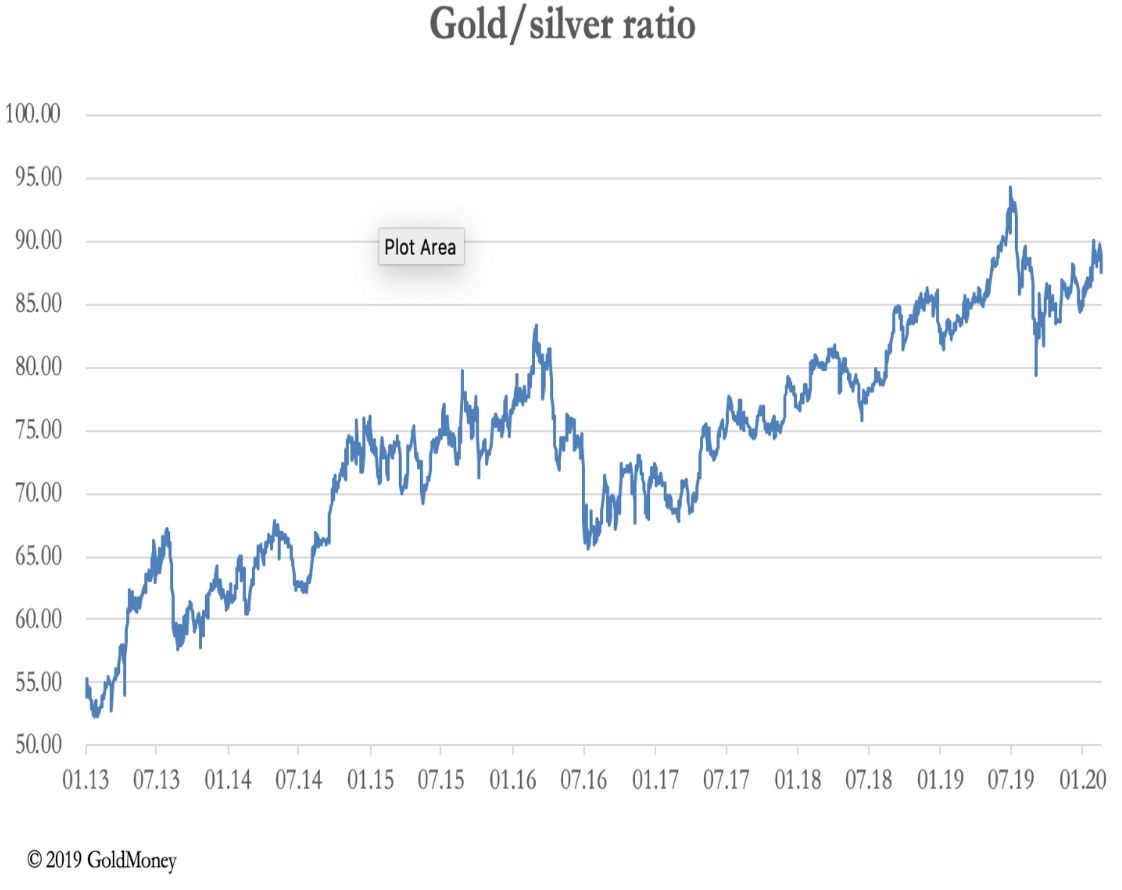 Silver May Be Set To Radically Outperform Gold
If the rise in the gold price is a reflection of a conceptual move towards sound money, then clearly the gold-silver ratio should price in something for the possibility a monetary role will return to silver. With the prospect of a major acceleration of money-printing, then silver relative to gold appears to be mispriced. This being the case, perhaps silver will now begin to outperform gold to take the gold/silver ratio towards the old bimetallic standard of 15 times.