GOLD BULL ALERT: What To Expect Next For Gold After Yesterday’s Plunge Ended One Of Gold’s Longest Streaks In 4 Decades

This is a very important alert on what to expect next for the price of gold after yesterday’s plunge ended one of gold’s longest streaks in 4 decades.

Gold hasn’t been able to catch much of a break. Risk has been building for a while, then the market broke early in September. That kind of behavior has a tendency to lead to even more selling pressure, and so far it’s been following through.

Now the metal has busted below its 50-day average for the first time in more than four months. (See chart below). 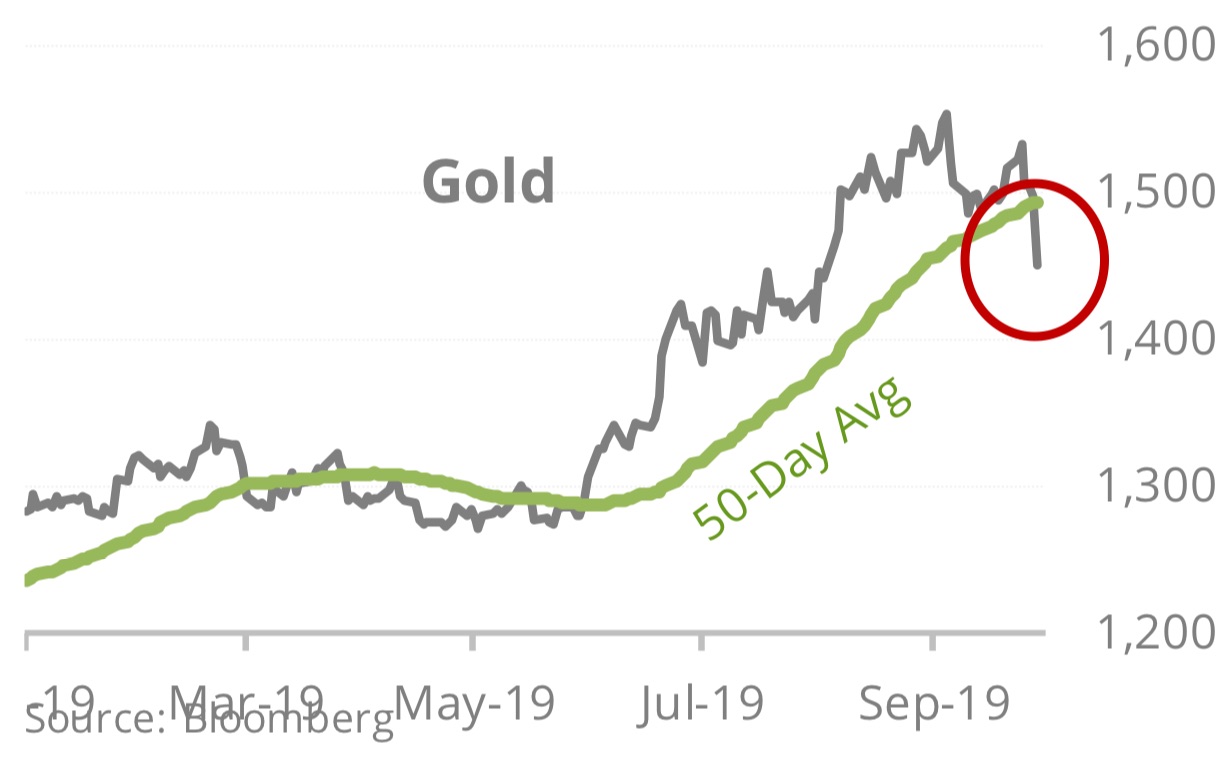 Rarely Seen
Over the past 45 years, it’s been rare to see gold go this long above its moving average, even during the big momentum runs in the late 1970s and early 2000s…

Below, we can see that the end of the current streak at 87 days above its 50-day average ranks among the longest in over four decades.

The End Of A Historic Run 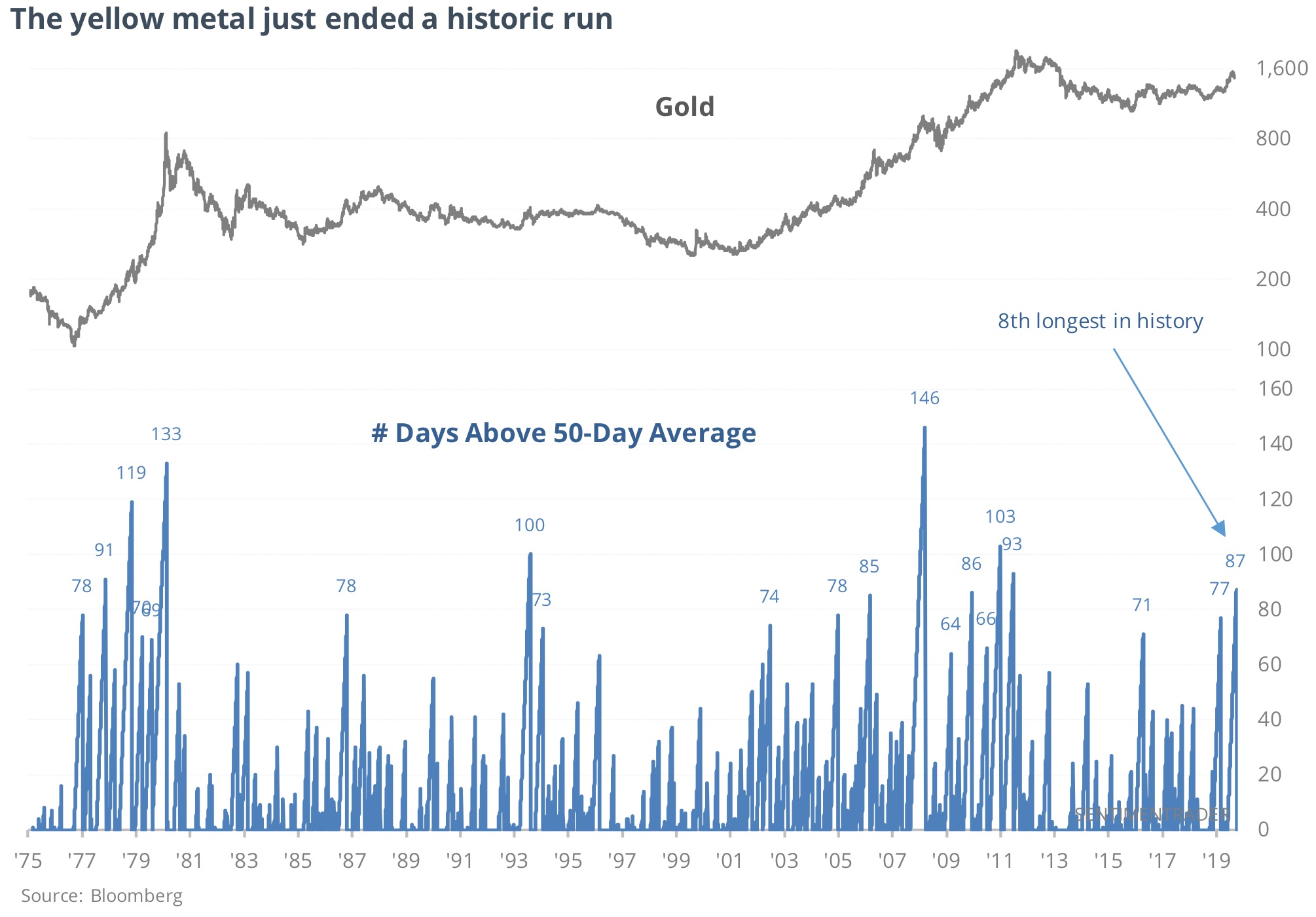 This Trading Action Only Happens During Long-Term Bull Markets
Displays of extreme momentum, however, often signify some fundamental or structural change in a market. When buyers were interested enough in gold to sustain it above its moving average for months at a time, it occurred almost exclusively during long-term bull markets. So, returns over the next 6-12 months were impressive. (See chart and table below).

Gold’s 6-12 Month Returns (After The End Of Historic Runs) Have Been Extremely Impressive Averaging Nearly 30% Gains For Gold 12 Months Later! 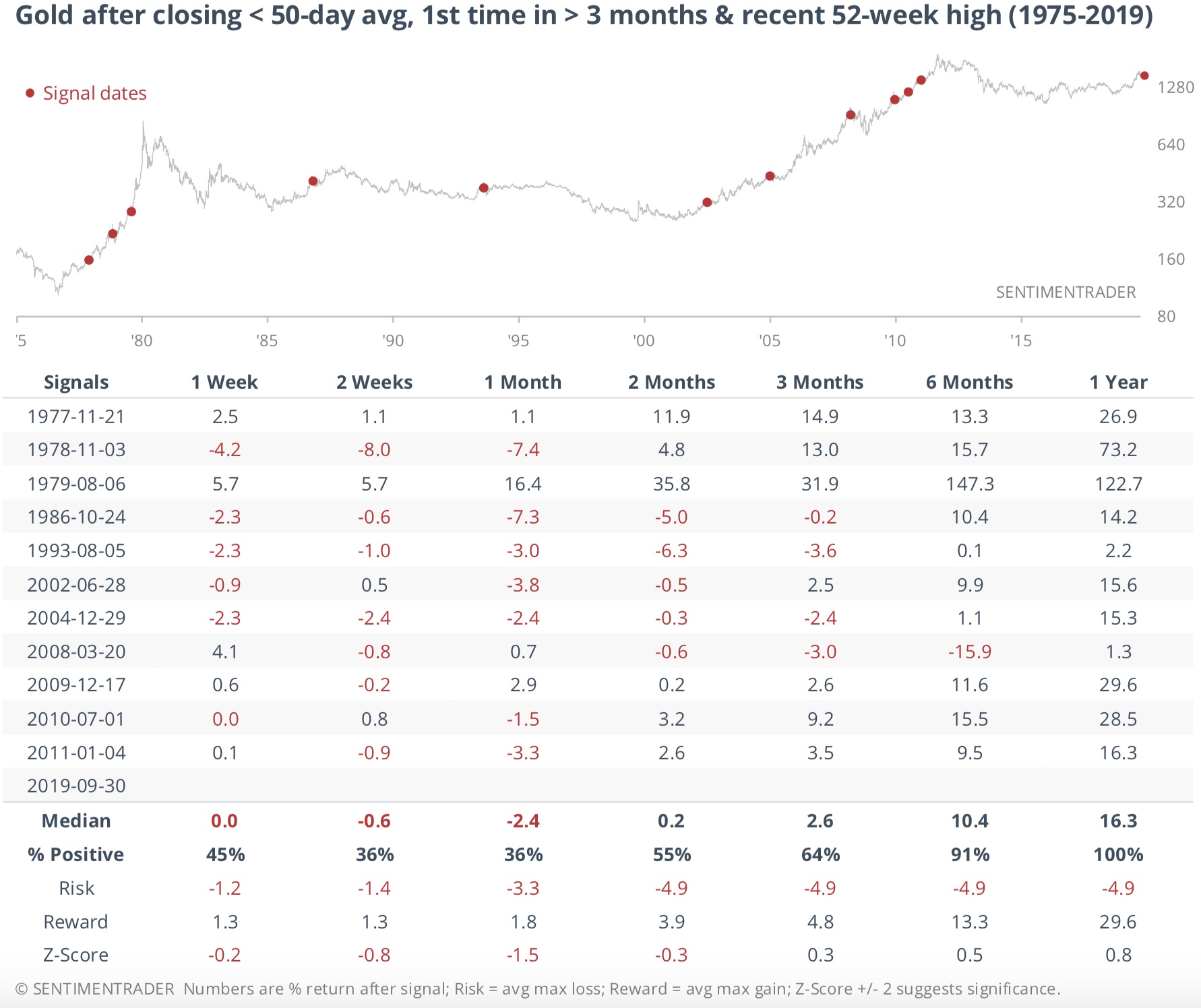 To subscribe or try a free 30-day trial to the internationally acclaimed work that Jason Goepfert produces at SentimenTrader CLICK HERE.

Greyerz – Global Financial System Unlikely To Survive, But Own Gold, Not Cryptos Or ETFs CLICK HERE TO READ

$1,800 Gold, Cranking Up The Liquidity, Plus When The Bubble Pops CLICK HERE TO READ