To kickoff trading for 2021, the price of gold today had a massive upside breakout and the mining stocks are soaring.

Dire Picture For Dollar As Gold Breaks Out
January 4 (King World News) – James Turk:  Eric, the markets are giving us an important message. We can deny it at our peril. The prices of all different types of assets classes are rising, but particularly those that are sensitive to inflationary pressures. For example, crude oil is near $50, after being near zero back in May. Copper is roaring to new multi-year highs, and soybeans are “in the teens,” which was the rallying cry of traders in the inflationary 1970s.

Here’s the key point, Eric. These prices are rising for the same reason, and it is not because there are shortages of commodities or because any of these assets are becoming rare. Their prices and the prices of countless other assets – including precious metals, Bitcoin and the stock markets – are rising because the demand for the dollar is falling.

The mainstream media often reports on the supply of dollars, but like any other good or service, the value of the dollar – its purchasing power – is also subject to supply and demand. And on both counts, the picture is dire…

KWN recently posted my chart of M1, which can be viewed here. M1 is the total quantity of dollars in paper currency and current accounts in banks. It’s growing at more than 50% over the past year as the Federal Reserve and banks have gone wild in their currency creation. They are doing it primarily to fund the $4.4 trillion surge in the national debt over the past twelve months. That’s a whopping 19.2% increase!

Monetary history shows that creating currency out of thin air to fund government deficits is the primary cause of hyperinflation and the collapse of a currency.

The picture is not any better on the demand side of the equation. There are different ways to assess demand, but I like to use the US Dollar Index to provide a guide…

US Dollar Plunged 13% In 10 Months
For the better part of a year, the US Dollar Index has fallen from 102.7 to a current level around 89.5, a 13% decline. A decline of that magnitude in about 10 months is rare for even a third world currency, but we are talking here about the US dollar, the world’s reserve currency.

What we are seeing is something not yet generally recognized by the wider public, and it won’t be something you will read about in the controlled mainstream media. We are witnessing a flight from the dollar, and the precious metals are responding with higher prices just like other asset classes.

Gold Breakout
Gold has broken out of downtrend channel that confined it since the record high price in August (see chart below). 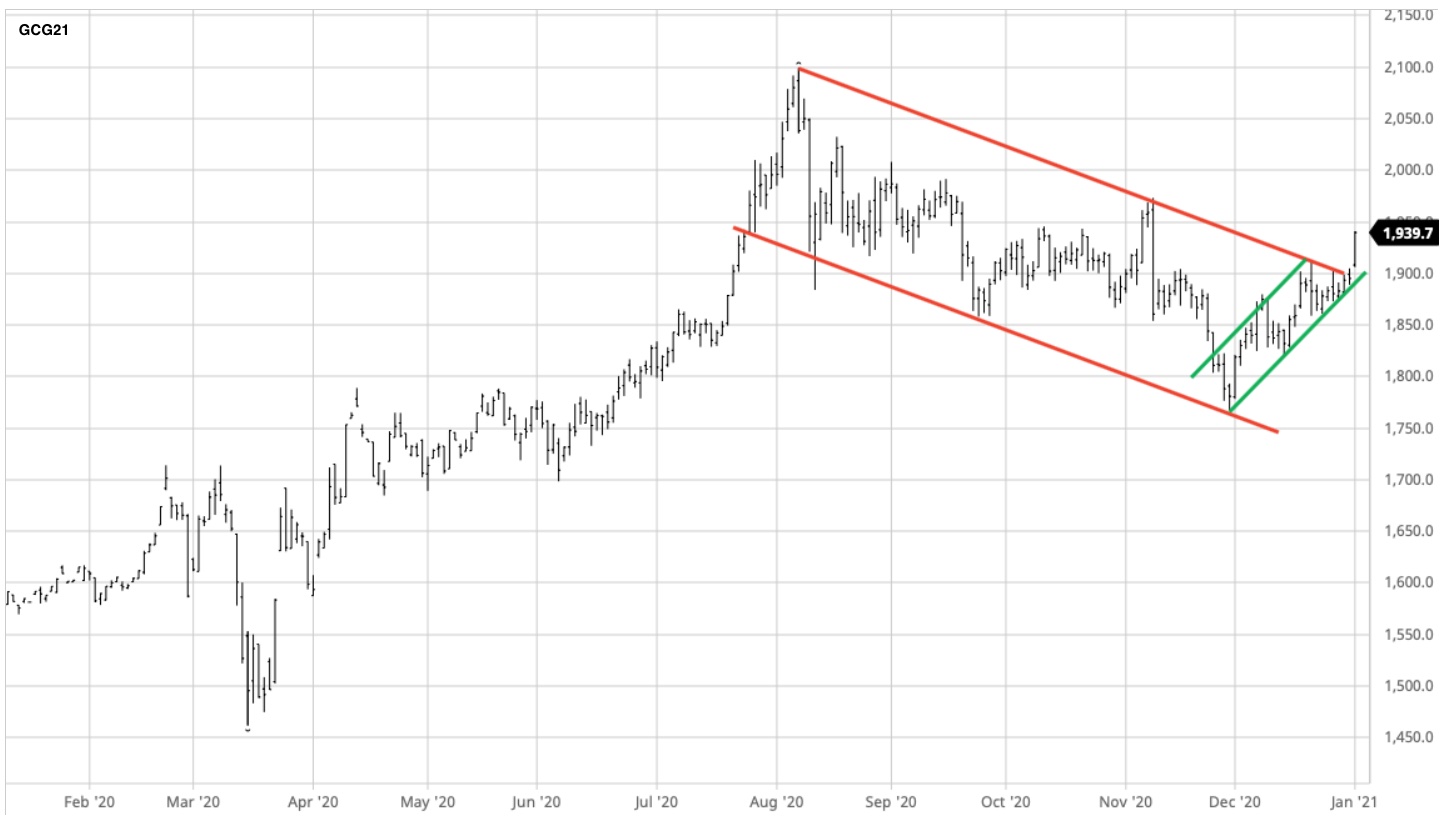 That means the long-term uptrend is resuming, which sets up the possibility of new record highs this month or next as the US dollar continues its downtrend and the flight from currency picks up speed.

Investors Need To Prepare For A Gold Wave