Fred Hickey comments on gold and the US dollar.  Also, many have been wondering if the economy is headed into recession.  Well, today a major warning indicator just flashed.  Look at who is now the most pessimistic about the economy since the financial collapse.

December 13 (King World News) – Fred Hickey on the US dollar and gold:

“Draghi ends ECB’s QE & Fed possibly “pausing” its hiking cycle next week, so is it time for $ to fall from 97+ level (DXY) it’s been unable to break out of for weeks? Net $ Spec futures longs at highest level since Jan. 2016 (fell sharply from there). Gold positioning exact opposite.”

Most Pessimistic Since 2011
Here is a small portion what Jason Goepfert at SentimenTrader noted today:  Fewer than 17% of CFOs are optimistic about the economy, the fewest since the third quarter of 2011 (see chart below).

WARNING: CFO’s Most Pessimistic Since 2011, More Than 7 Years Ago! 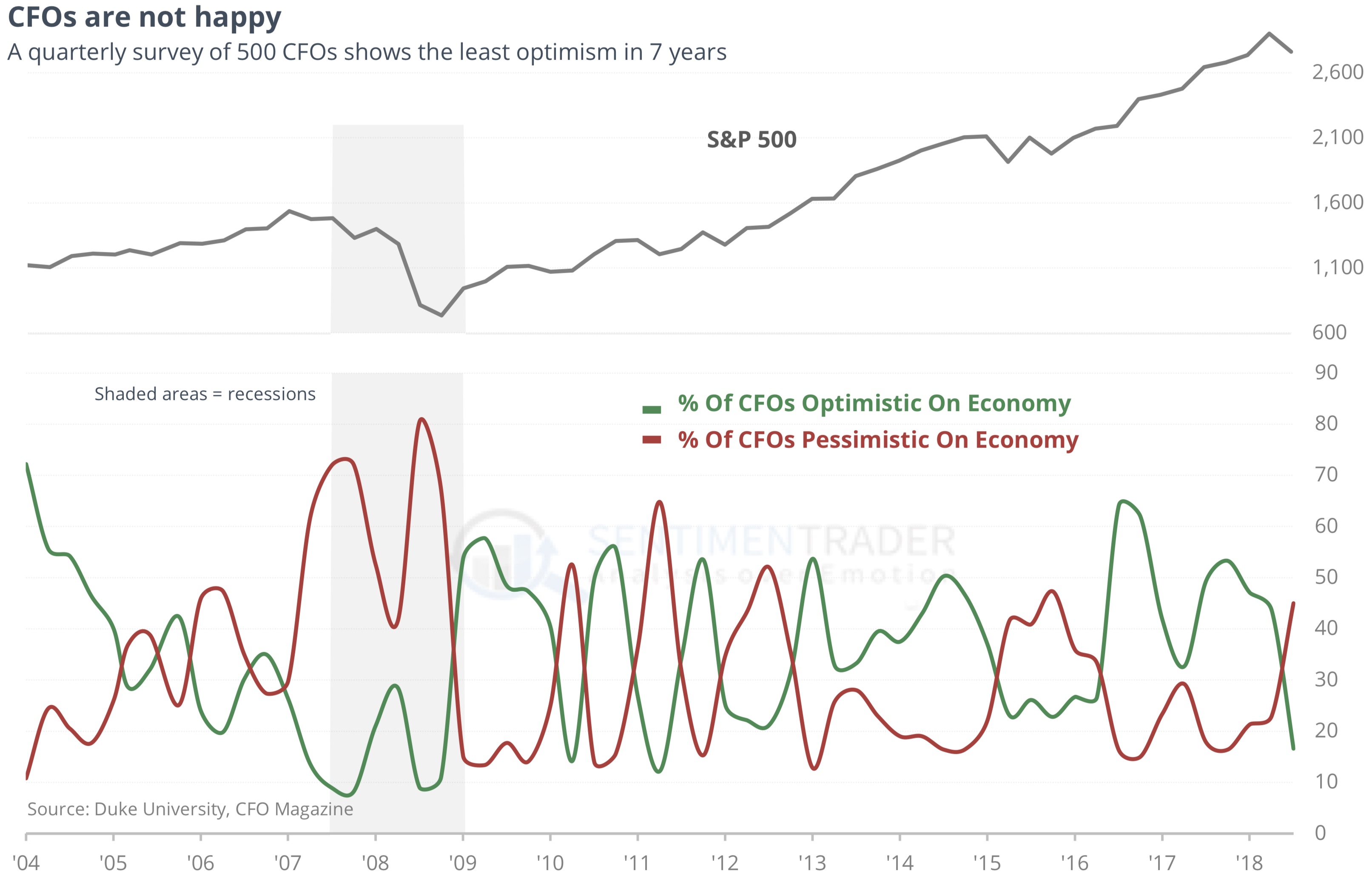 This is a remarkable about-face from two years ago when more than 64% of them were optimistic (see stunning chart below).  There is so much more to this update from SentimenTrader but it is only available to subscribers.  To subscribe or try a free two week trial to the internationally acclaimed work that Jason Goepfert produces at SentimenTrader CLICK HERE.