With the price of gold and silver pulling back, today it is a good idea for King World News readers around the world to take a step back and look at the big picture.

The following email was sent to us from a KWN reader:  “If the price of one ounce of gold was $20.79 in 1913, what should its price be today in 2016 if we factor in the increase in the cost of living since then? John Williams’ inflation calculator gives the answer. He provides both the official inflation rate since may 1913, and his own alternate inflation rate which begins in 1980, when inflation was high. (1980 it seems was the start of systemic government manipulation of statistics and markets.) His (John Williams’) alternate graph (of the price of gold) is (a staggering) 5 times higher than the official graph.

I took 2 snapshots of the ShadowStats screens after its calculations and added the 5x multiplier to the pdf version. The pdfs are included (below) for your perusal. 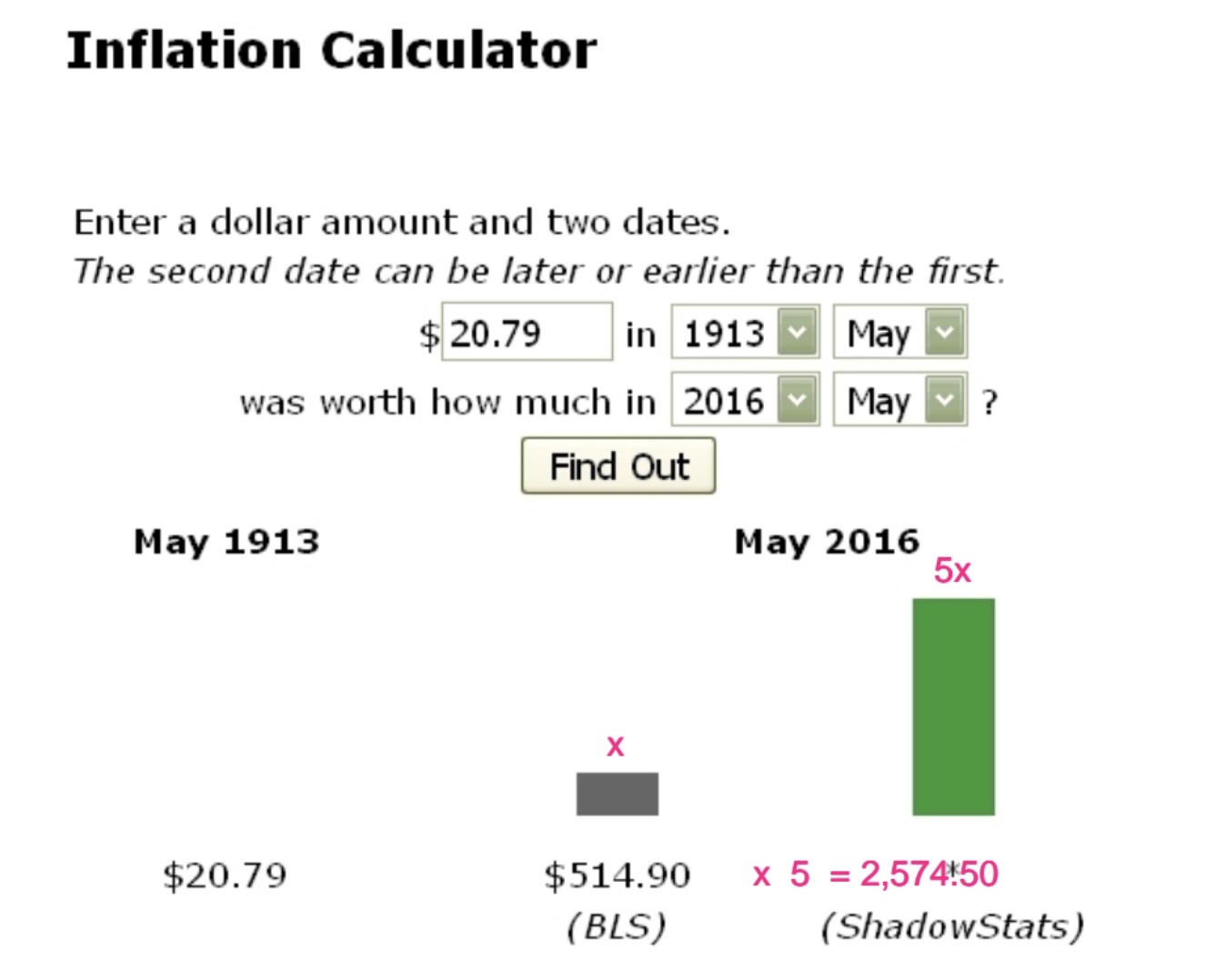 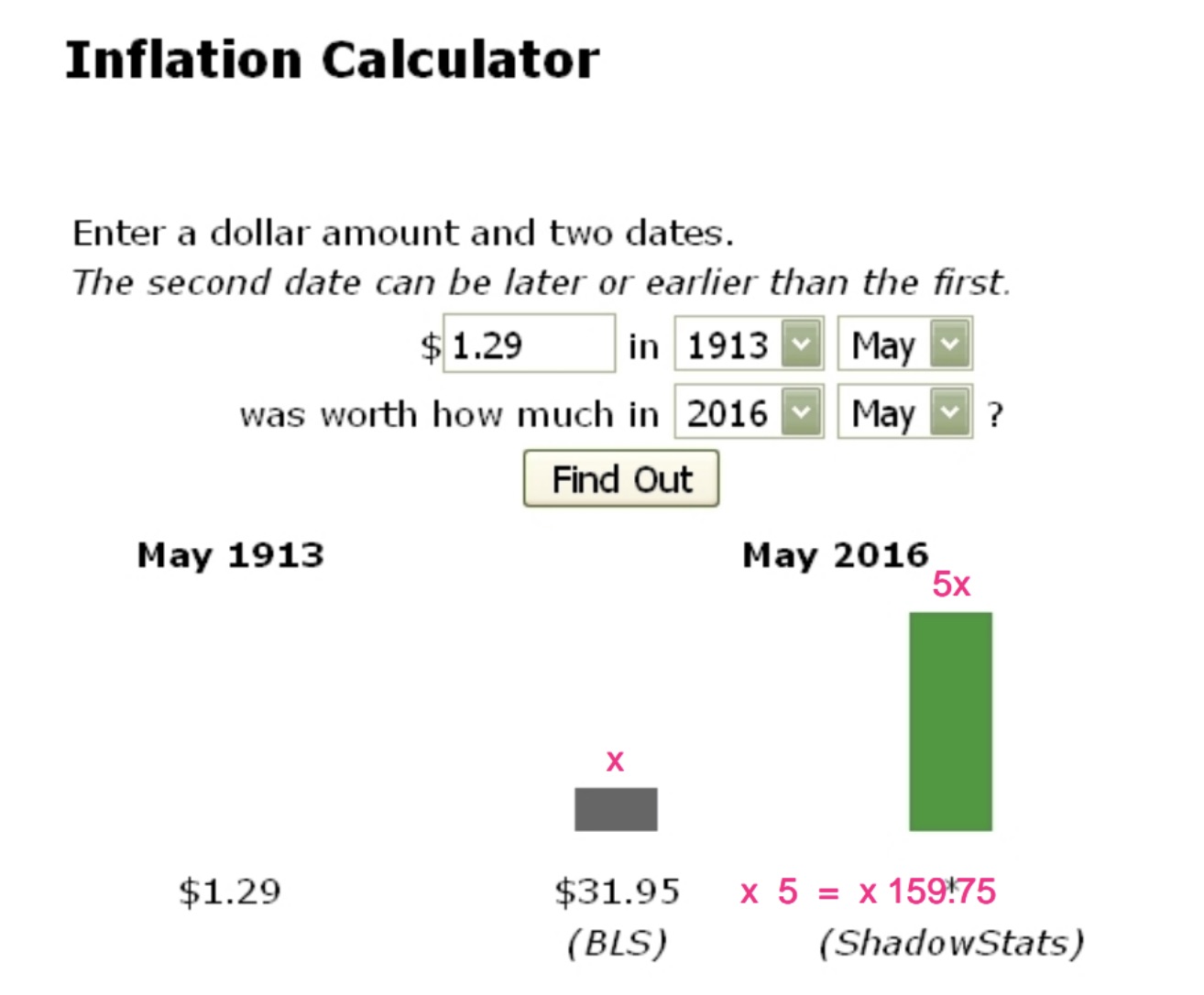 This short research answers the question, “What should the price of gold and silver be taking only true inflation into account?” I’m sure many have asked themselves this question. Of course, many other factors come into play as well. But the true inflation rate seems to me to be the the most important factor, (and) the foundation upon which to calculate the effects of the other factors.”

***Also Just Released: Legend Warns This Will Totally Devastate The World And The Window To Save Yourself Is Closing Click Here.