Today one of the greats in the business warned that what Jim Rickards had to say is BS. He also covered the war in gold and silver, the dollar, stock market, central banks and much more.

December 22 (King World News) – After last Thursday and Friday’s beating, stock prices bounced back through midday today, gaining over 0.5%, with the Nasdaq a bit stronger. It turns out that the declines we saw last week represented the first time since 2007 that there had been back-to-back 1% losses in the second half of December, and the time before that occurred in 2000. What’s more, there hadn’t been consecutive 1.5% losses since 1937…

Bill Fleckenstein continues:  The point being that the action was not what the bulls had in their playbook.

I continue to believe that one of these days an unscripted market decline is going to feed on itself and turn violent rather quickly. In fact, I think it is quite likely that when people look back on last week they are going to say that the FOMC meeting was a bit of an inflection point and may be the beginning of a recognized trend change in stocks, as well as the metals (more about that below).

Granted, it is a little unfair to put it that way because the stock market has really done nothing but grind out a big sideways trading range since QE ended over a year ago. Nonetheless, the tiny rate hike from last week has a good chance of finally illuminating the fact that the Fed has no idea what it is doing and it becomes clear that the economy continues to get worse while the stock market heads lower and people realize that quantitative easing has become a quantitative failure.

Turning back to the action, in the afternoon the indices couldn’t make any progress and closed with about a 0.5% gain. Away from stocks, green paper was weaker and fixed income was flat, as was oil.

Turning to the metals, they were 1% higher today after having seen wild action last week (on several days last week the miners saw moves of 5% to 10% on 1.5% moves in gold itself). Friday’s Commitment of Traders Report showed that commercials were down to about 8,000 contracts short. Meanwhile, GLD saw a rather large pickup in tonnage. If that ETF continues to take up ounces, given the positioning in the futures market, we could easily see a rather powerful rally. On the other hand, sentiment continues to be that the Fed knows what it is doing, as demonstrated by the fact that so many are calling for several rate hikes in 2016, while the mainstream media continues to make bold predictions backed by nothing other than paper and ink.

Today’s Wall Street Journal ran a headline, “Gold Won’t Take Gold In the Metals Race,” in which the author noted that a whole handful of metals had declined far worse than gold. He also stated that, “Gold should have suffered more than other metals. Why hasn’t it? Gold’s uselessness has been its saving grace” (by “uselessness” he means it isn’t much of an industrial metal). He then proclaims, with no supporting data, “The silver lining for silver and other industrial metals is that the demand slump is temporary and investment cutbacks contain today’s seeds of a future bull market.” He fails to note that there have been cutbacks in gold exploration as well, but in a story so full of hot air and unsupported opinion that is to be expected.

He’s not even above making something up: “By contrast, nearly all the gold mined since antiquity is above ground in some form.” He obviously doesn’t know that virtually the same thing is true for silver. He then sums up his thoughts by noting that, “Gold has held up pretty well, but it may soon lose its luster as the most modest loser in the metals bear market.” Again, no facts, just opinion, and this is the sort of thing you find in 99% of bearish articles on gold.

Opinions Are Like Fiat Currencies: You Can Just Make Them Up

Everyone has an opinion about where the gold price is supposed to go, and because it has declined, those with a negative opinion are deemed to be a seer. I know that is small comfort for those of us who have suffered with metals positions, but sometimes that is how markets work. Something that is crazy and makes no sense continues on far, far longer than it ever ought to be able to, thereby sowing the seeds for a large move in the other direction.

When gold is actually going to start to motor higher I can’t say, but I think it is quite clear that the economy is more or less dead in the water, the stock market is peeking, and confidence in the Fed is extremely high at a moment in time when it is on the cusp of being shown to be wildly overly optimistic about the efficacy of its policies, and in fact Yellen et al. don’t even understand the concept of misallocated capital, which is the only thing they are good at creating.

Included below are six questions and answers from today’s Q&A with Bill Fleckenstein.

Question: Hi Bill, I was thinking that after Fed raised the rate on Wednesday, yield on 10 year bonds would start going up but it seems that people still buying the US dept. Do you think it is too early to expect yields to move up? Or is it like people are expecting a big down move in equities possibly after new year & want to keep some money in bonds? Thanks

Answer from Fleck:  “Yes, it is way too early for yields to really rise, given how this is all playing out.”

Question: I know you believe the $US is on borrowed time. The US has the highest interest rates in the G8* and has started lift-off phase while the other major Central Banks including China are weakening their currencies. How does the dollar weaken in this environment?

Answer from Fleck: “The dollar isn’t on borrowed time, the dollar rally is. The Fed is clueless, the recovery is a farce, and everyone is positioned for liftoff, etc. When the fake premise is seen for what it is, the dollar will weaken.”

Question: Bill, would you consider being short treasuries right up there with buying miners and shorting certain stocks a lucrative position? Thanks

Answer from Fleck: “No, not at this time.”

Question: Irony (merriam-webster.com):  3a (1) : incongruity between the actual result of a sequence of events and the normal or expected result. The US Federal Reserve is STILL basking in praise for having saved the world from a crisis it created. In all your years in the markets, Bill, have you known any other irony like it?

Answer from Fleck: “Irony is far too mild of a term to do justice to the massive disconnect whereby the guys who started the house fire are treated like firemen, instead of the arsonists that they actually are. Someday someone will write a book about the delusions people have regarding central banks.”

Question: Just a thought…I’m a buyer of physical only, no paper. I’m tracking my gold dealer’s daily prices. His prices don’t drop when the futures sell off but his prices jump when futures rally. I’m guessing his prices are based on his retail sales, not the paper market. I don’t believe the retail market is weak. I think demand is pretty strong, especially at these prices. I’m still buying every time we get a decent sell-off.

Answer from Fleck: “…and one of these days you will be very glad you have done so.” 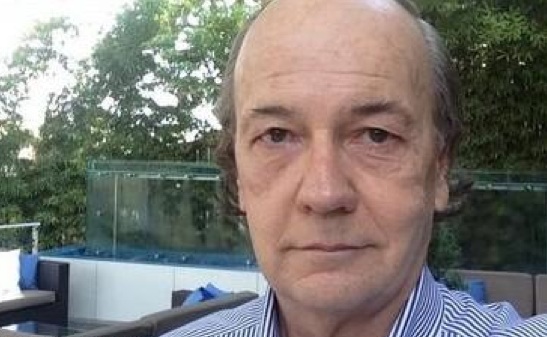 This Argument From Jim Rickards Is BS
Question: Fleck,

This is nonsense because homeowners and CEOs do not use short-term rates to make business and investment decisions. No one funds a home purchase using the overnight repo rate. Such investments are financed with 30-year mortgages and 10-year bonds.

The better way to calculate real rates is to use the 10-year Treasury note (a good proxy for long-term funding costs, currently around 2.3%), and the year-over-year PCE price deflator (the Fed’s preferred inflation measure, currently around 1.3%).

Using these inputs shows that U.S. real rates are currently positive 1.0% (2.3 – 1.3 = 1.0). This is a relatively high real rate. Actual borrowing costs for consumers and businesses are even higher. This is because they cannot borrow long-term at the U.S. Treasury rate and must pay a credit risk premium.

Does the above square with your thinking?

Answer from Fleck: “Absolutely not, that argument is b.s. It is apples and oranges. He uses the CPI in 1979, but now wants to use the PCE. As I have stated many times (and discussed why in my book), the CPI has been bastardized to suppress inflation symptoms. An honest CPI would be higher than the 1.8% reported.”

***ALSO JUST RELEASED:  What’s In Store For Gold And Oil In 2016 May Surprise Investors CLICK HERE.