Post Fed decision to cut interest rates by 1/4 point, denial is powerful and ultimately painful, about the Fed, plus the biggest surprise of the day.

Biggest Surprise Of The Day
July 31 (King World News) – Holger Zschaepitz:  “ECB balance sheet has stagnated at $4.686 billion near all-time high. But Draghi will probably turn the ECB full Japanese in Sep. Total assets already equals to 40.4% of Eurozone GDP vs 18.44% and BoJ’s 102.3%. (See chart below).

ECB Balance Sheet To Balloon As They Go “Full Japanese” 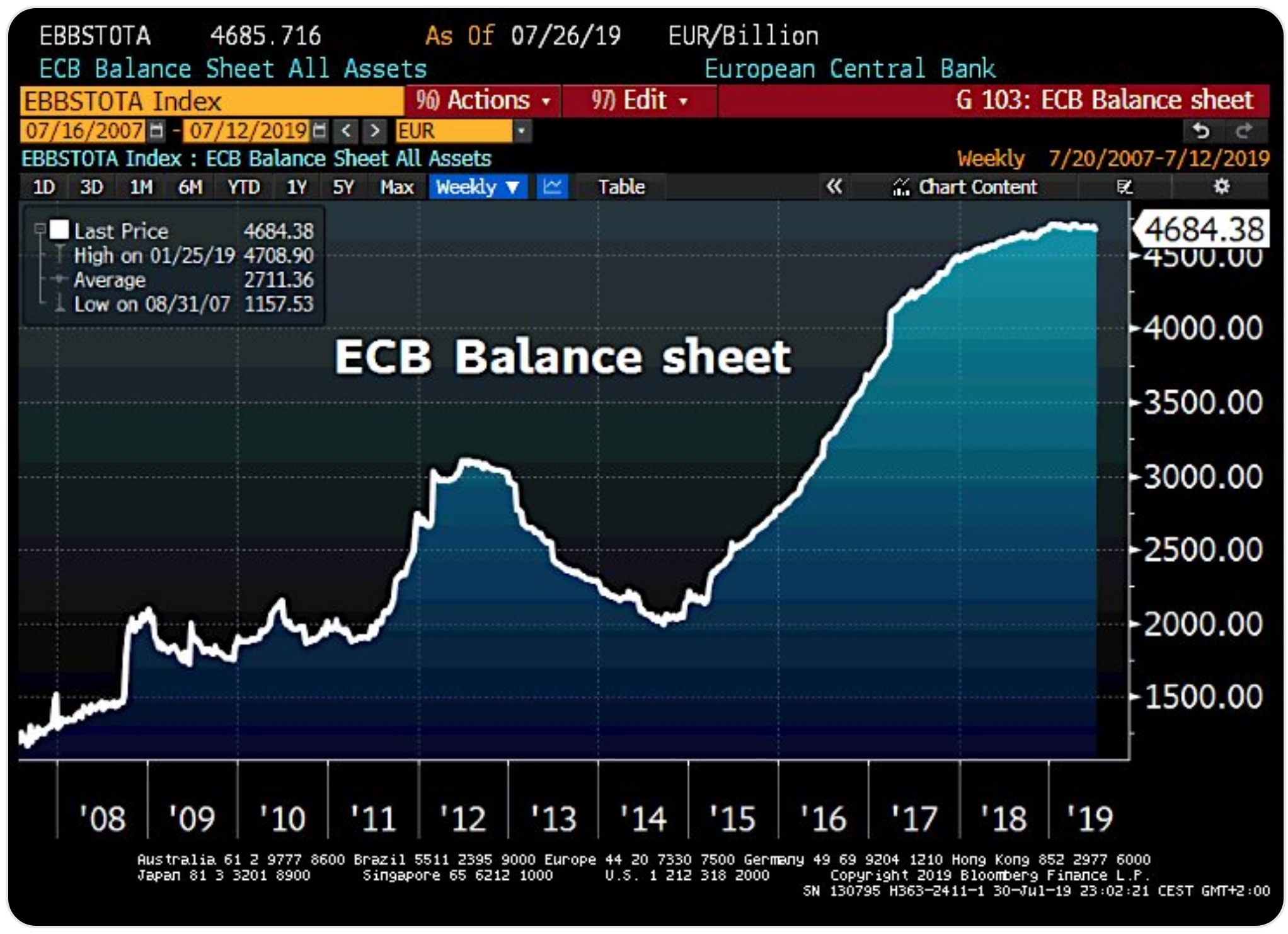 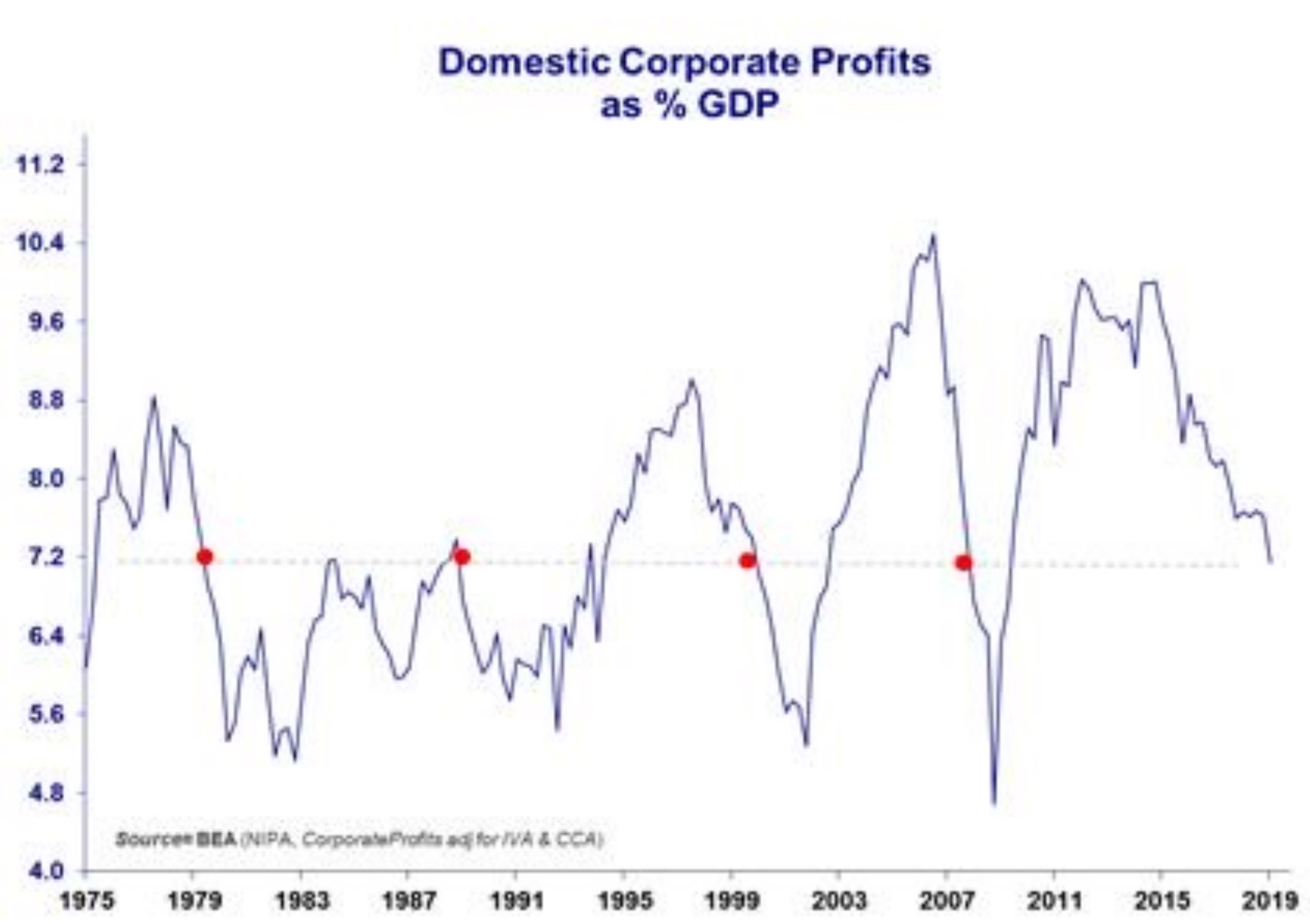 Denial Is Powerful And Ultimately Painful
Stephanie Pomboy continues:  “FYI, the market (non)response today (Tuesday) is typical. Stocks rallied, even profits dropped to 7% of GDP in those episodes as well (22%, on average). Although, this time is extreme with the S&P up 50% from the peak in profits in 2014! Denial sure is powerful….and, ultimately, painful.”…

Since 2009…
Jeroen Blokland:  “Since the low during the Great Financial Crisis in 2009, US stocks have outperformed European stocks by more than 300%! (See chart below).

Since 2009 US Stocks Have Outperformed Europe By More Than 300%! 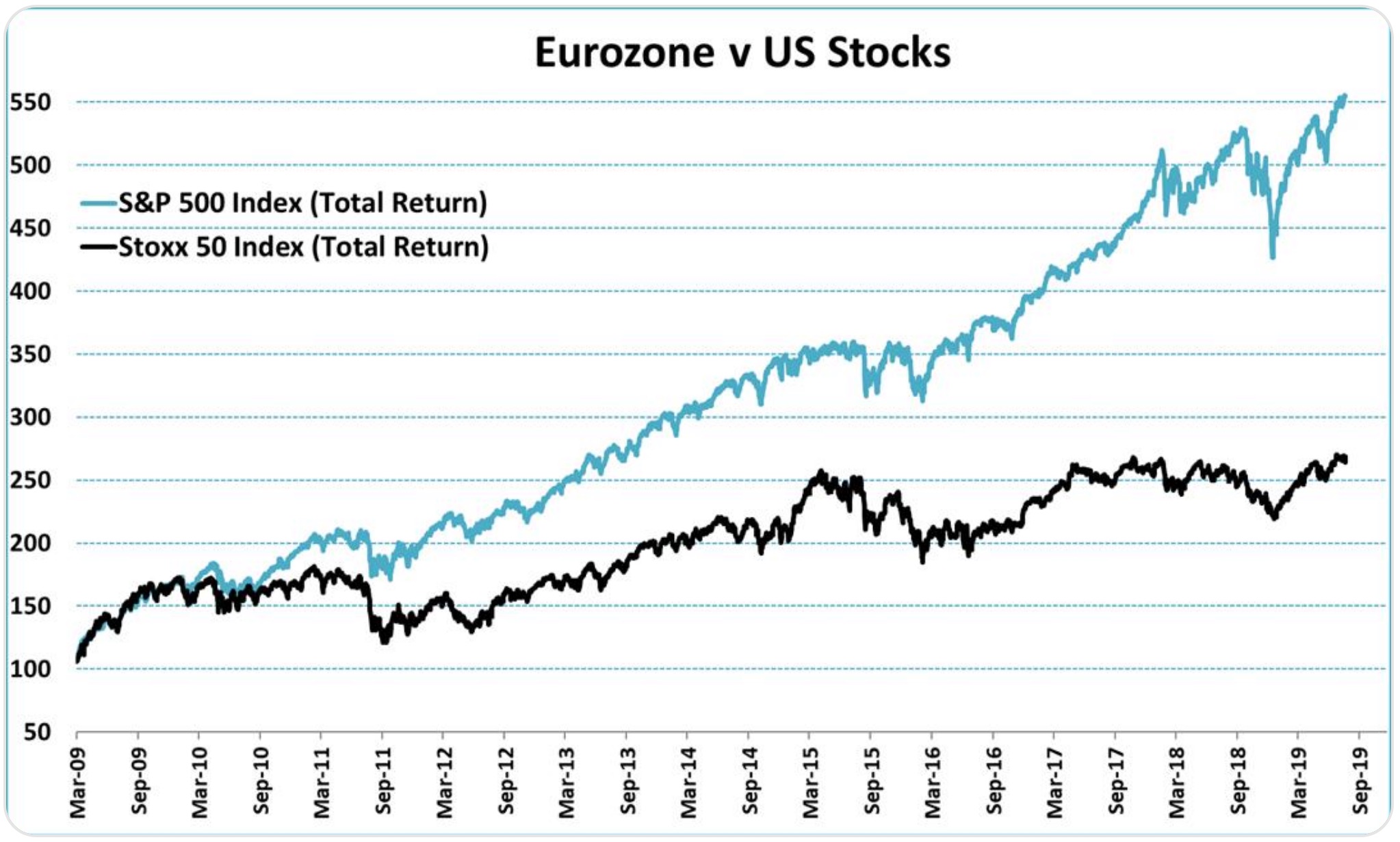 Housing Bullish?
Keith McCullough, CEO at Hedgeye:  “HOUSING: another great ROC (rate of change) day for our Bullish call on US Housing (since OCT 2018) (See chart below). 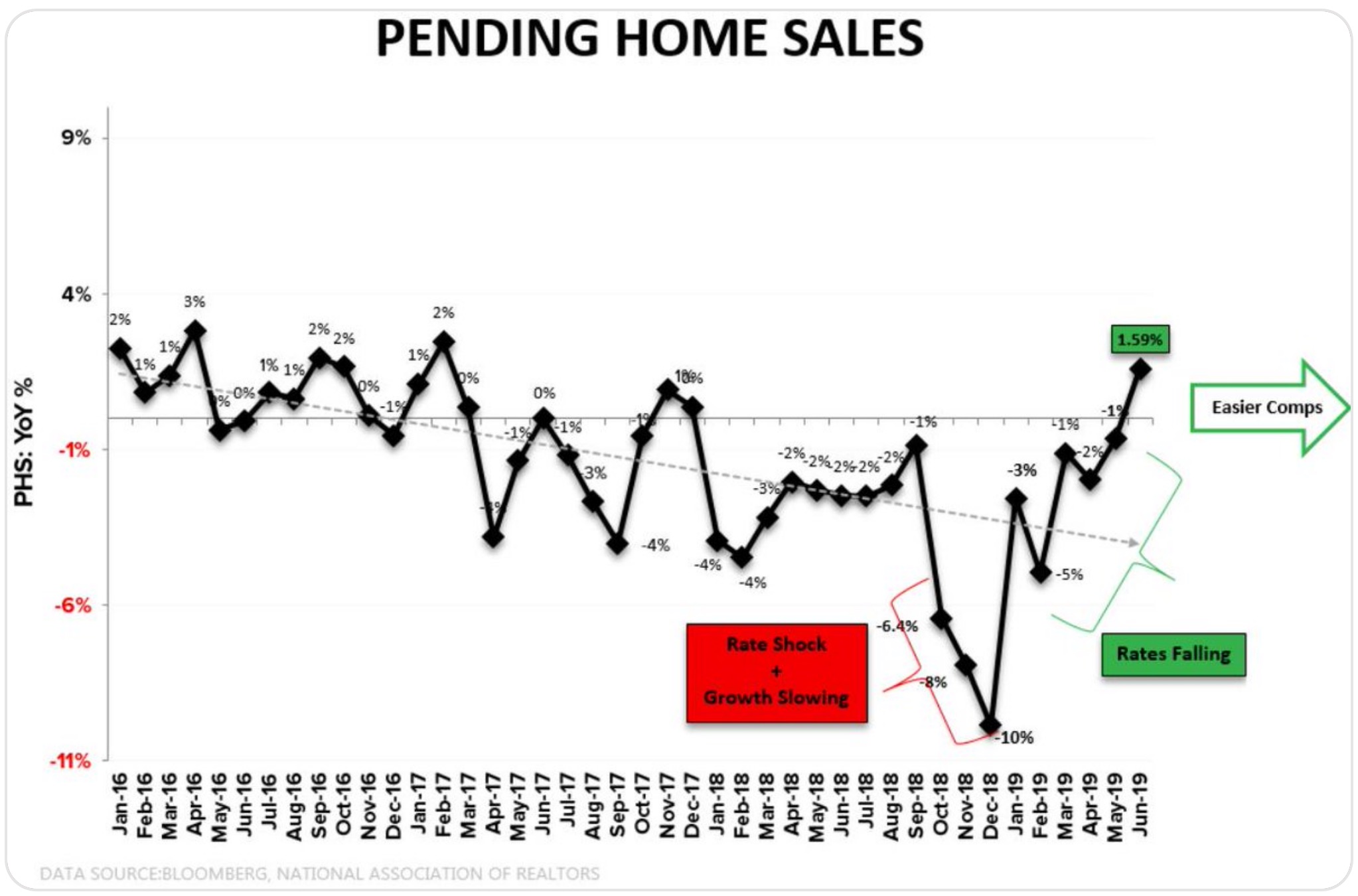 About The Fed
From legend Art Cashin: Another Pair Of Eyes – The always insightful Mark Grant, the economic guru at B. Riley FBR outlines some of what he thinks we’ll see from the Fed this afternoon. Here’s a bit of what he wrote:

Financial markets are pricing in 100% odds of a quarter-point Fed rate cut and about 25% odds of a half-point cut today. Wall Street also expects the Fed to bring its balance-sheet tightening, that began in October 2017, to an immediate end. Earlier this year, the Fed decided to halt the run-off of its Treasury and mortgage security holdings by the end of September. We are almost there.

I also think the Fed will cut the interest rate on excess reserves (IOER) held at the Fed by commercial banks relative to regulators’ requirements. The effective federal funds rate has climbed to 2.40%, which is towards the top of the 2.25%-2.50% policy range. That means the Fed’s key rate, linked to market interest rates on credit cards and auto loans, has gotten slightly tighter. To reverse that tightening, I would not be surprised to see a 30-40 basis point cut in the IOER rate vs. a 25-35 basis point cut in the policy range

So there you have it. We live and dwell in a “Wonderland” where make-believe money is really made, and then people believe in it, and it can be spent freely by the governments that created it.

While he didn’t mention it in this morning’s note, previously Mark has suggested that the Fed may become more active in the Treasury Bill market, thus putting them in a position to directly steepen the yield curve.

A word from the wise.

The powerful KWN audio interview with one of the true veterans of the gold world has been released and you can listen to it by CLICKING HERE OR ON THE IMAGE BELOW.

The Biggest Bubble Of All, Gold & Silver Ignore US Dollar, Market Panic Or Admit How Bad Things Really Are, Plus QE And Fiat Money Failing CLICK HERE TO READ

Gold Market May Be Coiling For Another Big Surge To $1,550-$1,580, Death Of The Bond Markets, Plus What’s Coming In The Next Few Months? CLICK HERE TO READ

Fed To Cut Interest Rates Wednesday, But What’s Next? CLICK HERE TO READ

BUCKLE UP: Available Physical Gold & Silver Supplies Drying Up In London’s LBMA As The Price Of Silver Surges