Investors should expect massive bull markets in gold and silver as QE to infinity gets liftoff, but here is the really big surprise.

QE To Infinity
October 6 (King World News) – Luke Gromen:  Regardless of whether Trump or Biden wins, there is only one entity that can “close these alligator jaws” without the system collapsing in a deflationary catastrophe, and. that is the Fed, with printed money. (See chart below). 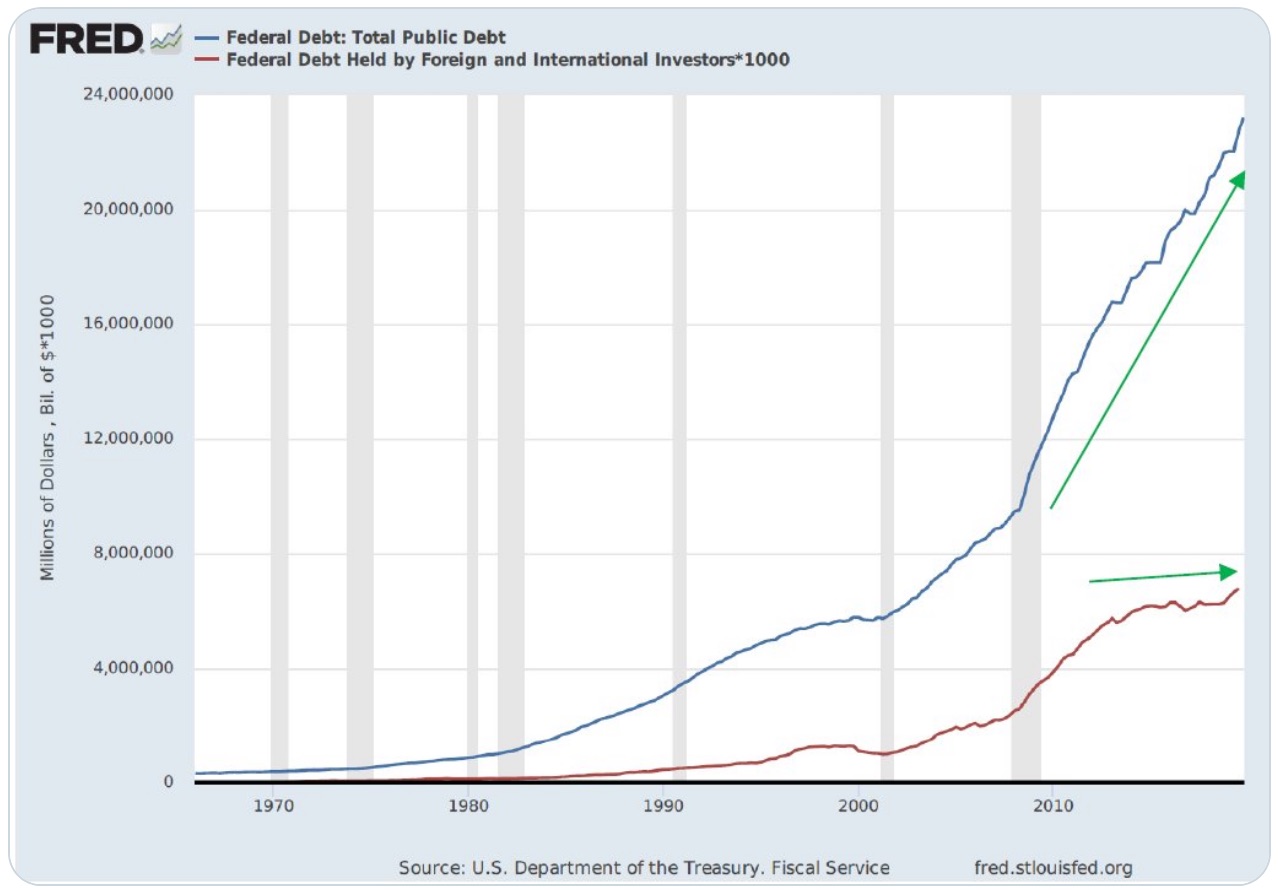 Expect Massive Gold & Silver Bull Markets
Otavio Costa:  Imagine not seeing this chart and calling for the end of the bull market in precious metals. (See chart below).

Silver Price Is Headed A Hell Of A Lot Higher 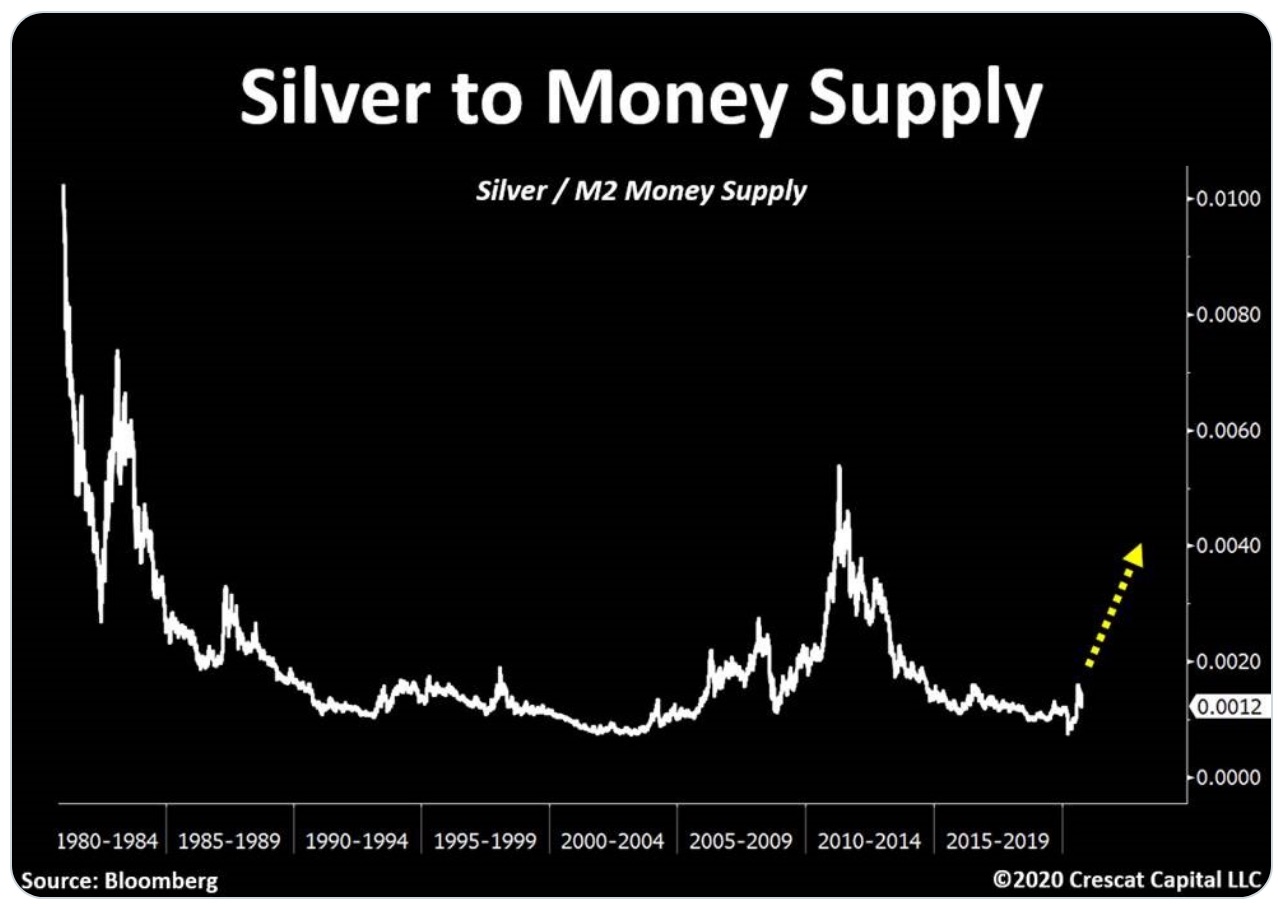 Expect Much More Violent Upside
Surges In The Price Of Gold 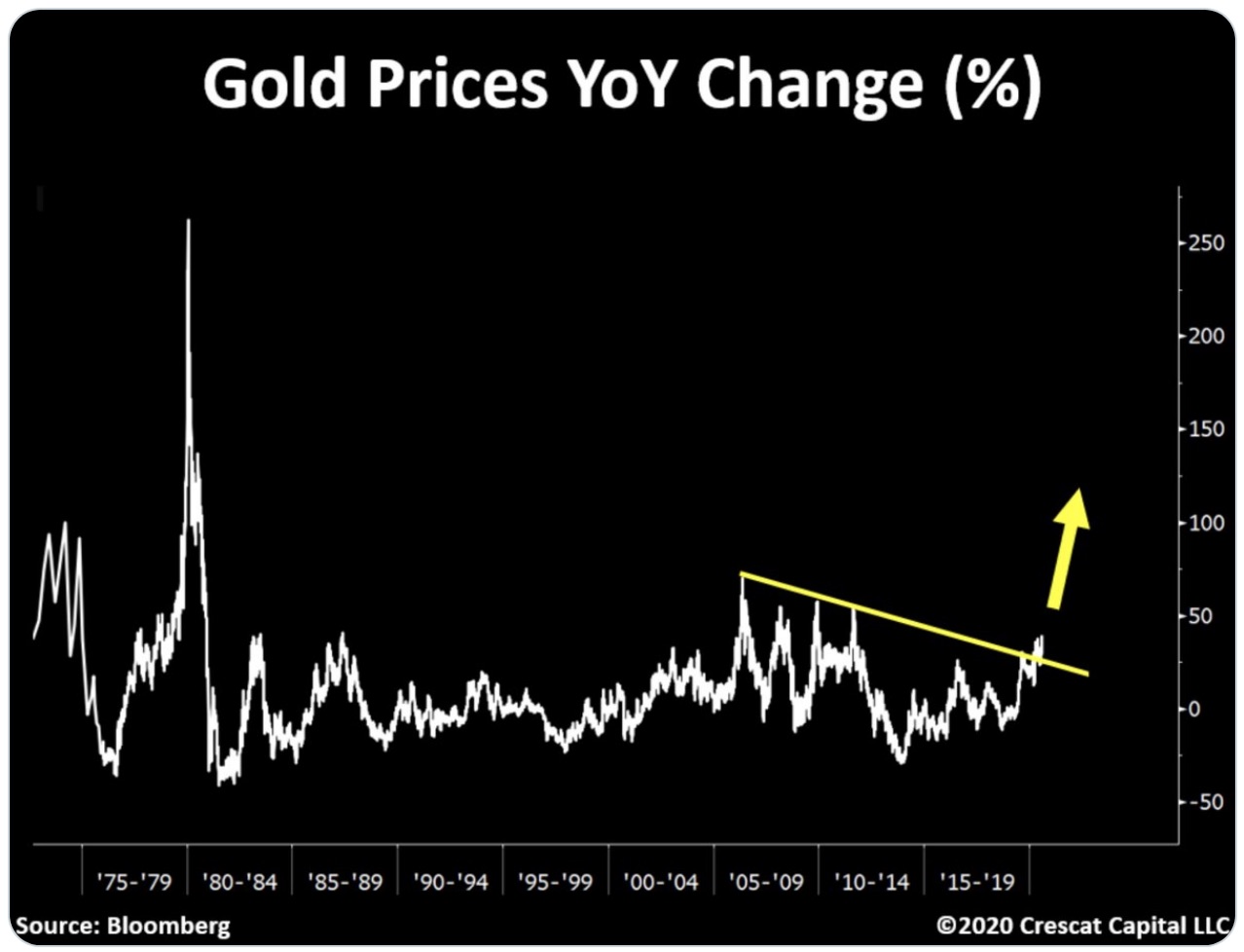 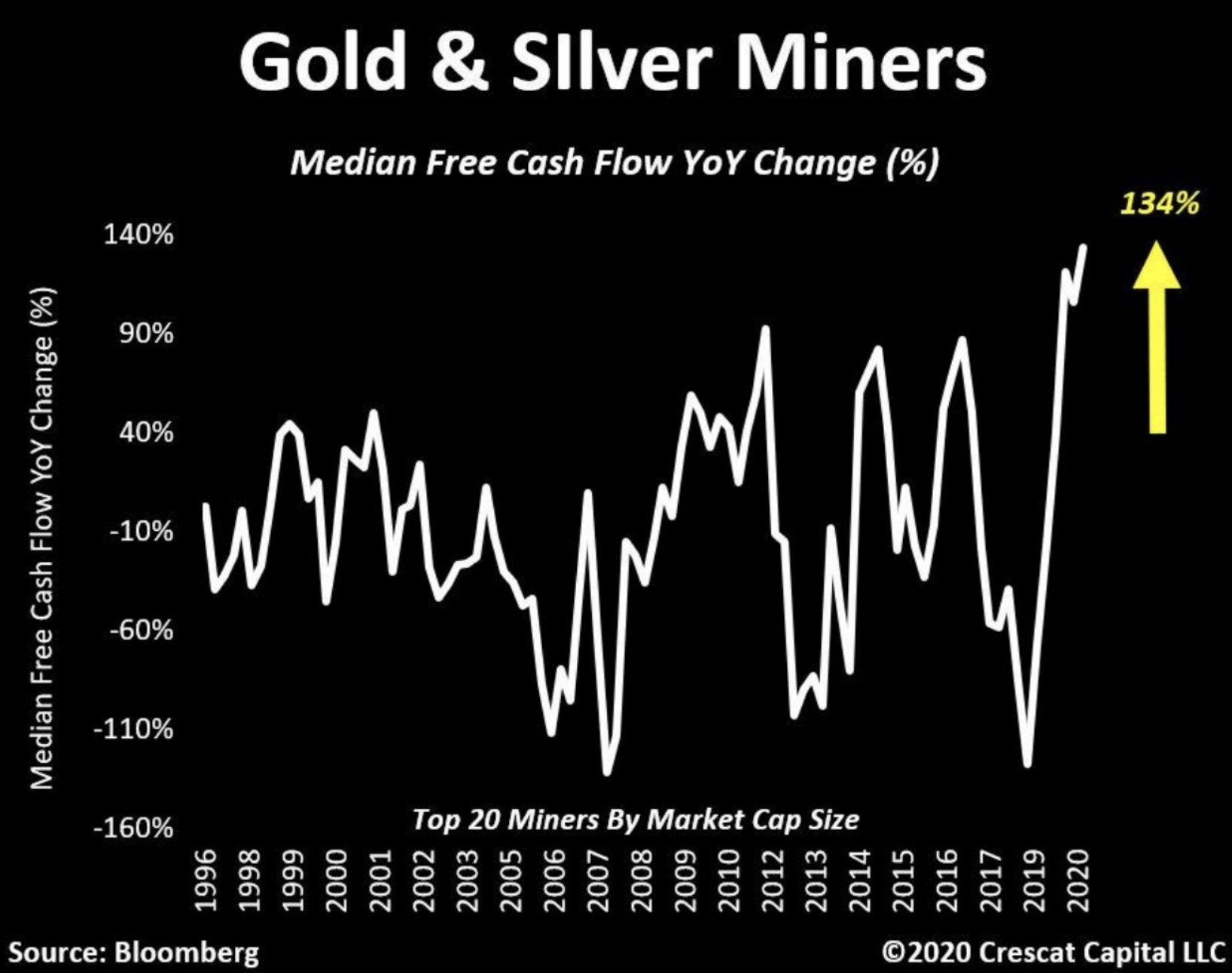 3 Shares For The Price Of 1
Eric King: “You have just completed your AGM with overwhelming approval to split your company into 3 new companies as well as acquire another high-grade gold company in that process. This latest acquisition is really a coup for you guys. Talk about how all of this will unleash a great deal of shareholder value.”

This Rarely Ever Happens For Investors
Ivan Bebek:  “Eric, the opportunity is substantial for our shareholders. We are basically tripling an Auryn shareholder’s share position, which rarely happens for investors. With the opportunities that we see in our portfolio, we believe Auryn is trading at 1/3 of what it should be trading at today, which is a great reason to split and unlock more shareholder value. Value is being missed largely in part because we have multiple flagship assets in different commodities in one company. We are a very strategic group so we have planned this for nearly two years and, Eric, and it came out far better than expected in terms of assets, people we were able to add to our team, and, importantly, the point we’re at in the commodity bull market cycle.”

Eric King:  “So if investors by a share of Auryn today they will receive 3 new shares, one in Fury Gold Mines, where you are building a Canadian gold mining company, one in Sombrero Resources, which you describe as having a ‘once in a lifetime opportunity’ relative to major copper discoveries, and one in Tier One Metals, a major silver discovery focused company.”

Agnico Eagle And Fury Gold Mines
Ivan Bebek:  “For each share they buy or own, investors will receive .7 Fury Gold Mines shares – an incredible opportunity to become a part of building a major mining company. The vision for Fury is to acquire and develop a majors growth pipeline first – as this creates the most currency in every producer followed by an acquisition, or merge with a producing asset to become an operator once currency is achieved.

Our vision is aggressive in an environment where gold discoveries are harder to make and growth will be challenged. However, we have a great start to a portfolio that we strongly believe will deliver on that goal. Our CEO, Mike Timmins, comes from Agnico Eagle, and he is, in my opinion, an unrealized superstar in the mining business who has been through the enormous growth at Agnico Eagle, so he has the pedigree, discipline and experience, and he has already been part of making this type of model work.

Sombrero
Sombrero Resources came together with the ultimate outside the box thinking which led to the identification of the possible extension of a major copper belt in Southern Peru. We have yet to drill it ourselves, however the work to-date suggests an analogous opportunity to a Las Bambas caliber discovery of copper and gold – in just 10% of the 130,000 hectare land position. Las Bambas is the 10th largest copper producer globally, plus there are several other targets that we will be revealing on our way to the inaugural discovery drilling in the first quarter of next year.

Tier One Metals
Tier One Metals was intentionally named after the best performing commodities — silver and gold — in terms of market premium on discoveries. We have a major high-grade silver target on a world-class mining belt on the coast of Peru. This is a phenomenal target for a major silver discovery. However, in the past 6 months we have identified some additional world-class swings and we as shareholders want to dramatically increase the chance of a major discovery so you will see some key acquisitions added to our portfolio.”

Eric King:  “When will spin co’s trade? What’s the last day to buy one share and get three new shares?”

Last Day To Buy Shares
Ivan Bebek:  “The last day to buy shares will be confirmed by a TSX bulletin shortly, however as of now you can buy shares up until the close of business Thursday, October 8, to get all three shares.

Fury Gold Mines will take over Auryn’s symbol and trade immediately under the ticker FURY. Tier One Metals will follow with a February trading start date on both US and Canadian stock exchanges, and Sombrero is targeted to begin trading in March. We believe there is a considerable amount of value from ongoing work programs and acquisitions that will daylight into each for both Peruvian companies between now and then. Unlocking that value is what this is all about. Auryn Resources stock symbol is AUG in Canada and the US.