On the heels of wild start to the 2016 trading year, today the man who has become legendary for his predictions on QE, historic moves in currencies, and major global events, just warned that the world now faces an economic disaster.  He also discussed the historic opportunity in the silver market.

Egon von Greyerz:  “We have talked extensively about the financial and economic risks in the world Eric. As you know, my view is that the world will face an economic disaster in the next few years that will be totally devastating and lower the standard of living for all of us for a long time to come…

Egon von Greyerz continues:   But sadly, the world is also facing a major risk of war, civil war and social unrest. I don’t pretend to be an expert on war but to identify and understand risk is one of my great interests.

Throughout history all empires reach a point when overspending and economic mismanagement lead to their downfall. The USA has now reached that point. This is a nation that by any measure is bankrupt. They have not had a real budget surplus since 1960 nor a trade surplus since the early 1970s. And debts are increasing exponentially. 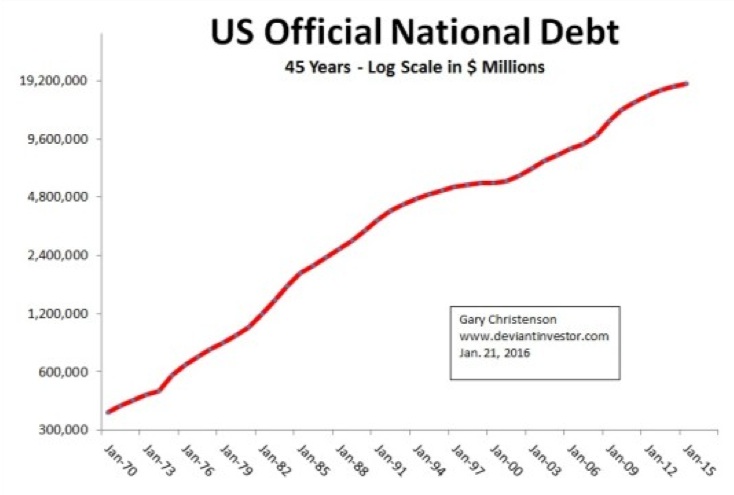 US government debt has gone from $8.4 trillion since the economic crisis started in 2006 to $19.2 trillion today. It is only because the US dollar is the reserve currency of the world that the country has gotten away with irresponsible deficit spending, combined with credit expansion and money printing. But the life of the dollar will soon come to an end as the US makes a desperate attempt to save itself from the coming collapse of its economy and currency.

In the last stages of an empire, a major war is normally the final act to divert attention from the distraught economic situation. The US has, in recent years, already started wars in Afghanistan, Iraq, Iran, Libya and Syria plus a few smaller wars. But the risk of war drums on a major scale is now getting closer. This would make it possible to print and borrow trillions of dollars to “save” the economy and simultaneously put the blame on an external event.

There are several potential regions that could be the candidate for a US involvement. The dispute with Russia over Ukraine has not been resolved and problems in this region could easily escalate again, leading to a potential nuclear attack of Russia. The US would be incapable of winning a war on the ground against a major nation. The failures in all the recent wars are sufficient proof of that. Therefore, a nuclear attack is sadly the most likely option.

Another area of potential conflict is North Korea, Eric. Their leader Kim Jong-un is getting ever louder in threatening the world, and in particular the US, with nuclear missiles. Few people believe that they have long range missiles capable of hitting the US with accuracy, but the risk that they could achieve this in the next few years could be sufficient for the US to make pre-emptive strikes against North Korea. 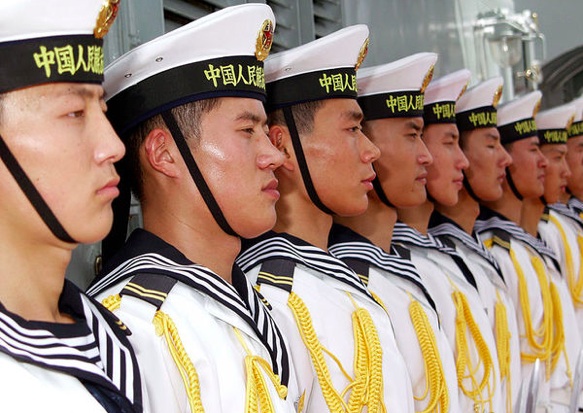 China’s Expansion
If we move a bit further south from Korea to the South China Sea, this is an area where a number of rival countries have wrangled over territory for centuries. This dispute has now escalated with China making major claims on the area by constructing islands, and also with a major naval involvement. The US is opposing the Chinese expansion and there is a risk that this relatively minor dispute could escalate to a major conflict between the US and China.

If we move to the Middle East and North Africa, this continues to be a major time bomb with potential conflicts in Syria, Iran, Iraq, Turkey, Saudi Arabia, Israel, Libya, Egypt and numerous other countries plus groupings such as ISIS, Al Qaeda etc. If we just look at the current conflict in Syria, there are so many countries involved from that region plus several Western countries led by the US and Russia of course. The potential for serious internal problems in, for example, Saudi Arabia or major conflicts between Iraq and Saudi Arabia all have the potential to get a major part of the world involved with devastating consequences.

These are just a few of the areas that could lead to a major war Eric, but the risk of civil war and social unrest is also major in many countries. Social unrest is normally the result of economic hardship and empty stomachs. In a country with a homogenous population, the risk of internal strife is smaller since there is no group to blame. But what has happened in recent years both in the US and in the EU countries is that there has been a massive immigration. In the US this is from a number of countries but in particular from Mexico.

In EU community countries there has been a major inflow from many areas including Afghanistan, North Africa and the Middle East. The bigger the social security benefits, the more migrants enter a country. This is why countries like Germany and Sweden have seen such a major inflow. I was recently in Poland and I asked them if they had many migrants. I was told that they don’t have a problem since they pay no social benefits. So that is a very simple way of reducing the number of immigrants. So Eric, when a downturn in the economically fragile USA and EU starts in earnest, the risk of internal conflict is major.

Interestingly, China could also face a civil war. The massive credit expansion in China could easily lead to an economic downturn and hardship for the Chinese people. Social unrest and a civil war could easily follow. There are many historic precedents for this in China.

Eric, it is not my intention to be a warmonger here. I sincerely hope that all the things I have talked about won’t happen. But just like with the economic and financial risks, the war or civil war risks are today major. Investors must be aware of this and take whatever protection they can. I realize that everyone can’t leave the US or the EU but there will be safer regions even in these countries. Big cities always represent the highest risks. Small towns or villages will always be safer and even more remote areas.

And with all these risks of whatever kind, wealth preservation is critical. Throughout any crisis in history, whether economic or political, physical gold and some silver have saved many people from total misery. In my view, gold is the best form of wealth preservation, but currently I believe that silver also represents an excellent opportunity. Silver is oversold and very undervalued in relation to gold. Global silver stocks have declined by over a billion ounces in recent times and are now virtually nonexistent.

Throughout history an annual wage has been around 50 ounces of silver. But in the last one hundred years this measure has got out of sync. If we assume that an average wage today is $50,000, and that should be the same as 50 ounces of silver, the price of silver needs to be $1,000 to come back to the historical norm. As you know Eric, I said in my interview last week that silver could reach $660 based on my projection of $10,000 gold and a gold silver ratio of 15. So $660 or $1,000 are both potential longer term targets for silver.

But I must stress again that physical gold and silver must be bought to insure wealth against all the risk that I have talked about. Metals should not be bought for speculative purposes but as insurance against a potential total destruction of conventional assets such as stocks, bonds and property…To hear more about the coming massive financial destruction from the man who advises the largest global sovereign wealth funds, hedge funds, investment banks, and institutional money managers in the world, Michael Belkin, you can listen his amazing audio interview by CLICKING HERE OR ON THE IMAGE BELOW.

BUCKLE UP: More Pain Ahead Is Setting The Stage For A Fed Pivot That Will Rock Global Markets