After a large decline in the dollar this week, both gold and silver continued to surge on Friday, with gold gaining close to $30 and silver rising 30 cents.  On the heels of that trading, below is an important update on the war that is raging in the gold and silver markets.

Commercial Short Positions In Silver Hit All-Time Record High!
King World News note:  Below you can see the commercial hedgers position in the silver market market.  Note that commercial hedgers been adding aggressively to their short positions and have hit a new high in terms of their overall shorts (see multi-year chart below). 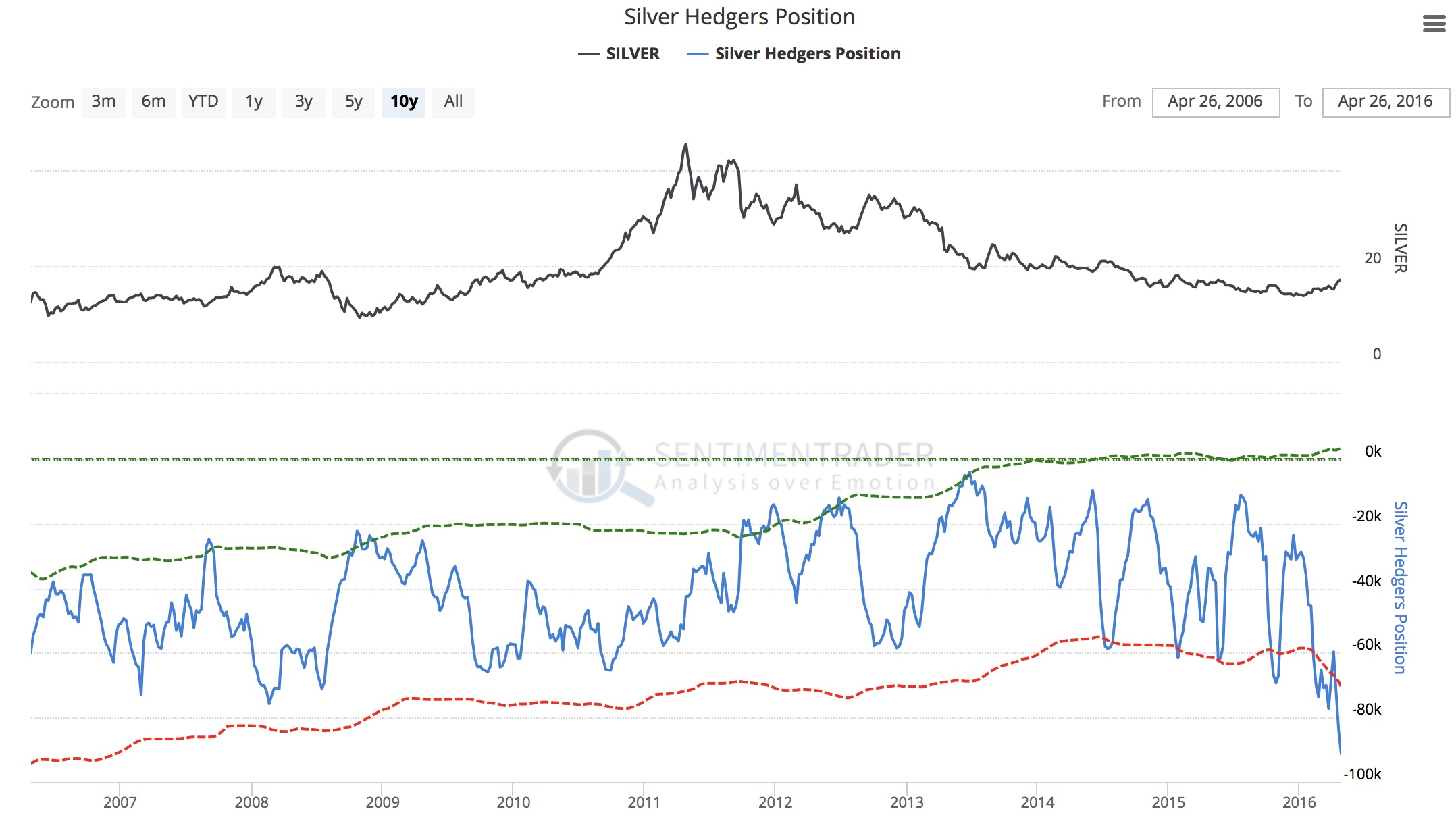 The next chart takes a longer-term look at silver…

King World News note:  Sometimes it’s important to take a step back and look at the big picture in the silver market.  Looking at the 23-year chart below, the commercials are now the most short silver that they have ever been in history (see fascinating 23-year chart below). 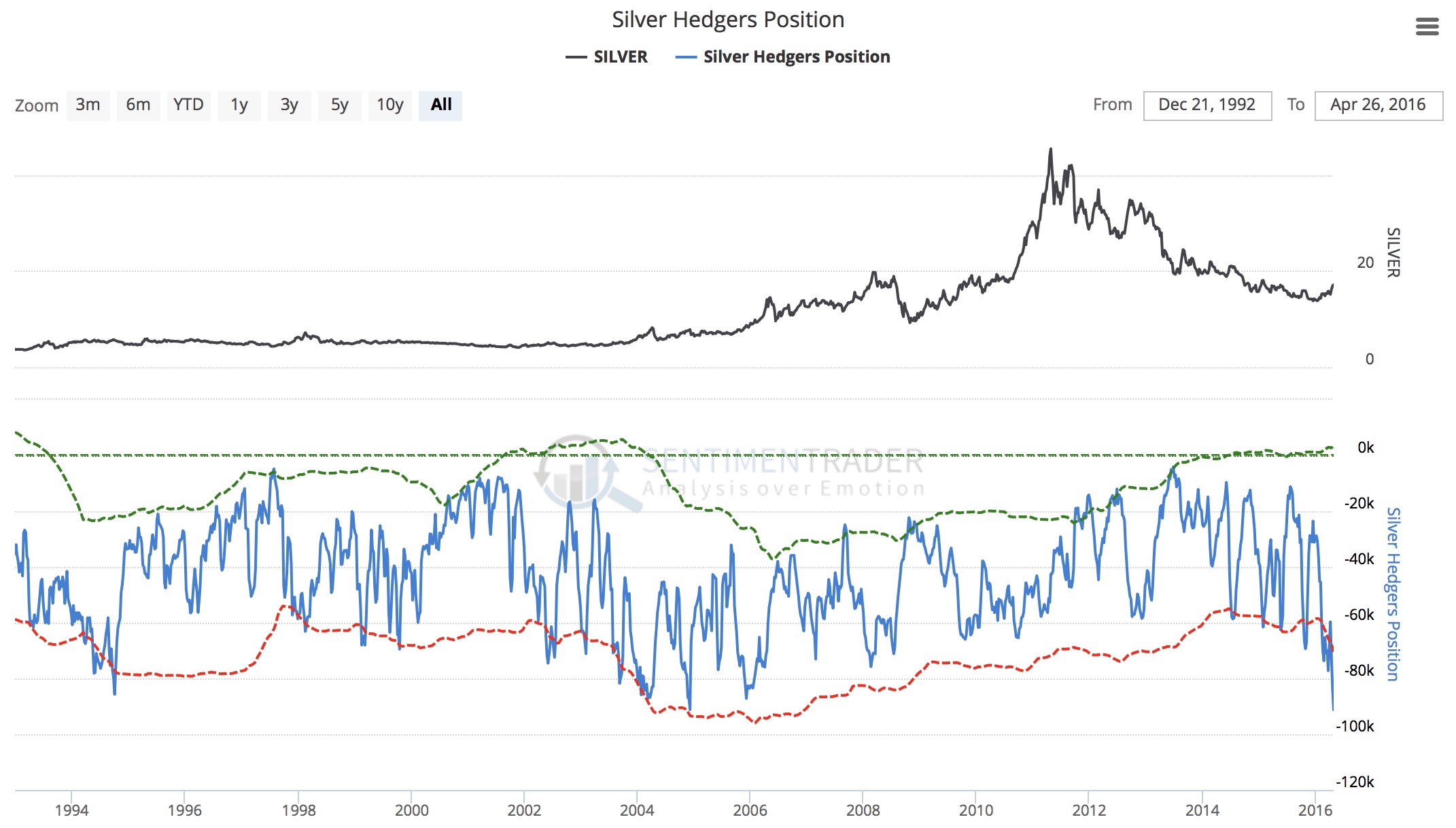 King World News note:  Below you can see the commercial hedgers position in the gold market.  There was essentially no change in commercial short positions reported for this week (see 10-year chart below).  That does not mean that the price of gold cannot continue heading significantly higher in the short-term, but it does raise a caution flag. 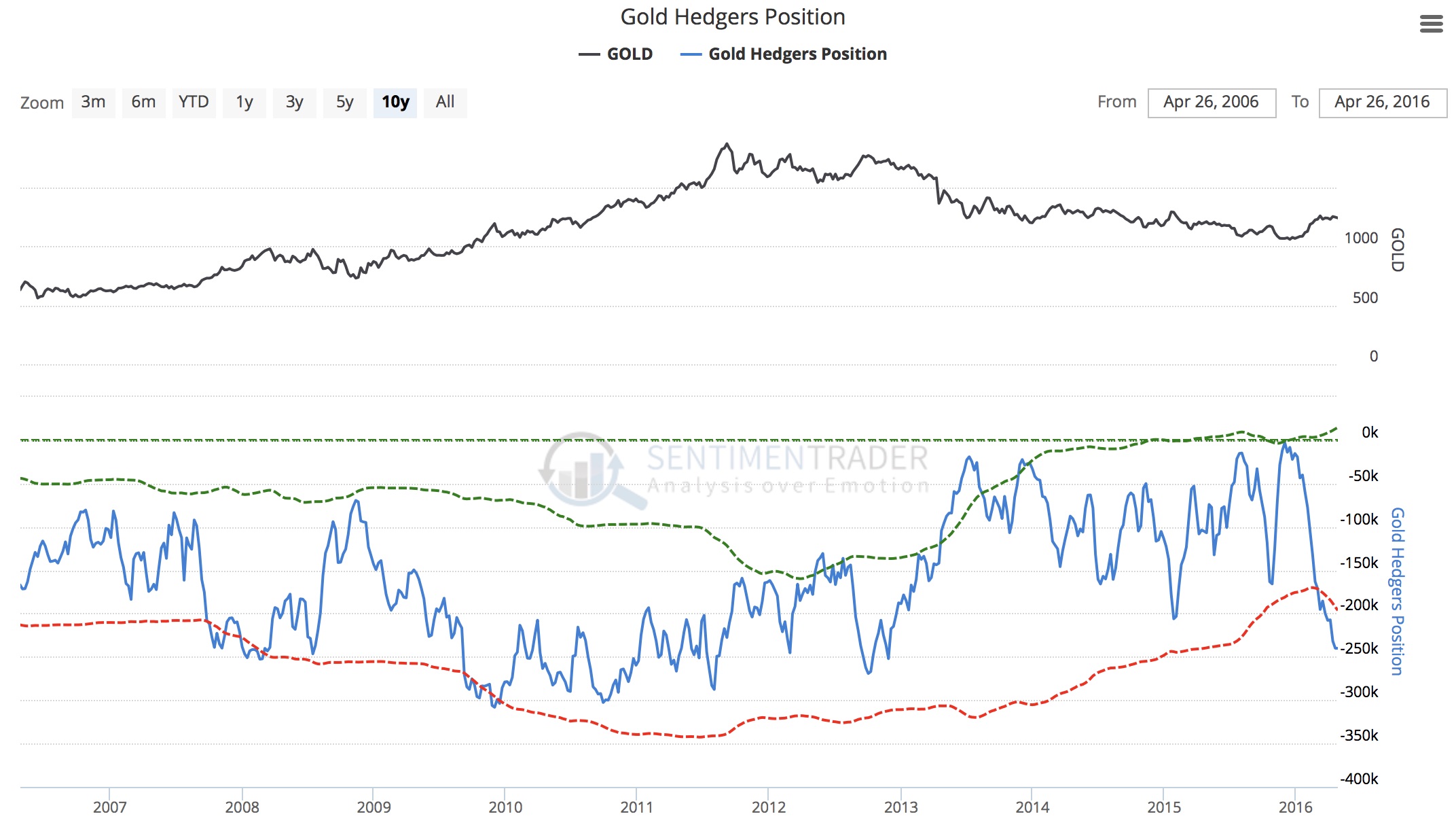 Question: What effect do you think the current day-trader commodities mania in China is having on precious metals? And if that bubble pops as the China stock market’s did, do you expect a big correction in gold? Thanks!

Answer from Fleck:  “Not much so far.”

King World News note:  In closing, the commercials were never this concentrated in terms of their short position in gold until after 2008.  This means there could still be a lot of room to the upside in the gold market, but the current leg of the advance is in a danger zone in terms of the commercial short position in gold. ***The last time legend Rob Arnott was interviewed on KWN he recommended a specific fund to the global listeners, including the ticker symbol.  In less than 3 months that fund has returned more than a staggering 26 percent!  Arnott again gave specific recommendations for the global listeners and he also discussed the coming inflationary carnage that is in front of us.  To hear his latest recommendations you can listen to his powerful audio interview by CLICKING HERE OR ON THE IMAGE BELOW.