Here is a stunning look at China’s massive demand for gold and other commodities.  Also, silver is ready for a big surge.

China’s Massive Demand For Gold & Other Commodities
March 13 (King World News) – Below is a good luck at China’s percentage of global demand for commodities, including gold.  Keep in mind that China’s population totals 19% of world population and their economy comprises 15% of global GDP.

Gold’s $1,400 Breakout Is The Key
When the next leg of the secular bull market in gold moves above $1,400, the price of gold will see serious upside action as the weak hands have all sold out.  Most of the West’s gold has already moved to the East, so prices will have to be taken significantly higher to encourage any selling….

Silver Ready To Surge?
Meanwhile, it appears that the silver market may be ready for liftoff, especially if there isn’t another orchestrated takedown in gold.

Silver vs Gold – Ready To Turn In Silver’s Favor! 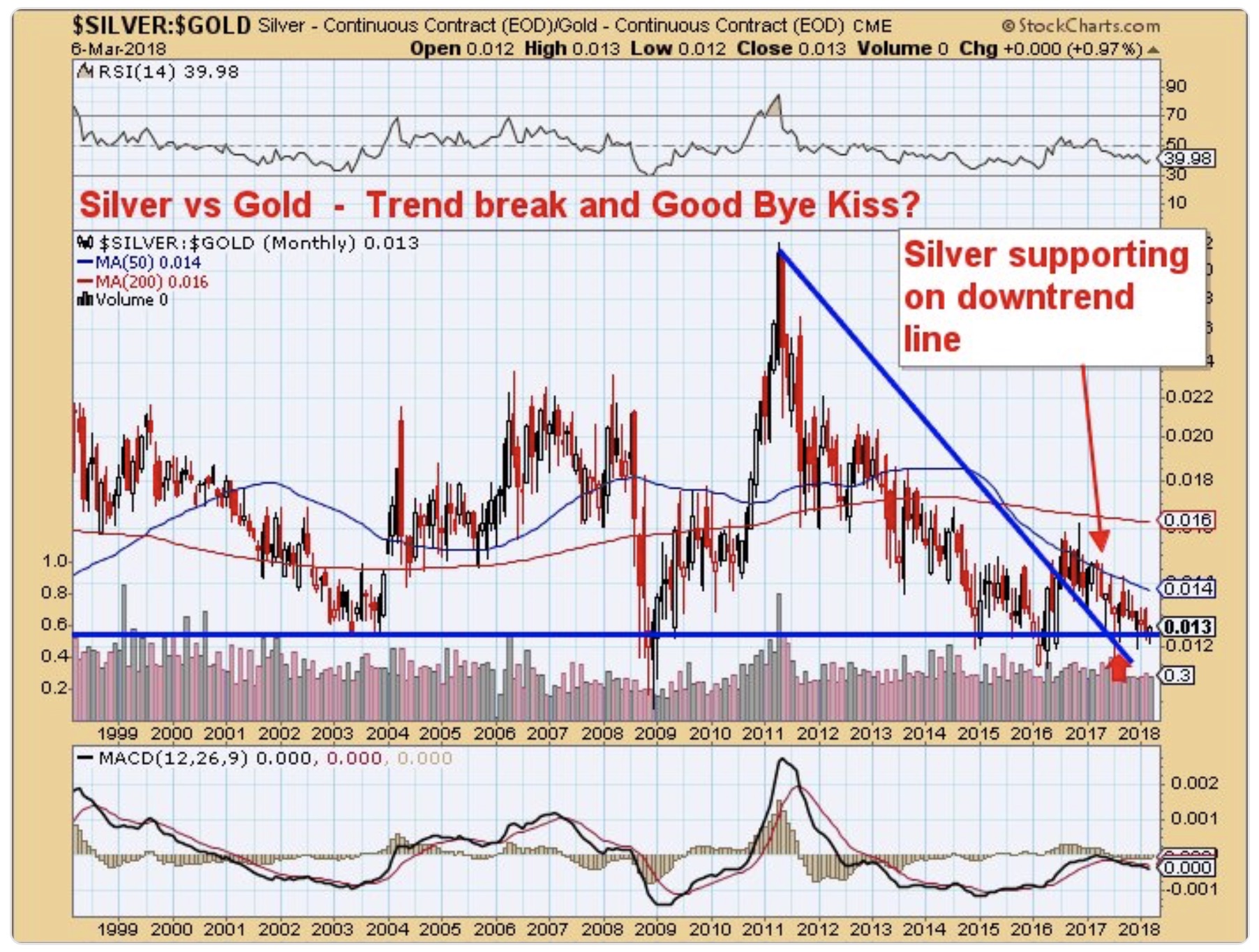 The Bottom Line
It remains to be seen if there will be another attempted takedown in the gold market in order to allow the commercials to cover their short positions.  The silver market has already been cleaned out and is ready for an upside surge.  The last of the back and forth in these markets is coming to an end one way or another and the next leg higher is about to resume.