At the end of another wild week of trading that saw the Dow lose over 1,000 points on Thursday, bullion banks are covering gold and silver short positions as the next major financial crisis is imminent. 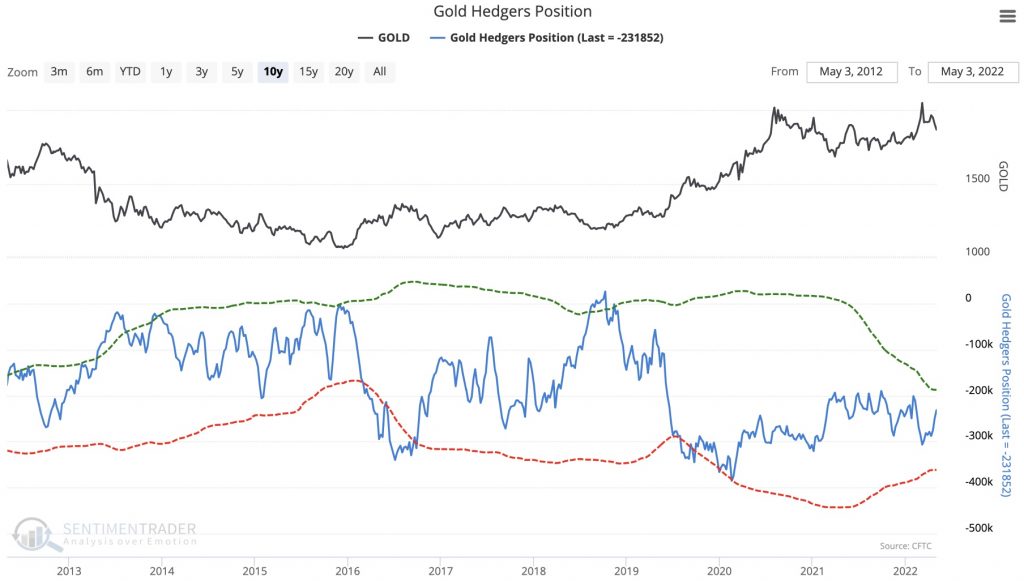 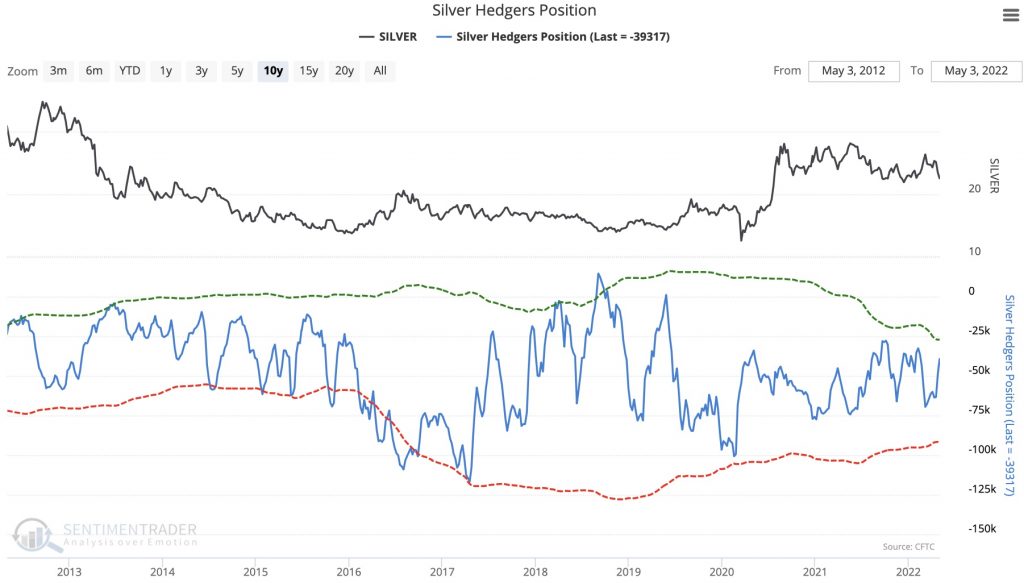 About The Latest Gold COT Report
Fred Hickey had this to say about the latest COT report:  Lots of progress in today’s gold COT report. Managed Money (hedge funds) net long futures position drops another 20% (thru Tuesday) down 13.3K contracts to just 67K. Longs down, shorts up. Approaching lows for the year – when gold was under $1,800 – just before gold ripped to $2050+.

I watch Managed Money very closely because hedge funds are notoriously most long gold futures contracts at tops and have their smallest net long positions (and very rare net shorts) at bottoms. Even better indicators than Commercials (“smart money”) who do the opposite.

Everything falling in place – maybe just weeks away from next big rally when seasonality begins to turn favorable. Historically, best time to buy gold is mid-June. Should be plenty of hedge fund buying power at that time. They currently have just 25% of typical peak positions. Given what’s happening in the stock & bond markets (slaughter) maybe gold investors will start anticipating in June Fed chairman Powell’s next pivot (dovish) later this year.

The Next Major Financial Crisis Is Imminent
James Turk:  If you can illustrate a spinning top, before the top finally falls over you get a wobble and it looks like it’s going to fall over, and then it rights itself, and then it slowly stops spinning and completely falls over. This past week we’ve had a wobble with the Dow Jones declining, bond yields soaring, but we’re not yet to the stage where the crisis has actually occurred — that’s yet to come, probably later this year. And we have to think about what that crisis is going to do because if you lived through 2008 or any of the other crises that have occurred in recent history, you…to continue listening to James Turk’s timely and powerful audio interview CLICK HERE OR ON THE IMAGE BELOW.