Major red flags are waving as pension funds are now engaging in risky leverage, plus a look at more monetary madness.

November 17 (King World News) – Peter Boockvar:  It was a few weeks ago that the Federal Reserve released its Financial Stability Report when they highlighted the financial risks that they themselves created. The ECB today is doing the exact same thing in their Financial Stability Review. “Concerns particularly relate to pockets of exuberance in credit, asset and housing markets, as well as higher debt levels in the corporate and public sectors as a legacy of the pandemic.” No, I say, this is the legacy of zero interest rate policy and massive QE. The ECB, just as the Fed, RBA, RBNZ, BoC, etc… have created housing excesses with cheap money and said, “Risks of price corrections over the medium term have increased substantially amid rising estimates of house price overvaluations.”…

On asset prices specifically, “The markets for equity and risky assets have maintained their striking buoyancy, making them more susceptible to corrections. There have been examples of established market players exploring more novel and more exotic investments.” Back to housing, “In parallel, euro area housing markets have expanded rapidly, with little indication that lending standards are tightening in response.” You mean that when everyone is encouraged to do shots at a party every 5 minutes that many will get drunk with exuberance and take things to excess?

Further clinching a December Bank of England rate hike I believe, especially after yesterday’s jobs data, the UK said its headline CPI rose 4.2% y/o/y in October and 3.4% at the core, both 3 tenths more than anticipated. PPI, both input and output charges, also jumped more than expected. PPI in particular is up 13% y/o/y for input charges and 8% for output. The retail price index, which feeds into the inflation linked gilts, rose 6% y/o/y. It’s getting really, really hard to substantiate that a .10% benchmark interest rates is the right stance for a central bank whose sole mandate is price stability. The 2 yr gilt yield is down 2.4 bps today but after rising by 8 bps in the two prior days. The UK 10 yr breakeven is up by almost 4 bps to 4.10% and just off the highest in 25 years. The pound is higher for a 4th day, getting back what was lost after the BoE punted on a hike a few weeks ago. UK stocks by the way remain some of the cheapest in the world. 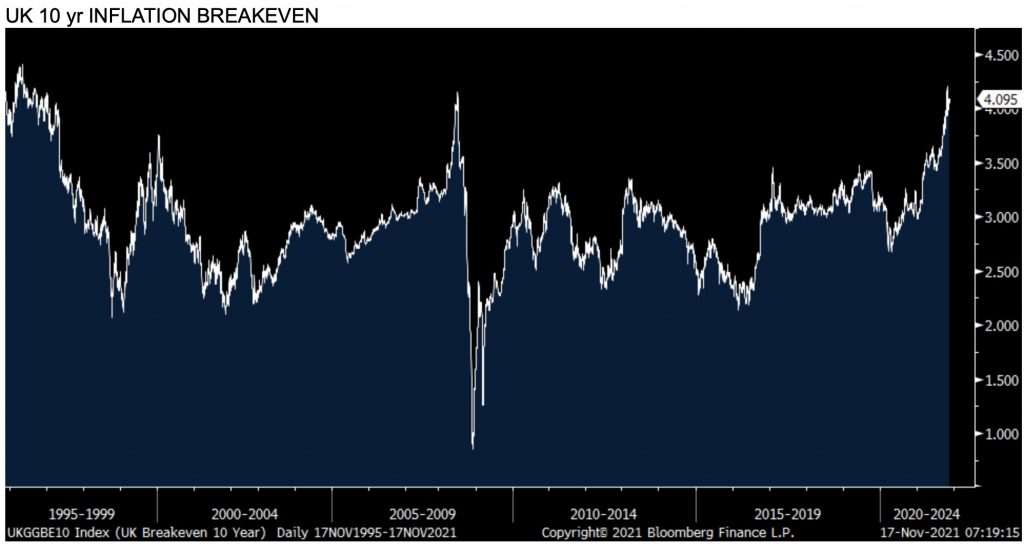 I include a chart of the US 5 yr yield below because it quietly closed yesterday at the highest level since February 2020 at 1.26-.27%. It started the year at .35% so the market has essentially hiked rates by almost 100 bps. As the average maturity of Fed QE has been about 6 years since March 2020, they are also slowly losing a buyer. 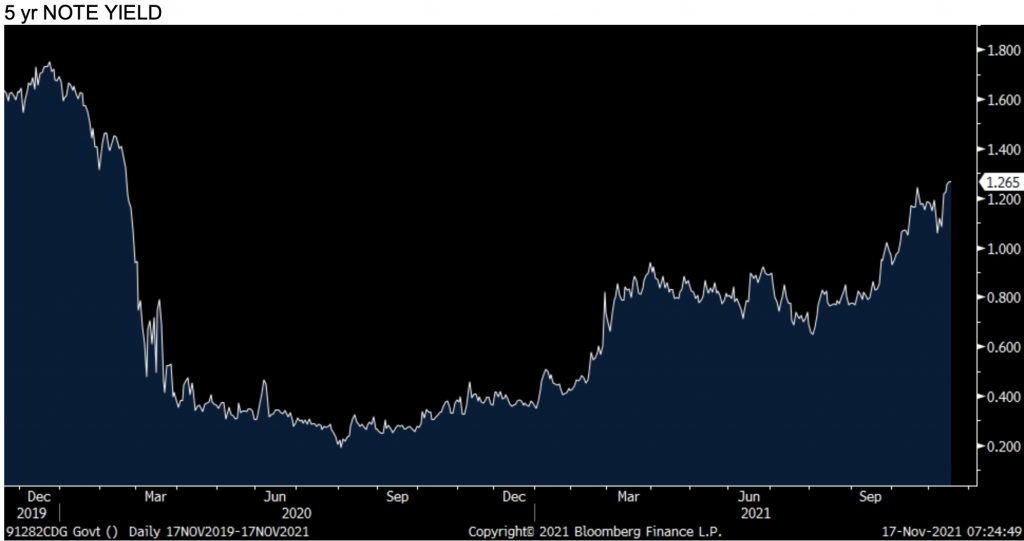 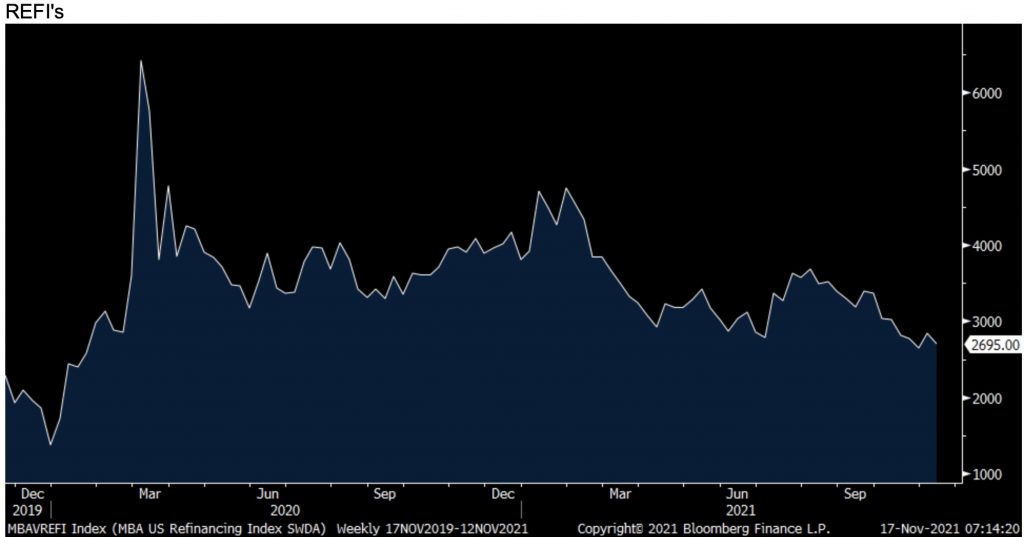 The uptick in mortgage rates is partly to blame but also I would assume that many who have wanted to refi with historically low mortgage rates likely already have. With respect to purchases, those that are taking on a mortgage are competing against an ever growing pool of all cash buyers, many of course are institutional investors who won’t be living there themselves. Another sad unintended consequence of the Fed’s monetary policy and the voracious search for yield.

Risky Leverage Indeed
As for that search for yield, if you didn’t see yesterday, Calpers is upping their private equity allocation by 500 bps (with PE being a leveraged long) and added $25 billion of debt to the overall portfolio so they can leverage returns to try to achieve their 6.8% target. CLICK HERE for WSJ article.

Mother Of All Moonshots About To Get Underway For Silver